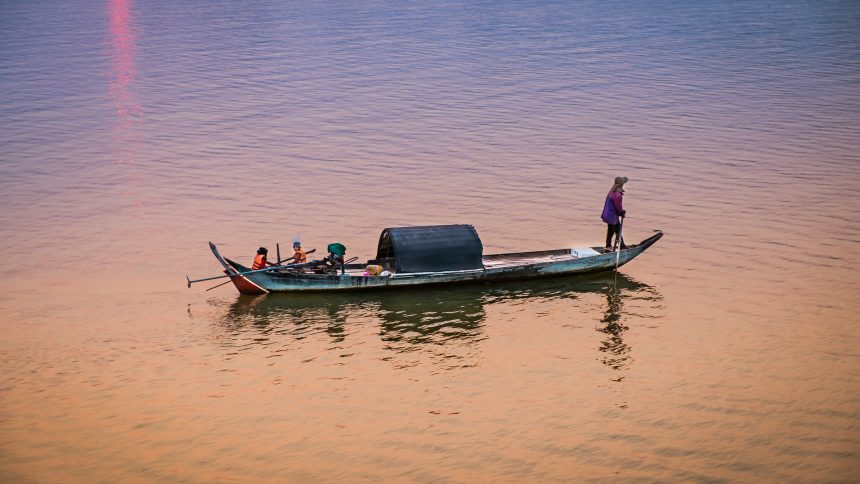 Many of the world’s great communities and cities have formed on the banks of a river, and yet still today millions of people live in smaller towns and villages dotted along the worlds great and small waterways. Here’s are our favourite life-giving beautiful giant rivers that wind there way through some of the worlds great countries and continents. 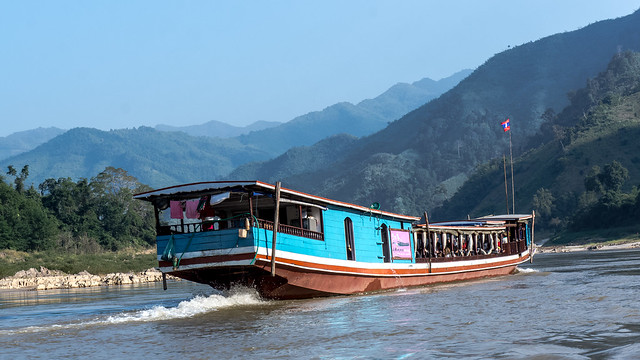 The might Mekong River makes its way through Thailand, Cambodia, Laos, China, Myanmar and Vietnam and is one of the world’s longest rivers starting out in the Tibetan Plateau and coursing through six countries before emptying out in the South China Sea. It is some 4,350 kilometers long, and while there’s obviously many places you can see the Mekong River – including in cities like Ho Chi Minh City, Phnom Penh and Vientiane – our favourite is to do a two-day slow-boat cruise in Laos between Huay Xai and Luang Prabang. Laos has a slow pace of life and it’s natural beauty, charming people, and Beerlao beers make Laos the kind of place you could get used to. Not yet overrun by tourists, the slowboat along this stretch of the Mekong River is a delight. You will see children playing in the water, big animals taking a drink, women washing clothes and daily life going on around you. Lose all of your cares and take some delightful photos. 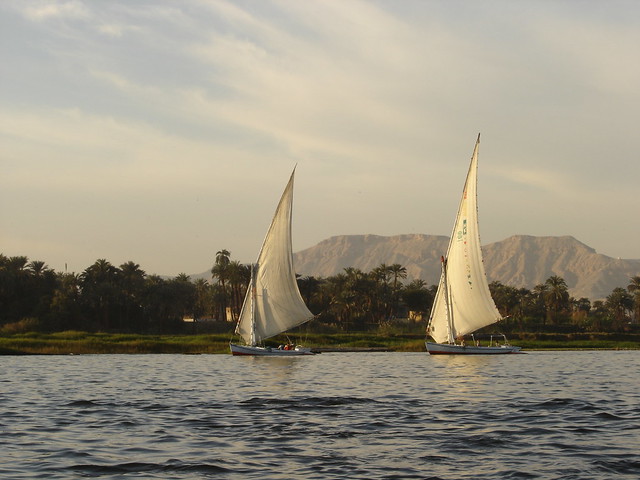 Most people think of Ancient Egypt when they think of the Nile, and yet it’s a river that courses through several other countries such as Ethiopia, Sudan, Uganda, Congo-Kinshasa, Kenya, Tanzania, Rwanda, Burundi, South Sudan and Eritrea. The length of the Nile is some 6,853 kilometers, starts in Lake Victoria (although it has other sources too) and drains into the Mediterranean Sea. Many people do a multi-day Nile river cruise between Luxor and Aswan, stopping by sites along the way such as the Valley of the Kings, the Luxor Temple, the Temple of Edfu and then heading further down Lake Nasser to Abu Simbel. Try to book a cruise where local Nubians are your guides as that way you can get a glimpse into Nubian culture and enjoy one of the best adventure travel activities in North Africa. 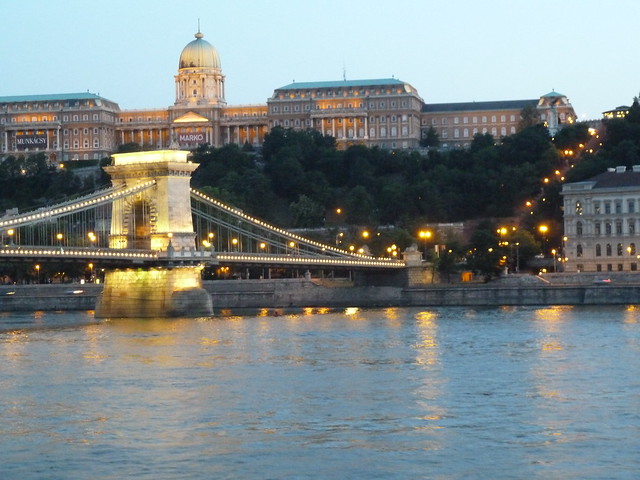 The beautiful blue Danube passes through the heart of Europe as it touches Austria, Romania, Bulgaria, Slovakia, Hungary, Ukraine, Croatia, Germany, Serbia and Moldova. One of our favourite places to see the Danube is in the capital of Hungary, Budapest, where beautiful bridges connect the Buda and the Pest sides of the city. Cruises between Budapest and Vienna are also very popular. 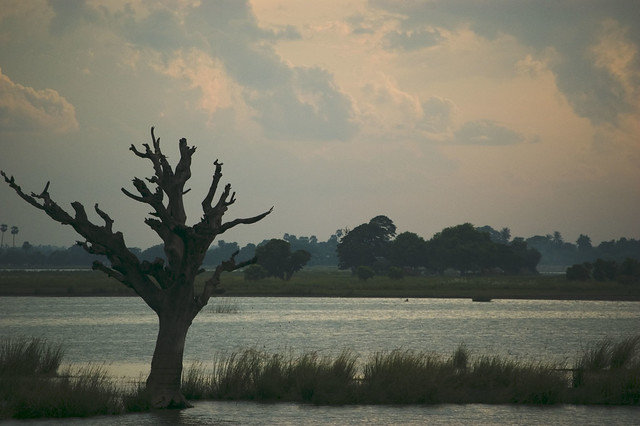 Starting out in the Himalayan glaciers, the 2,170 kilometer long Irrawady river goes from north to south in Myanmar. Recently Myanmar has opened up to tourists following political turbulence and a travel ban. Thus, the Irrawady is an exciting body of water to check out, as Myanmar (formerly Burma) is somewhat of an enigma to many travellers. The Irrawaddy Delta is also worth seeing as it flows into the Andaman Sea. The most popular river cruises start in Mandalay and head either south to Bagan or north to Katha. The river banks are dotted with waterside monasteries, and you’ll be able to hear morning prayers at sunrise from these idyllic locales. Like the Mekong, you’ll see the everyday life of the locals pass you by. 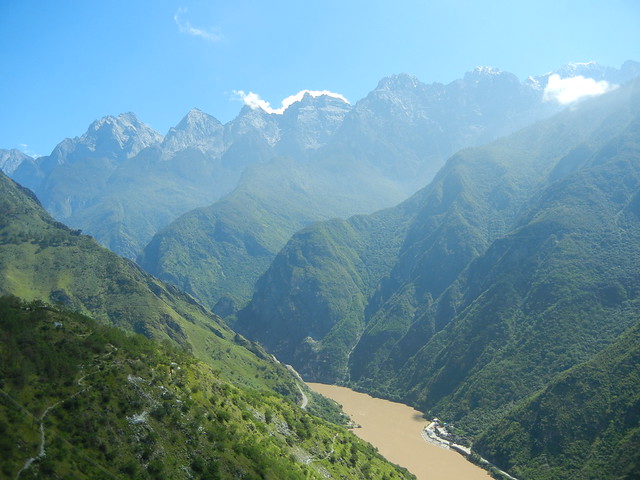 The Yangtze River is the longest river in Asia and the third longest in the world. At 6,300 kilometers long it slices west-east through China. It’s not possible to go by boat the entire length due to dams that have been built, but the most common for tourists is to take a multi-day cruise along the Three Gorges area. Here the scenery as mountains meet the river on both sides is stunning, particularly at sunrise and sunset. 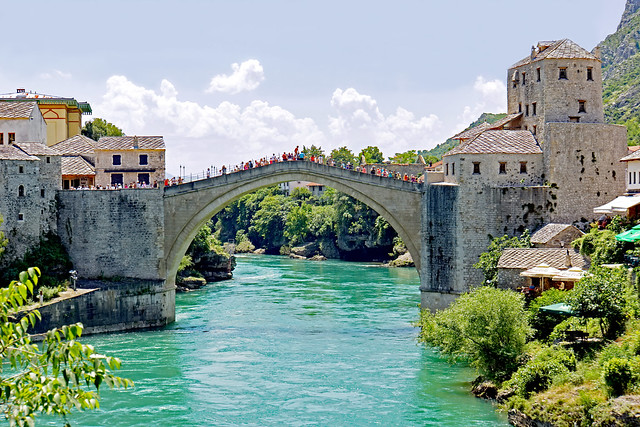 Not many people associate emerald green rivers, and giant mountains that form the banks of this clear blue water with Bosnia and Herzegovina, but there it is. The Neretva River starts out in the Dinaric Alps, and ends in Croatia’s Adriatic Sea. One of the most famous places to see the Neretva is from Mostar’s famous Old Mostar Bridge, from where locals jump into the clear blue river below. Mostar is one of the most famous adventure travel destinations in Balkans. It’s also stunning to see the river through a winding road trip of Bosnia’s regional areas. This river and the surrounding mountains rival the lakes districts and mountains of the Alps and the Dolomites in western Europe, for sure!

The World’s Best Snorkelling Spots
6 of Europe’s Most Glamorous Islands
Yachting, Sailing and Boating in Europe this Summer
Boarding Now: Paddle Boarding and Body Boarding
Explainer: Parasailing Vs Kite Surfing
Explainer: Water Skiing Vs. Wake Boarding
Jet Fuel: The Ultimate Guide to Jet Skiing
Power Boat Racing
Impressive Sailing Races and Records
Liked this article? Looking for the latest in travel and adventure news? Then check out the rest of our articles at Adventure Herald. You can also like us on Facebook, follow us on Twitter or Instagram to keep up with our latest antics.
Tag adventure travel biggest rivers Bosnia and Herzegovina central europe china Danube egypt giant rivers Laos Mekong River Myanmar Nile rivers southeast asia The Irrawady The Neretva water sports Yangtze