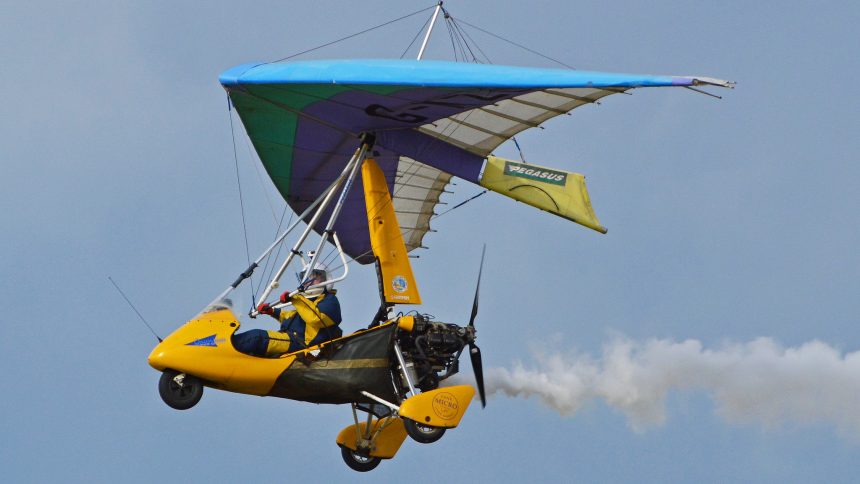 Looking for a new extreme sport to try out this year? One way to defy gravity and take part in mankind’s ongoing quest for flight that you may not have thought of is microlighting. Ultralight aviation, or Microlighting is a MUST for any adventure-seeker’s bucket list.

Somewhat reminiscent of the contraptions seen in Those Magnificent Men in their Flying Machines, or perhaps Wacky Races,  they are quite safe to use, as well as being a relatively affordable way to fly, thanks to how quickly the microlighting has evolved over the past two decades. In fact, it’s possibly the safest form of motorized flight out there.

Small and light as you might expect, microlights are powered by a small engine and stemmed from the popularity of hang gliding in the late 70’s.

The aircraft are also known as trikes, 2-axis microlights, flex-wing trikes, weight-shift-control aircraft, delta trikes or motorized deltaplanes. There are many variations to choose from and some can accommodate two people.

Fun fact: The longest distance ever traveled by microlight is 1,627.78km by Wilhelm Lischak on 8 June 1988. The flight took the Austrian native from Volsau all the way to Brest, France.

Why should you try microlighting?

Many of us have a desire to fly, and traditionally it has been an activity reserved for the wealthy. Aside from the fun and relative safety of this extreme sport, it’s quite affordable.

Teaching yourself to fly is not recommended and one thing to keep in mind when selecting a school is that some will not permit you to fly the school aircraft once you have completed your first solo flight. From then on you will have to purchase and fly your own machine.

Former meteorologist Christian Moullec made headlines as the ‘birdman’ who flies his microlight with geese as they migrate across gorgeous French landscapes. He began in 1995 when he noticed that some geese were having trouble reaching their migration destination and began to guide the vulnerable species of birds on safe migration routes in a conservation effort that he still carries out almost daily.

Moullec uses a technique known as imprinting, where the birds will regard the first moving thing they see upon hatching as their mother and will follow it wherever it goes.
These days, from March through October, Moullec takes tourists up in the sky to fly alongside him and his avian companions, with tourists coming from all over the world for the extraordinary 35 minute experience.

Some of the Best Places for Microlighting

Pokhara, Nepal is a well known destination for ultralighting, and offers birds eye views of a valley of lakes, green forests, a city situated on the lap of Annapurna range and the world famous Himal white peak.

Meanwhile, microlighting at Victoria Falls has been described as one of the most incredible aerial experiences that takes you over the Zambezi River towards the Victoria Falls and circles the waterfalls and allows for plenty of birds-eye wildlife viewing.