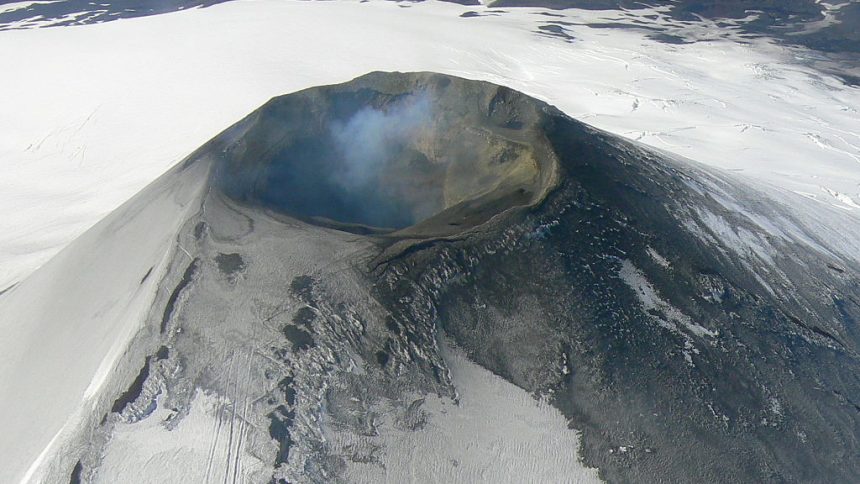 One example of Wales’ burgeoning extreme sports and adventure scene, Zip World Velocity, the world’s fastest zip line is located at Penryhn Slate Quarry, near Bethesda in North Wales. The longest zip line in Europe, it sends you rocketing through the Welsh mountains at speeds in excess of 160 km/h. The stunning surroundings include what was once the largest slate quarry in the world nearly 1.6 km long, which you will cross during your heart-stopping one minute long flight. Rather than dangling from the wire in a sitting position, you lie flat, which gives riders an incredible sense of gliding like a bird. Those who have done it say it’s a truly exhilarating and unforgettable experience and the whole adventure takes roughly an hour and a half.

Speed riding is a relatively new example of extreme sports travel ideas for adrenaline junkies which essentially is a combination of skiing and paragliding. In this extreme sport, you can ride (and fly) the slopes at incredible speeds of up to 144 km/h. The concept is pretty simple. Get your skis on, strap yourself to the suitable canopy, start skiing downhill and prepare to fly. In this extreme sport, there is no limit on how steep the slopes you can tackle are, and as for jumps, well, the sky’s the limit. Having some aspects in common with wingsuit flying and hang gliding, it differs in that it offers some great maneuverability, allowing for some very tight squeezes between trees and rocky mountain faces. One of the most extreme mountain adventures out there, it’s not for beginners. If you’re up for learning how to do one of the most staggeringly difficult extreme sports you can do it at Les Arcs Speed Riding School. 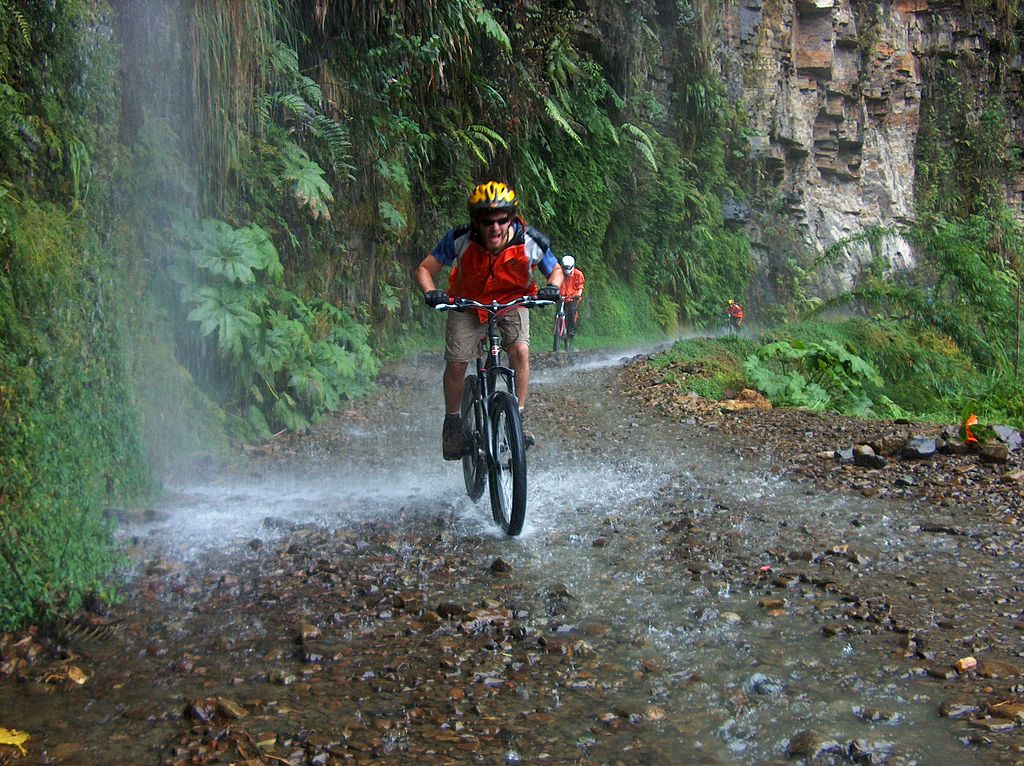 The North Yungas Road in Bolivia, also known as one of the world’s most dangerous roads goes by the nicknames “The Death Road” or “Camino de la Muerte” and despite its name, has been attracting over 25,000 thrill-seeking mountain bike riders annually since the 90’s. The infamously narrow Death Road was cut into the side of the Cordillera Oriental Mountain chain in the 1930’s by Paraguayan prisoners during the Chaco War. The winding road is surrounded by rocky mountain terrain and lined with pretty terrifying precipices leading to 1,000 m sheer drops. The bike road extends for 64 km downhill with a sparse few small uphill and flat stretches. The journey takes you from the 3,600 m altitude in the snow-covered plains and mountain ranges right down to the steaming Amazonian Jungle, allowing plenty of time to drink in the dramatic green scenery for an unforgettable adventure.

Camp on the Side of a Cliff

For what people have described as a transcendent experience, you can spend the night camping out suspended on the sheer side of a cliff. Also known as a ‘portaledge hotel’, guests spend the day rock climbing before abseiling down at sunset to settle down on a ledge bed for the night. That is, if you can sleep knowing you are suspended 18 stories high with just a harness which can, understandably, trigger a pretty strong “fight or flight” response for some. The narrow sleeping quarters, only big enough for two sleeping bags might take some adjustment. However, as dangerous as this may seem, in reality it is a safer activity than riding in a car. The views of sunrise are worth the discomfort, as well as the awe-inspiring views and connection with nature and the rewarding feeling that comes from the experience. Kent Mountain Adventure Center Colorado offers cliff camping from May through September. The 24-hour experience costs $1,200 for one person, or $800 per person if there are two of you sharing. All food and gear is provided. Alternatively, you can try cliff camping in Wales on a cliff above the sea for £500 per person.

Bungee Jumping into a Volcano 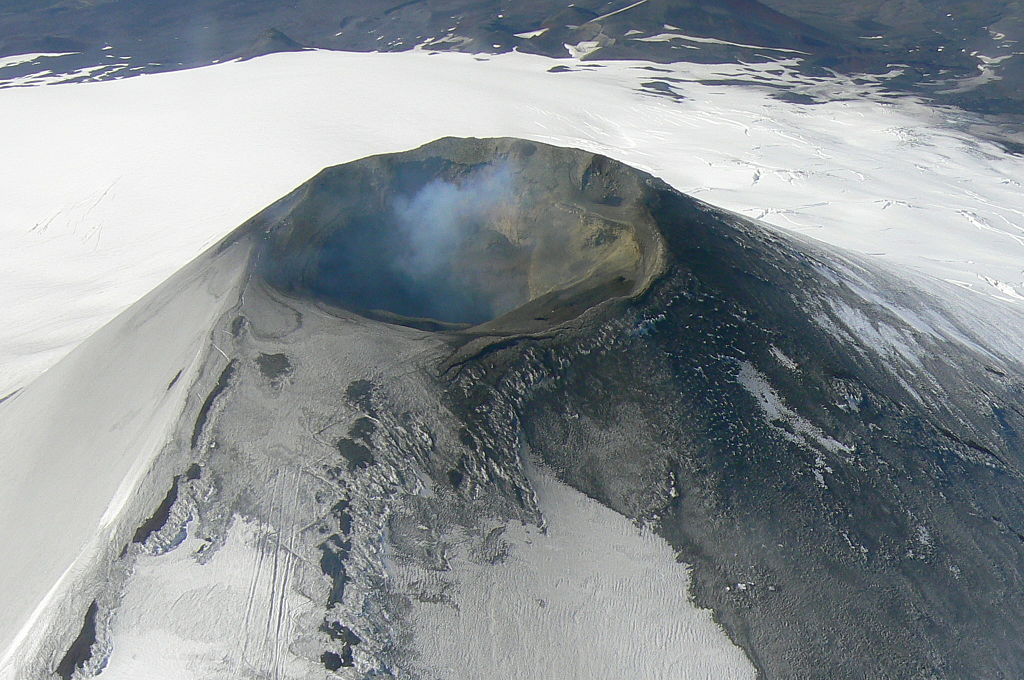 Photo by: Sarah and Iain

When bungee jumping went out of vogue in recent years, Bungee.com thought it would try and revive the extreme sport by livening things up a bit. With the introduction of bungee jumping into a volcano, you might say they’ve succeeded. You’ve probably heard of volcano boarding by now, which involves sliding down an active volcano on a specialized board. Total snooze-fest compared to volcano bungee jumping. The company in question will fly you out to the Chilean volcano, which involves travelling on the edge of a helicopter flying at 135 km/h for 35 miles. Once you manage the trip,which is an adventure in itself, the helicopter hovers above the molten red mouth of this angry volcano (which is still active!) and tosses you out on a 100 meter long rope, letting you come within just 213 meters of the pool of fire below. Did we mention that Villarrica Volcano is still very much active? In fact, it last erupted in 2015. If you lose your eyebrows don’t say we didn’t warn you!