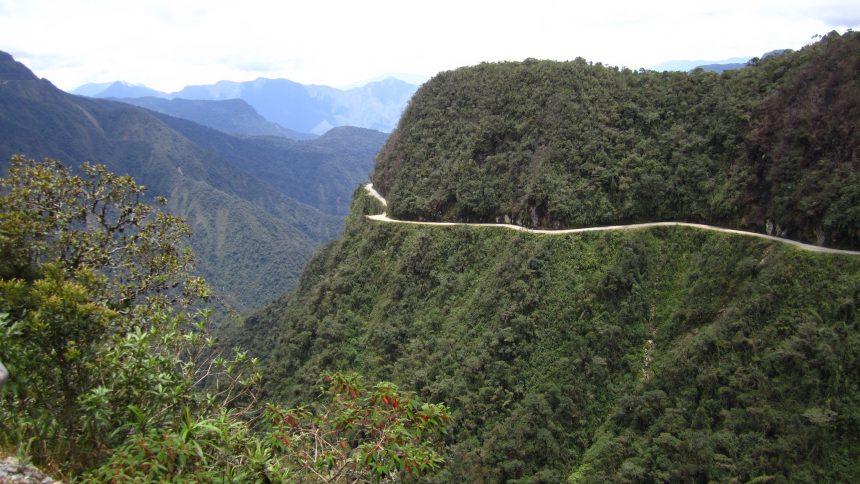 The World’s Most Dangerous (and Incredible) Roads

Do you spend way too many hours each week stuck in traffic, just dreaming of a little adventure? Well you might be thankful for the safe roads you get to travel on when you see some of the world’s most dangerous roads, that are also nothing short of incredible. They’re each incredible because of the scenic route they afford, yet also incredible because it’s a wonder anyone actually survives driving along them! 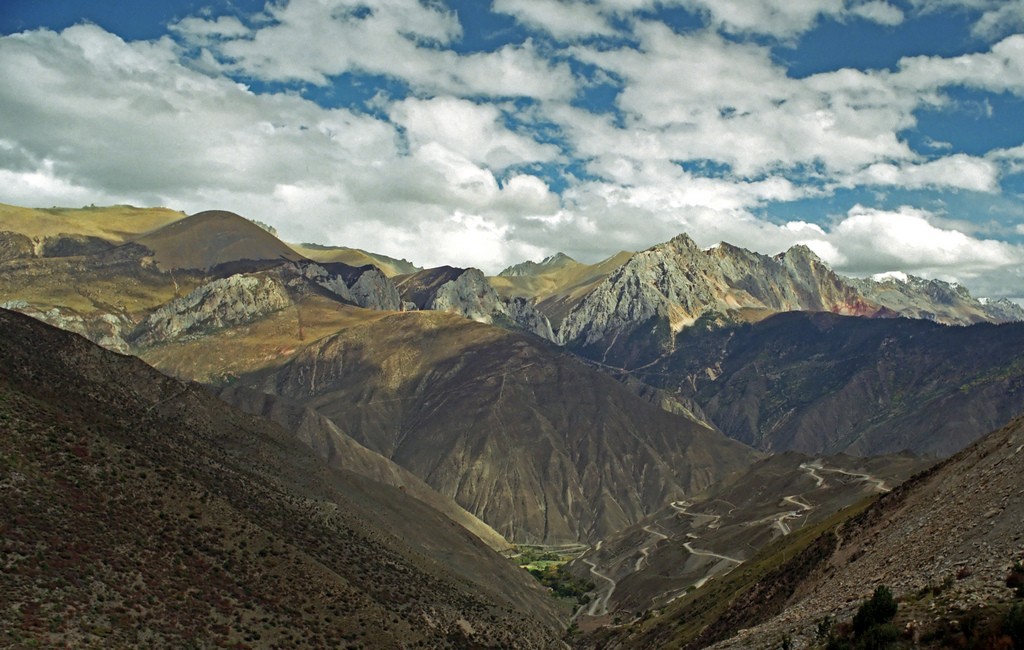 Considered one of the world’s most dangerous road, this stretch of almost 2500 kilometers heads from the Sichuan capital of Chengdu to the Tibetan capital of Lhasa. Travelling this route includes going along a precarious winding road at an altitude of about 4000 – 5000 meters. Although the reward of incredible mountain views, the famous prayer flags blowing in the wind, monasteries and vast rock formations make it worth for many who make the trek. Crossing areas that are part of the Tibetan Autonomous Region, and also now part of mainland China, the area still has a Tibetan flavour. This stretch of road is part of the China National Highway 318, which actually starts all the way over in Shanghai – so you could make a real road trip out of this one. Of course, this is no place to be in a hurry, this route can take one to two weeks! 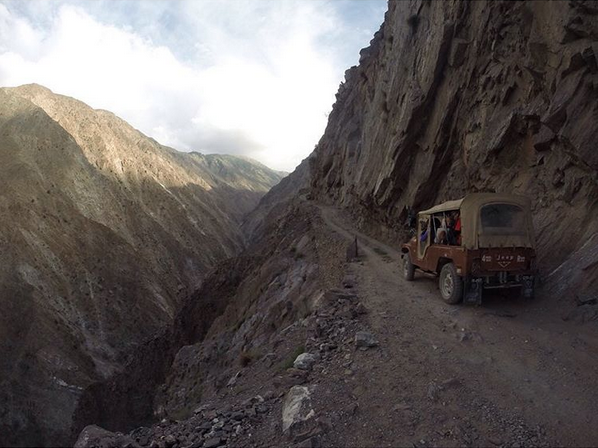 Starting off as Karakoram Highway and heading toward Fairy Meadows (a beautiful green meadow under the shadow of the giant Nanga Parbat Mountain) this 16 kilometer “road” is more like a hiking trail, so it’s incredible that cars even attempt to traverse it. The narrow road has no rails, no signposting, it’s obviously not sealed and has had little maintenance. As you can see in the above photo, there’s not much stopping a car from accidentally dropping over the edge. Nonetheless, many trekkers make this route as Fairy Meadows is the springboard for those climbers wanting to attempt the 9th highest mountain in the world, Nanga Parbat. The road is only open during summer and while conditions are good, at other times heavy snowfall or avalanche risk makes the road impassable. If you want to drive it bring nerves of steel. Don’t believe us? Check out this video: 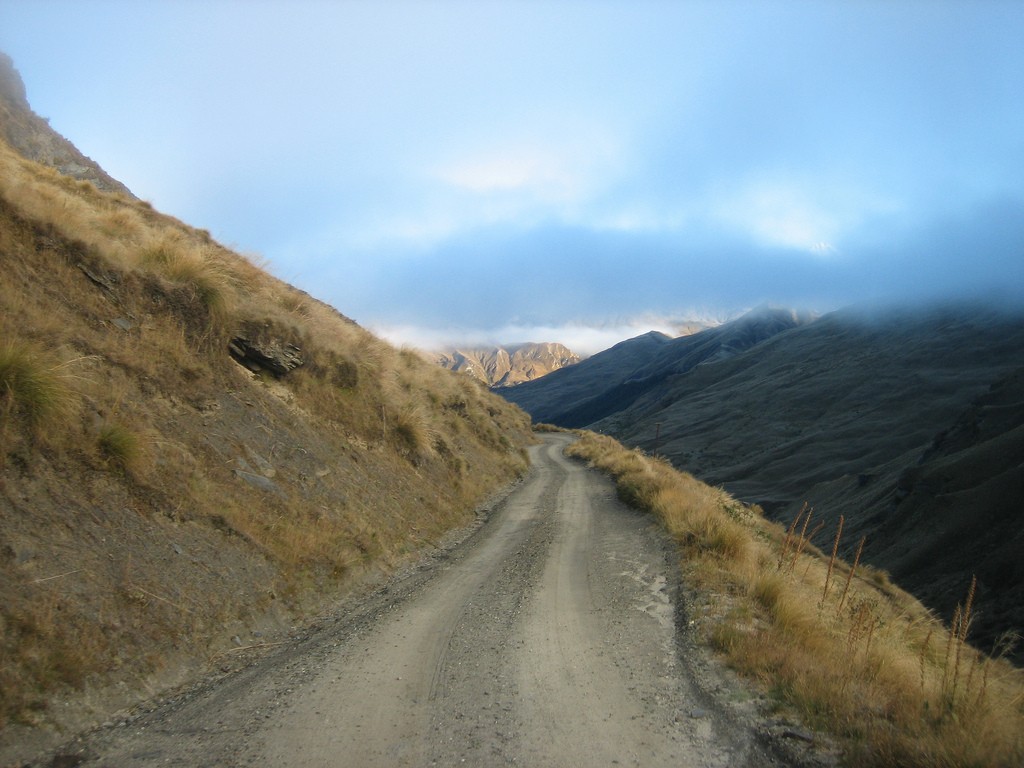 Located on the South Island of New Zealand (which is coincidentally also home of the unofficial adventure capital of the world: Queenstown), Skippers Canyon Road is both a world-famous scenic drive, as well as a life-risking adventure – certainly not for the faint hearted! The narrow stretch includes parts where the road grips the edge of a cliff – with luck about the only thing stopping a car plummeting over the edge! The road is so narrow in parts that only one car can pass, which means that oncoming traffic has to reverse sometimes for kilometers to allow the cars coming in the other direction to pass. Nevertheless, it’s a beautiful area with many photo opps – for example, of the famous Shotover River raging below. 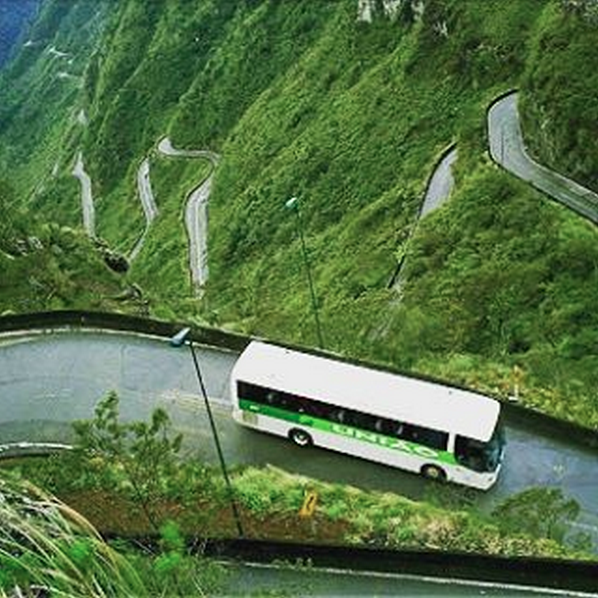 Located in the northern province of Luzon in the Philippines, this high altitude stretch of road is also for those with a high tolerance for risk. During the wet season the roads become very slippery, and given there are portions of very narrow road, with vertical sheer drops of hundreds of meters – that’s no small fall. There is significant risk of landslides and rockfall as well, although since the road was asphalted, it’s become a somewhat safer drive! 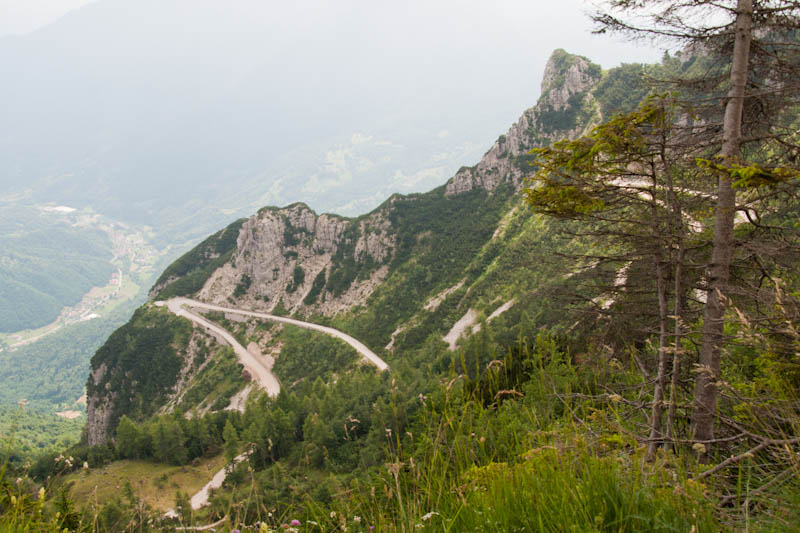 The Strada delle 52 Gallerie (aka The Road of 52 Tunnels) is located in northern Italy on the Pasubio massif. It was built during World War I for the benefit of Italian soldiers to get them away from the range of the Austro-Hungarian army’s artillery fire. As the name suggests there are 52 tunnels built into the cliff wall as part of this road, which is just more than 6 kilometers long. While the road is now largely closed to vehicles, it’s still possible to walk the route making it very popular option among adventure travellers. 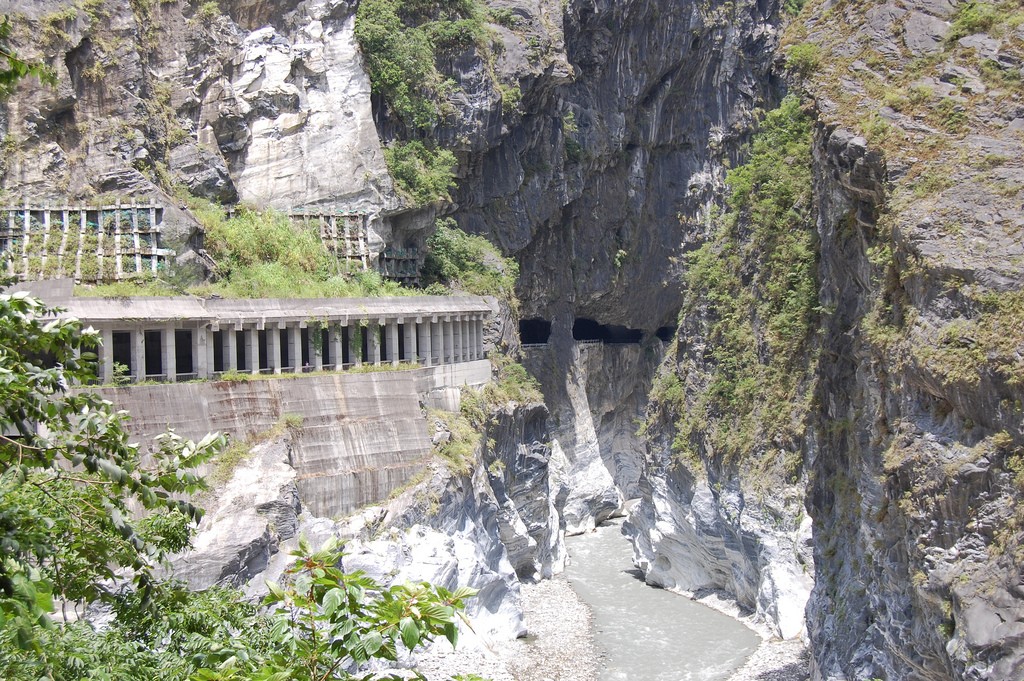 Passing Tarko National Park and the Taroko Gorge itself this road is definitely worth the risk. Basically carved into the mountainside, with jagged overhanging cliffs (bringing with it the risk of rockfall), this road is best for those who don’t mind sweating it out while simply sitting in the car. Adding to the overall challenge are the giant tour buses and motorbikes who you’ll be sharing the narrow stretch of road with. Added to the long list of items, which make the Taroko Gorge Road among the world’s most dangerous, is the risk of landslides, occasional heavy rainfall making the road exceedingly slippery, and that the area is also prone to tropical cyclones! Happy days… 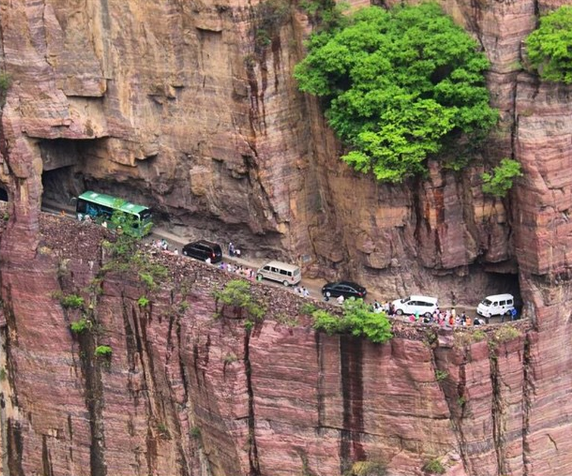 Photo By: In Search of China

Another of our favourite of the world’s most dangerous/incredible roads is the Guoliang Tunnel Road, which is carved into the side of – and through – the Taihang Mountains of the Henan province of China. Just more than 1 kilometer long, the road was created in the 70s by a group of villagers who wanted to created easier access to their village of (you guessed it) Guoliang. It’s reported that about a dozen villagers commenced the works using just basic tools, it was slow going and in more challenging parts the works progressed at just one meter for every three day’s work. However, the feat was worth the work because it’s become a tourist attraction for its sheer incredibleness. 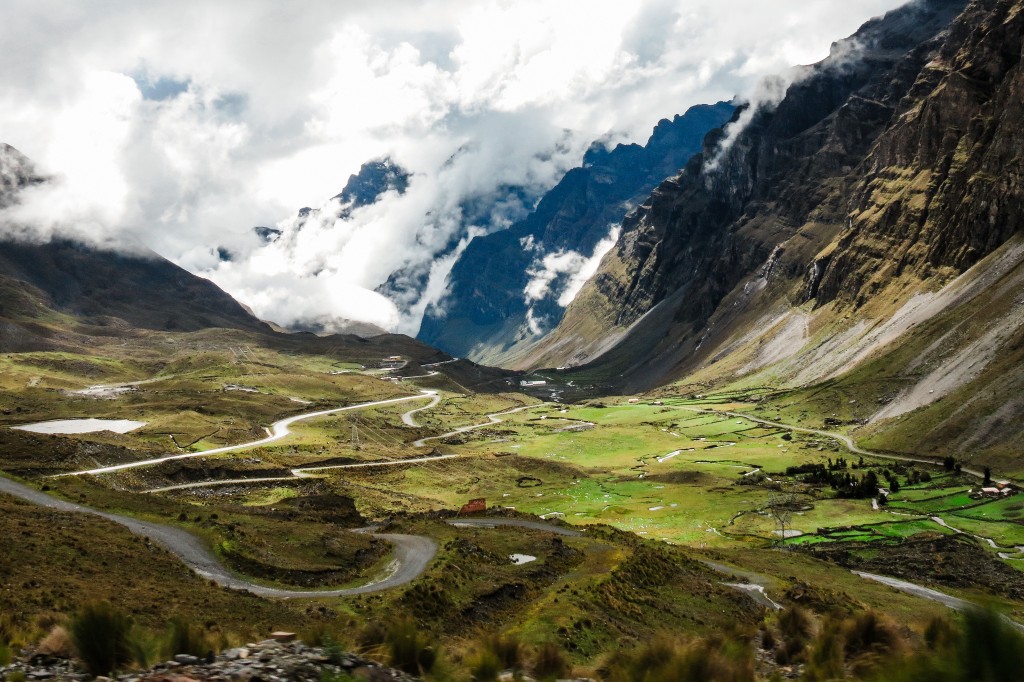 Bolivia already has a reputation for being dangerous. Whether it’s the stories of drug cartels, or the rumours of the prisons where the rules are that there are no rules, Bolivia definitely has the stereotype of a place where things could go horribly wrong. The truth, though, is that for intrepid travellers who are keen to blend in among the locals as much as possible, Bolivia is a relatively safe place to visit. That is unless you plan to travel on the so-called “Bolivian Death Road.” Using the official name of the North Yungas Road, you’ll discover a more than 50 kilometer road that leads from La Paz to Corico. It has other ominous sounding nicknames like the “Road of Fate.” Some call this the most dangerous road on earth, and it’s estimated hundreds die each year while trying to pass along it. Driving along cliffs that are hundreds of meters up in the air, and with no guard rails – well that’s just the beginning! Try sharing the largely one-car lane (it’s about 3 meters wide) with overcrowded mini buses, cyclists and hikers – and then add to that a muddy track, loose gravel, mist, rain and other weather challenges; then add the risk of potential landslides or huge boulders falling and you get the idea! Still those who drive this track, often report it’s one of the best things they did in South America.

Love motor sports? Check out the upcoming Baltic Run and the Rickshaw Challenge Classic Run in India both organised by the adventure travel expert crew at Travel Scientists.