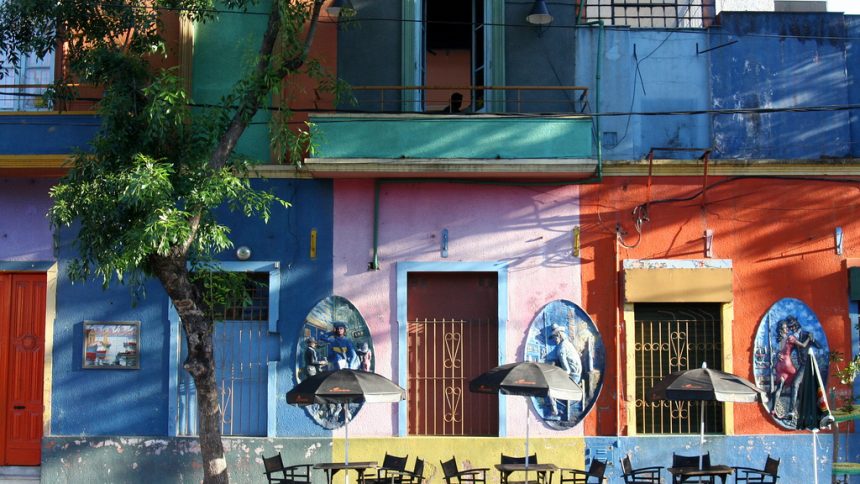 Recently a hilltop slum in Mumbai gained fame as a new tourist destination thanks to an art project ‘Chal Rang De’ initiative spearheaded by Dedeepyya Reddy. The project goes to show how a splash of color can have such a powerful impact on communities who live there and draw admiring visitors from all over the world. Here are five more of the most colorful neighborhoods around the world who have discovered the power of a paintbrush and taken pride in making their hometowns a brighter place to be. 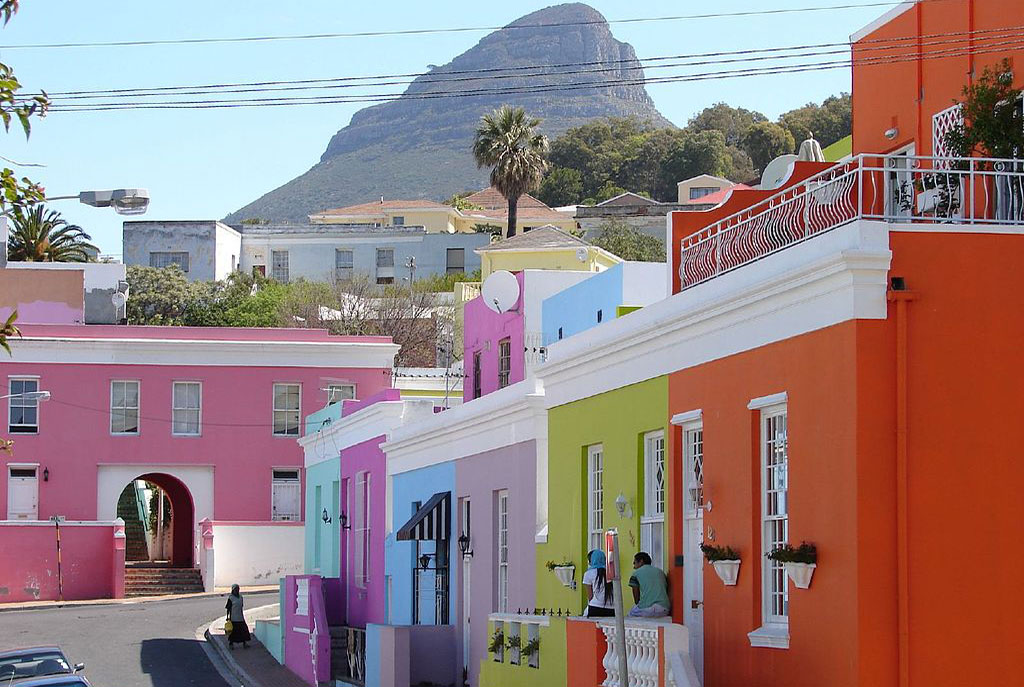 Bo-Kaap is without a doubt the most colorful neighborhood in Cape Town known for its collection of vividly pigmented and tightly spaced cottages adorning the narrow and steep cobbled streets of Signal Hill. These candy-colored houses have a historical significance that is close to the descendants who live in them, as well as thousands of people across the world. One such person is Shereen Habib, who was served as a guide in this area for over twenty years and whose family has lived in Bo-Kaap for nearly a century. You can take her 20-minute audio tour from the Bo-Kaap Museum and gain a deeply personal insight into the history of the area. The houses were originally inhabited by slaves and were required to be painted white at the time. Once the slaves were liberated, they painted the buildings vivid colours as a joyful expression of freedom. Bo-Kaap is overlooked by the stunning Table Mountain, one of the New 7 Wonders of Nature and is great for hiking, taking in the views by cable car or even abseiling. 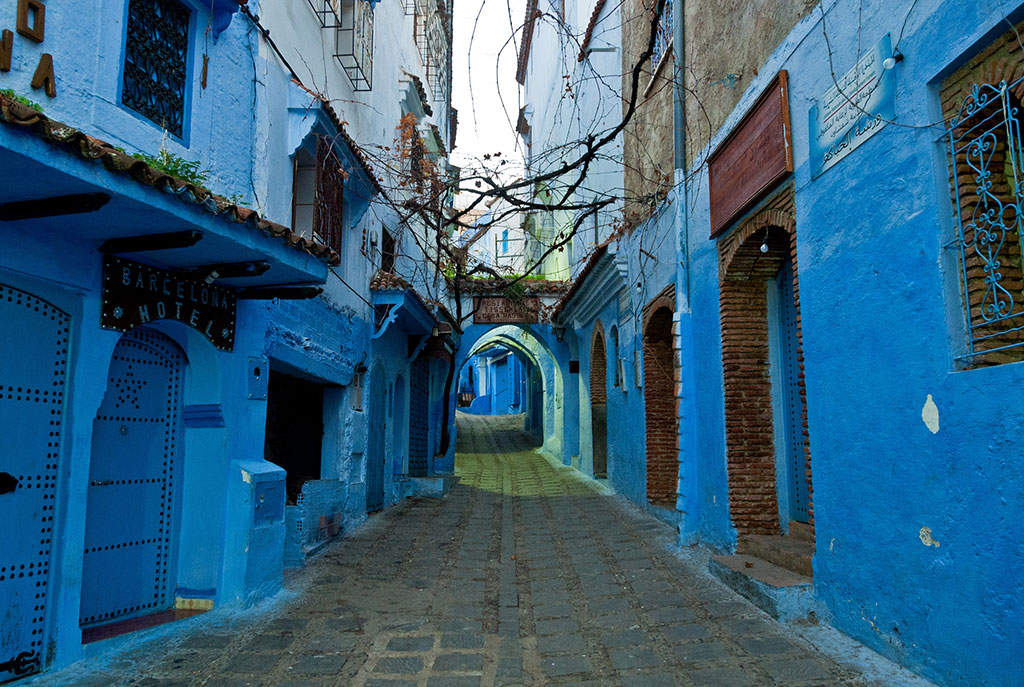 Nicknamed the blue pearl of Morocco, Chefchaouen (known locally as Chaouen) is nestled in a hilly area of the Rif Mountain Range perfect for hiking and 4×4 adventures. Nobody really seems to know why the town is painted its distinctive indigo hue, with some saying it repels mosquitoes and others saying it represents the sea. In an earlier article we wrote about how it is one of 12 southern Mediterranean locations to benefit from a European program that has granted it around 10 million dirhams ($1 million) and declared the town “a model and initiator of change in sustainable energy management”. In several major cities such as this, sustainable modes of transport such as bike-sharing are already commonplace. 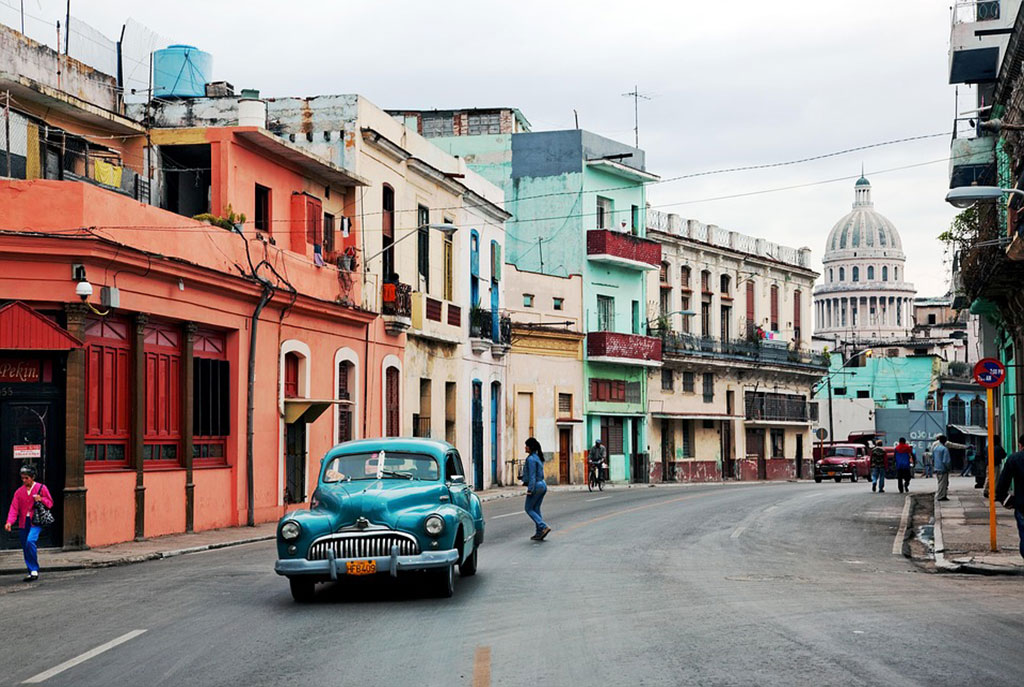 Havana combines breathtaking photo opportunities against a background of irresistible color with natural beauty, plenty of culture and lots of to explore. The surrounding areas of the city are attractive for a 4×4 self drive among the stunning steep limestone hills called mogotes where much of the country’s famous and lucrative tobacco is cultivated. 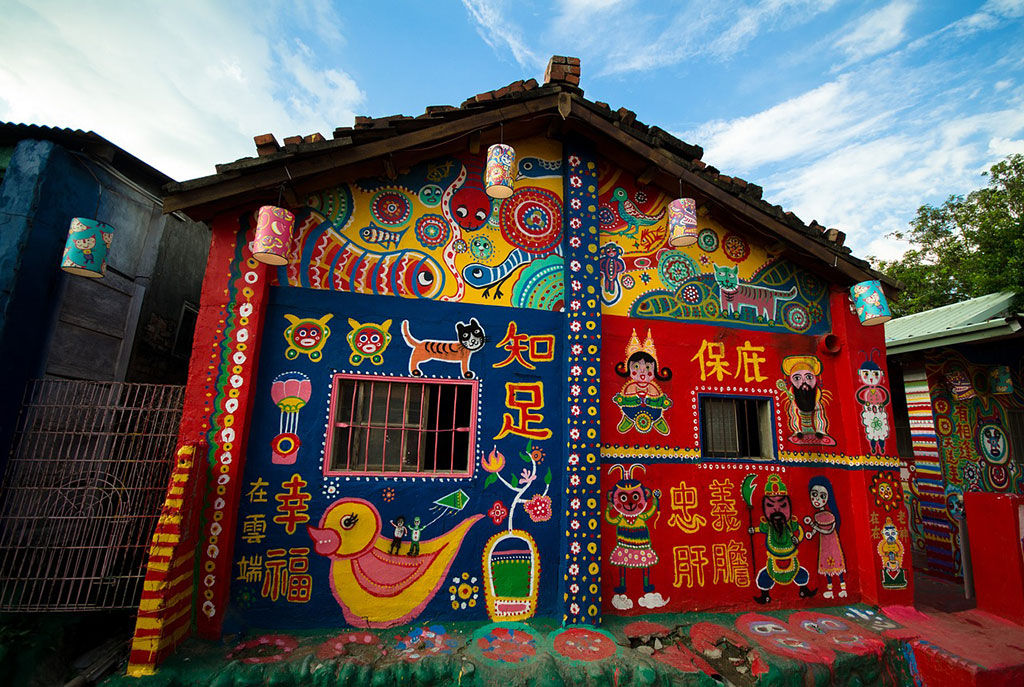 The little Indonesian village of Kampung Pelangi was formerly known as a run-down slum. Now it has achieved fame as known as the Rainbow Village. Bridges, benches, roofs, walls were adorned with technicolour stripes, polka dots and psychedelic heart murals in a bold makeover with the aim of making the town more attractive to tourists. The idea of a local school teacher, it worked, with tourists flocking to the town for the highly Instagrammable backdrops and the local residents selling food and crafts to those visitors. A significant social project, it encouraged citizens’ involvement in improving and maintaining the surroundings and has led to plans for the river to be cleared and cleaned. 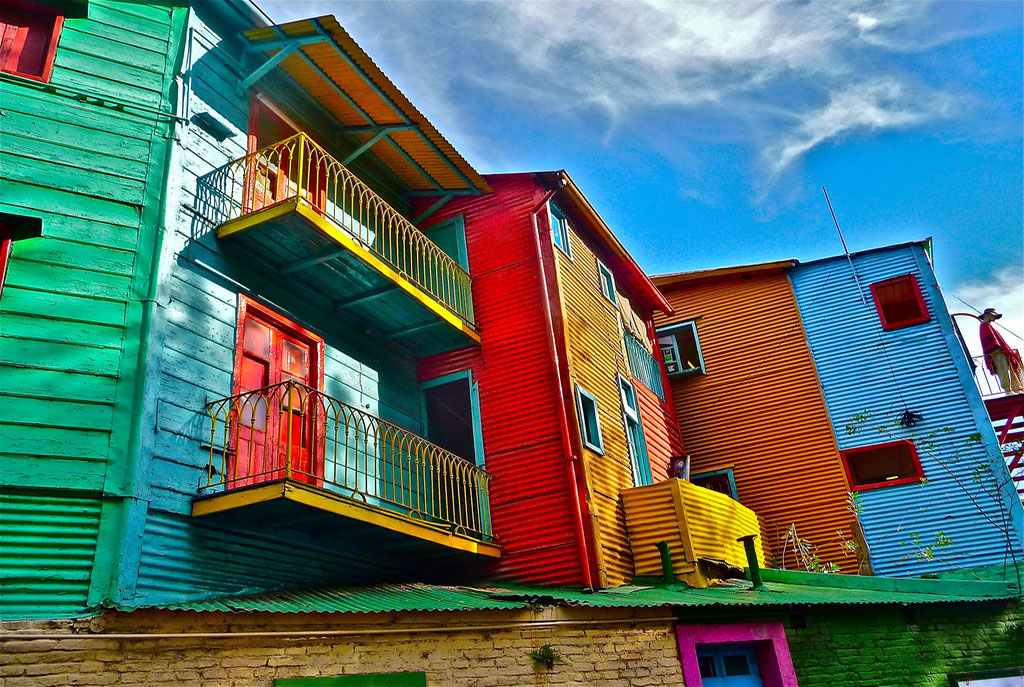 One of Latin America’s most colorful neighborhoods, if not the most colorful, La Boca is well known for its vibrant houses, tango and soccer team. Most visitors to La Boca will be drawn by two main attractions, the proudly bright blue and yellow La Bombonera football stadium and the richly coloured Caminito, an iconic pedestrian street. The town was originally home to poor dock workers who could only afford to build their houses with leftover corrugated sheetmetal from the docks, and paint them with leftover castaway paint, which they often ran out of in the same color. In the 1950’s, an artist called Quinquela Martínwas revived the run-down area by painting the dwellings in bright colours as the poor immigrants once did, making it a major tourist attraction.