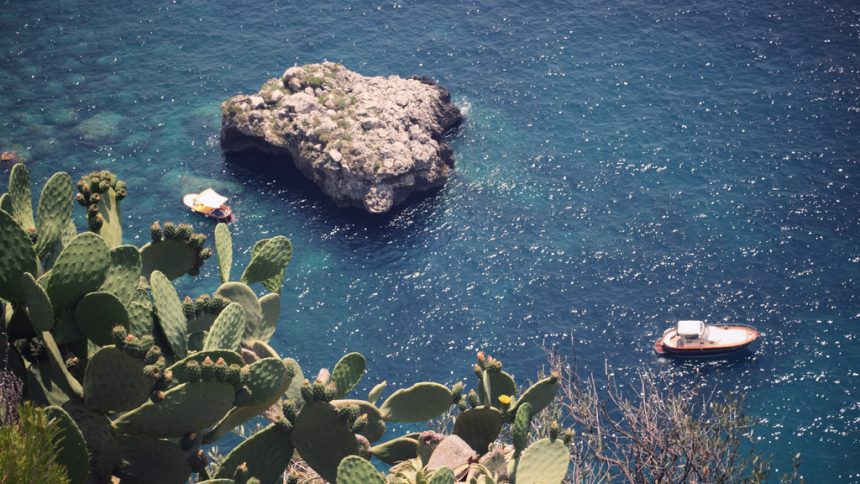 Sea Me! The World’s Best Seas

With summer coming we’re all searching for the perfect seaside destinations. But just what are seas, and how are they different to oceans? Seas are typically sandwiched between oceans and land, and seas are typically at least partially enclosed by land. Here is our guide to the world’s best seas – an entirely subjective look at what this summer’s top seaside holiday destinations could be for adventure travelers. 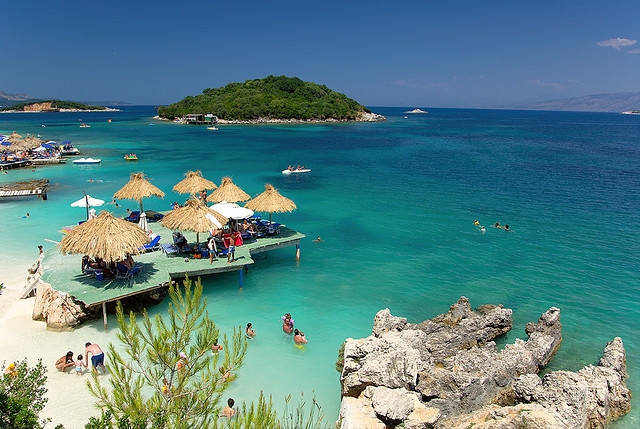 Almost two dozen countries have a coastline on the Mediteranean Sea and during summer this sea transforms into one of the world’s most famous holiday destinations. To name but a few there’s the glamour of the Italian island of Capri, the party scene of Ibiza, the backpacker trail along the Croatian coast, and the charm of the French Riviera. It might be less known that the Mediterranean also laps the shores of countries as diverse as Turkey, Albania and Tunisia. The Mediterranean is connected to the North Atlantic Ocean via the Strait of Gibraltar, which passes between Gibraltar, Spain and Morocco. It is a huge and famous sea with a length of some 4000 kilometers. There are other sub-seas such as the Aegean Sea, the Ionian Sea and the Balearic Sea, however, generally speaking, you can just call the whole area the Mediterranean Sea. Given it’s borders with Europe, Asia and Africa there’s no shortage of coastlines and islands to enjoy the Mediterranean. We recently wrote about the Greek Islands (Check Greek Islands Travel Guide), for example. To explore it in detail, you could opt for a sailing tour of the Mediterranean, which goes from island to island and port to port. There are plenty of companies offering this type of tour, or even tours that involve learning to sail. This summer there’s no better sea to visit than the famous ‘Med.’ 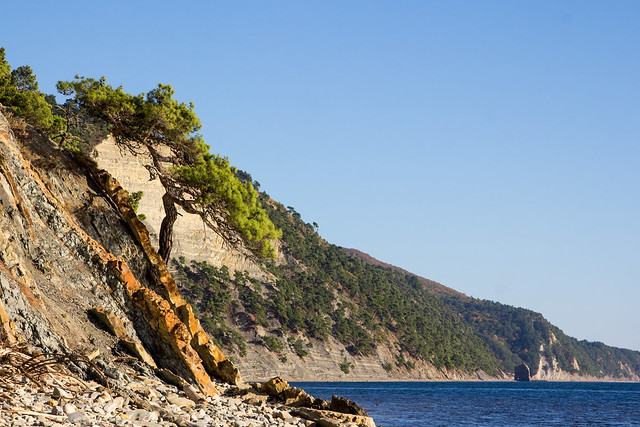 The Black Sea is linked to the Mediterranean Sea via the Sea of Marmara and the Aegean Sea. One of the most terrific spots to see on this connect is from the city of Istanbul in Turkey. Aside from Turkey the other countries that sit on the Black Sea are Bulgaria, Georgia, Romania, Russia and Ukraine. The Black Sea is off-the-beaten track and well worth seeing for those adventure travelers who are looking for a less-touristy, more rugged holiday destination. Although, you might be surprised how developed and glamorous some of the cities on the beautiful coastline are. Some of the most important destinations on the Black Sea include Odessa, Sevastapol, Sochi, Yalta, Sozopol and others. 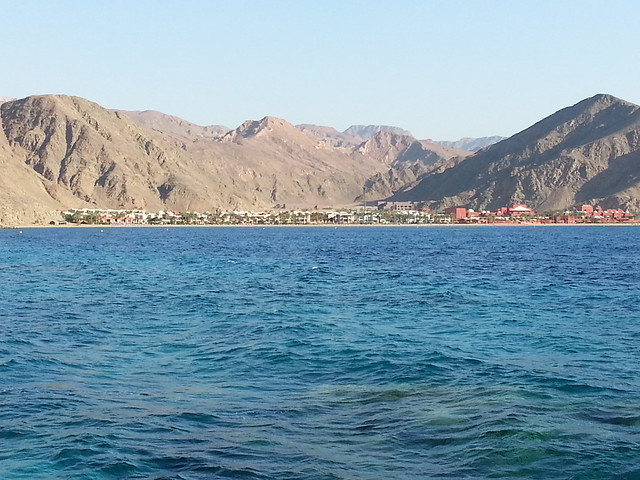 The Red Sea is wedged between North Africa and the Middle East with Egypt, Israel, Jordan, Saudi Arabia, Yemen, Sudan and Eritrea with coastlines on the sea. Contrary to what you might think, there’s nothing particularly red about the Red Sea. It’s considered one of the world’s most northernmost tropical seas, and as such there is incredible coral life underwater. In fact the Red Sea is one of the world’s best scuba diving areas with many scuba dive sites. Most divers head to Sharm el-Sheik or Dahab on Egypt’s Sinai Peninsula, or dive from Israel’s Eilat, or Jordan’s Aqaba (although this is less common for foreign tourists). One of the most incredible things about spending time in Dahab is being able to see the shores of Saudi Arabia just across the Red Sea. 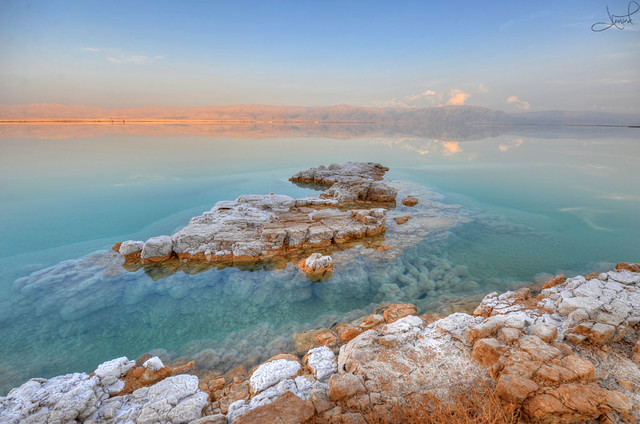 Not far from the Red Sea, the Dead Sea sits between Israel and Jordan (with a section on the West Bank, Palestinian Territories) and it’s most famous for its floating and beautifying properties. Contrary to its name, the Dead Sea is actually a salt lake, and it has one of the saltiest bodies of water in the world with 34.2 percent salinity. In reality what this means is that it’s VERY floaty because there is so much salt, the water feels somewhat ‘thicker’ than normal water. It also means that you shouldn’t shave prior to swimming or go in the water with nicks and cuts as they hurt like hell. There are resorts on both the Israeli and Jordanian costs on the Dead Sea, and most have mud baths near the water and this mud is thought to be very good for you health and all kinds of health problems. 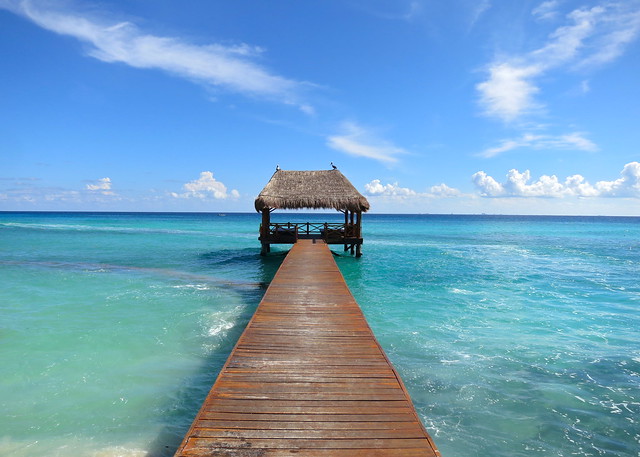 Heading over to Latin America now, the Caribbean Sea is ringed by South America, Central America and the islands of the Caribbean like Cuba, Dominican Republic, Puerto Rico and dozens of other smaller ones. The Caribbean Sea is home to the Mesoamerican Barrier Reef and there are plenty of scuba diving sights – one of the most famous of which is the Great Blue Hole of Belize. Unlike some of the other seas on this list, the Caribbean Sea really lends itself to sailing and yachting trips where you can stop by various islands and ports. Check out our article on backpacking in Central America for more tips in the region.

The Coral Sea is off the coast of Australia wedged between Queensland and the Pacific Ocean. It’s home to the Great Barrier Reef – probably the world’s most famous barrier reef. Obviously this means plenty of dive sites, although you should remember that the Great Barrier Reef has been damaged by rising water temperatures and some dive sites have been damaged by too many divers. Your best bet is to do a multi-date dive trip so that you can go to more remote dive sites that are in better condition. You can also visit the Coral Sea from Vanuatu, New Caledonia or the Solomon Islands.

A Short History of SUP

The World’s Best Snorkelling Spots
6 of Europe’s Most Glamorous Islands
Yachting, Sailing and Boating in Europe this Summer
Boarding Now: Paddle Boarding and Body Boarding
Explainer: Parasailing Vs Kite Surfing
Explainer: Water Skiing Vs. Wake Boarding
Jet Fuel: The Ultimate Guide to Jet Skiing
Power Boat Racing
Impressive Sailing Races and Records
Liked this article? Looking for the latest in travel and adventure news? Then check out the rest of our articles at Adventure Herald. You can also like us on Facebook, follow us on Twitter or Instagram to keep up with our latest antics.
Tag Black Sea Caribbean Sea Coral Sea Dead Sea Mediterranean Sea Red Sea seaside holidays the sea the world's most beautiful seas the world's seas