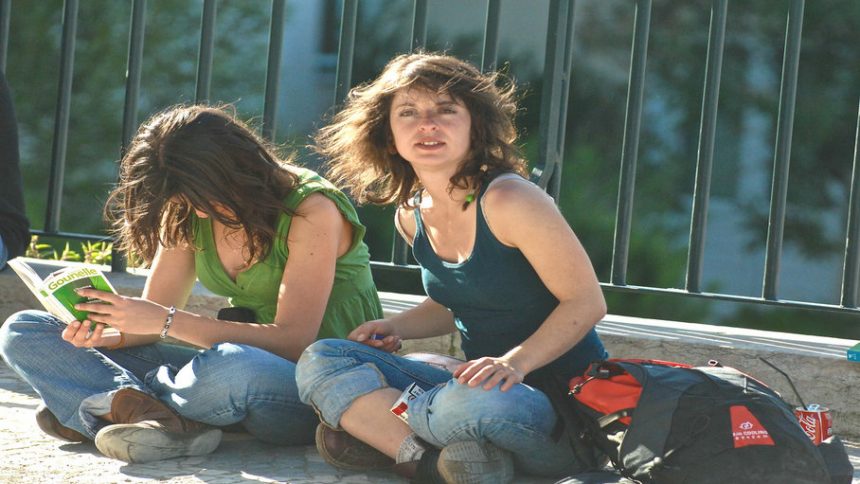 There’s no doubt that backpacking is largely about opening up to new experiences and people, and gaining a high threshold for challenging situations. Of course, not all backpackers are the same, but just to have a bit of fun here are the 29 signs you’re a backpacker from cliches and stereotypes – to the classic backpacker’s rites of passage.

Drinking From a Bucket Seems Acceptable 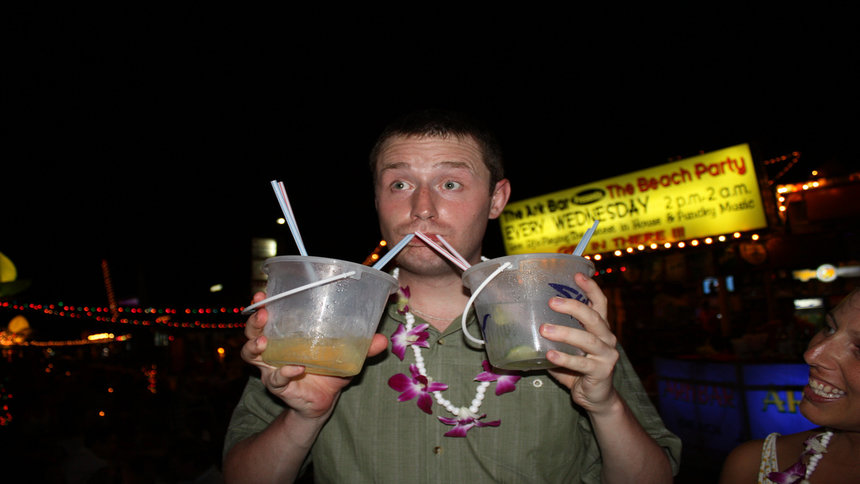 For backpackers this needs no description. Add cheap vodka and rum (preferably of the no-brand kind) to some kind of energy drink (or Coca Cola for weeklings) and about half a dozen straws, and share with a friend or stranger.

You Know What Tubing in Vang Vieng Is 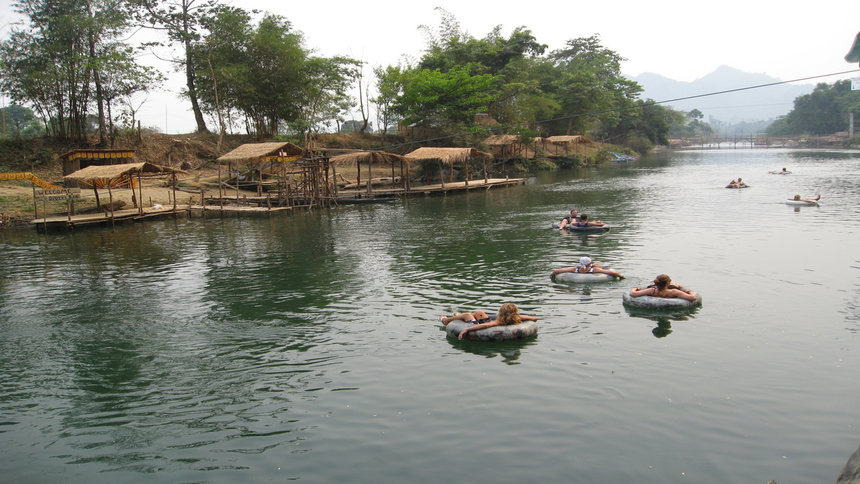 If you’ve ever been backpacking in Southeast Asia you’ll know there are two camps: those who have been tubing in Vang Vieng and those who haven’t. Be the one who has – it’ll be one of the best days of your trip.

You Own Fishermen Pants

Fishermen pants or Turkish pants in a variety of colours or for hippies some form of happy pants are a staple for backpackers.

You Have Been to a Full Moon Party in Koh Phangan 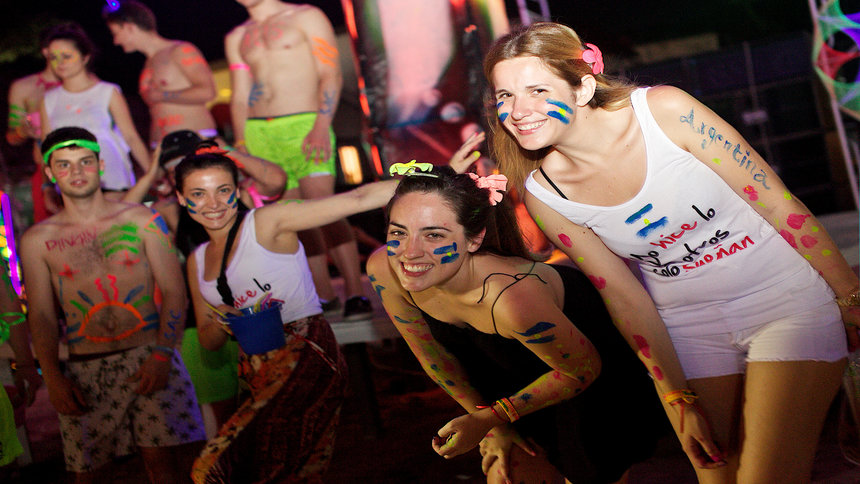 When in Thailand it would be rude not to head to Koh Phangan for the original and the best Full Moon Party.

You Sleep Fine on a Night Train

The thought of sleeping the night on a train doesn’t fill you with dread. Instead you think: Great, I’ve saved on a night’s accommodation.

You Have a Henna Tattoo or a Real Tattoo! 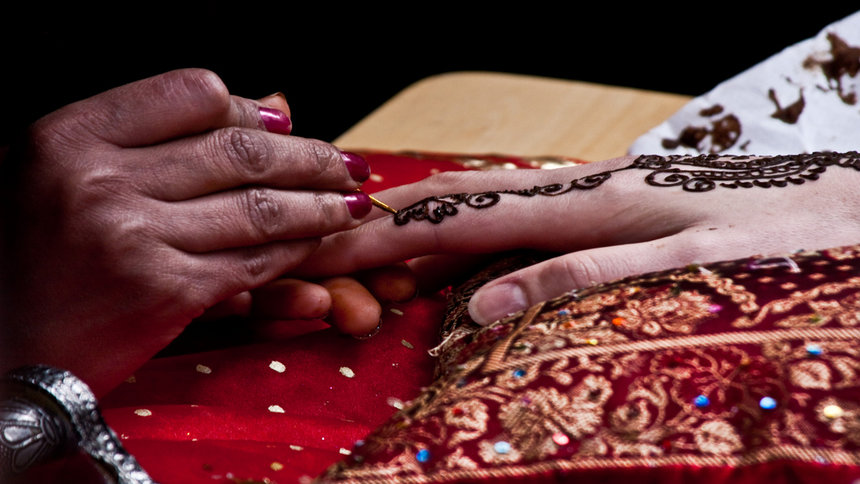 If you’re in the Middle East or Bali, a henna tattoo is a must-have temporary accessory on your hands if you’re a girl. Alternatively, for either girls, your boys something reminding you of your gap year is normally tattooed somewhere on your body. If neither of these suit you, you probably have your nose pierced.

You Can Say You Have Slept at an Airport

To save a bit of money you’ve done just about everything. Sleeping at the airport to save costs is a tried and tested measure of a pro backpacker. Kudos to you!

You Wear a T-Shirt with a Beer Brand On It

You have a t-shirt or a vest with one of the following beer brands on it: Tiger, Asahi, Tsingtao, Guinness or Singha on it. There are photos to prove it, in fact most of your backpacking photos prove it.

An Arm Full of Bracelets or an Anklet 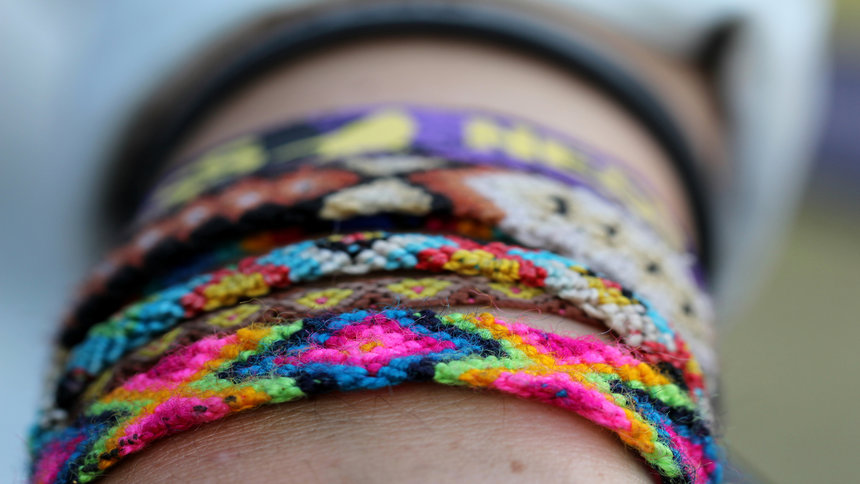 Backpackers either collect friendship bracelet and have an armful of them, or you have an anklet. Which team are you on?

You think there’s no better way to experience the local culture (and save cash) than eating street food, and you’re perfectly happy to sit on a milk crate while you enjoy dinner. You might land short of fried spiders though, but that’s ok, we all have our limits.

Got a Crazy Tuk Tuk Story 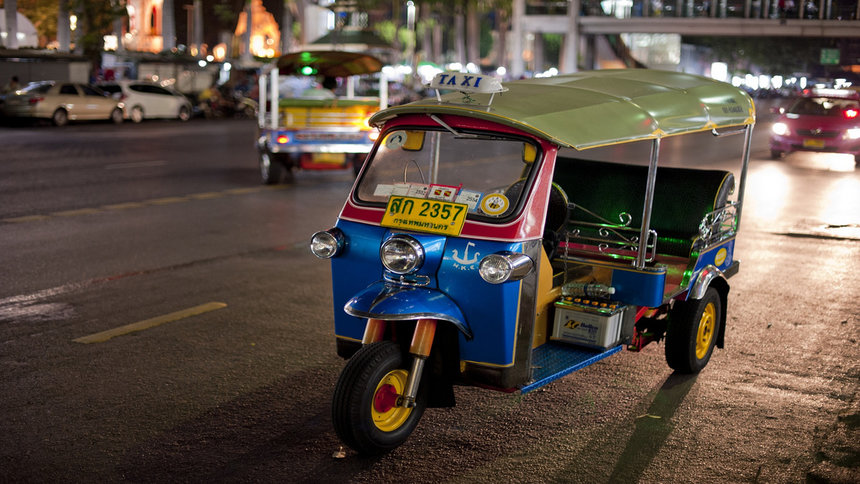 Yes, you’ve had some crazy tuk tuk drivers, but you’ve also had loads of good ones. Then there was that one tuk tuk driver who offered to take you really cheaply so long as you stop by a tailoring shop, a DVD shop and a tour booking company on the way.

Been Bored of a Roman Ruin

You’ve seen one Roman ruin, you’ve seen them all…Said every backpacker at some point in life.

You’re not normally such a fitness fanatic but when you’re backpacking you become keen to wake up at 4am and scale that mountain just so you have bragging rights for the rest of the day.

It’s happened to all of us in Latin America, in Asia and in Europe. We’ve all toyed with the idea of learning Spanish or French. For the more adventurous backpackers you’ve likely considered Arabic or Mandarin too. Join the club.

Gone on an Epic Trek 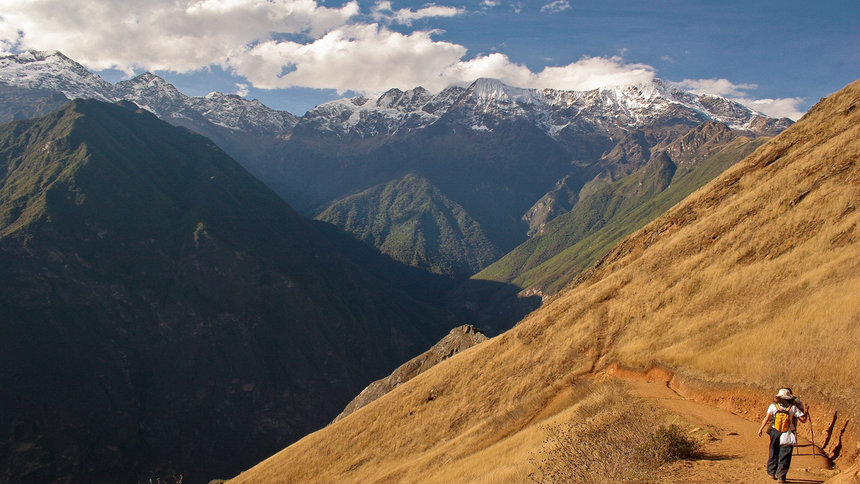 Most likely to find these backpackers climbing Mount Kilimanjaro in Africa or doing the Inca Trail to Machu Picchu in South America.

Needs tno description really. We’ve all been there. Usually in a coastal location like Lagos in Portugal. 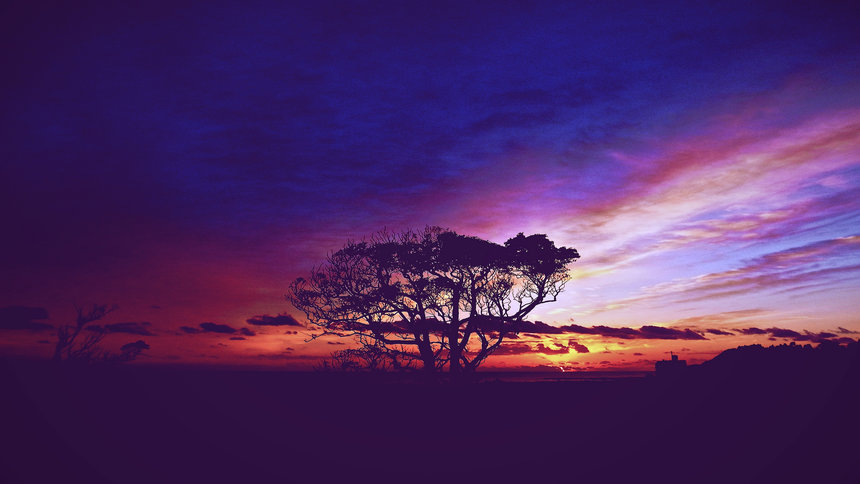 Photo By: Jimmy B

Sunrise is the best part of the day, and all backpackers know it. On the days when you’re not hungover recovering in the darkened dorm room, you’re out hunting for the perfect sunrise snap.

Have Been Ripped Off By a Taxi Driver or Scammed

It’s happened to the best of us. Being overcharged by a taxi driver, or scammed by a tuk tuk driver or been had by a pick pocket posing as a homeless person. 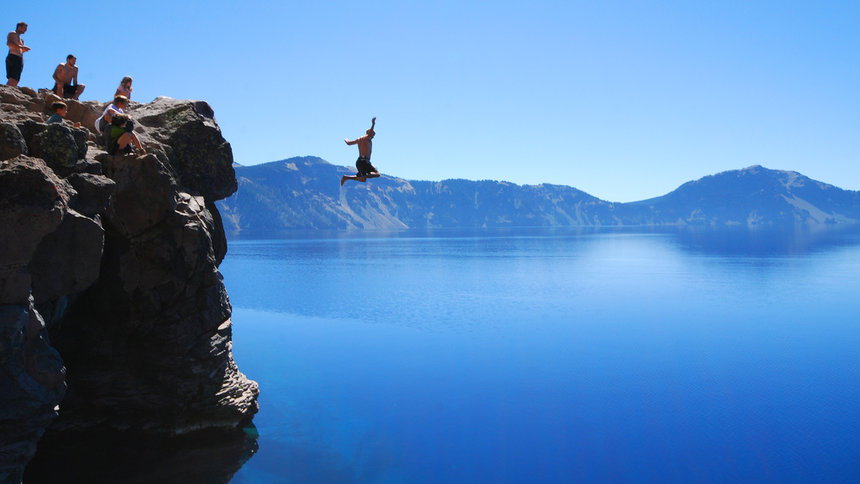 We’ve all tried to achieve this photograph.

Terrible. It’s terrible. Worst when it’s on travel days, or when there’s only a squat toilet in sight. The lesson is to always have toilet paper handy, and some kind of anti-diarrhoea pill.

The streets of Barcelona will do that to us all. 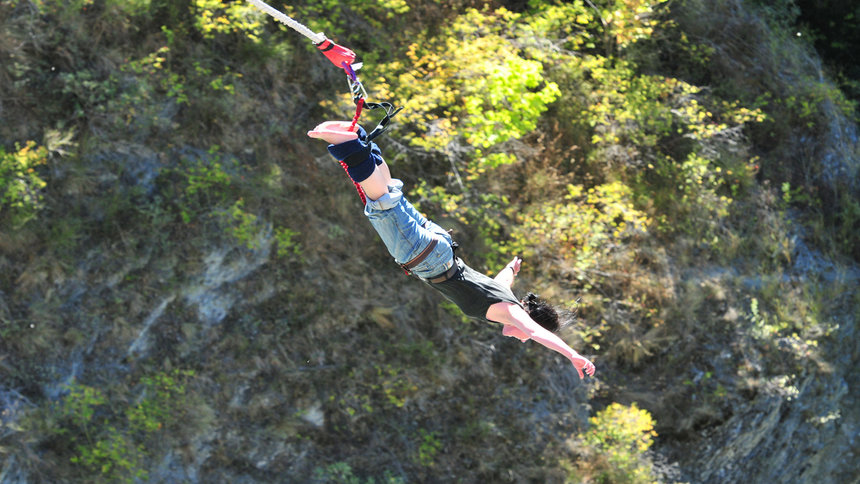 Usually from a plane or the end of a bungee rope. Often in New Zealand.

Gone on a Free Walking Tour

Especially found in Europe’s big cities, these free tours are the best!

It’s either flip flops or barefoot.

You Think Monkeys are Scary 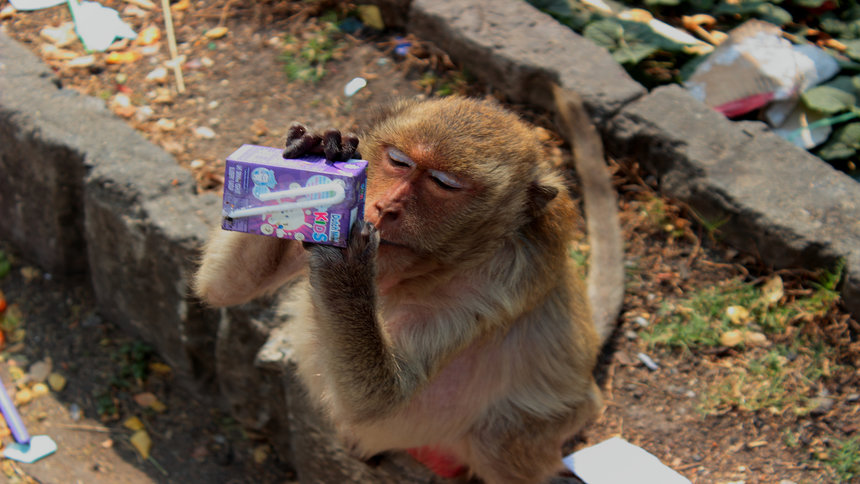 These little bad boys found in places like Thailand and Malaysia will steal your sunglasses…or give your Rabies. Yikes! For backpackers, fear of these monkeys is second only to fear of Malaria-carrying mosquitoes. That’s why backpackers are the kind of people that know what Deet is a probably have some on their person.

Most backpackers collect something. It could be patches for their backpack, fridge magnets or shot glasses. And backpackers simply won’t be able to leave a country until they have found the appropriate souvenir to add to their collection. The struggle is real.

Your Passport Doubles as a Boredom FlipBook 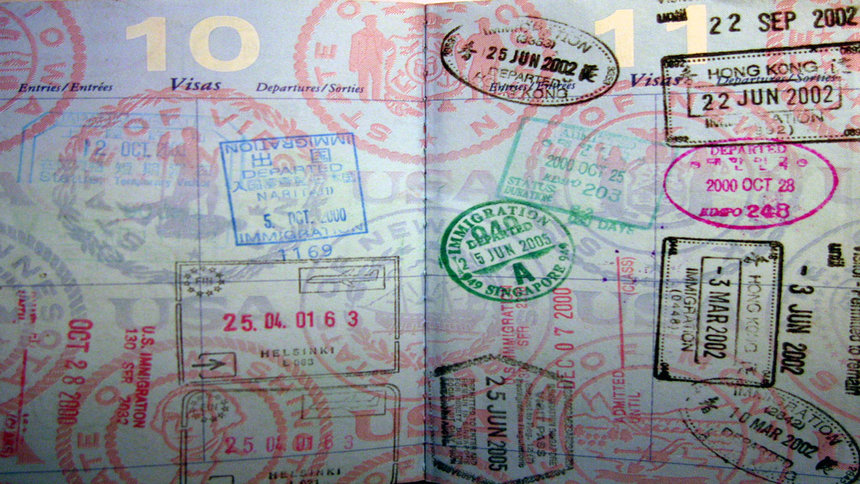 You’re a true backpacker if you know the feeling of standing in the customs queue and flipping through your passport looking at all the colorful visas, your hear swelling with pride at all the places you’ve been. Secretly, you feel superior to those travellers with fewer pages filled.

Woken Up With Regrets…

Who hasn’t? It can range from regret related to that elephant ride we took we probably shouldn’t have, or a crazy night out that was never going to end well.

…And Had the Time of My Life

Everyone who’s gone backpacking will look back on their trip(s) knowing it was probably best the best decision they’ve made, and had the time of their life.