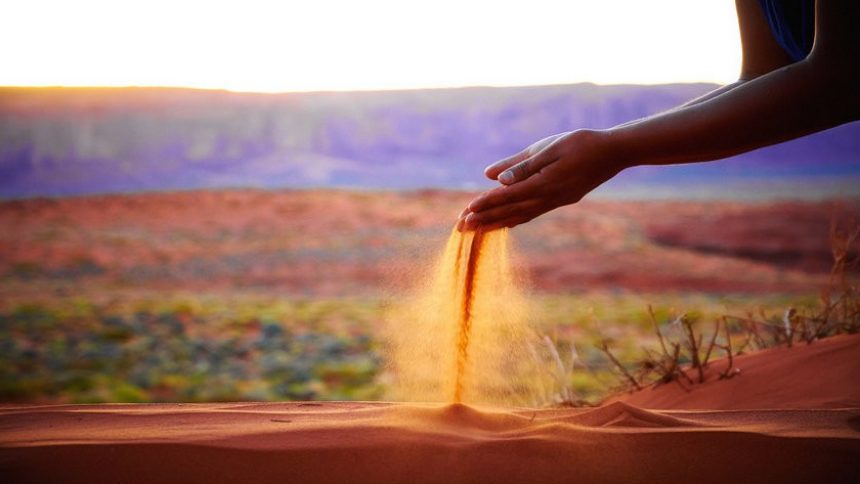 For first-time backpackers there are plenty of surprising things you’ll learn while backpacking. Because packing a bag and heading off on an adventure of a lifetime is not so much about seeing the sites but about learning about the world and yourself!

The World is Huge 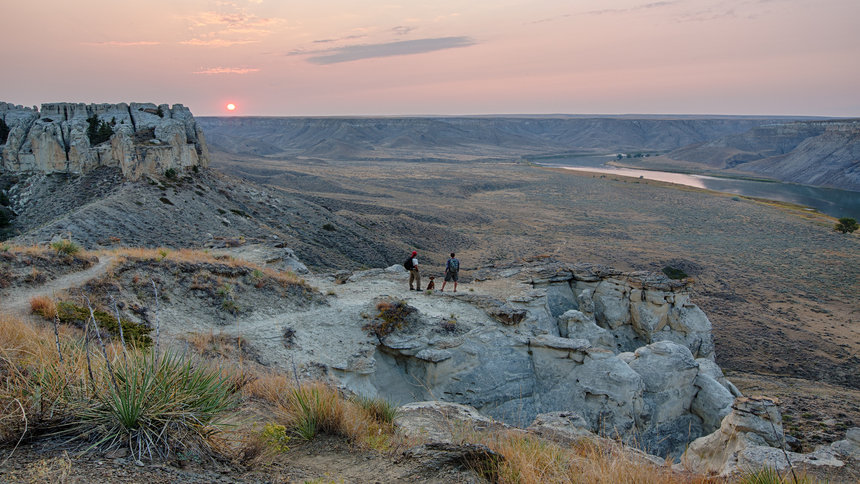 Photo By: Bureau of Land Management

Ok, it’s pretty obvious to people that the world is a big place. But there is probably much more to see and do than you first thought. You can’t even imagine all the festivals, sights, mountains, views, lakes, streets, squares, restaurants and other exciting things that exist that you haven’t even heard of yet! We all know the most famous sights, but probably every place you go has a long list of things to see and do that you’ll only hear about once you’re there, from the locals or other travellers who’ve been there a bit longer. Once you start backpacking you’ll start a never ending list of things you want to do sometime, because you’ll start hearing of all these incredible new destinations.

The World is Small

Yet, one of the things you’ll experience while backpacking is that the world is also small. You’ll bump into people from back home in some random off-the-beaten-track locations. You’ll meet someone at a hostel and then they’ll randomly be staying in the same hostel as you in three weeks time. You’ll find that Family Guy is playing in some random chill bar in Laos. You’ll experience first-hand that despite the vastness of the world, there are common threads that tie people together, no matter where they’re from.

People are Basically the Same Everywhere 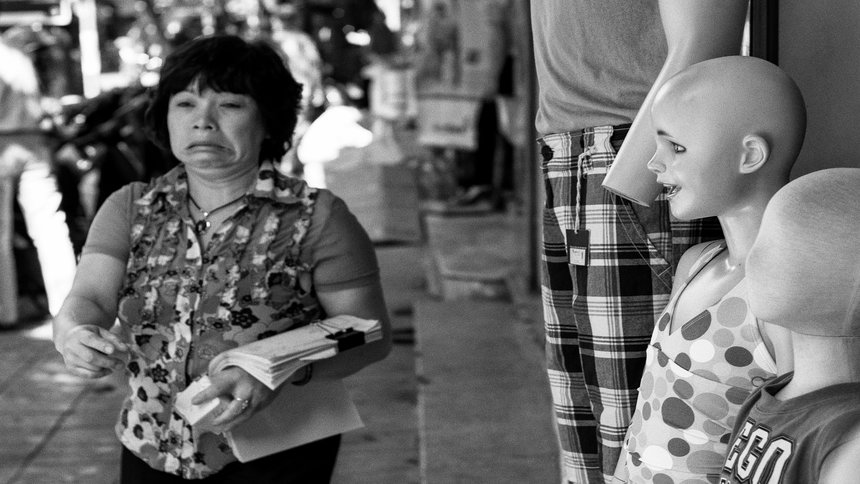 Even if you speak a different language to the locals, you’ll soon learn to communicate without words. You’ll learn that people – even if they look and sound different to you – all have the same fears, hopes and dreams for the future. They’re all trying to make ends meet, stay on top of their commitments, pay bills, do family stuff, hang out with friends and so forth. Sometimes backpacking can be wonderful because of all the different things you’ll see, and sometimes it can be wonderful because of all the sameness. 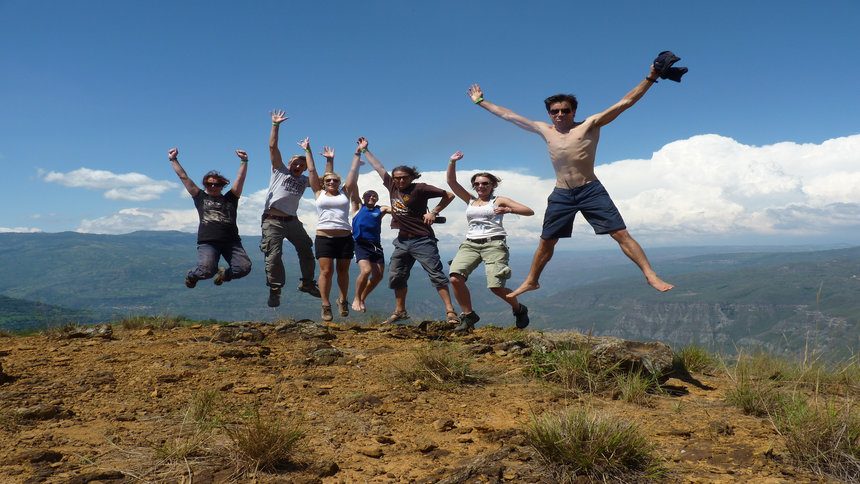 You might think that even going backpacking in itself is the most adventurous thing you could ever do. But first-time backpackers will soon find themselves challenging themselves to more and more adventurous pursuits. While for some people this will literally be in adventure sports like bungee jumping, sky diving or whitewater rafting. While for others it could be in other ways. For example, if you’re an introvert you might find your inner social butterfly while backpacking. Or if you’re an extrovert you might find that you love some alone-time, to think and just be. You might find yourself opening up to new challenges with gusto. Night train? Let’s do this. Camping in the desert? I’m in. Speak to that stranger over there? Hello!

Ok. So you’ve taken the plunge, you’ve quit your job or taken a year of university to go backpacking. You have pretty good savings to keep you going the full 365 days (factoring in emergency blowouts of course!) and now you have to keep to spending about X <insert currency> per day. This might be a bit tricky to start off with but you’ll become pretty good at converting currencies and figuring out what is a massive tourist ripoff and what is a local bargain. You’ll become better at realising that things that can seem super cheap in your back-home currency are really expensive for where you are, and you’ll realise it all adds about.

You’ll become super good about not buying expensive airport food and instead opting for local haunts for meals. And, you’ll become a gun at finding the cheapest transport and accommodation solutions. “That 28-bed dorm is three dollars cheaper? I’ll take it! That night bus saves me seven dollars and I win a night’s accommodation. Yippee! That 27 hour flight that involves four stop-overs will save me 300 dollars. It’s mine – I have the time!”

You’ll Be a Master Problem Solver

One reason to choose backpacking as opposed to pre-arranged tours, is both a pro and a con. So. Let’s face it: Things will go wrong. The train lines will flood and you’ll be stuck in the middle of nowhere. You’ll lose your passport. You’ll realise too late that you don’t have a visa and you’ll be stuck at a border crossing. Some festival you didn’t know about means the bus you hoped to get is actually booked out for days. You arrive at 3am and your hostel reception is closed, and you have nowhere to stay. Backpacking will throw up a huge array of problems and the only person who can solve them is you.

Backpacking will make you more independent and self-reliant because the problems that you will inevitably run into will be yours to solve. This doesn’t mean backpacking will be like solving one problem to the next, it’s just that sometimes problems will crop up. But you’ll be way more resilient than you first thought, and you’ll get through any issues learning a lot along the way!

Before you head off, you might think, “I’ll just travel for one year and get it all out of my system, then I can settle down in my career or studies.” WRONG!  It’s called the “travel bug” for a reason and unlike malaria and rabies, this “bug” is something that almost all backpackers inevitably get. You might get a year-long backpacking trip for the cheapest hostels out of your system, but you’ll be more inspired than ever to see the places you’ve now heard about. You’ll be more curious than ever, and you’ll be more brave than ever about setting off again.

You’ll Never See It All

And finally, you’ll learn that you’ll never see it all. Even if your bucket list is 1000 items long, there’ll be 1000 more places you won’t have seen, and that’s ok. There’ll always be backpackers who’ve been to more countries, been to more exotic locations, had more authentic experiences, and been to the most bizarre/isolated/extreme locations on earth. It’s not a race, go on your own journey, seek out your own favourite destinations. Don’t try to replicate someone else’s gap year or someone else’s adventure. The trip you’re on is perfect the way it is.

Liked this article? Looking for the latest in travel and adventure news? Then check out the rest of our articles at Adventure Herald. You can also like us on Facebook, follow us on Twitter or Instagram to keep up with our latest antics.
Tag adventure traveller backpack on a budget backpacker backpacker hostels backpacking backpacking holidays first time backpacker volunteer holidays what you will learn while backpacking