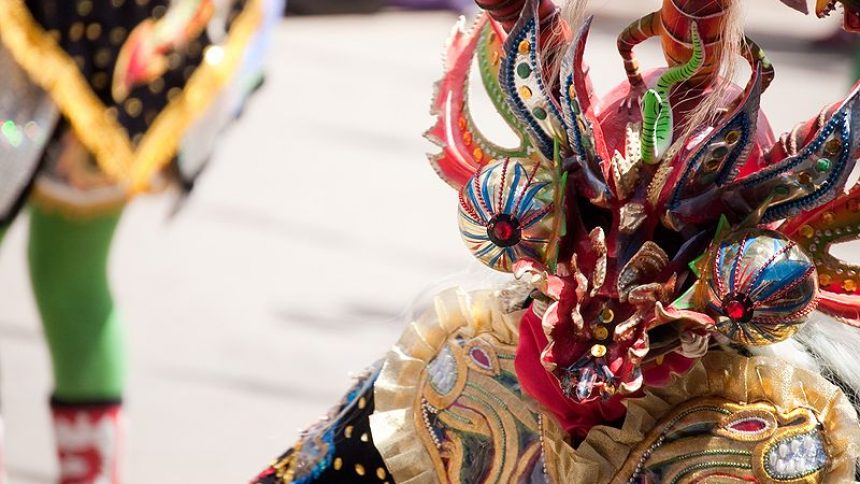 Before the fasting period of Lent (that leads up to the Christian celebration of Easter), many Christian countries and cultures find a way to celebrate Carnival. The Carnival period is usually in February and March – sometimes starting as early as January 6 – when there are special parties and parades, but usually there is one specific Carnival week that marks the height of festivities. Carnival celebrations also include Mardi Gras – the day that is the culmination of Carnival, also known as Fat Tuesday. This occurs just before the Lenten fasting period begins. Just like the dates for Carnival move around, the date for Mardi Gras also isn’t fixed as it depends on exactly when Easter is each year. In our new series we look at pre-lenten festivals around the world. Carnival of Oruro is fascinating because it’s a mix of Christian and pagan festivities.

About Carnival of Oruro 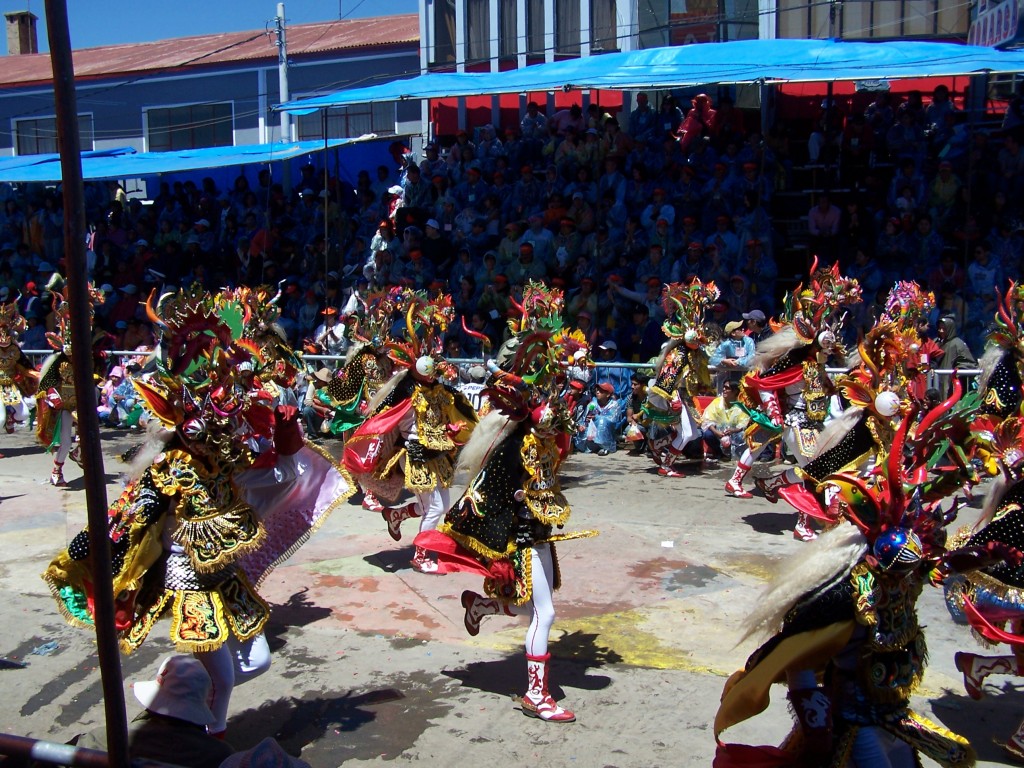 Oruro is a city in the south-west of Bolivia, and the Carnival there started as an Indigenous festivity a couple of hundred years ago and later merged with the Catholic celebration around the Virgin of Socavon on March 2. While native celebrations were banned under the Spanish, they used the Catholic celebrations as a mask to hide their portrayals of Andean Gods. Nowadays the celebrations occur in the period before the 40-day Lenten period. Today, it’s possible to celebrate and Catholic and paganic elements out in the open and in fact these add to the color of the event. This Carnival is one of the few pre-Lenten festivals listed by UNESCO as one of the Masterpieces of the Oral and Intangible Heritage of Humanity. Celebrations include parades, the most spectacular of which is the parade to the “sanctuary of the tunnel” where dozens of bands and dance groups lead the way. It’s estimated that in addition to tens of thousands of dancers and musicians, some half a million people take to the streets of Oruro to celebrate Carnival. Folk dancing is central to the Carnival of Oruro and this festival is the perfect way for a tourist in Bolivia to experience the multicultural tapestry of this South American country. 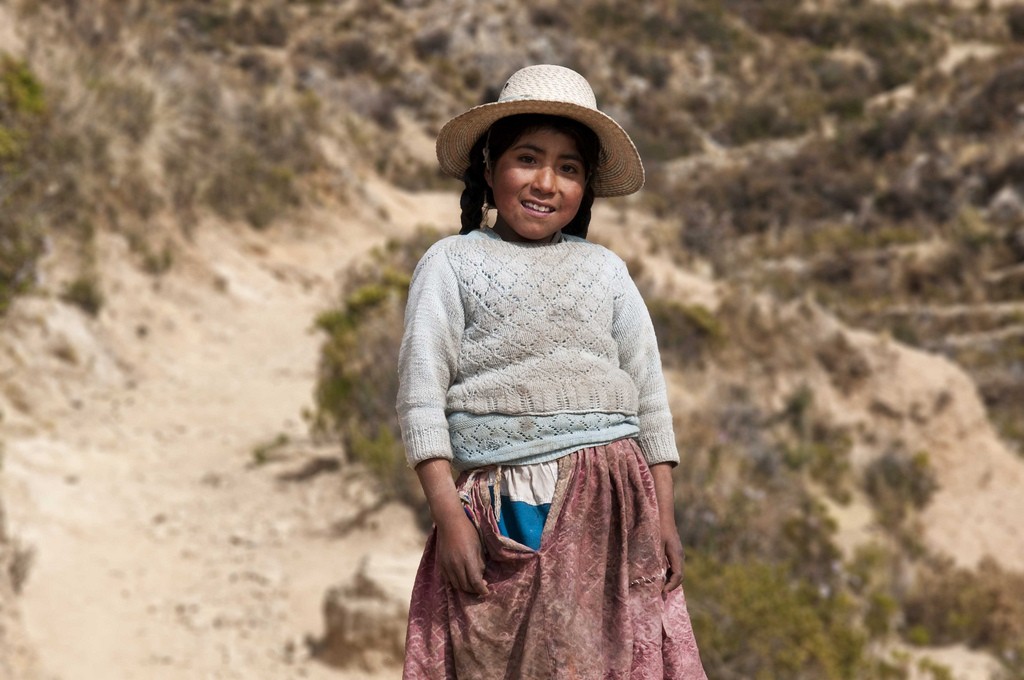 Bolivia has a rich Incan history, significant Spanish influences, and about a third of the country is made up of the Andes mountain range, it’s also one of South America’s poorer countries, and at a high altitude in many places – even breathing could be an adventure when you first arrive. This magical country in the heart of South America has it all for adventure travellers: giant mountains, Incan treasures, the cities of La Paz, Cuzco and Asunción, the Gran Chaco plain, the world-famous Lake Titicaca, and the Salar de Uyuni salt flat with its perfect natural mirror qualities (see image bel0w). There is simply no shortage of natural wonders in Bolivia snow-capped Andean peaks, rivers, lakes, plains, drainage basins, multicultural metropolises, and vibrant towns which provide a glimpse into Bolivia’s varied cultural influences as well as a slower-paced way of life. One of the most important things to remember is that Bolivia is made of many ethnicities, cultures and languages – but all this makes it an even more fascinating adventure travel destination. 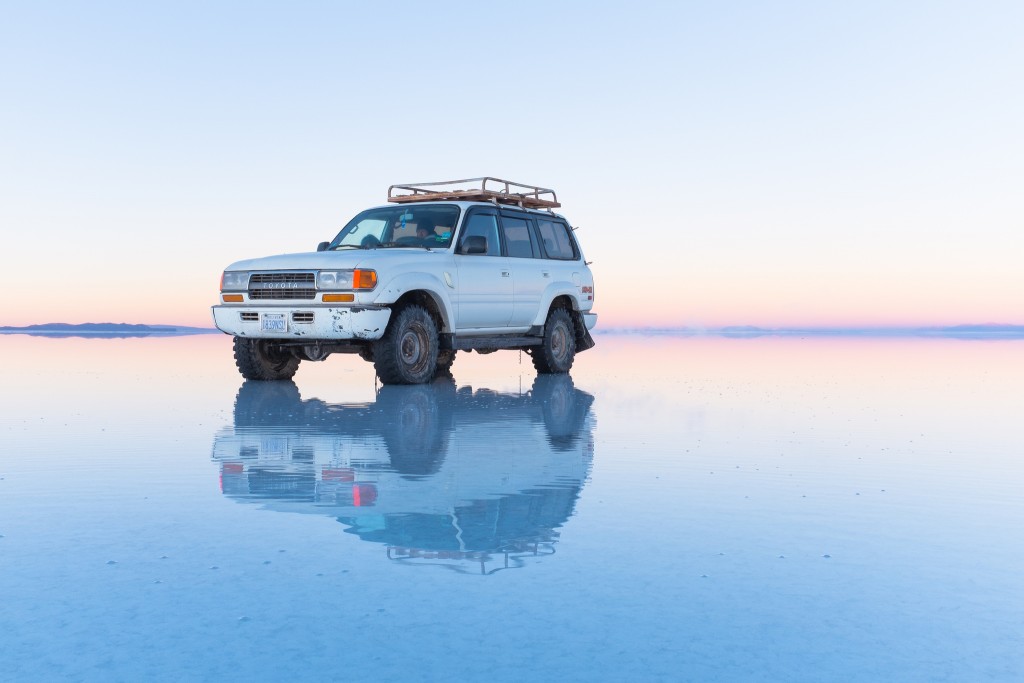 Ok. Bolivia is amazing for adventure sports enthusiasts. Check out this lineup! Recently we wrote about the world’s most dangerous (and incredible) roads, and it just so happens one of them is in Bolivia. The so-called “Bolivian Death Road,” known officially as the North Yungas Road is a more than 50-kilometer-long road that leads from La Paz to Corico. Some call this the most dangerous road on earth, and it’s estimated hundreds die each year trying to pass it. Driving right along the edge of cliffs that are hundreds of meters up in the air, sharing the one-car lane with overcrowded mini buses, cyclists and hikers, and add the sometimes muddy track, loose gravel, mist, rain and other challenges like potential landslides and falling boulders. Still those who drive this road, often report that it’s one of the best things they did in South America.

The other top adventure sports to try in Bolivia include paragliding (head to La Paz or Cochabamba); given that 1/3 of the country is Andean mountains Bolivia is a great spot for mountaineering, trekking, hiking and climbing sports; the Chapare province has white water rafting opportunities; while Santa Cruz is one of the spots that offers sky diving. For those into urban adventures there are some rappelling tour operators in La Paz, while for those who prefer climbing rocks head to Sucre where there are rock climbing sites for people of all levels of climbing skills. Then of course there’s the Amazon Rainforest, which reaches into Bolivia – head into the world’s biggest jungle to see the world’s most bio-diverse range of flora and fauna. Maybe steer-clear of the piranha-infested water though!

Liked this article? Looking for the latest in travel and adventure news? Then check out the rest of our articles at Adventure Herald. You can also like us on Facebook, follow us on Twitter or Instagram to keep up with our latest antics.
Tag adventure holidays adventure travel bolivia Carnival of Oruro Pre Lenten Festivals south america