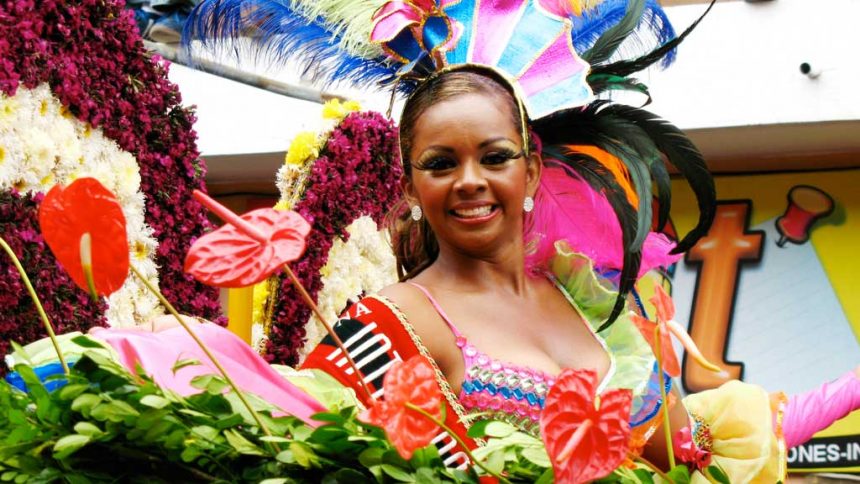 Before the fasting period of Lent (that leads up to the Christian celebration of Easter), many Christian countries and cultures find a way to celebrate Carnival. The Carnival period is usually in February and March – sometimes starting as early as January 6 – when there are special parties and parades, but usually there is one specific Carnival week that marks the height of festivities. Carnival celebrations also include Mardi Gras – the day that is the culmination of Carnival, also known as Fat Tuesday. This occurs just before the Lenten fasting period begins. Just like the dates for Carnival move around, the date for Mardi Gras also isn’t fixed as it depends on exactly when Easter is each year. In our new series we look at pre-lenten festivals around the world. Ecuador’s Fiesta de las Flores y las Frutas, which actually just means Festival of Flowers and Fruit, takes place in the city of Ambato during the pre-Lenten Carnival period. Here’s more on this dazzling display! 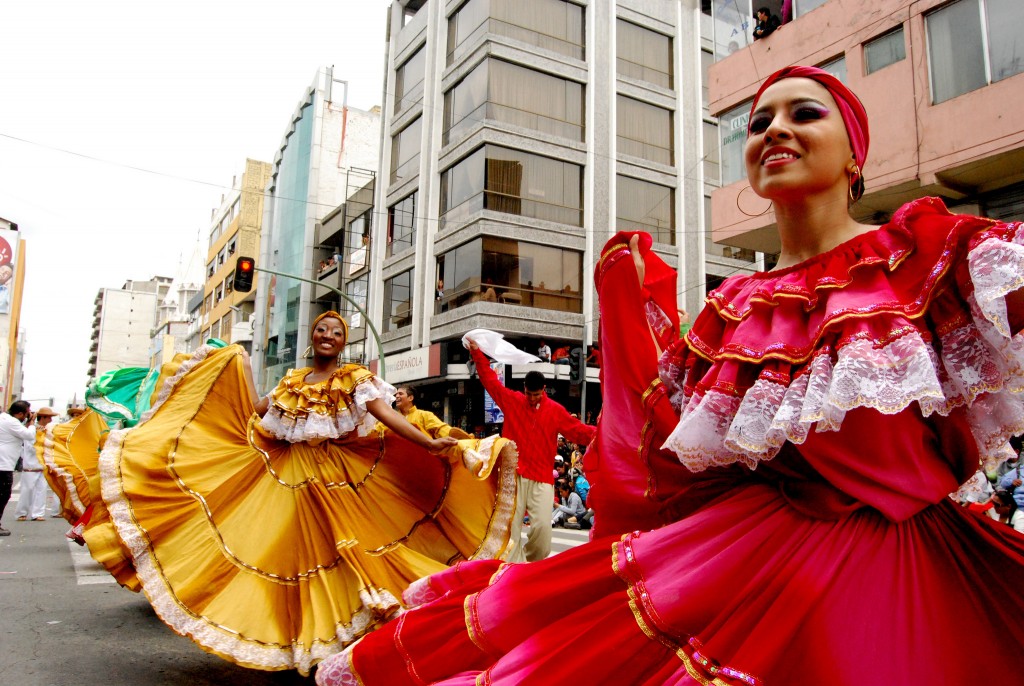 The Central Andean city of Ambato is home to the colorful Fiesta de las Flores y las Frutas celebration during the Carnival period. It actually was created quite recently in the 1950s to commemorate a massive earthquake that killed 6000 people there. The reason for the focus on fruits and flowers is because the city sits under the Tungurahua volcano and the volcanic soil here is perfect agricultural land for growing things… like fruit and flowers! The two-week February celebration first began to encourage the locals to feel better after the deadly quake, but it was so successful it became an annual event and a major tourist draw card. Now, there are parades, pyrotechnic displays and even peach-flavored wines! The delicious fruits that grow in the fertile soil include: apples, pears, plums, papayas, blackberries, passion fruit, mangoes, figs, bananas and much more. What more could you want? Well, Ambato has some of the world’s most beautiful blooms too. This really is a beautiful celebration of nature’s finest and most colourful produce. The parade is led by a prestigious Queen, and the floats are decorated by fruits and flowers. There are also dancers and parties during the celebration, and given that it’s a pre-Lenten festival the Saturday before Lent begins is marked by a huge mass called the Blessing of Flowers, Fruits and Bread. 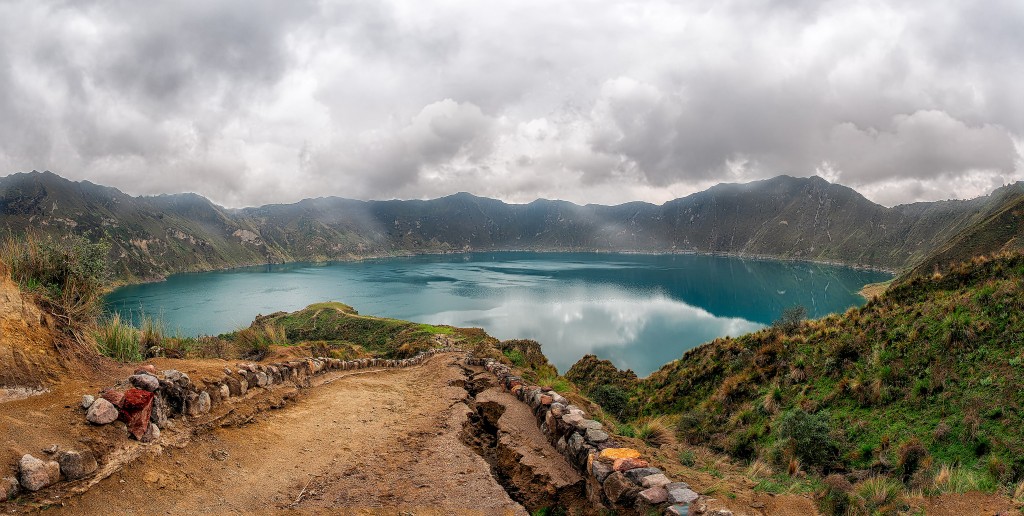 The South American country of Ecuador has a lot of great attributes for adventure travelers. A Pacific Coast shoreline, Andean mountains, volcanoes, a huge number of UNESCO World Heritage Sites, the Amazon Rainforest, cities like Quito and Cuenca, oh and did we mention the Galapagos Islands? So you get the idea: there are plenty of reasons to add Ecuador to your bucket list. If you’re in Ecuador for the Fiesta de las Flores y las Frutas, you’ll be visiting in the “wetter” season, but even though Ecuador lies on the equator (so you’d expect a distinct wet and dry season), you can pick where you go in Ecuador based on the weather you like because of the various altitudes and the whether you go to coastal or inland areas. Ambato is smack-bang in the middle of Ecuador in the Andean highlands mountains, to the west you have the Pacific coast, to the east you have the Amazon. One of the most incredible things for adventure travelers to do is take the Devil’s Nose train ride, which could be one of the world’s most incredible zig-zagging rail journeys.

The above image is of the Quilotoa volcano crater lake – more on that below. 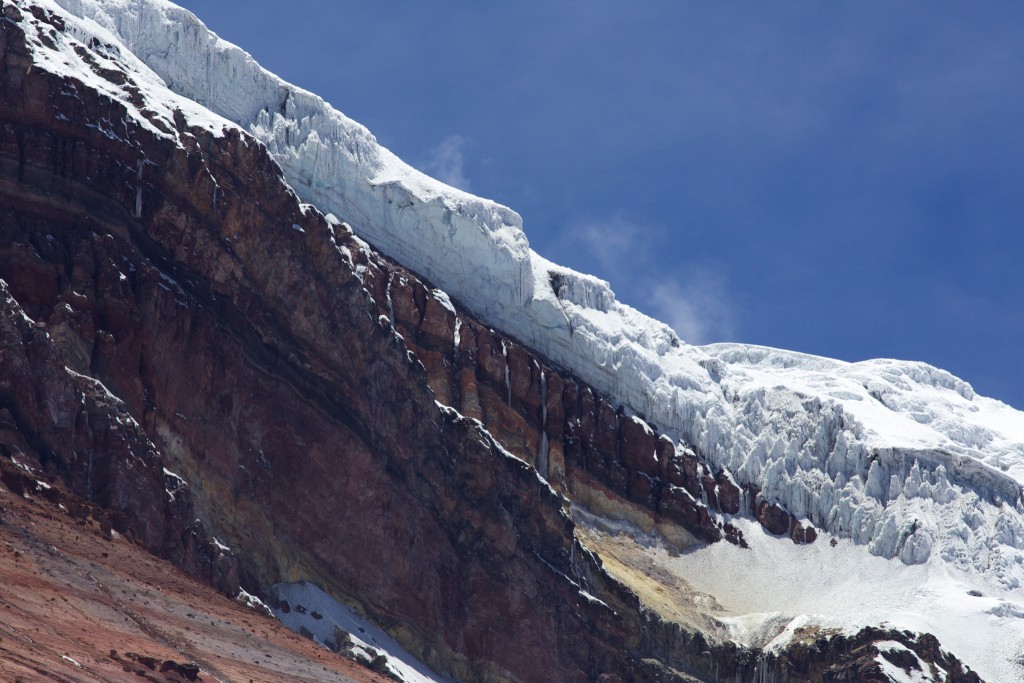 Cotopaxi, in the Andes Mountains, is the world’s highest elevation active volcano, and it’s the second tallest volcano in Ecuador. You can go mountain biking down the 5897 meter side of the volcano. Do the 3-4 day trek that is the Quilotoa Loop of the Quilotoa volcano, which includes the crater lake (picture in the previous section) called Laguna Quilotoa. Banos is one of the so-called adventure capitals of Ecuador, and best yet it’s only about 40 kilometers from Ambato. The things you can do in Banos include: canyoning, whitewater rafting, paragliding, bridge swings and even climbing the nearby Tungurahua Volcano (where you can sometimes even see lava erupting from the peak). As we mentioned Ecuador has more than 2000 kilometers of coastline to the Pacific, so head to Montanita if you love surfing. Other great beaches in Ecuador include Salinas (from where you can also go whale watching), Manta or Playas. Discover the Amazon Rainforest at Tena, where you can go whitewater rafting, which basically includes paddling for a bit before you reach some pretty high-grade rapids. You can also go trekking in the Amazon Rainforest from Ecuador if you’d rather stay on solid ground.

Liked this article? Looking for the latest in travel and adventure news? Then check out the rest of our articles at Adventure Herald. You can also like us on Facebook, follow us on Twitter or Instagram to keep up with our latest antics.
Tag adventure sports adventure travel Ambato Ecuador Festival of Flowers and Fruit Fiesta de las Flores y las Frutas Pre Lenten Festivals south america