The Andes are at once the longest and – outside of Asia – the highest mountain range in the world. Located in South America nestled between the Pacific Ocean and the Amazon Rainforest, the Andes offers everything from desert scenes to gigantic snowcapped peaks. Add some volcanos into the mix and some tropical jungles, and you have the magic and the majesty of the Andes.

About the Andes Mountain Range

The Andes mountain chain is the longest in the world at 7000 kilometers from top to bottom! Outside of Asia, it’s the highest mountain range in the world and the highest volcano is even located in this mountain range. The Andes crosses over several countries. The Southern Andes is located in Argentina and Chile, the Central Andes in Ecuador, Peru and Bolivia, and the Northern Andes in Venezuela and Colombia. Unsurprisingly given its length, the climate of the Andes varies considerably as it snakes its way up the west coast of this vast continent. For example, in the south it’s rainy and cool, while in the center it’s dry, while up north it’s rainy and warm. The dry section includes the beautiful Atacama Desert, while in the Bolivian Andes there are enormous rocky mountains covered in snow.

Last year we wrote about insane true survival stories that included the 1972 story of a plane carrying the Uruguayan rugby union team (and others) crashing in the Andes. Of the 45 people aboard, 16 survived the crash and the hostile conditions, which included spending two months on the side of a mountain in freezing conditions. We could also mention Siula Grande in the Peruvian Andes where two climbers made an ascent – and a harrowing descent – which was later captured in the film and book Touching the Void.

As a base perhaps stay in any one of the larger cities along the Andes for example Cuzco (Peru), Quito (Ecuador), La Paz (Bolivia) or Bogata (Colombia) to name just a few.

Adventure Sports in the Andes 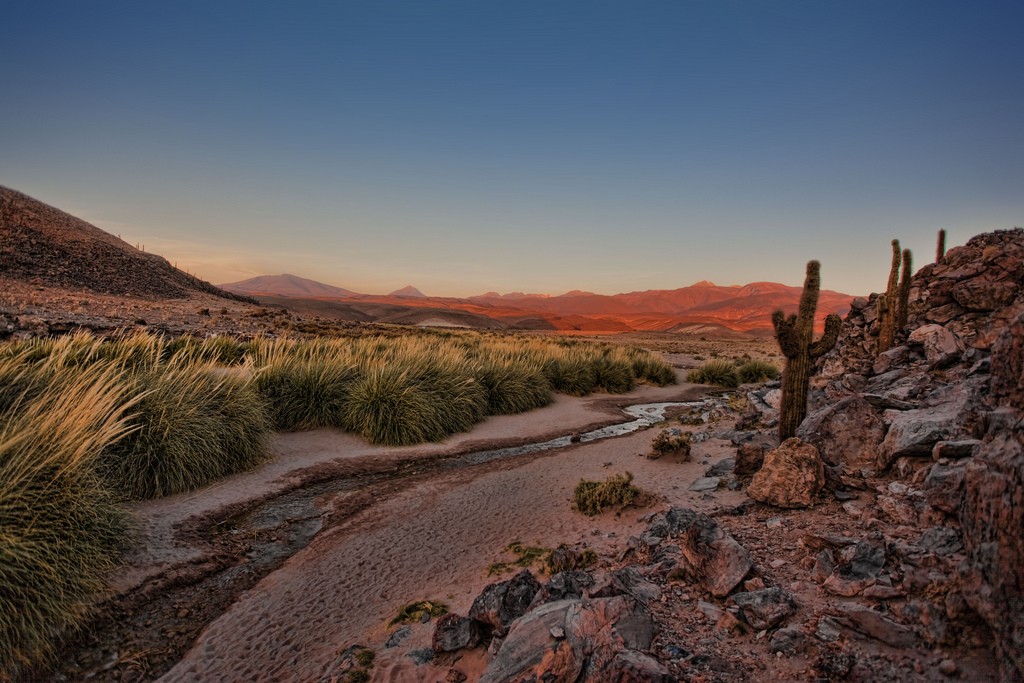 If ice climbing is your thing try the Cordillera Blanca (including what’s dubbed as one of the world’s most beautiful mountains: Huáscarán), Huayhuash or Willkanuta – all three of which are in the Peruvian Andes.

If you prefer rock climbing – and perhaps if you’re keen for some big wall climbs – then the Andes is your place as it offers the biggest concentration of big wall climbs in all of South America. Specifically head to Patagonia where some of the world’s most well know big wall climbs are to be found, including for instance Cerro Catedral.

Mountain biking is also popular in parts of the Andes, for example at Puna de Atacama plateau, which include the scenic Salar de Atacama salt flats. Rafting trips of a day or a several days are also sought after when in the Andes. For example head to the Lake District of Chile, or Urubamba in Peru or perhpas the Futaleufu. For skiing and snowboarding head to Argentinian or the Chilean Andes but just remember that winter in the southern hemisphere is when the northern hemisphere summer is, so the best months for skiing and boarding are typically July and August. Ski touring and ski mountaineering are also on offer in parts.

Adventure Travel in the Andes

One of the best things to do while on an adventure holiday in South America is to go trekking or mountaineering in the Andes. You’ll probably get to meet some incredible locals, and stumble upon some alpacas, llamas or chinchillas. For those who love hard-core mountain trekking, getting to see the beautiful Mount Fitz Roy is a must. Being home to the highest mountain in the world outside of Asia, the Aconcagua is also a pearl of the Andes. Standing at 6959 meters above sea level this is a challenging climb!

Depending on where you go, treks last about a week for the casual trekker. Expect something that is a mixture or mountaineering in the European Alps and in the Himalayas. In other words if you’re looking for a greater climbing challenge that say the peaks of North America, without heading to Nepal, then the Andes could be the ideal middle ground.

In the Andes there are ample opportunities to climb a volcano – you can access volcanoes from Ecuador, Chile or Argentina. Remember, it’s best to have a good level of fitness before heading off because the higher altitude means that even very fit people will be challenged. Try Ojos del Salado  in northern Chile, or Villarrica where you can even look down into the crater, Peru’s El Misti, or even Ecuador’s Cotopaxi. Ojos del Salado is actually the highest volcano in the world standing at 6893 meters above sea level.

Finally, we must mention Machu Picchu, which is a world-famous Inca site in Peru. We recommend hiking the Inca Trail which takes several days and must be done on a guided tour (it cannot be done independently) or you could take the famed Belmond Hiram Bingham Train from Cuzco to Machu Picchu and back, which we wrote about as one of the world’s most epic train journeys.

If you’re exploring the Andes head to the Amazon Rainforest next door for more thrills in South America, or head out to the Galapagos Islands in the Pacific Ocean.

Liked this article? Looking for the latest in travel and adventure news? Then check out the rest of our articles at Adventure Herald. You can also like us on Facebook, follow us on Twitter or Instagram to keep up with our latest antics.
Tag adventure travel Andes mountain range argentina bolivia chile colombia Ecuador peru South America travel the Andes Venezuala