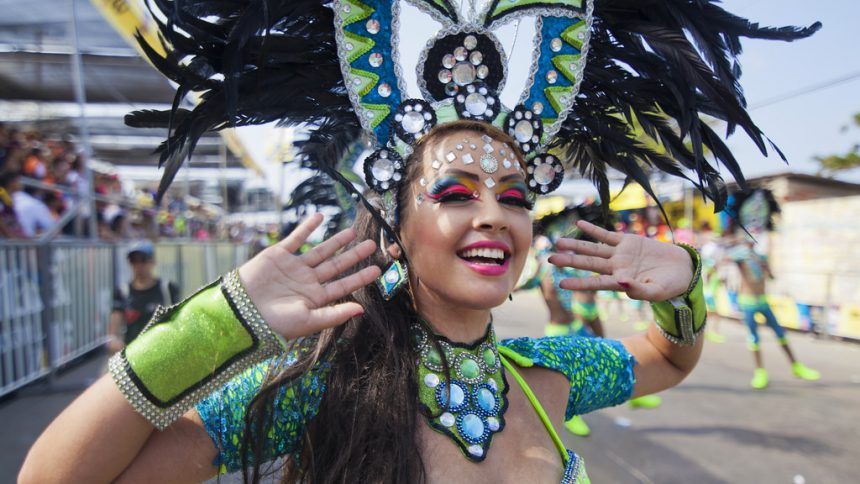 Before the fasting period of Lent (that leads up to the Christian celebration of Easter), many Christian countries and cultures find a way to celebrate Carnival. The Carnival period is usually in February and March – sometimes starting as early as January 6 – when there are special parties and parades, but usually there is one specific Carnival week that marks the height of festivities. Carnival celebrations also include Mardi Gras – the day that is the culmination of Carnival, also known as Fat Tuesday. This occurs just before the Lenten fasting period begins. Just like the dates for Carnival move around, the date for Mardi Gras also isn’t fixed as it depends on exactly when Easter is each year. In our new series we look at pre-lenten festivals around the world. In the South American country of Colombia – a magnet for adventure travelers – the Barranquilla Carnival takes place both as a traditional folk celebration, but also as one of the world’s biggest Carnival bonanzas.

About the Barranquilla’s Carnival 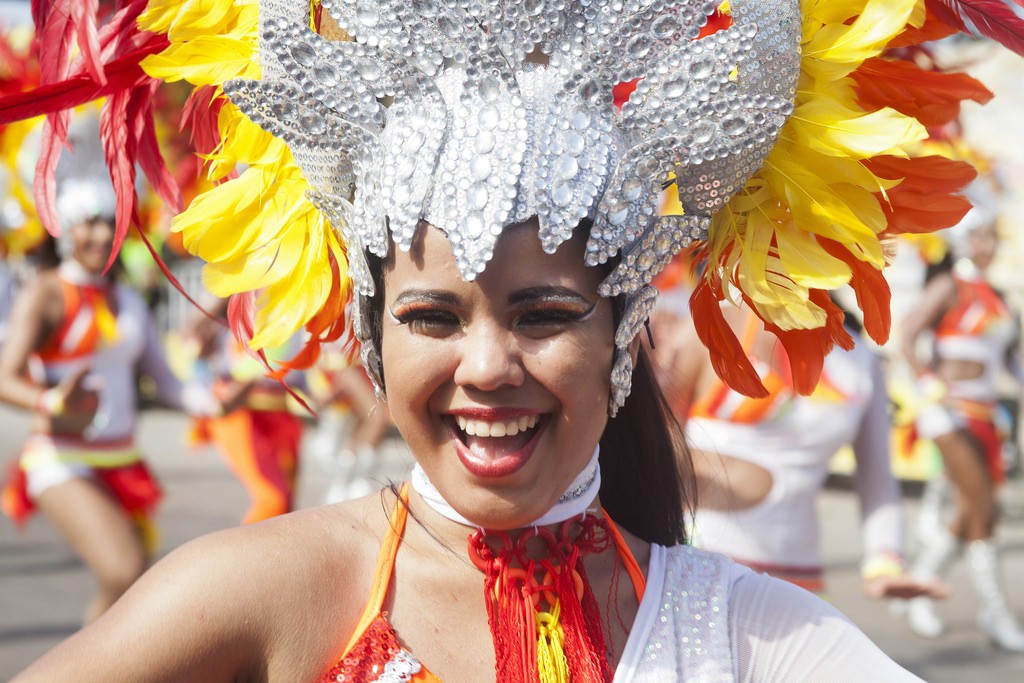 The Barranquilla Carnival starts on the Saturday before Ash Wednesday and goes for three days, and the northern Colombian city comes to a standstill street dance, live music and masquerade parades taking over the streets. The music and dance have Spanish, African and indigenous influences. The major event is the Battle of the Flowers on Saturday. This is the parade where the King and Queen lead dancers, musicians, marchers in costume and disguises, and fire breathers around the streets. There is another parade on Sunday where there are no floats but people in masks instead, and on Monday there is more live music. There is also a Carnival Queen who is chose the previous year, she presides over the festivities. The motto of the event is that everyone should dance, enjoy themselves and party wildly! UNESCO has even listed it as one of the world’s Masterpieces of the Oral and Intangible Heritage of Humanity. 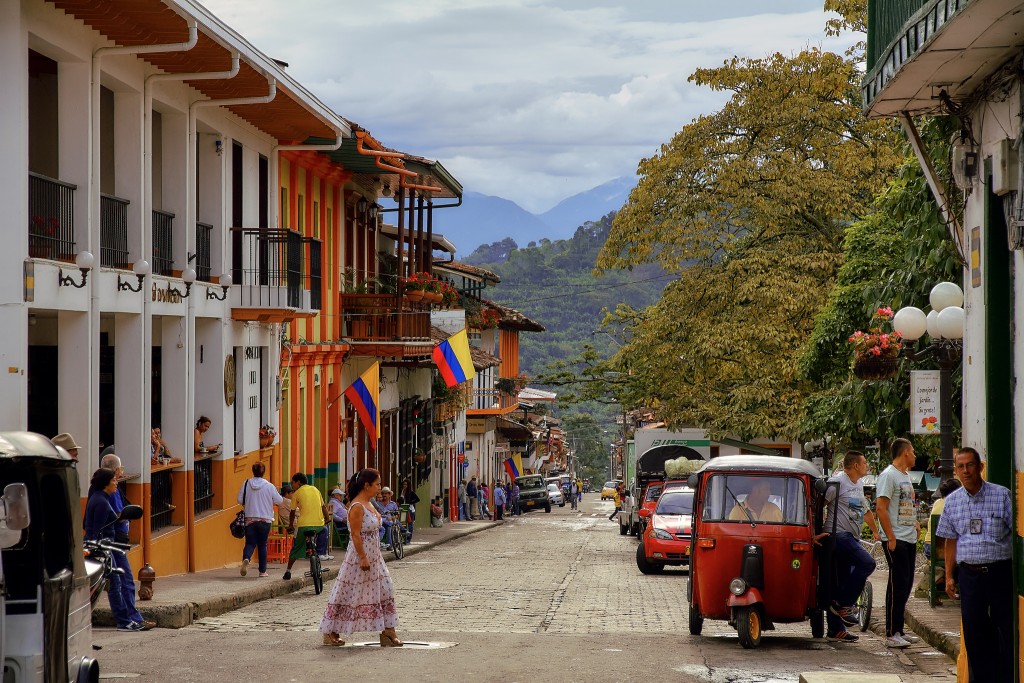 The perception of Colombia has changed in recent decades, from one where it was considered a relatively dangerous place for tourists to go, to a magnet for backpackers and tourists of all stripes. Still, it’s considered a more adventurous destination for the average adventure traveler. Barranquilla itself is located on the Caribbean coast of Colombia but there’s much else to see from the jungles of the Amazon Rainforest to snow-capped volcano peaks. There’s rocky deserts, lush valleys, lakes and of course beaches. Oh and did we mention the islands, with coral reefs teeming with marine life? Colombia actually boasts two coastlines because in addition to Caribbean coast, Colombia also has a coastline to the Pacific Ocean. From the capital city of Bogota; to the salsa capital of Latin America, Cali; and the historical attractions of Cartagena, Colombia is bursting with flavour for adventure travellers wanting to explore nature, culture and the interesting mix of modern and traditional in one of the continents most intriguing destinations. Not yet overrun by tourists, try to visit Colombia before everyone else finds out! 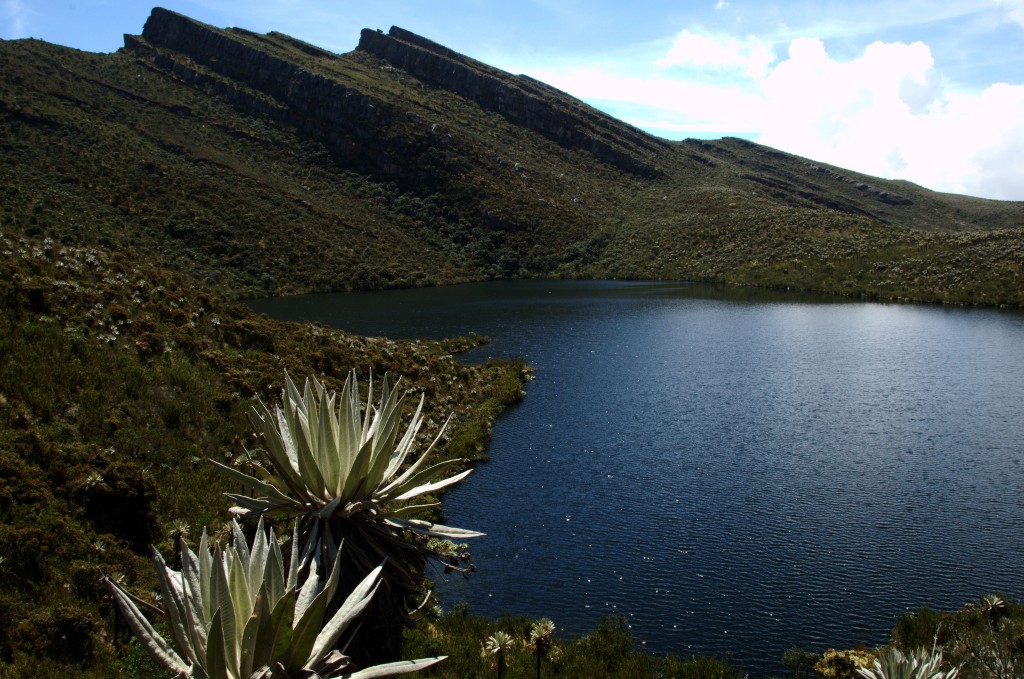 The Colombian islands offer great diving opportunities, some of the best can be found at San Andrés and Providencia islands where you’ll find one of the world’s largest barrier reefs. Another good option is the Rosario Islands where you can go snorkelling to see the reefs as well. The Los Nevados National Park is located in the Colombian Andes, a must for those wanting to see some high-altitude volcanos and do some trekking in the famed Andes. We wrote about more adventure travel in the Andes mountain range earlier. A must-see volcano here is the Nevado del Ruiz, which is still an active volcano and can often be found covered in snow as well. Other top volcanoes include Chiles and Azufral.

Another great spot for trekking and mountaineering in the Colombian Andes is at the Cocuy National Park. One of the most interesting things about Colombia is that because of the elevation levels, it’s one of the rare places where snow capped peaks can be found in the tropics! Stop by Lake Guatavita, which is a top tourist destination near Bogota. It is basically a lake that has formed in what appears to be a crater. For those interested in bird-watching, particularly flamencos, head to the Los Flamencos Sanctuary. For those that would prefer to see giant whales, there is great whale watching from Nuqui, head to this Pacific Ocean coastal location from July to October for your best chance.

Finally we must mention the Amazon Rainforest and Amazon River, where aside from river cruises and camping you have the chance to see monkeys, pink dolphins, colorful parrots and more.

Liked this article? Looking for the latest in travel and adventure news? Then check out the rest of our articles at Adventure Herald. You can also like us on Facebook, follow us on Twitter or Instagram to keep up with our latest antics.
Tag Barranquilla Carnival Carnival colombia easter lent mardi gras Pre Lenten Festivals south america