Pretty soon your Facebook newsfeed will be filled with many of your friend’s photos of their recent skiing or snowboarding holiday, and while there is absolutely nothing wrong with these popular snow sports, if you’re bored of those or looking for a fresh challenge, then these alternative winter sports could inspire you to get amongst something new this winter. Here are some alternative winter sports that will make you sweat it out in even the coldest conditions. Ice climbing is a technical sport that combines some of the principles of rock climbing and free climbing. It involves climbing steep glaciers, frozen waterfalls, frozen ice on rocks, or up the side of ice caves. Often rope is used to help protect the climber on a steep slope, while an ice pick or axe is used to get a better grip of the ice, and special add-ons to snow shoes called crampons are used to ensure your feet can get a grip of the ice. This sport requires some experience, and you should get some lessons in rock climbing and ice climbing techniques before attempting it. Snowshoeing is a relatively low-key winter sport, where you can go for a hike in the snow, or explore backcountry areas and make your own trail. Whichever, adventure you choose remember to have some warm clothes and plenty of water. There are different types of snowshoes – for example, for beginners a basic pair will be good for normal terrain that doesn’t have too many steep hills or tricky descents. The snowshoes has a metal or plastic frame, and a board-like shape (kind of like a mini snowboard on each foot), then it also has bindings kind of like skis so that your boot can clip on. The snowshoe normally has a jagged bottom so that it can grip the snow as you walk. Many snowshoers head out with poles too for extra grip. It’s a fast-growing sport as it’s a new way to explore snow-covered mountains – and it’s even practiced by skiers and snowboarders who snowshoe around as they uncover the best backcountry slopes. Tobogganing, also known as sledding, can be a fun winter sport for all ages. You can either do it on any slope, or there are sometimes specific winter toboggan parks where you can use a pre-carved track. While modern designs differ from the original sleds that had wood slats, nowadays it’s often like a plastic board. Although some sled designs even have ski-like planks at the bottom. Do this sport in a seated position (although if you’re going down a particularly steep hill you might find you do more slipping and sliding than sitting) and lean various ways to steer! Similar in principle to the aforementioned sledding, dog sledding uses a modified sled, which is pulled along by dogs (and sometimes other animals). It’s still used as a form of transport in some remote areas, however, it’s also a fun racing sport. 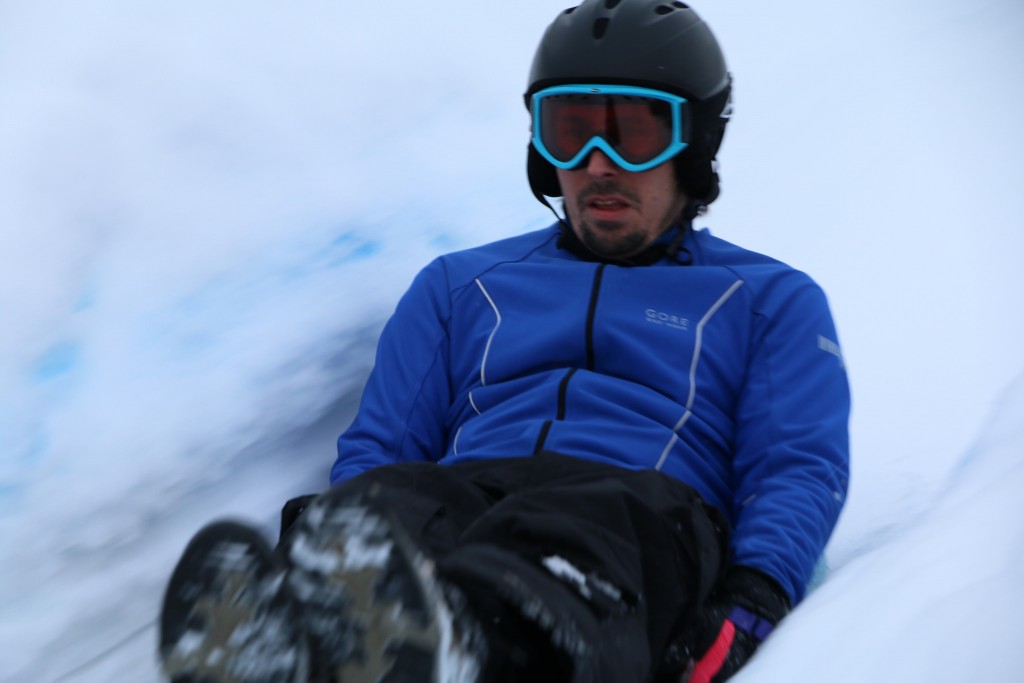 Put simply a luge is kind of a faster version of sled, where one or two riders lie down, feet first, face up in an aerodynamic position, with the head tilted slightly upward. Lugers can go at speeds of well over 100 kilometers an hour, and as with many extreme sports there’s no doubt this can be dangerous. Lugers can either go on artificial carved tracks, or on naturally created tracks which are most often found in Europe and the United States. Ice skating is a winter sport that’s available year round-in many parts of the world where you have indoor ice skating rinks. But during winter in places such as Europe and North America, man-made outdoor ice skating rinks pop up particularly on inner-city squares and lakes. Of course there are many natural ice skating locations that are created as lakes and rivers freeze over. Just remember to check the ice in these natural environments is thick and not prone to cracking, as falling through can be very dangerous. Think kite surfing but on snow or ice. Snow kiting uses the same basic principles, where someone on a snowboard uses a kite to jump and glide over snow. It’s good to have an advanced level of snowboarding skill, as this is more difficult than plain old snowboarding. But, if you love snowboarding this could be the alternative winter sport that takes you to the next level. In terms of team sports, ice hockey has got to be the most popular. Combining the skills of ice skating and hockey into one fast-paced, thrilling and dangerous sport. Ice hockey is most popular in North America and some parts of Europe where this sport is played in teams of amateurs for fun, schools and uni groups, as well as professionals.

Ice diving is where a scuba diver dives under ice. They are usually tethered by a rope so they can find their entry/exit point. Most who practice this sport use a special dry suit (as opposed to wetsuit), although some might be ok with just using a thicker wetsuit. It’s one of the most adventurous forms of scuba diving, which requires some advanced technical training and is generally done in a team with others waiting above the ice to assist. For example, the surface team might help with cutting a hole in teh ice using an ice-saw. Remember to beware of potential predators underwater like polar bears! Yikes! Using advanced skiing and snowboarding skills, snow jumping or snowboard jumping is a way to challenge yourself within the sport. Many ski resorts now have a funpark full of equipment to help you practice. Ski jumping is that popular Winter Olympics sport where the skier tries to jump as far as possible, while snowboard jumping has a few different versions where the snowboarder can jump, slide or glide over various kinds of bumps and obstacles. Snowmobiles are possibly the funnest contraptions ever invented. They’re designed to go on terrain either to get from point A to B or for recreation. Snowmobilers can either race, or explore backcountry. In the Arctic areas, for example, they’re used as a handy mode of transport, and can reach hundreds of kilometers an hour in speed. Snowmobiles can also be used for drag racing competitions. For rev-heads and car-lovers, this could be the ultimate winter sport for you! While not exactly considered a “sport” anyone who’s ever taken part in a to-the-death snowball fight with friends will know that you certainly can burn some serious calories and have plenty of laughs along the way. We think that this winter, even if you can’t get away to try one of the other alternative winter sports we’ve mentioned, you should definitely try having a proper snowball fight at least once. If you’re not sweating after 10 minutes than you’re not playing hard enough!

Want to Stick to Skiing and Snowboarding?

Liked this article? Looking for the latest in travel and adventure news? Then check out the rest of our articles at Adventure Herald. You can also like us on Facebook, follow us on Twitter or Instagram to keep up with our latest antics.
Tag alternative winter sports bobsled curling dog sledding extreme sports ice climbing ice diving ice hockey ice skating luge ski jumping snow kiting snow shoeing tobogganing winter sports