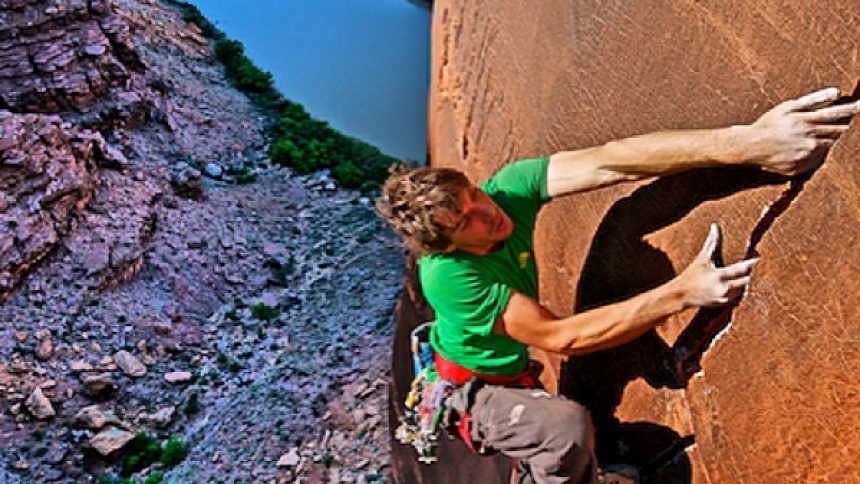 The Thrill of Free Climbing and Free Soloing

People who are rock climbing fanatics are generally the types who love nothing more than testing their physical strength on cliff-faces and mountain-sides, usually with the assistance of safety of ropes, foot-holds, and even a partner to assist if there’s a problem. But free climbers and free soloists take this thrilling adventure sport to a whole new level. If you’re ready to ditch most of your climbing aids and test your limits, read on!

What Is Free Climbing? 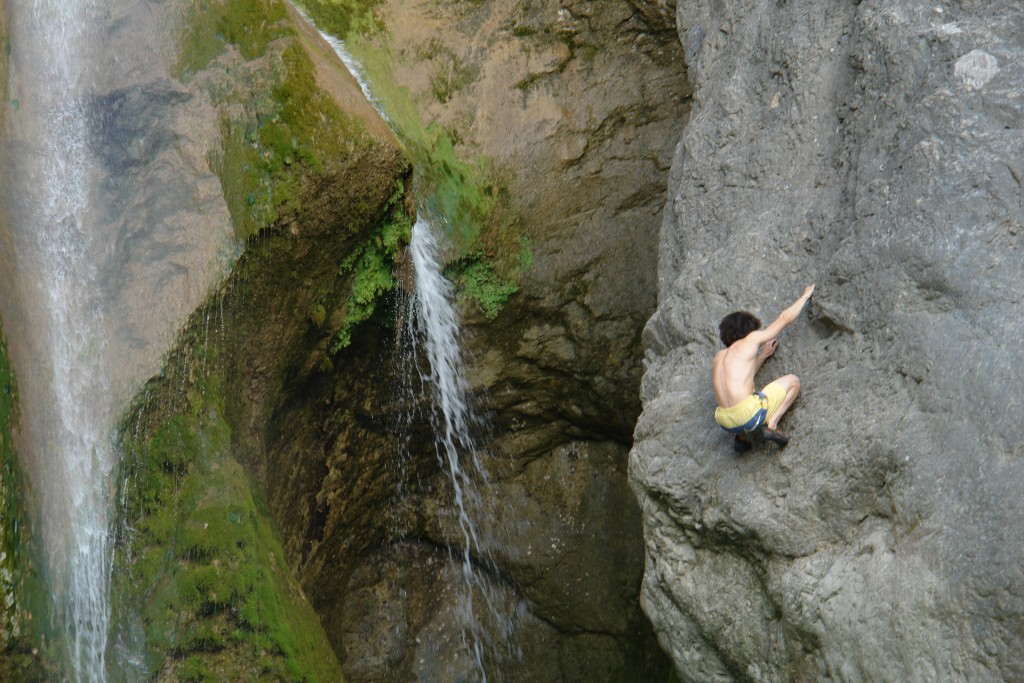 Free climbing is a kind of rock climbing that doesn’t use aids (like ropes) to assist in the climb up. Ropes may be used to prevent injury and falls, but not in the climb progression itself. This type of climbing can be done in many different conditions and on many different surfaces, however, it’s often undertaken hundreds of meters up on very steep (or even vertical) cliff faces, valleys or crevasses.

Taking the concept of free climbing a step further is free soloing, where you climb alone without someone else to help AND without any ropes or aids to assist should you fall. This is basically climbing with just your hands and feet to grip, and is obviously a very dangerous endeavour! For a fun example, check out Tom Cruise free soloing in Mission Impossible 2 here. Because of the inherent danger free soloing is attempted by very few among the climbing community, and many have died pursuing this adventure sport. Some consider this adventure sport to be crazy while others are driven by the challenge of the back-to-basics style of climbing. 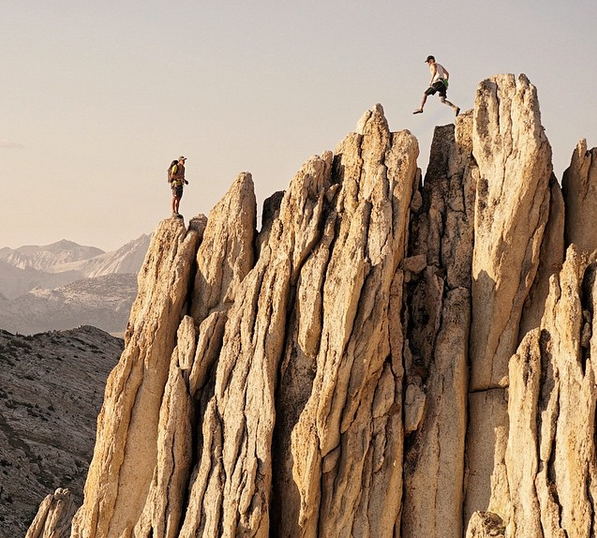 One of the world’s most famous free soloists is undoubtedly Alex Honnold. He is known for climbing in some of the most amazing locations on earth with just his hands and feet – with no equipment to help should he fall. He has set many free soloing records, and has even been featured National Geographic and 60 Minutes. You can find out more about this amazing sport in his book Alone on the Wall or check out some of his incredible images here.

Aside from succeeding in famous and danger climbs like the one that’s dubbed the world’s hardest rock climb: Dawn Wall on El Capitan peak at Yosemite National Park, free climbers and free soloers also give themselves goals relating to speed of the climb, accomplishing new – and harder – routes, or climbing established routes “better.”

What Are the Risks? 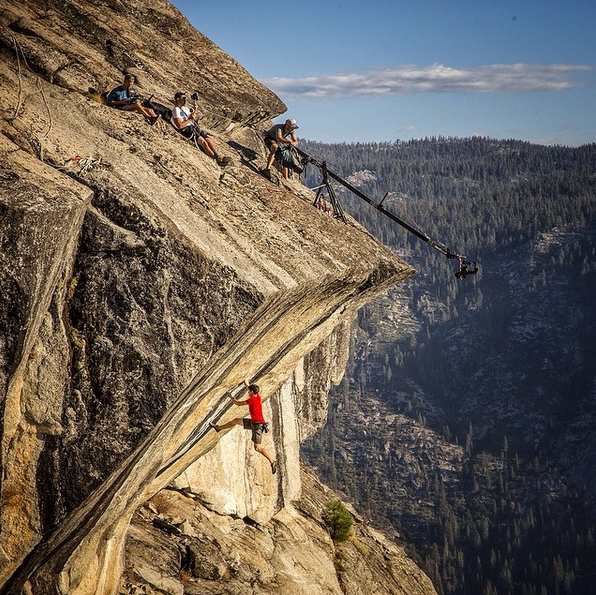 The risks of both free climbing and free soloing are significant. Both sports have the inherent danger of not having a rope or other securing points established along the climb up. While with free climbing there is some added reassurance of the ropes and other safety equipment, there’s always the chance of equipment failure like a rope fraying or a carabiner breaking. With free soloing the dangers are even greater, with slipping and falling is the most obvious but also the most likely danger. Even something like finding water seeping out of crevices can be life-ending, because wet rubber shoes can easily slip causing a fall. Fatigue and panic are also major threats. With many of the free solo the climbs, once you start the ascent it’s often more dangerous (or impossible) to try to scramble down, than to press on upward.

With free soloing, as with many adventure sports, one of the greatest challenges is to keep your nerves and adrenalin in check. Keeping a cool and level head is crucial when dealing with problems and trying to keep out of trouble. Knowing your limits, and when to push them is also critical.

Where Can I Try Free Climbing? 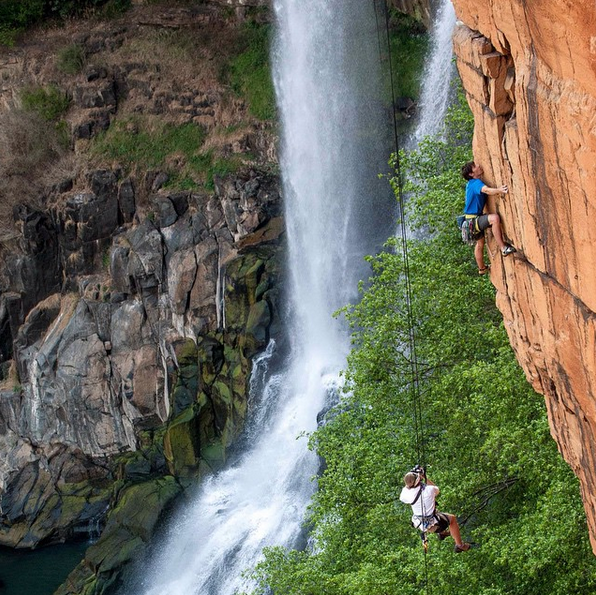 For a start there’s now a number of climbing gyms and bouldering facilities in major cities around the world, here you can learn techniques in the safety of an indoor environment. Once you have tried that – and plenty of easier rock climbing routes – there are an endless number of spots where you could try free climbing or free soloing, with probably many rock climbing options right near where you live.

Nonetheless, around the world here are some of the top destinations for climbers of all stripes:

It’s not necessary to head to a mountain range or a remote area to try free climbing, there’s a new(ish) breed of free climbers who are tackling inner-city feats by climbing up skyscrapers, other tall buildings and bridges. Of course, you should check the legalities of any such climb before you head off, or up, for that matter.

Liked this article? Looking for the latest in travel and adventure news? Then check out the rest of our articles at Adventure Herald. You can also like us on Facebook, follow us on Twitter or Instagram to keep up with our latest antics.
Tag adventure climbing adventure sports Alex Honnold free climbing free soloing rock climbing