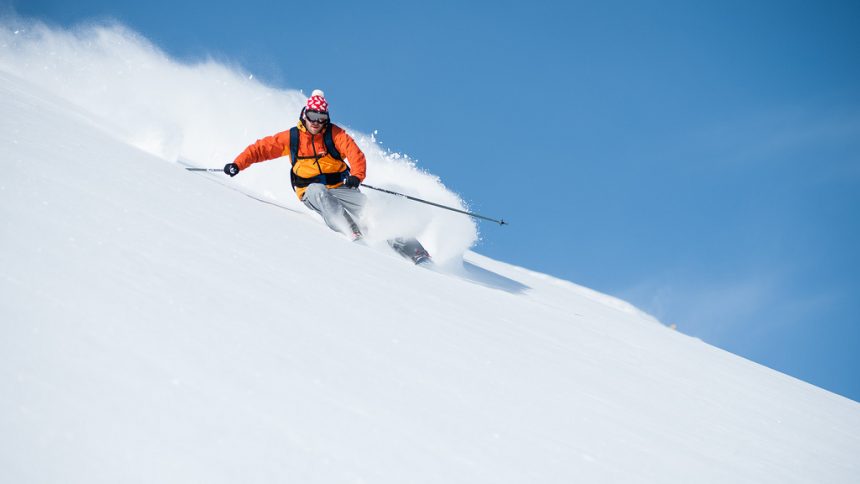 Adventure travellers are not just those who are pros at extreme sports or head to exotic locations. Adventurers are all those who step out of their comfort zones to try something new and challenge themselves beyond what they thought possible. So if you’re thinking of going skiing or snowboarding for the first time this winter it might be time to get to know and understand common ski resort terms and phrases. So, here’s some of the basic ski resort lingo, so that you know your “off-piste” from your “après-ski.”

Ski resorts: Ski resorts are special areas created for skiing, snowboarding and other winter sports. They’re usually located near a village and have chairlifts and gondolas taking skiers up the mountain from where they can ski down the specially groomed slopes. You need a ticket to access ski resorts, and they employ plenty of staff to run and maintain the resort. 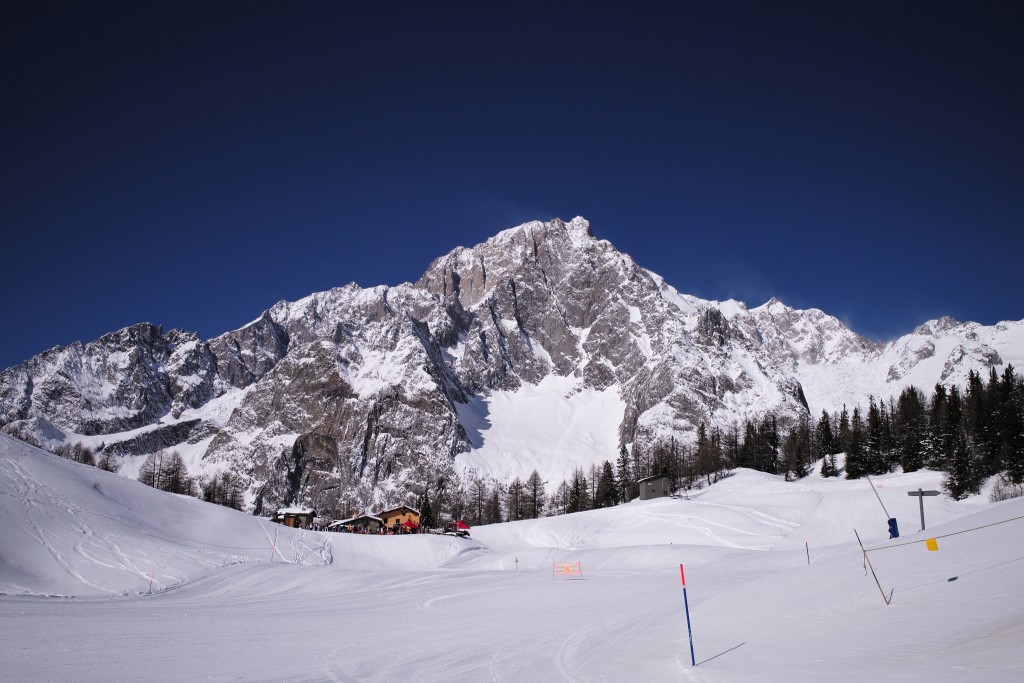 Ski season: The period in which the ski resort is open and staff are operating the equiment and manning the slopes. This is usually timed with when there tends to be good snow cover on the mountain(s).

Season pass: This is the ticket that skiers and snowboarders use to access the lifts and gondolas of the ski resort (allowing you to ski the slopes). You don’t need to get a whole season pass as often your holiday might be much shorter. However, depending on the length of your holiday it could be more cost-effective to get a season pass anyway.

Lift pass: These are tickets to use the lifts. The term could be interchangeable with the season pass, although sometimes lift passes aren’t for the whole season but instead just for the half-day/day/week.

Après-ski: A commonly used term to describe the “after skiing” or nighttime entertainment opportunities of the ski resort or nearby village/town. For example, does the ski resort have good night life, clubs, bars, restaurants, etc?

Chalets: Ski chalets (AKA ski lodges) are accommodation at the ski resort. They’re typically that old-style wooden building with a slanted roof. They often offer breakfast and dinner as part of the cost. Chalets can also be found in many ski resorts where you can pop in for a meal during your skiing day. 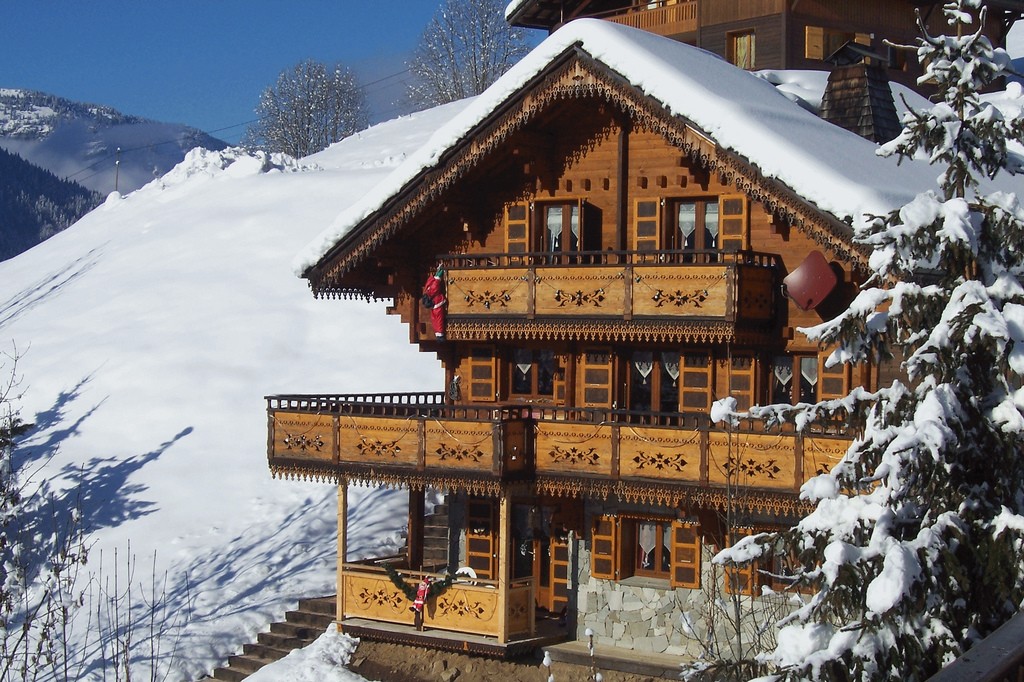 Ski rental: Usually located in the ski resort or nearby village these rental shops allow you to rent equipment and sometimes even the clothes required for skiing or snowboarding. The staff will help you get a good fit (this is really important) and equipment can either be rented for a longer period or just the day.

Ski or snowboard gear: Usually you’ll need a ski suit (made up of a jacket and pants, and maybe thermals underneath), you’ll need gloves, goggles, ski socks and a beanie (or balaclava). Sometimes you’ll wear a scarf too, although remember skiing can make you very hot. Ski and snowboard-wear are somewhat different (snowboard pants, for example, are baggier and edgier in style).

Skis, Poles and Boots: To ski you need a set of two skis, two poles, and special boots that click into the skis. Once you gain experience, you’ll start to form preferences for both your equipment and clothes, but to start with check out what the ski rental places offers and go from there! Snowboard, Bindings and Boots: To snowboard you need the specialized snowboard, bindings (frame), and snowboard boots. To start with head to the rental place for advice, as you gain experience you’ll form preferences and then you could even buy your own set.

Ski Storage: Accommodation places often advertise that they have ski (and snowboard) storage. This is a little room where everyone packs their equipment in together. It should have a heater so that your gear can dry out overnight before you pick it up the next day.

Ski instructor: First-time skiers and snowboarders usually sign up for group or private lessons. These lessons are provided by a specially qualified ski instructor who will teach you correct technique.

Lingo On the Slopes

Skiable areas: These are the areas where skiing and snowboarding are allowed within the boundaries of the ski resort. Sometimes some portions are off limits (these are usually marked by signs), these are either permanently closed areas (because they’re unsafe), at just temporary closed say because of lack of snow, or an avalanche risk for example.

Trail map: This is a map of the skiable areas of the ski resort. It marks what lifts and gondolas are there, plus it colour codes (see below) the various skiable trails. 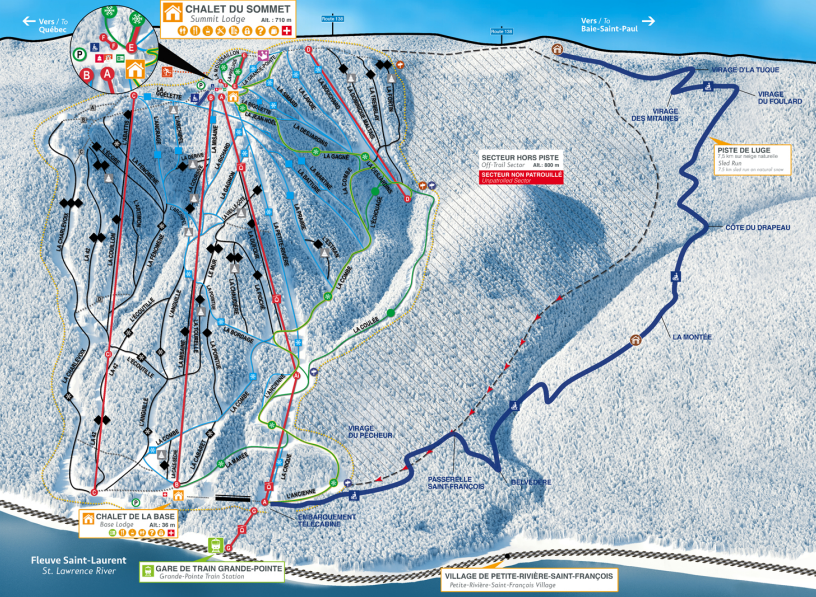 Mountain stats: This refers to details about the mountain. How many different ski trails there are – and how difficult they are, how many lifts and gondolas there are, how steep and long the trails are, and how many people the resort has capacity for.

Runs: AKA pistes, slopes, paths, trails. Ski runs are the marked trails that form one of the official routes offered by the given ski resort. The term “piste” is more commonly used in Europe, whereas elsewhere the terms “ski runs” and “ski slopes” are the more commonly used terms.

On-piste: This refers to being on one of the marked trails (aka runs) that are officially part of the ski resort.

Groomed tracks: Pistes/runs/trails that are officially part of the ski resort are groomed (swept) by staff each morning ahead of opening to ensure the trails are as in as good a possible condition for skiers. It means any fresh snow is spread and that there aren’t mounds of dumped snow in the way. 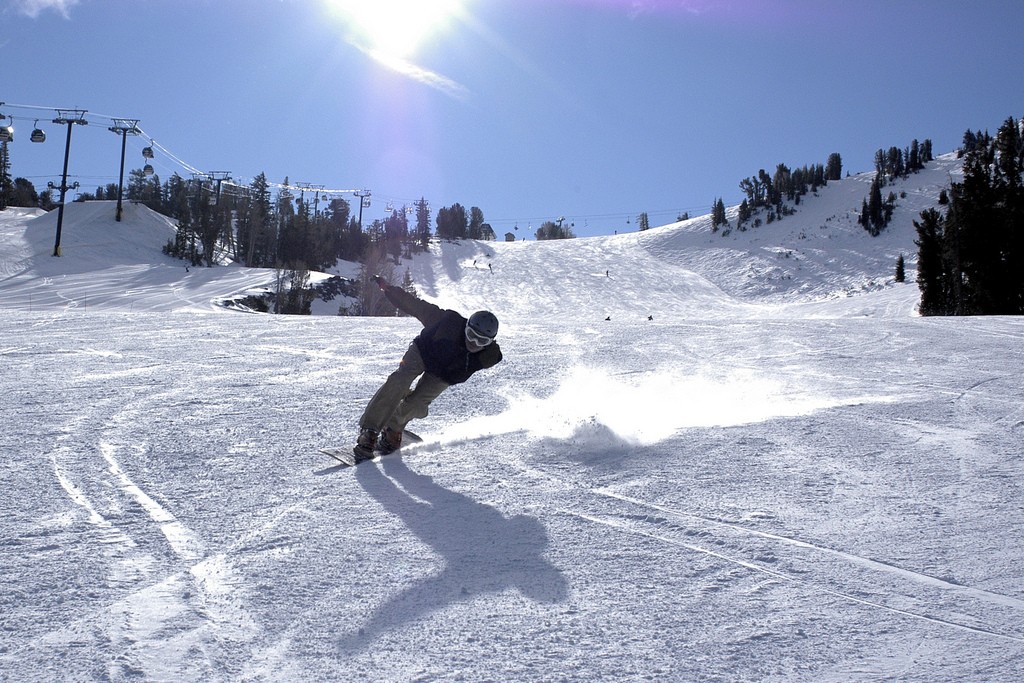 Green: Ski runs are classified based on their difficulty. Most continents have different subsets but roughly they correlate. Trails marked green are the easiest.

Black diamond: Black runs can also be shown with the additional sign of a single diamond, which signifies it’s for advanced skiers. 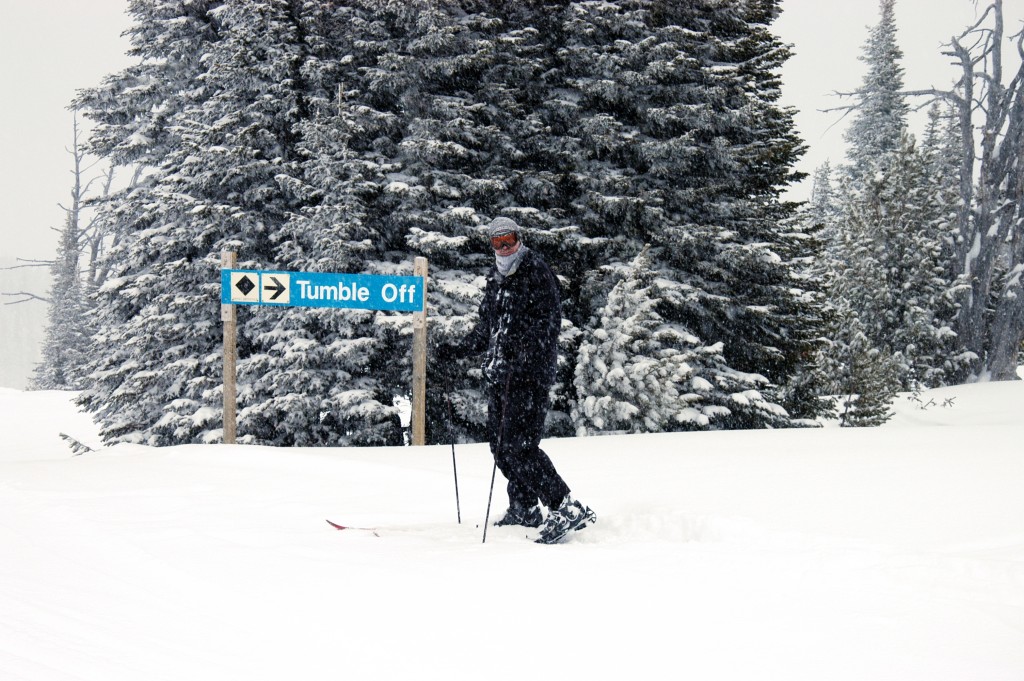 Yellow signs: These signify areas that are not officially marked and groomed trails. It’s called going “off-piste” (see below). They are still part of the ski resort BUT are not official trails as such.

Off-piste: This term refers to areas that are not officially marked and groomed pistes BUT are still part of the ski resort. You might be able to access these off-piste areas using resort resources (like lifts), however, the trails are not marked, so you’ll be ‘on your own.’ Probably not recommended for first-timers. 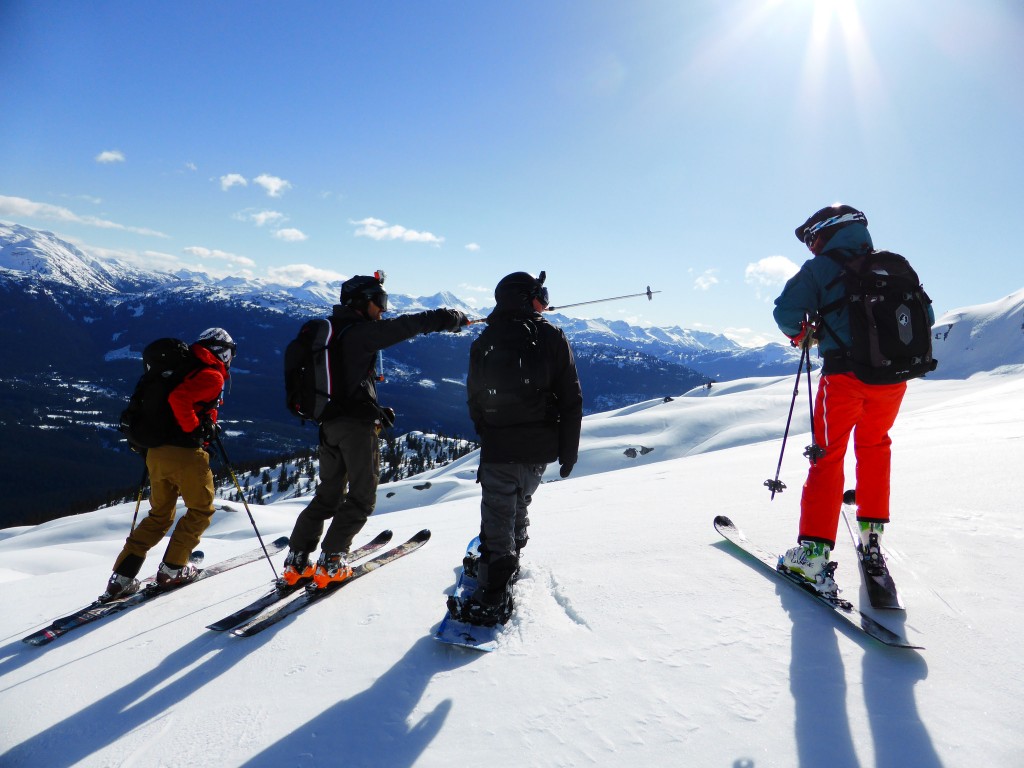 Back country: This refers to going skiing or snowboarding in areas that are not part of a ski resort. Not recommended for first timers because back country inherently refers to unknown difficulty levels and unforeseen challenges (eg. avalanches). There are also no lifts to take you up so you’ll be doing plenty of climbing.

Gondolas: A little enclosed capsule (like a cable car) that takes a group of people up the mountain. There are slots where you store your skis/boards outside the cabin before you hop in. They’re usually fast and they are used to take skiers up long distances like from the resort to the peak.

Chairlift: This is an open-air lift where a few people will sit and be carried from one point in the resort to another. Don’t take your skis or snowboard off, you have to ski/snowboard off chair when you reach the end. Sounds hard, but it’s ok. 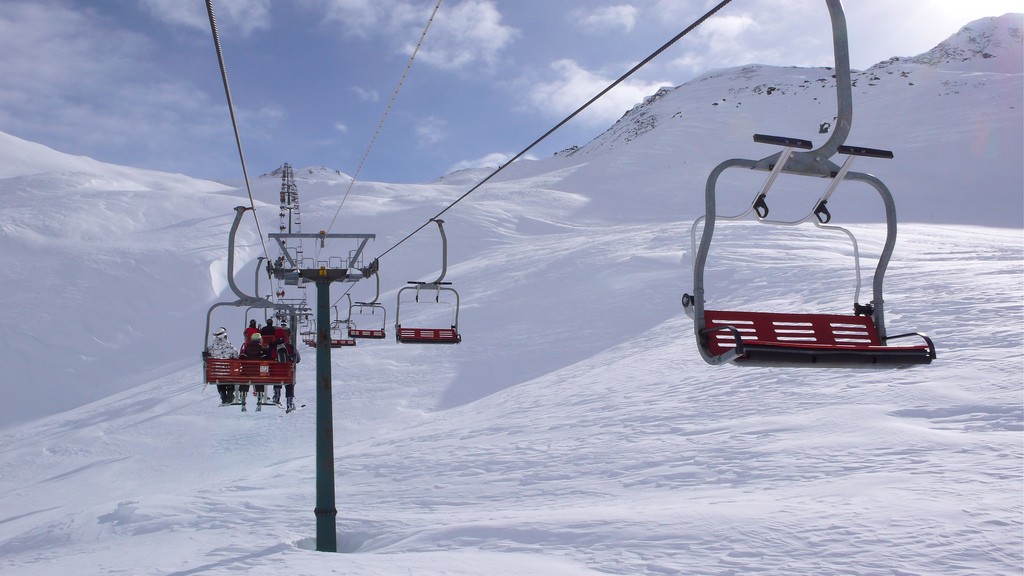 T-bar lift: This is an open air single-person lift, where a pole is put between your legs and you stay standing on your skis and are dragged from one part of the resort to another, usually over short distances. This requires a bit of getting used to for first-time skiers.

Magic carpet: This is like an escalator usually found on the easiest ‘learning’ slopes, where you hop on and the moving carpet takes you a short distance from you can ski down.

Snow guns: Snow machines are used to create ‘man-made snow’ if there has not been adequate natural snowfall.

Powder: More experienced skiers will refer to the different types of snow and whether it’s a good or bad snow day. A “good powder day” refers to a good day for skiing.

First tracks: Usually requiring a special ticket, first tracks skiing is the opportunity to be first on the slopes so you can be the first to ski on the freshly groomed trails before others crush the powder. Generally, it’s more experienced skiers that care about this!

Night skiing: Usually requiring a special ticket (but often included in season passes), night skiing is where you ski in the dark with just the flood lights turned on. Aside from the unique experience there are usually fewer skiers around, making skiing much more enjoyable.

Glaciers: Glaciers are packed ice that have formed on mountains over many years where snowfall has transformed to compressed ice instead of melting away. Not all ski resorts have glaciers, but where there are glaciers in Europe and North America you can usually ski year-round.

Alpine Skiing: This is normal downhill skiing as you would on-piste at a ski resort by going up a lift or gondola and then skiing down the trail before heading up again on the lift or gondola. As you get better, the challenges include speed, turns, and going down harder and harder trails (like blues, reds and blacks).

Nordic skiing: AKA cross-county skiing or XC skiing, this is where you go on flatter terrain, sometimes up and down but not following the lift or gondola supplied route. First-timers aren’t likely to start out Nordic skiing as it requires different equipment and more advanced skills. Some ski resorts supply Nordic skiing options as part of the ski resort. 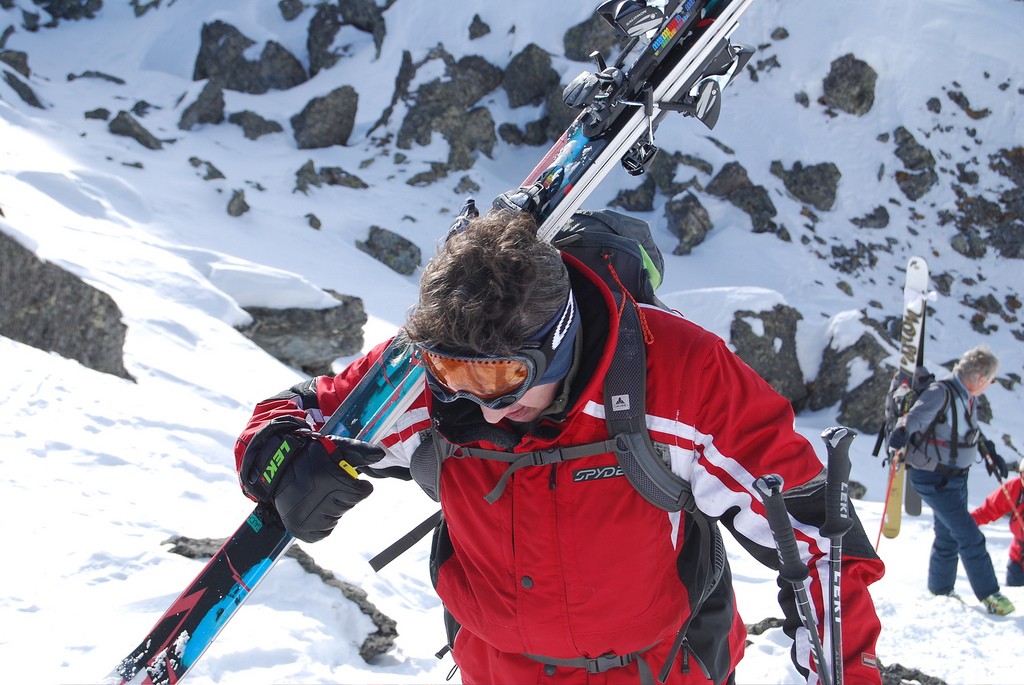 Snowcat skiing: AKA cat-skiing, where a snowcat plough through fresh snow and creates untouched trails for back country skiers. More popular in North America.

Heli-skiing: Where a helicopter takes you back country (eg to a remote mountain not connected to the ski resort), so you can ski areas that aren’t touched by other skiers and you can be the first to ski fresh snow.

Of course as you get into skiing or snowboarding you’ll discover a vast world of technical terms and other lingo to describe various aspects of the sport and the specific ski resort you’re at. However, these terms are what first-time skiers and snowboarders would need to feel comfortable during their first few days on the slopes. Good luck and have fun!