Year-Round Adventure Sports in the Pyrenees

The Pyrenees are kind of considered the poor cousin of the French Alps, yet this is unjustified because the Pyrenees are a glorious mountain range straddling the France-Spain border and offer a more rustic experience than most other European mountain ranges for year-round sports lovers. There isn’t the ritz and glitz of the ski resorts of the Alps, yet the Pyrenees has the charm of down-to-earth towns and villages, with French, Spanish, Catalan and Basque influences too. The Pyrenees are also more wallet-friendly if you’re planning a skiing holiday, and even in the warmer months there are plenty of adventure sports opportunities. Finally, the Pyrenees offers cuisine and cultural exploration opportunities too of this intriguing part of Europe. Here is a detailed adventure sports in the Pyrenees guide. 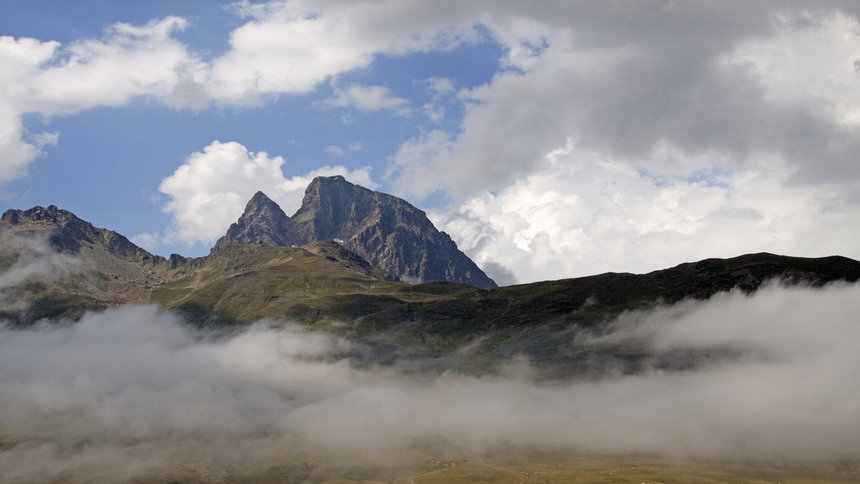 The Pyrenees are a mountain range that straddle the border of France and Spain and cover Andorra. Geographically, it’s mainly in France’s south western region and Spain’s north east. There are three sections to the Pyrenees: the Pyrenees Atlantiques (in the west), the Midi-Pyrenees (in the middle), and the Pyrenees Orientales (in the east). The Pyrenees Atlantiques offers more forested landscapes, yet as you head eastward the Pyrenees becomes more barren and wild with giant granite mountains breaking skyward. In terms of culture there are influences from France, Spain, Basque Country and Catalan too among others.

Warmer Months in the Pyrenees 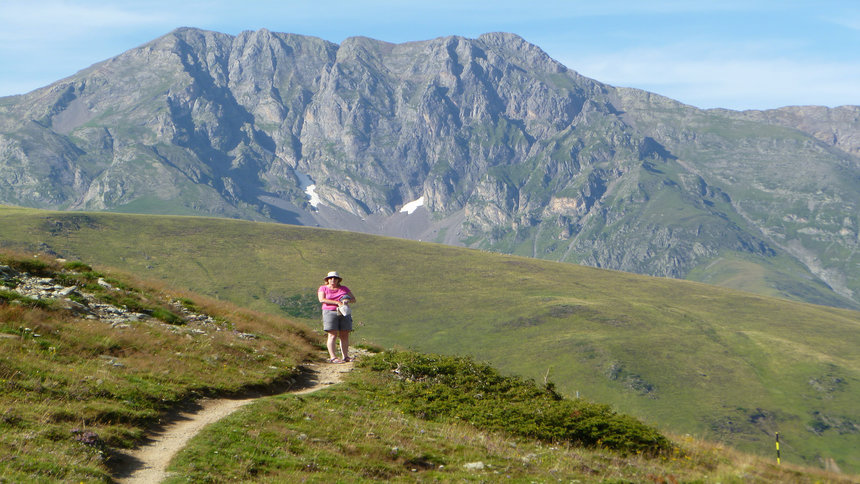 Firstly, it’s not sport-related but one thing you might notice in the spring and early summer is local farmers moving their livestock from the valleys to the highlands. This is just one example of how local and traditional things still are in the Pyrenees. It’s hard to put your finger on it but the Pyrenees is different to that stereotypical view of France or Spain. The Pyrenees are the Pyrenees.

The Pyrenees in summer (or the other warmer months) for mountaineering and treks. You can stay in one of the villages, or sometimes the chalets used in winter stay open and you can stay there and trek from there. Visit the Gavarnie Falls, or take a walk around one of the lakes, rivers or mineral springs. For those who prefer cross-country running, Pyrenees offers mountain roads where you can get plenty of high-altitude training in. Then if you’re a rock climber or enjoy canyoning the granite rocks of the Pyrenees offer plenty of locations for these extreme sports. It’s also possible to go cycling or mountain biking and even legs of the Tour de France and the Vuelta a España are held in the Pyrenees. There are three long-distance footpaths, theGrande Randonnée 10 and 11 (GR 10 and GR 11), the Haute Randonnée Pyrénéenne (HRP) and the 500 kilometer Tour du Lot. There are also numerous other unofficial trails of shorter distances for half-day and day walking trips.

Finally, there are water sports as well. The Ariege river runs from Andorra to Toulouse, then flows to the Atlantic at Bordeaux. The Aude river starts at lake Matemale, and flows past Carcassonne to the Mediterranean. All this means there are hundreds of kilometers of rivers and creeks that flow through he Pyrenees. They offer great canoeing and kayaking opportunities. Head to the Quillan area for whitewater rafting.

Winter in the Pyrenees 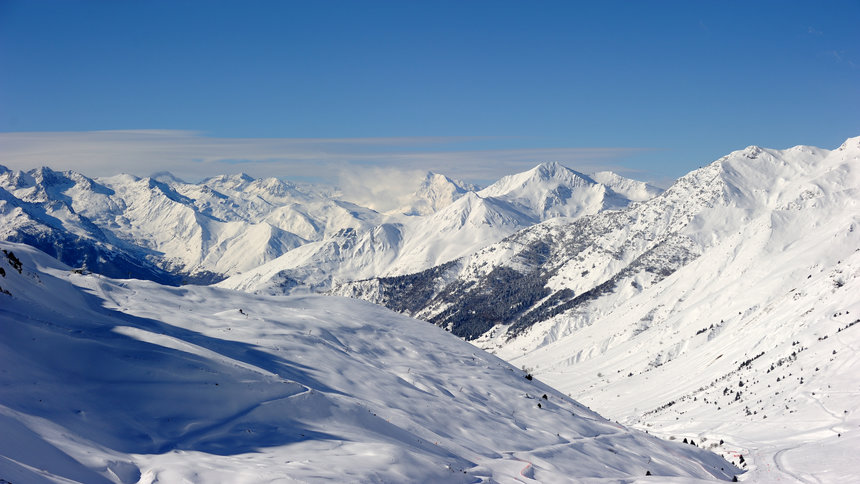 The snow in the Pyrenees is variable, but when it’s good it can be very good. Plus add to that the the ski resorts are less busy than those in the Alps (except in the local school holidays) and the resorts are much cheaper. Combine these three factors and you can get some great skiing and snowboarding in the Pyrenees. Overall the Pyrenees is more family friendly, and the average skier here is probably not as good as those that take the Alps, so if you’re a beginner or intermediate skier then the Pyrenees might be better stomping ground.

There are a few dozen ski resorts in the Pyrenees to choose from, with the best including:

Most ski areas are open from late November til about the end of March. Many of the resorts offer night skiing and fun parks for snowboarders. There are some good off-piste skiing and the Pyrenees is a natural locale for back-country skiing (although beware the avalanche risk).

The best thing is that you won’t feel like a tourist as much in the Pyrenees, when compared to the Alps, as you won’t be overrun with other British and other tourists. You’re more likely to hear French and Spanish voices and you’ll have a better chance to explore the genuine local culture here than at some of Europe’s other big ski areas. After all, adventure sports in the Pyrenees offer an amazing adventure possibility for adventure travel enthusiasts.

Check out our guide to ski resort lingo.

Liked this article? Looking for the latest in travel and adventure news? Then check out the rest of our articles at Adventure Herald. You can also like us on Facebook, follow us on Twitter or Instagram to keep up with our latest antics.
Tag adventure sports adventure sports in France Andorra cycling europe France hiking mountain sports mountains Pyrenees skiing snowboarding spain winter sports