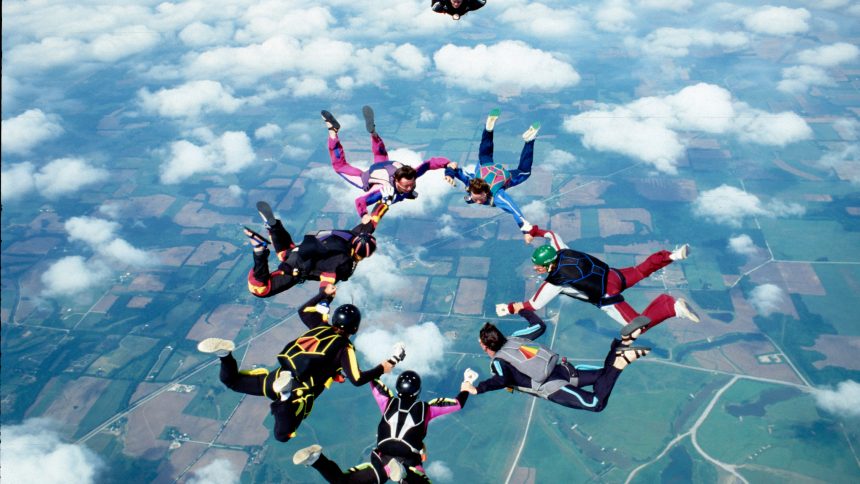 If you love adventure sports this checklist of extreme sports is sure to get you excited and inspired about what to try next. While (annoyingly) we couldn’t include every single extreme sport in our A-Z of adventure sports – every letter only appears once in the alphabet after all – we’ve tried to include references to as many as possible. Now it’s your turn, which is your favorite adventure sport? Let us know in the comments section below.

Abseiling. Also called “rappelling” this is where you are secured to a rope and lower down a vertical drop like a cliff-face. Some climbers use this as an important technique as part of their mountaineering, while others just abseil for the fun of it! 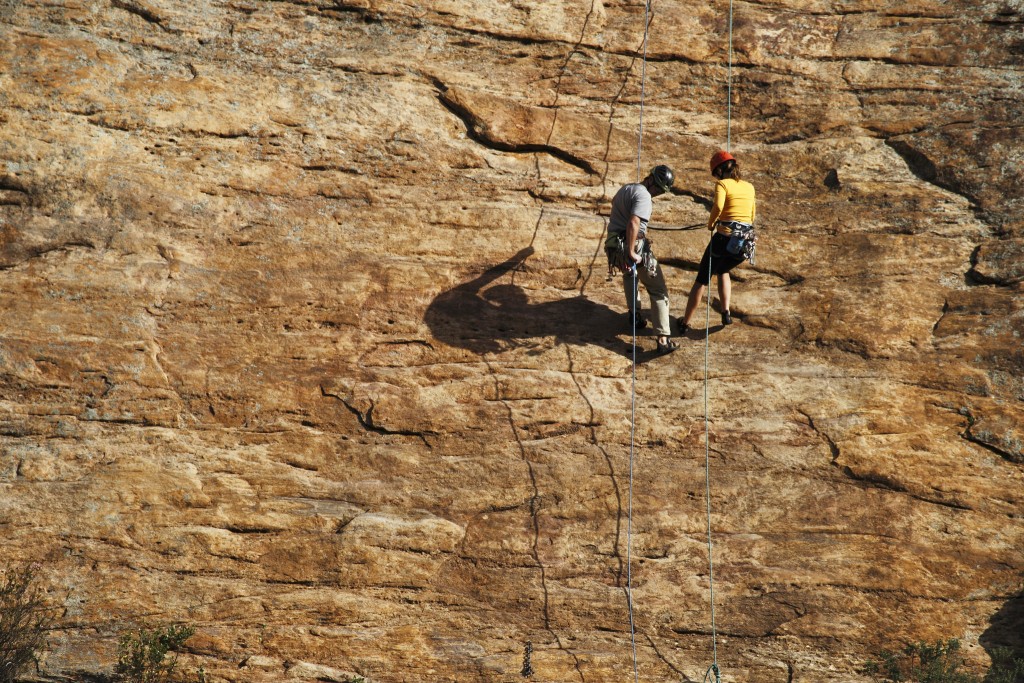 BASE jumping is parachuting or wingsuit flying (see below) from a fixed structure like a cliff or highrise building as opposed to from a plane. Because you start from a much lower height and at slower speeds, there are significantly more risks with this version of fling sports, for example that jumpers don’t gain enough speed and clearance and accidentally just tumble over the edge. Eek!

Caving. Head underground and explore vast cave networks. The key is that you must not be afraid of small confined spaces! For those who don’t want to head out into wild, unexplored caves (yet) there are many guide-led cave tours you can do in many parts of the world.

Diving…so many kinds of diving to choose from for the letter D, from scuba diving to free diving to cave diving. Basically all involve heading underwater to discover what lies beneath.

Extreme Off-road. Whether you prefer a 4×4 or a monster truck, off-roaders go on dirt tracks or rocky roads scrambling over the roughest of rough terrain with their four-wheel beasts. This sport tests the driver’s car and their nerves at once!

Freeflying. Involves jumping out of plane (as you would while skydiving) but also using the chance to experiment with different body formations while in free fall, for example, diving head first, back down-face up, or in a sitting position. 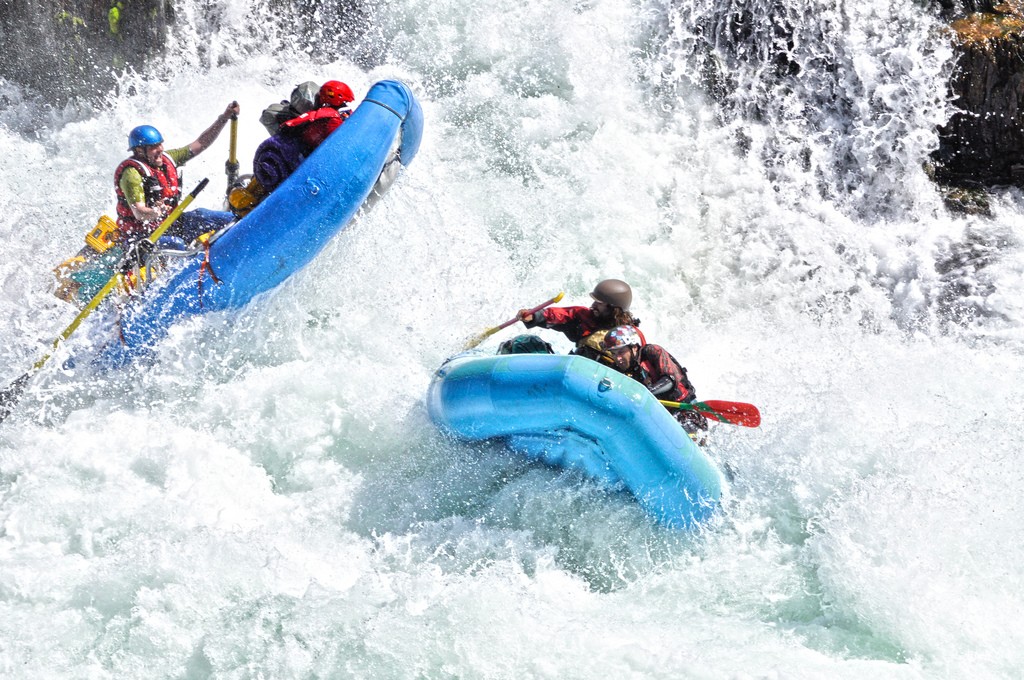 Hang Gliding. Not to be confused with paragliding, despite the similarities, hang gliding is where the glider launches off on food from a mountain or cliff-top. The hang glide looks like material stretched over a rigid frame that’s in a V shape. The glider is positioned tummy down (kind of like superman) flying through the air.

Ice Climbing. Grab your ice picks and crampons and head to the nearest glacier, frozen waterfall, ice cave or cliff covered in ice and start climbing up – that’s the basic premise. This sport is definitely extreme, and only to be practiced by those with the right equipment and technique. Check out this incredible video of night ice climbing.

Jumping off a bridge or building using a bungee rope. Need an injection of adrenalin? This’ll be it! Bungee jumping basically involves jumping from a great height with nothing but a bungee cord strapped to your ankles. Add an extra twist by diving into water, or adding a swing, or simply jump backwards.

Kite surfing. This is one of the types of kiteboarding, which involves using a surfboard-esque board and the power of the wind to propel the kite so the kite surfer can ride the waves, and do tricks like jumps and turns.

Luge. There are some ridiculous sounding sports, and this has to be one of the weirdest names for a sport, but luge is actually serious business. The luge is like a sled or toboggan, where the rider goes face up and feet first down a man-made or naturally occurring icy track. Luge is also an Olympic sport. 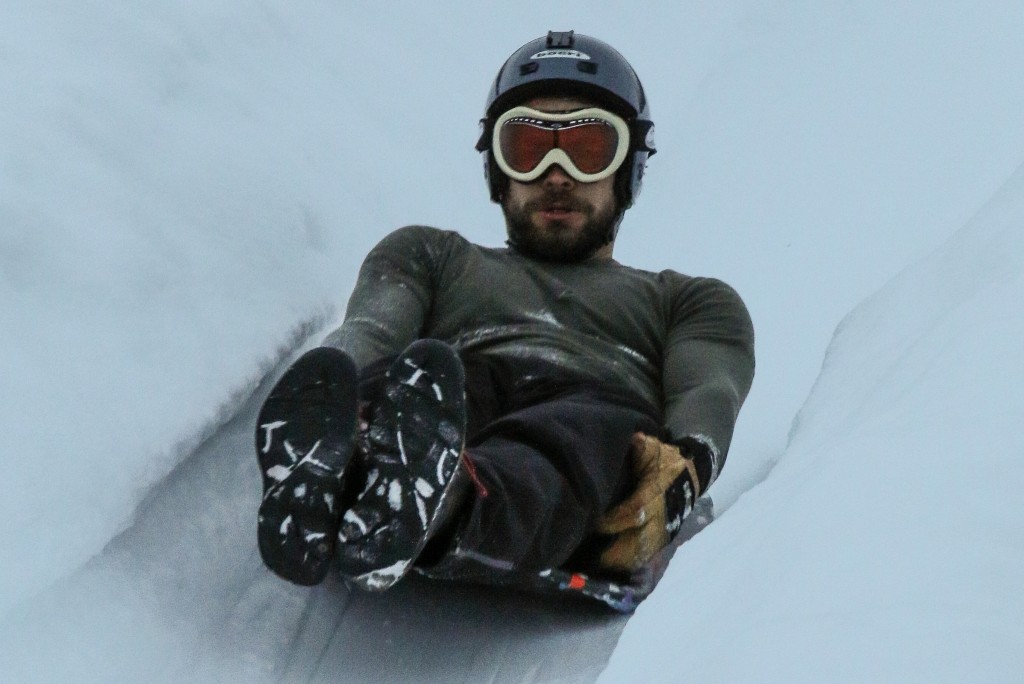 Navigation AKA orienteering. This could kind of be linked to mountaineering, however, it doesn’t have to be done in mountainous terrain. Grab a topographical map and a compass and off you go! Just remember to take water and snacks.

Ocean Surfing (is there any other kind of surfing? It’s just that ‘S’ was already taken). Surfing is one of the ‘cooler’ extreme sports, which can go from the relatively safe to death-defying. Big wave surfing involves get towed out to surf where the waves are at least 6 meters high! Don’t believe us? Check out this incredible video to see how frightening big wave surfing can be! Alternatively, try wind surfing or parasailing, or if you don’t find yourself near an ocean but near a lake instead, try wake-boarding or waterskiing instead!

Paragliding. Not to be confused with the aforementioned hang gliding, paragliding is where the glider launches off a mountain or cliff on-foot and leverages off the wind so that the soft parachute-esque structure will glide through the air. Unlike a hang glider this aircraft has no fixed frame, and the glider is in a seated position. We also must mention parachuting now that we’re at the the letter ‘P,’ – parachuters usually launch form a plane. 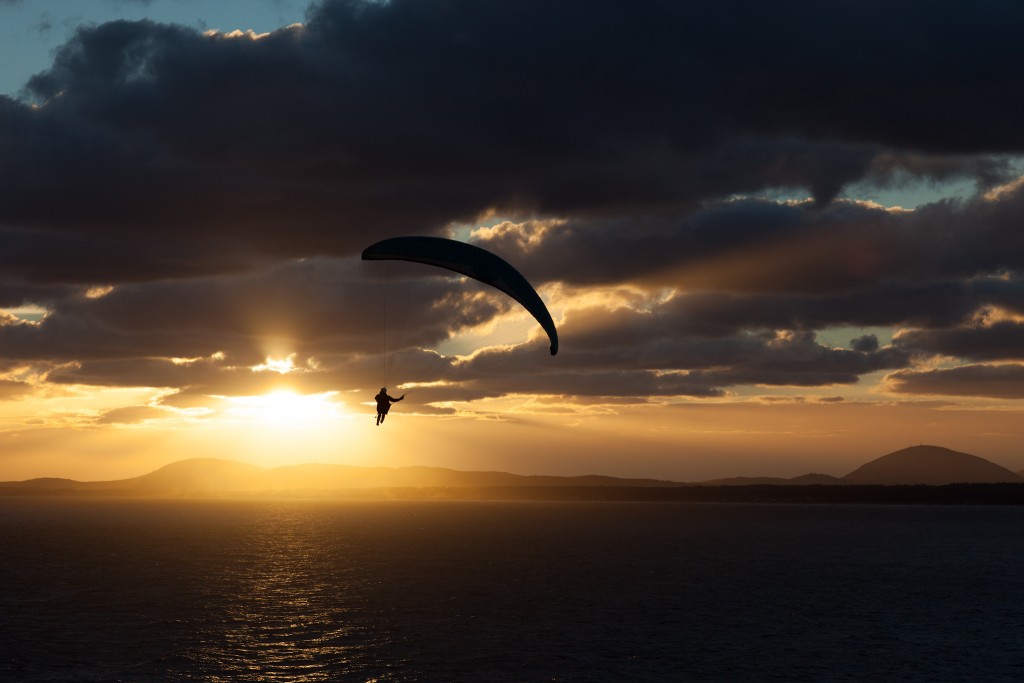 Quad biking. AKA Quad or ATV (all terrain vehicle) these automobiles are a combination of a motorbike and a 4×4. These monster bikes are used for going off-road in rough terrain. Quads can also be used during certain motocross races, desert driving and on glaciers.

Rock Climbing. Use a secured rope and great climbing technique to scale cliff-faces and rocky portions of mountains, even hundreds of meters up in the air. The extreme version of rock climbing is Free Climbing or Free Soloing, where daredevil climbers don’t use a rope or any other equipment to secure themselves – just their hands and feet are used to grip the rocky wall. Hair-raising stuff.

Snowboarding. When it comes to ‘cool’ extreme sports, snowboarding is the winter sport equivalent of surfing. Of course snowboarding doesn’t have to be extreme but when you add in jumps or back-country boarding the sport quickly becomes quite adventurous! 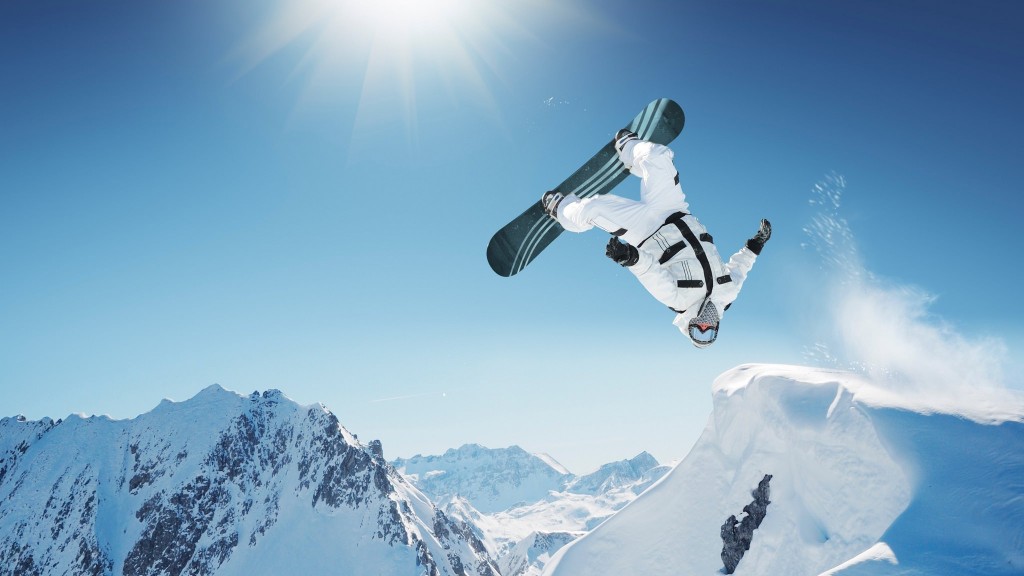 Tandem Sky Diving. Jump out of a plane and free fall to the ground before your parachute launches and you can (hopefully) make a soft landing. Sounds crazy to many, but absolutely exhilarating to others – see the world like never before as you feel the wind rush through your hair and all your cares fade away.

SUP Paddle-board. SUP Paddling is less extreme than some of the other adventure sports listed here, it’s a sport that originated in Hawaii and paddlers stand upright on the board and use a paddle to propel forward.

Very dangerous bike riding 🙂 While obviously not dangerous all the time, off-road cycling carries with it inherent increased risk. There are many different kinds of this extreme sport from BMX to motocross, mostly involving challenging tracks and terrain.

Wingsuit Flying. This extreme sport involves jumping out of a plane or off a high cliff with nothing but a specially designed webbed suit on. When you’re wearing a wingsuit, by spreading your arms and legs (like a bat or squirrel) you create increased surface area and resistance against the wind, allowing the wing-suit flyer to control their altitude and direction. This sport is usually performed by experienced skydivers, who are ready for the next challenge. 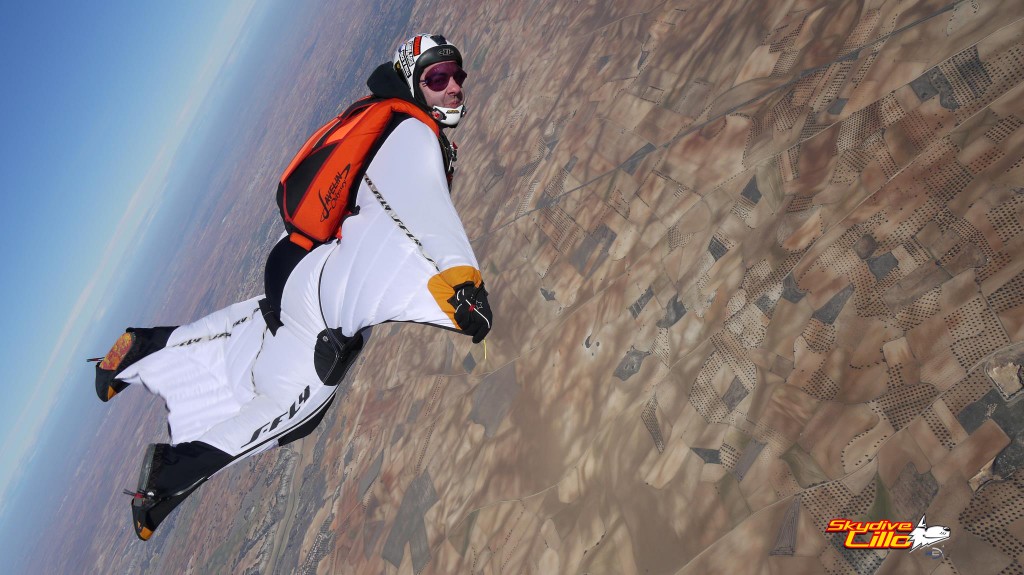 XC Skiing. Skiing can be a pleasant day trip or a rip-roaring extreme sport. XC Skiing (AKA cross-country skiing) is one example of where skiing can get a little hairy. Another example of extreme skiing is back country skiing (along unmarked and unmanned terrain), or steep slope skiing, or even ski jumping.

Y you might be asking? Good question! People love extreme adventure sports for many reasons. From the thrill of the physical and mental challenge, to the feeling of satisfaction when a new personal best is achieved, to the pure adrenaline rush (or for some meditative calm) that comes from some of these sports.

Zip-Lining. Zip-lines are created when a cable is stretched loosely between trees or canyon walls. It can be a fun sport or a more daring pursuit depending on the location, length of the zip-line and how high it is. Luckily you’re usually securely attached to the zip-line as you buzz your way through a rain forest canopy or above the canyon floor. If zip-lining perks your interest we also recommend you check out some of the world’s scariest suspension bridges.