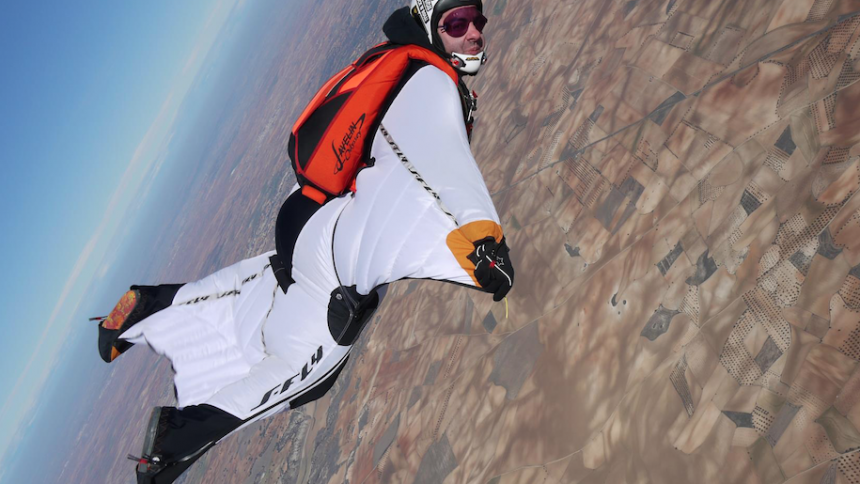 What is Wingsuit Flying?

Ever wondered what it’s like to fly? Not just base jump or skydive but to genuinely fly? While similar to skydiving or base jumping “wingsuit flying” or simply “wingsuiting” is an exhilarating extreme sport that involves jumping out of a plane, hot air balloon or off a cliff using a special suit that adds surface area to your body. The webbed suit creates greater resistance, slowing the fall, allowing the flyer to do just that – fly.

This unusual sport is gaining in popularity as people seek out more thrilling ways to get that adrenalin rush. So just what is wingsuit flying and how can you do it?

Wingsuit flights normally take place from a plane – like a skydive would, or from a high cliff – like a BASE jump would. The bat-like suit, that makes it seem like the flyer has webbing between their legs and arms, that’s now used is said to originate from the mid 1990s when a modern version of an earlier wingsuit was created. The company BirdMan is credited with creating suits and an instructor training program in the late 90s to make the special attire and the activity more accessible to those who are experienced skydivers. By now there are many different types of wingsuits available, all with slightly different forms and functions. 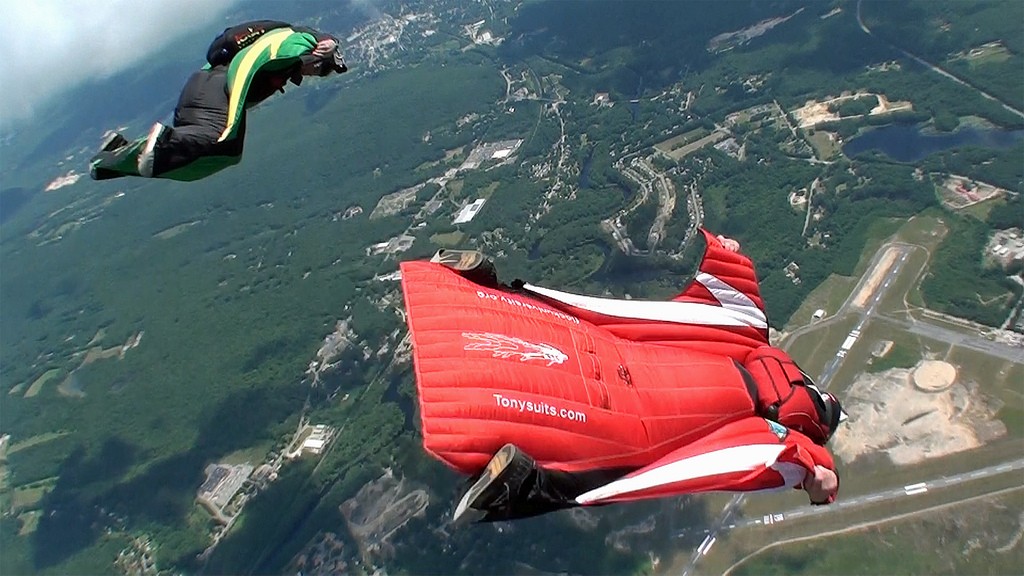 Wingsuiters will need special technical knowledge about how to exit the plane, how to take control of the suit, how to set the direction of the fall, and of course when to deploy the parachute. Jumping off a cliff or from a hot air balloon will require different techniques because fixed or slow-moving objects won’t generate the initial speed in a wingsuiter a moving aircraft would.

After the “freefall” portion of the wingsuit flight, the flyer will pull the parachute so that they can slow sufficiently and land safely. The parachute is deployed at the same time a skydiver or base jumper would deploy his or her parachute. A parachute is required to create even greater surface area and air-resistance, which slows the flyer considerably in time for landing. 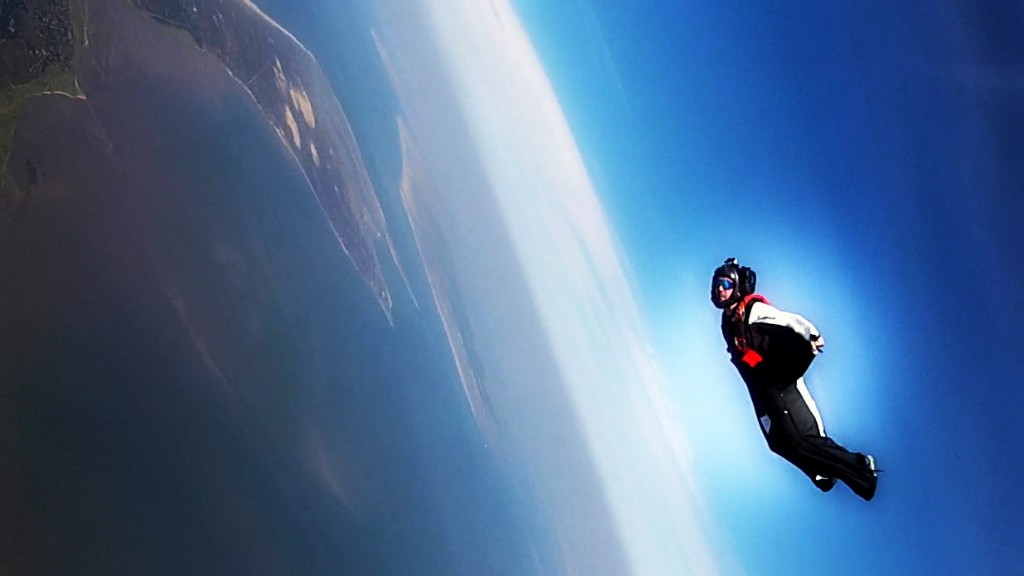 Wingsuits can also be referred to as birdman suits, flying squirrel suits and bat suits because of the whacky way they look. The first step of a wingsuit flyer is typically to spread their arms and legs to create a larger surface area. Their body forms the frame of the suit, with the suit itself typically made of a durable and flexible material.

Essentially the suits increase the body’s area and create lift as opposed to the drag created by the body ‘dropping’ to the ground. BirdMan says that for every meter dropped, 2.5 meters are gained gliding forward. The flyer can manipulate the shape of the suit and change the direction of various body parts to have more control of the flight. The BirdMan website says: “The pilot manipulates these flight characteristics by changing the shape of his torso, arching or bending at the shoulders, hips, and knees, and by changing the angle of attack in which the wingsuit flies in the relative wind, and by the amount of tension applied to the fabric wings of the suit.” 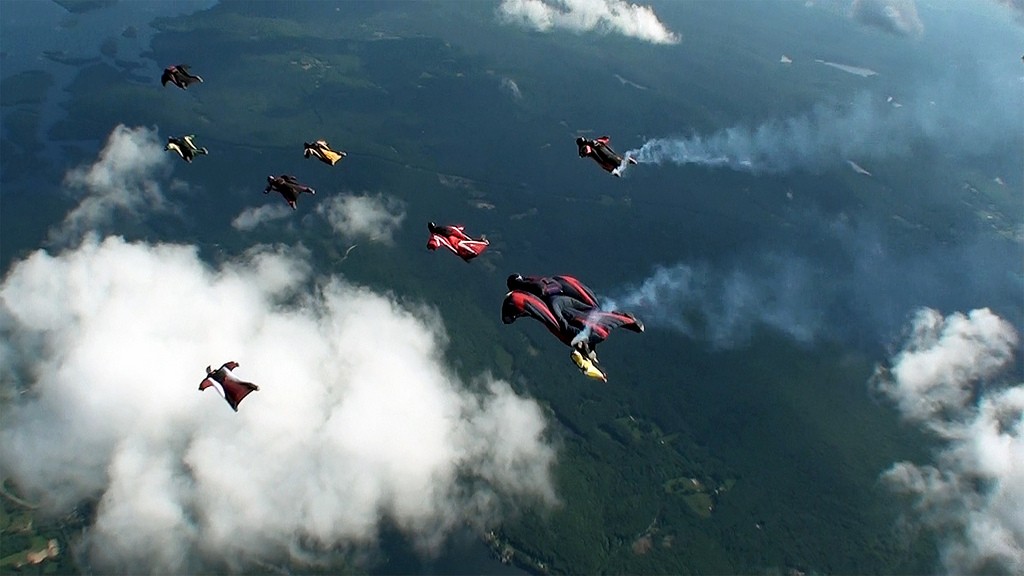 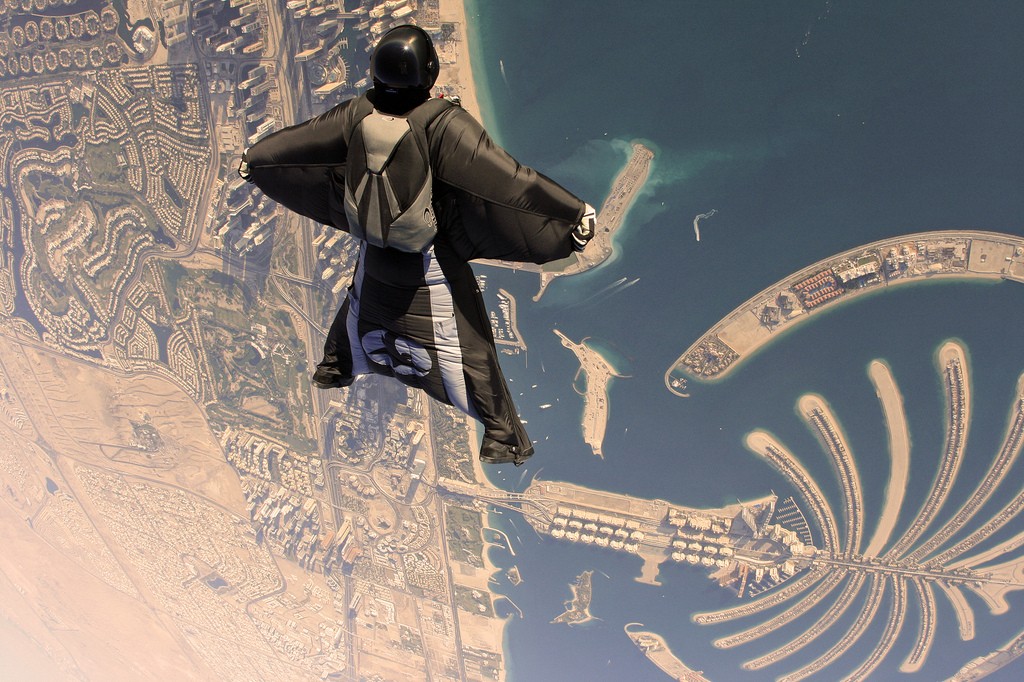 All kinds of records have been broken by wingsuiters flying in formation, including a diamond formation created by 100 jumpers in California in 2012.

The Australian couple, Heather Swan and Glenn Singleman, jumped from 6,640 meters off Meru Peak in India setting a world record for highest wingsuit base jump.

Also in 2012, Colombian skydiver Jhonathan Florez set two Guinness World Records in wingsuit flying for the longest duration wingsuit flight of a whopping 9 minutes and 6 seconds, and for the highest altitude wingsuit jump of 11,358 meters.

Check out this incredible video of the first (and only) people to wingsuit fly across the Grand Canyon here. This flight includes the Australian couple mentioned above. 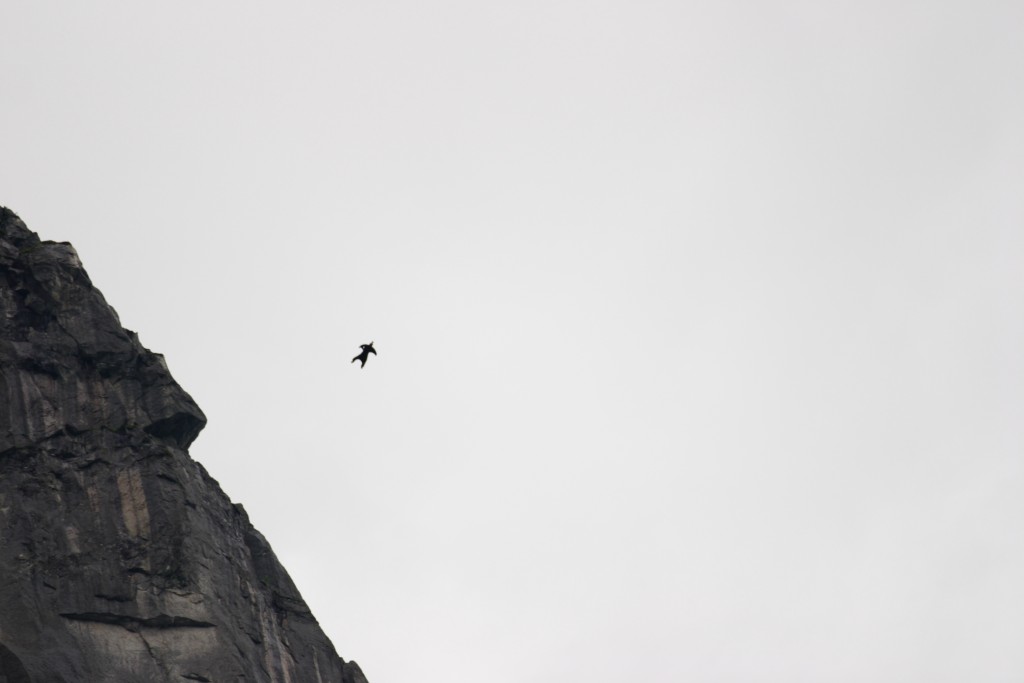 It’s, of course, possible to jump from many base jump exit points as well, so for example cliffs into canyons and so forth. There is some evidence this can be more dangerous, however, this is a good guide to assessing the risk of wingsuiting.

Where Can I Try Wingsuit Flying? 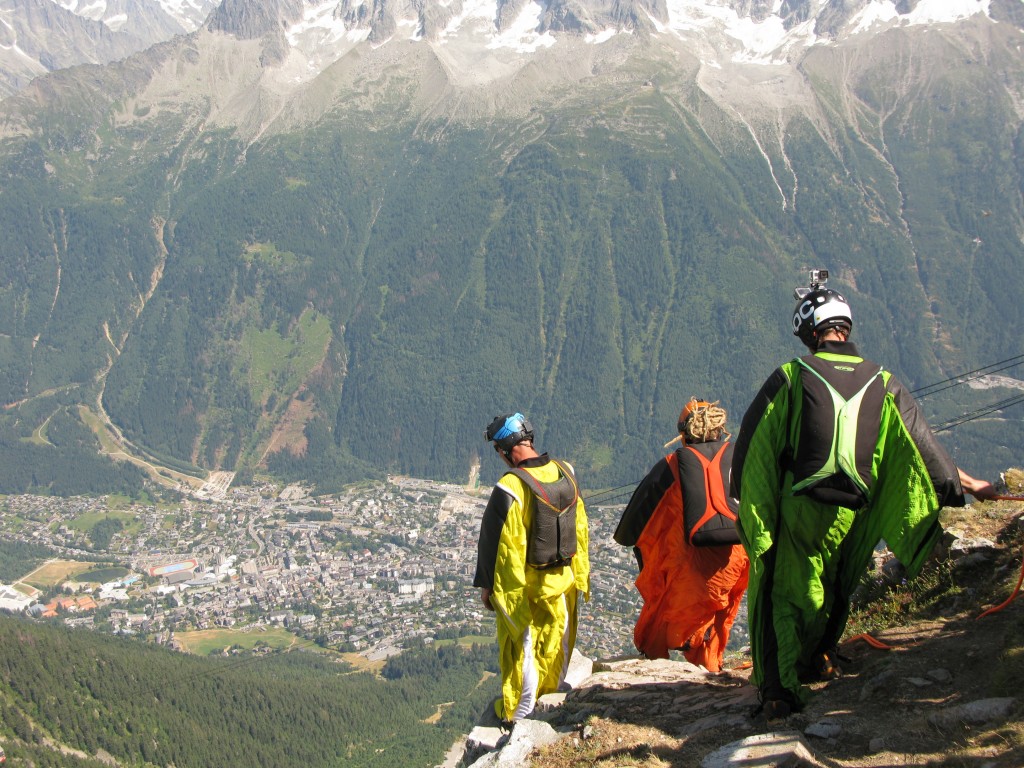 This is a very technical sport and the risk, especially if something goes wrong, is obviously quite high. It’s recommended you have a number of years skydiving and/or base jumping experience under your belt, so you feel very comfortable with the conditions. Then you’ll need to complete a static line or accelerated freefall course, before completing about 20 solo beginner skydives. Once you’re a qualified skydiver, it’s generally required to complete about 200 skydives in different conditions to build up your air-time. From there it’s about signing up for a wingsuit course, getting the right equipment and giving it a go. By this time you should be in a physically good condition and have the confidence associated with a huge number of skydives under your belt. You’ll find wingsuit courses via your country’s skydiving clubs or associations and you should find out about the quality of training before signing up.

Certainly not many people have the chance – or the courage – to fly in a wingsuit. If soaring like Superman sounds like something, which could be a passion of yours, then bravo!