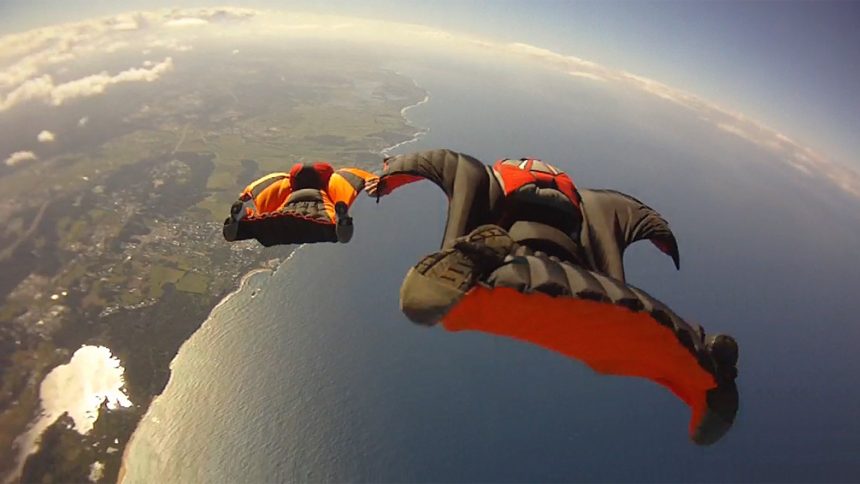 The Craziest Extreme Sports You Probably Don’t Know About

It should go without saying that extreme sports do exactly what they say on the tin: they’re extreme and they’re a type of sport. However, for those adrenaline junkies for whom the sheer risk factor is not enough, there are some nutty sporting events and activities out there that really put the crazy back into adventurous activities. If you’re looking for something that pushes things to the edge that will make even the most seasoned adventurer think “what the…?” then check out the craziest extreme sports you probably don’t know about. 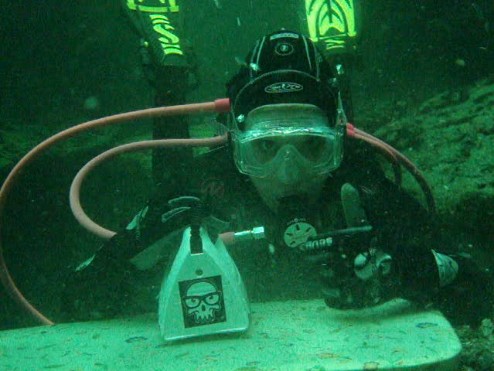 Ironing is hardly what springs to mind when we talk about adventure travel or extreme sports, but if you start ironing in extreme places, you end up with something that’s part extreme sport and part performance art. Like many dumb or crazy things, this eccentric activity came out of the UK, when back in 1997, Phil Shaw came home from a hard day to a lot of ironing. Being quite the adrenaline junkie, he preferred the idea of rock climbing rather than slugging through his laundry, so decided to take the ironing with him on his climb and ergo a new sport was born. Extreme ironing does is pretty much self-explanatory – you do the ironing in extreme places. This can be on top of a mountain, while skydiving, even underwater, the world is your oyster and the only limit is your imagination when it comes to extreme ironing. 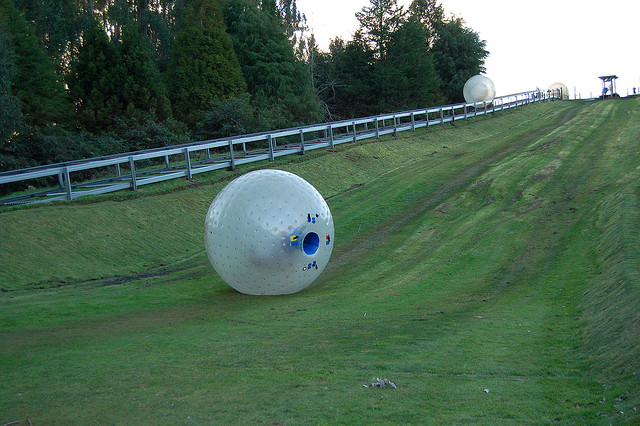 Have you ever desired to be a hamster? Well, now you too can experience the sensation of running around in a plastic ball with Zorbing. To sum it up, Zorbing is essentially running inside an orb made out of transparent plastic and usually downhill, but due to the buoyant nature of the ball you could also walk on water and pretend your some kind of hamster Jesus. Now, while you might think this a cute and fluffy sport, don’t let the rodent equivalent delude you into thinking Zorbing is safe. While the cushioning inside the orbs do help against getting injured you can sometimes pass out due to a lack of air and there is even the risk of drowning should you take to water. There have been a few deaths by Zorbing, so it is still a risky sport! 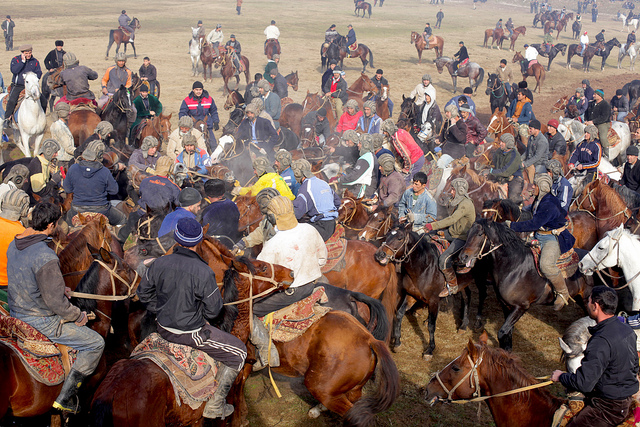 If you’re traveling to Central Asia you might want to learn the rules of this crazy sport. Basically think of this as Central Asian polo, with a goat or a calf carcass as the ball. It’s such a hit in the region that it’s the national sport of Afghanistan (however it was banned by the Taliban), but also popular in places such as Kyrgyzstan and Tajikistan, and other Central Asian countries. Players get on a horse and try to drag the carcass towards a designated goal. It’s a game that could even last for days! This is perhaps one of the most bizarre games in the world, so definitely ticks the crazy box. 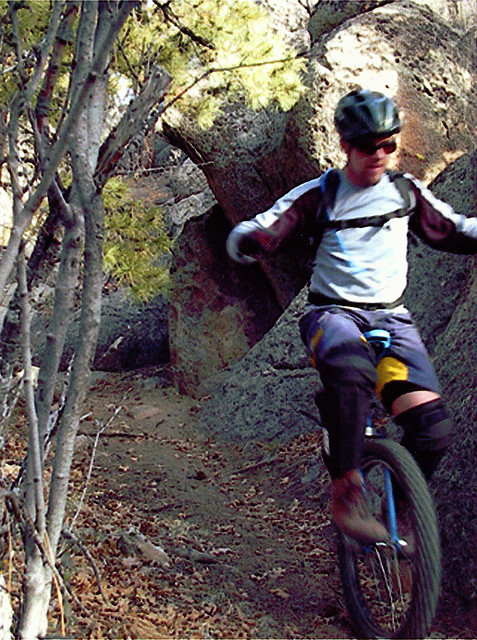 If mountain biking is not hardcore enough for you, then you can always do it by unicycle. Mountain unicycling does exist, and takes place on similar terrain as its two-wheeled counterpart, however, a little more skill and attention is required. Since there is no freewheel on a uni, you’ll need to control your descent on the way down, not to mention you’re also missing a gear system. This is not a sport for the light hearted, since you need good balance and a strong core to navigate your one-wheeled vehicle on mountainous terrain. 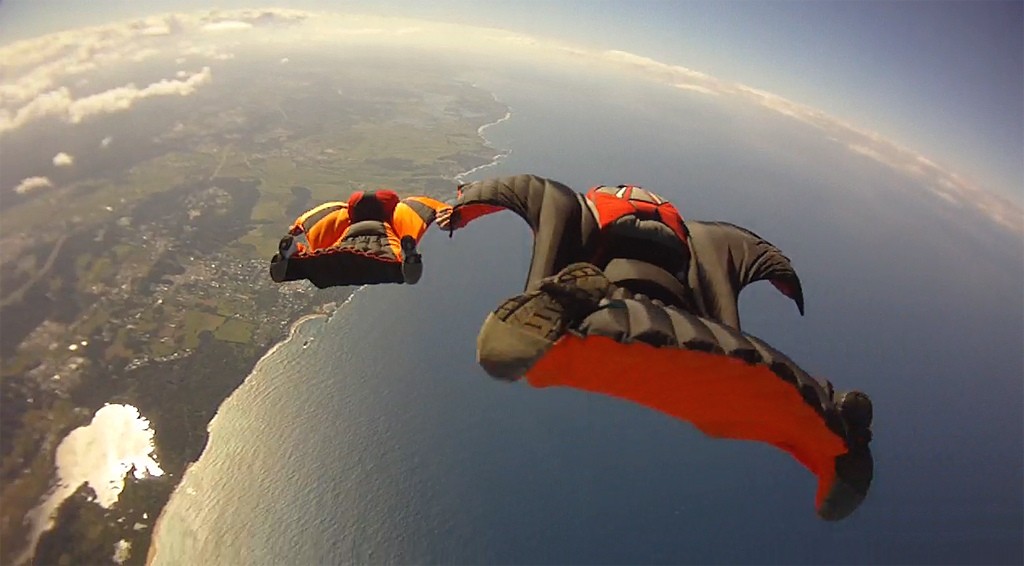 For those of you who have fantasies about being a flying squirrel, then you might want to take up wingsuit flying. Basically it’s a form of skydiving in a special suit that adds surface area to your body and gives you wings, as Redbull might say. It’s pretty much a fancy form of skydiving while you look a little ridiculous, and ends with a parachute being released as normal, but the suit is specially designed to unzip the arm wings once the parachute is deployed, so you can reach the toggles to control the descent back to Earth.

Liked this article? Looking for the latest in travel and adventure news? Then check out the rest of our articles at Adventure Herald. You can also like us on Facebook, follow us on Twitter or Instagram to keep up with our latest antics.
Tag buzkashi extreme ironing extreme sports mountain unicycling wingsuit flying zorbing