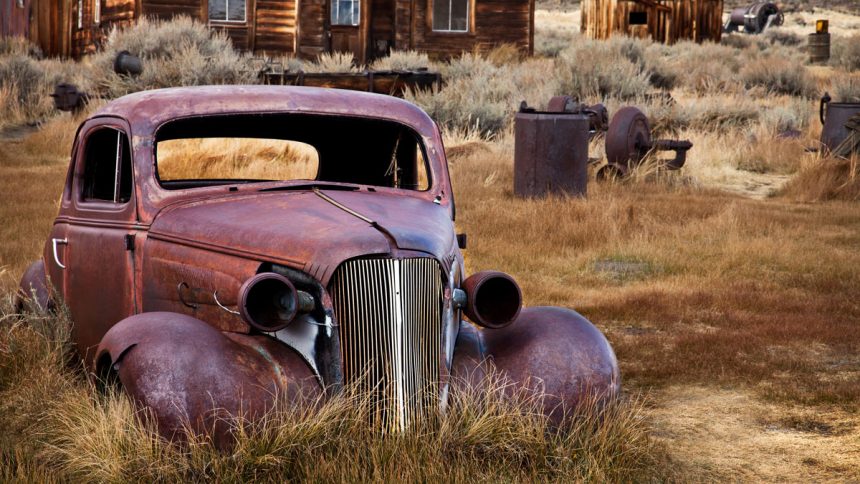 The best thing about car rallies is that everyday adventure sports enthusiasts can sign up for a car rally whether you’re a pro driver or rev-head – or not. Plus, these car rallies for adventure travellers are a great way to challenge yourself, and get to know a foreign place in an unusual way.

Photo By: The Travel Scientists

One of the best car rallies for adventure travelers who want to discover one of the least-explored regions of Asia is the Central Asia Rally. The Central Asia Rally is a thrilling road trip through Kazakhstan, Uzbekistan, Tajikistan, Afghanistan (just long enough to say We were there!) finishing in Kyrgyzstan. This car rally is a ‘minimal assistance’ event – the team at The Travel Scientists give you the tools to find adventure, and a framework to spur discovery in these unfamiliar lands. Drive any type of vehicle – ancient wrecks, de-commissioned fire trucks, hearses and the like are encouraged – the wilder the better. The race covers 6500 kilometers and costs vary depending on the package you choose and how much support you want along the way.

The what? The Caucasian Challenge is a minimal assistance motor rally that sees participants drive through Turkey, Georgia, Nagorno Karabakh and Armenia on to the finish line in Yerevan – the magnificent capital of Armenia. You can choose to participate with any car you want from cars to trucks or mopeds. BUT simple cheap cars are the easiest to fix so that you can continue and complete the race. To keep with the theme an old Soviet Lada with fuzzy dice is probably the best pick for this race! This is a DIY car rally for adventure travellers. So, only minimal assistance is provided. The crew at the Travel Scientists scout the route in advance (with base camps identified), prepare a detailed list of resources and give you a comprehensive Road Book but once you’re on the road, it’s just your own skills, endurance, luck and ingenuity to get you to the finish line. Like everything else in the Caucasian Challenge there are a zillion ways to reach each goal along the way and only you and your team decide what’s the best or most fun way to do it. 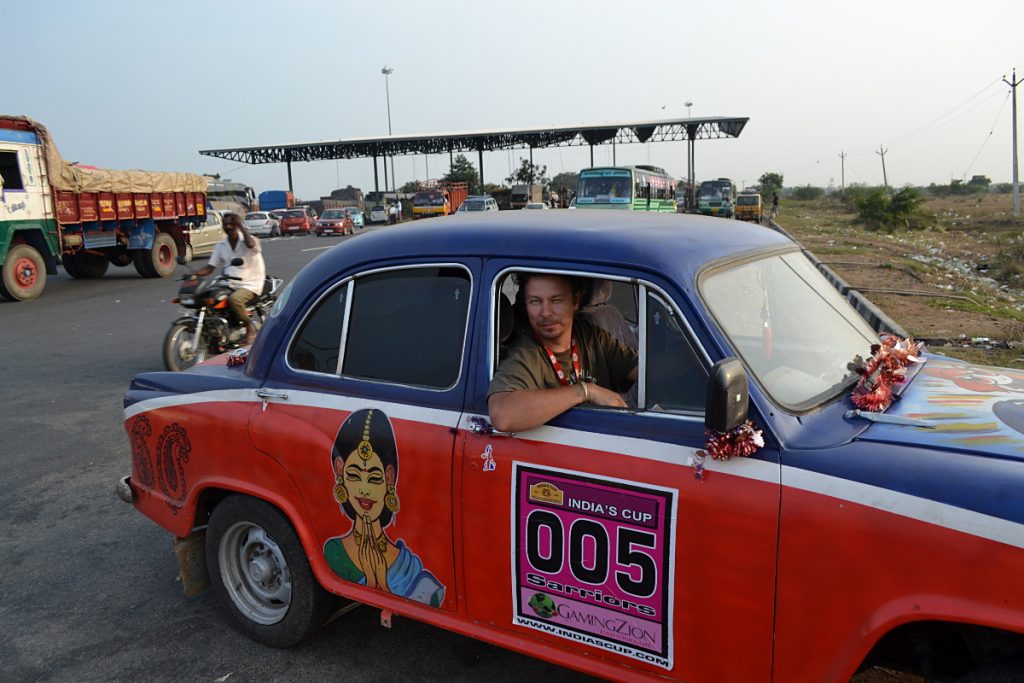 With India’s Cup you get to explore the real India, driving from all the way across the spine of India from Chennai on the easter coast on the Bay of Bengal to the western coast overlooking the Arabian Sea in Goa. You can opt to have as much or as little assistance from The Travel Scientists as you like on your adventure in India – and this will affect the price you pay too! Travel the old-school way by choosing to complete the India’s Cup car rally driving a classic Hindustan Ambassador. This car rally for adventure travellers takes about 11 days to complete, and the next one is scheduled early 2017. From southern Poland to the icy north of Estonia, the Baltic Run is an epic midwinter journey. Pass the relics of past wars and old regimes as you explore the Baltic, revel in the gorgeous scenery, and meet people from these little traveled countries that have so much to offer. It’s best to complete this rally in a 4xDrive or a car that is good for various road conditions – including icy. Along the way stop in Krakow, Talinn, see an ex-Soviet nuclear bunker, enjoy a sauna in a forest, the Baltic Sea, discover a super secret ex-KGB office – and much, much more. This is a particularly cool car rally because you get to spend New Years Eve in the Baltics. The next car rally for adventure travellers leaves in December 2016. Photo By: The Great Balkan Ride

What is it you look for in an adventure trip? History? Culture? Beautiful landscape? Luscious beach resorts? The Balkans has it all. When you take the Great Balkan Ride with the Travel Scientists, you might be up for the greatest adventure of your life. Explore the old bazaar of Sarajevo, drive through the rugged mountains of Montenegro, visit Kosovo –  one of the youngest countries in the world, discover Albania – the most underrated and still amazingly diverse country in Europe, enjoy some of the Mediterranean Sea’s most stunning beaches along the Croatian coast and party on the shores of the Aegean Sea. The next 8-day Great Balkan Ride is coming soon in 2017. 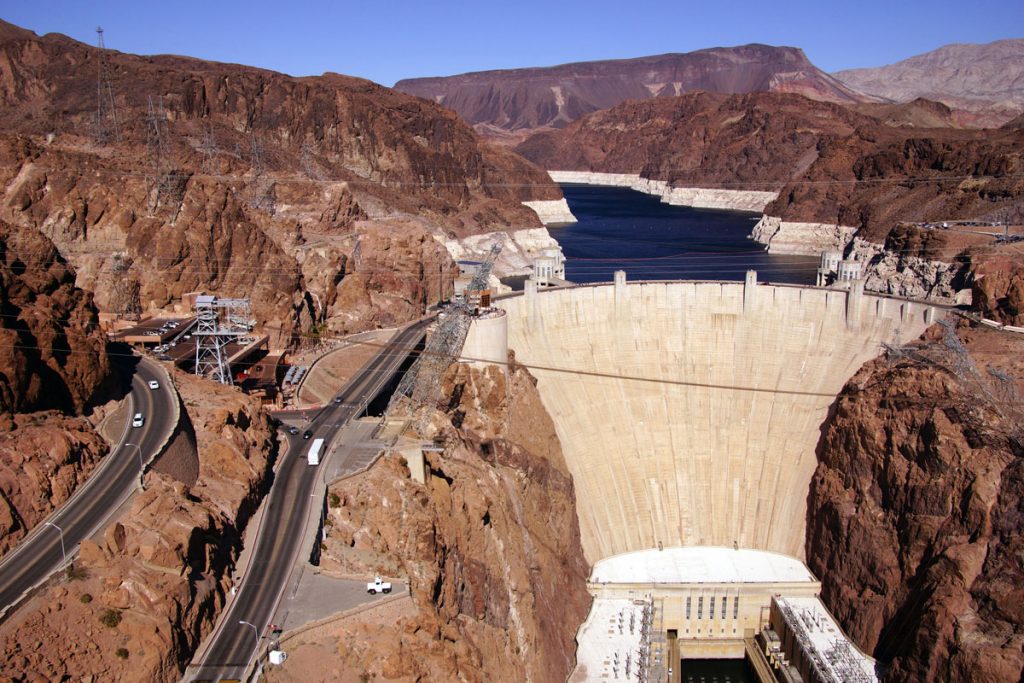 One of the best things about the United States is the ample opportunities to go on adventure travel behind the wheels of a car. Here are our favourite classic road trips in the US BUT the Wild West Challenge is really something special. Some claim the true Wild West doesn’t exist anymore – but the Wild West Challenge might convince you otherwise! This car rally for adventure travellers takes you from Hollywood, Los Angeles to Las Vegas. In between you get a feel of an interesting mixture of “small town USA” and their frontier spirit, to some of the glitziest cities in the world like LA and Vegas. You’ll also get a chance to see the beauty of the States’ natural and man-made landscape like the Grand Canyon, Hoover Dam (pictured above) and Joshua Tree National Park. But most importantly drive along the so-called “loneliest road in the United States” – except you won’t be lonely with your rally buddies and rally competitors in tow! The next Wild West Challenge car rally is in early 2017. The Dakar Rally is probably the world’s most famous car rally for adventure travellers. It originally went from Paris, France to Dakar, Senegal but in 2009 it moved to South America due to security risks along the original route. The Dakar is great because amateur drivers can join too – and a great majority of the participants are actually everyday adventure travellers. There are different classes for participants – so you can pick your favourite toy: cars, quads, motorcycles and trucks. The race attracts several hundred participants, and in 2017 it will continue to be held in South America from Asunción in Paraguay to Buenos Aires in Argentina. The Dakar – while being open to amateurs – is still a fierce race and and a gruelling journey with riding days as long as 900 kilometers!

All About ATV Racing
Rip Roaring Demolition Derby
Motorcycle Diaries: World’s Best Motorbike Riding Trails
Incredible Car Rallies That You Can Try Too!
Liked this article? Looking for the latest in travel and adventure news? Then check out the rest of our articles at Adventure Herald. You can also like us on Facebook, follow us on Twitter or Instagram to keep up with our latest antics.
Tag adventure travel car adventures car racing car rallies Car Rallies for Adventure Travellers motor adventures motor sports rallies road rallies