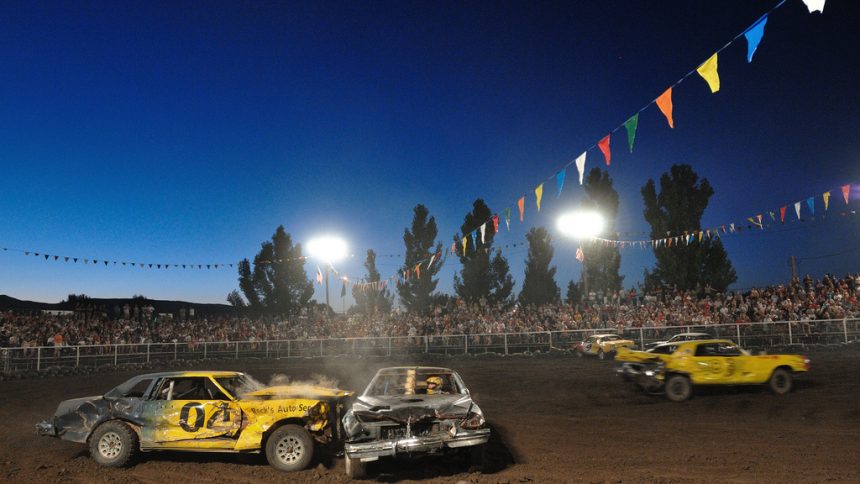 Demolition Derby is an action-packed motor sport that often takes place at fairs and festivals. It’s a competitive sport that involves a fair about of destruction, and it is just as fun to watch as it is to do!

What is Demolition Derby? 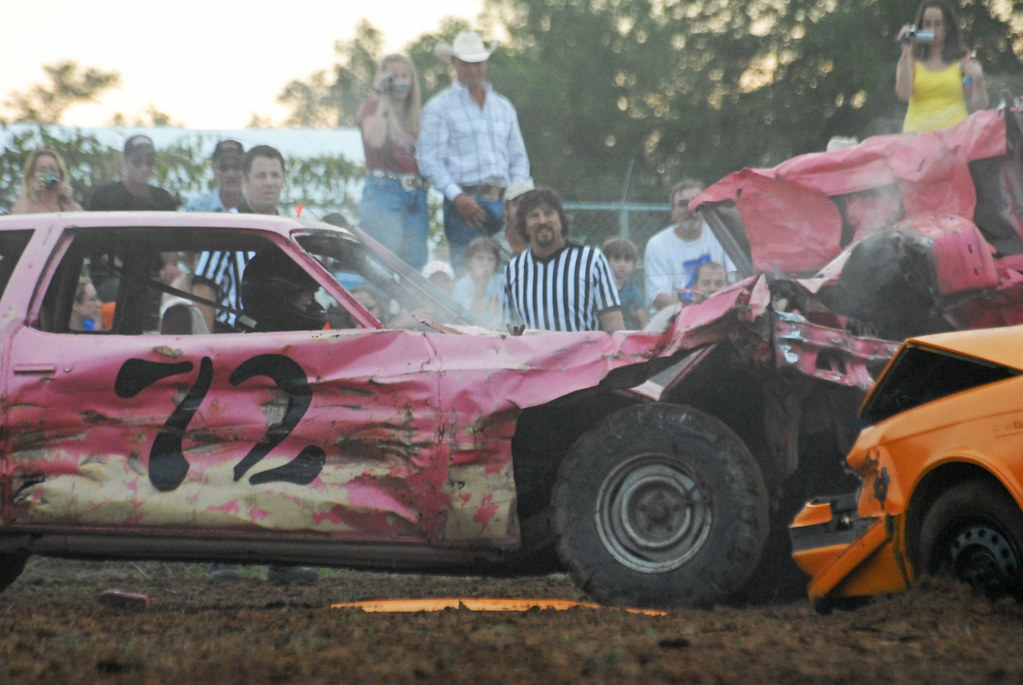 Normally having a car crash is a bad, bad sign, but during a Demolition Derby it’s the main game. While there are some rules, one kind of Demolition Derby is about several similar types of cars competing by crashing into each other and damaging each other to point where there is just one working car remaining – and that car and its driver are the winners! This motor sport is most popular in the United States, while in Europe and some other countries it’s referred to as “banger racing.” Another type of Demolition Derby is not about competing against other drivers, but about showcasing the destruction of another car.  Typically these events are held in a stadium or in a field. Demolition Derby can be dangerous to participants with windows removed to decrease the risk, and it’s typically forbidden to ram the other car’s driver door. Cars can ram both at the front and the back end, and are usually modified to make the cars even more hardy against the barrages of the other cars.

Although it might not look like it, there is quite a bit of strategy that goes into each meet. Cars are often required to ram into another car at least every two minutes, and there are special awards for the most entertaining car – usually, one that creates the biggest crashes or rolls.

The cars used for Demolition Derbies are often cars that are practically dead anyway, but they’re reworked so that the engine and other parts can last as long as possible. Windows are removed, the doors are chained shut, some parts of the motor might be moved to the back seat so that a ram from the front won’t cause too much damage. Many of the cars are found in scrap heaps or auto wreckers – so the point of these cars are to go into combat – not to use day-to-day. Cars from the 60s and 70s are thought to be the biggest and toughest cars, but make sure you choose the make and model wisely even from these decades.

What are Demolition Derby Variants? 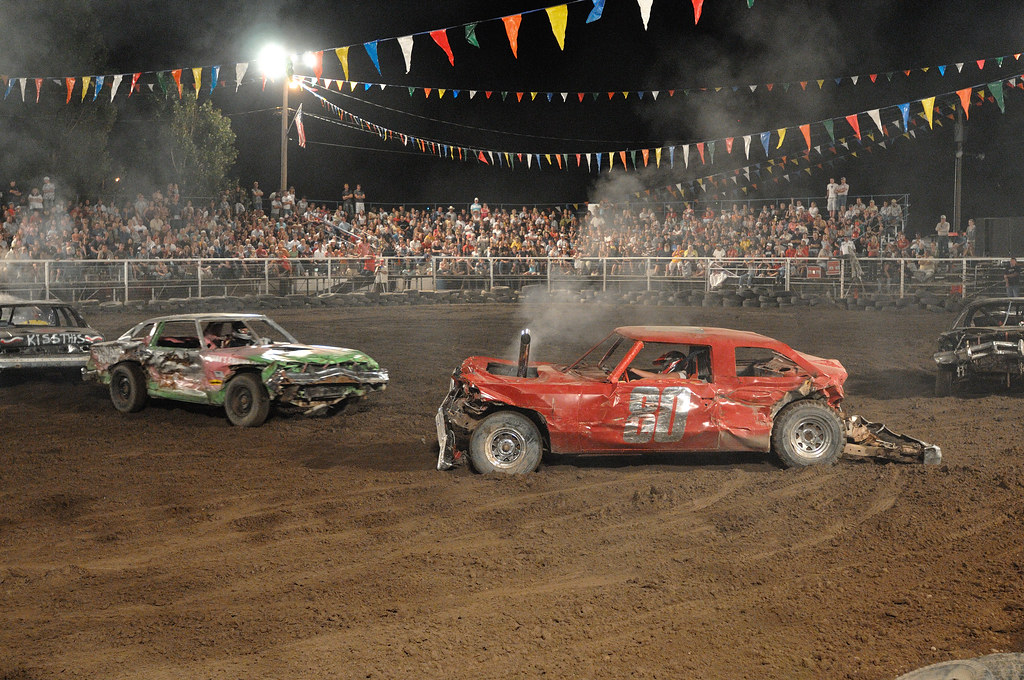 In some places – particularly in the United States – drivers have been ramming their cars into each other for entertainment for decades. But there are some variants in case the thought of watching car crashes over and over doesn’t sound thrilling enough. Rollover competitions at Demolition Derby’s involve trying to roll your own car until your car dies. The driver who can do the most rollovers before their car breaks down wins. Another variety of Demolition Derby is figure 8 racing where the race track intersects and increases the chance of a collision. Out of action school buses often take part in figure 8 races. Monster truck shows as part of a Demolition Derby involve crash landing a big truck over smaller cars, doing as much damage as possible. The aforementioned Banger Racing is a variant of Demolition Derbies because in Banger Racing it’s old – practically rundown – cars race each other by doing laps on a race track.

Where Can I Try or Watch Demolition Derby? 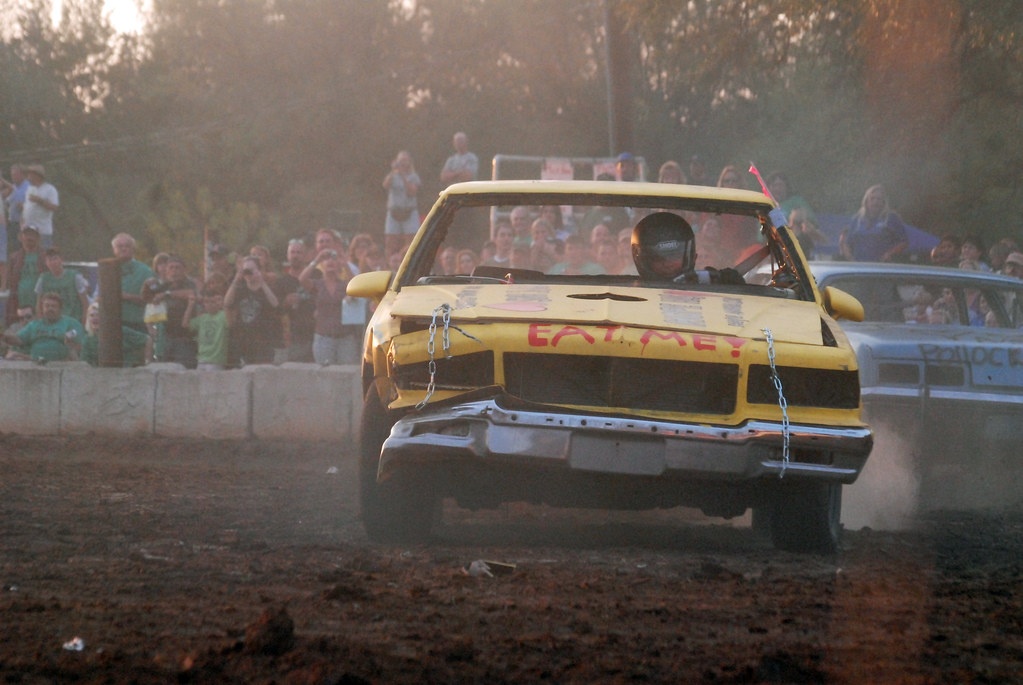 There are plenty of places to watch a Demolition Derby showcase and it’s actually a pretty popular motor sport with some events attracting thousands of spectators. Check out the following websites for some upcoming Demolition Derby schedules:

If you want to participate,some venues allow so-called “weekend warriors” to take part – you can use a beat up old car and sign up. Most of those who compete on a professional or semi-professional level, however, will

One tip if you’re planning on going to watch is to take a blanket that you can hold up in front of you, as sometimes mud from the field sprays onto spectators as the cars roar past.

Motorcycle Diaries: World’s Best Motorbike Riding Trails
All About ATV Racing
Rip Roaring Demolition Derby
Incredible Car Rallies That You Can Try Too!
Liked this article? Looking for the latest in travel and adventure news? Then check out the rest of our articles at Adventure Herald. You can also like us on Facebook, follow us on Twitter or Instagram to keep up with our latest antics.
Tag adventure travel banger racing demolition derby extreme sports motor sports