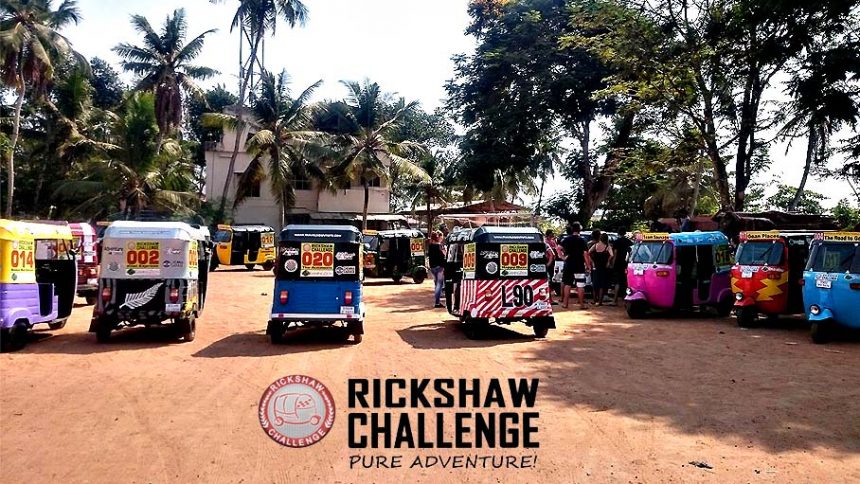 The Rickshaw Challenge Malabar Rampage 2016 Kicks Off in Trivandrum

The Rickshaw Challenge Malabar Rampage 2016 has taken a fast start in Trivandrum. The biggest auto-rickshaw rally in the world has welcomed its participants to an unprecedented challenge on the west coast of India.

The latest edition of the Rickshaw Challenge, a member of Lonely Planet’s 10 greatest adventures on the earth list, kicked off with 21 teams from all over the world on Saturday in Trivandrum (Thiruvananthapuram), the capital city of beautiful Kerala.

The enthusiasts of adventure travel in South India have started the engines of their authentic auto-rickshaws in order to complete the 1100 km (680 miles) long route crossing a large portion of the western coast of India.

This challenging, yet scenic route is full of obstacles for the dare-devil participants. They left their cozy homes in order to face heat, fragile rickshaws, chaotic Indian traffic and exhaustion stems from traveling on a rickshaw for a week.

After the registration session on Saturday morning, Aravind Bremanandam, the Chief Scientist of The Travel Scientists, made a speech in order to warn the participants about the basic characteristics of the local culture. Considering the fact that the Rickshaw Challenge runs through local places, Hindu temples and cultural landmarks of Kerala, the participants have to interact with locals. According to Mr. Bremanandam, it is essential to show respect for the local culture and join the flow of life in order to make the best of the Rickshaw Challenge experience which is indeed an experience of a lifetime.

In the afternoon, the Rickshaw Challenge Malabar Rampage 2016 participants met their best friends (during the challenge) called rickshaws for the first time. These rickshaws will be home to the members of 21 teams for week on the challenging roads of India. It took time for the participants to get used to the traditions vehicles of India since they are absolutely different from what you can see in the urban areas of the western countries. Nevertheless, the participants managed to handle their rickshaws in full speed during the training session.

Indian Streets and Heat are the Biggest Challenges for the Participants

Training session was fun despite the melting tropical heat of the southern India. However, when the participants were released into actual traffic, then things got a little bit messier since the participants had to face the chaotic traffic in Trivandrum. This meant the actual beginning of the auto-rickshaw race of the year. It is believed that handling a rickshaw in the Indian streets is a more challenging task than flying an A380.

Fortunately, all the teams returned to the parking lot without any serious damage. The team Blues Brothers were the first ones to crash their rickshaws. However, they came back to the starting point safe and sound, ready to jump into the challenge right away. 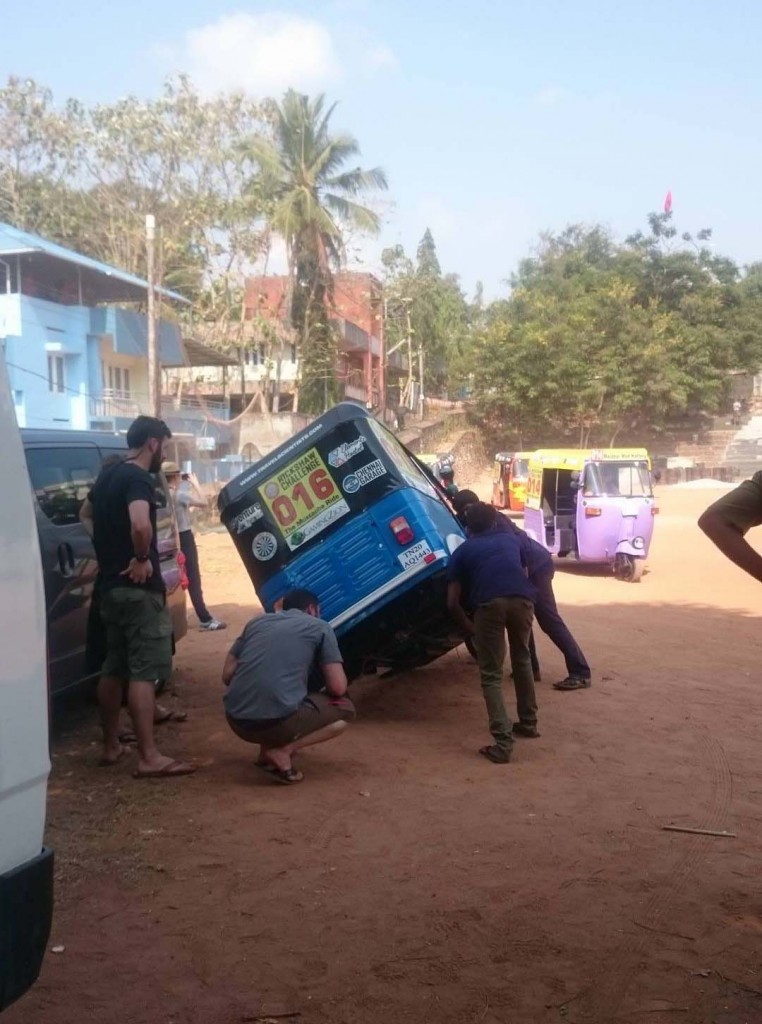 The participants deserved to relax before their actual herculean mission kicks off. There was another challenge waiting for them in the evening. Kerala is known as a state which tries hard to ban alcohol consumption within its borders. Therefore, the participants had to interact with the locals to find the right people in order to reach the supply of alcohol to enjoy the evening away from the Indian traffic at least for a night.

The Rickshaw Challenge is actually a challenge consists of various different challenges. To warm the participants up, the Travel Scientists used the tropical sun of Trivandrum, along with tricky missions.

The participants were asked to find their way to the train station and get a platform ticket, as well as taking a picture of the rickshaw and the team in front of Sri Padmanabhaswamy Temple. Once the teams completed the challenges, they were given free time to do sightseeing in Thiruvananthapuram, enjoy the beautiful beaches of the city and the hotel’s roof terrace and the pool.

Today, the teams have already started racing towards Alleppey, through the rural India. They will have the chance to visit one of India’s best beaches along the way. And of course, there will be challenging tasks throughout the race.

Check the updates regarding the Rickshaw Challenge Malabar Rampage 2016 Day 3.

Check the updates of the Rickshaw Challenge Malabar Rampage 2016 Day 4!

Liked this article? Looking for the latest in travel and adventure news? Then check out the rest of our articles at Adventure Herald. You can also like us on Facebook, follow us on Twitter or Instagram to keep up with our latest antics.
Tag adventure travel in south india lonely planet greatest adventures list malabar rampage Rickshaw Challenge Rickshaw Challenge Malabar Rampage 2016 rickshaw challenge route map rickshaw rally trivandrum tuk tuk rally