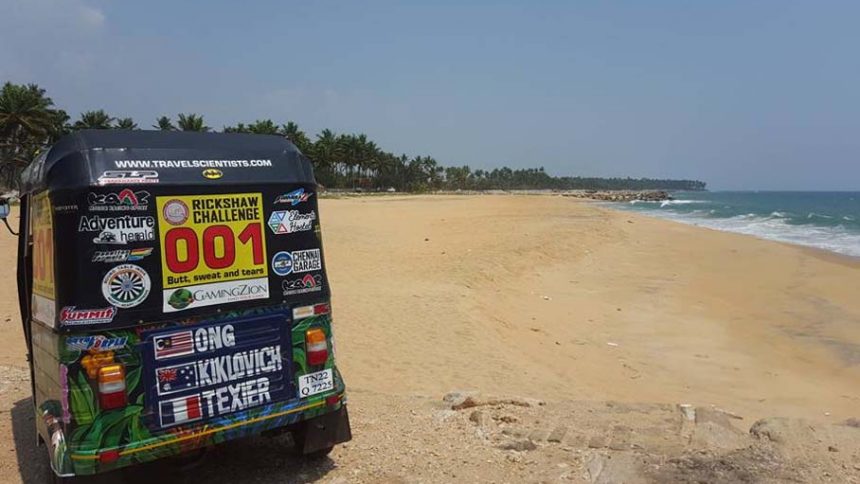 The Rickshaw Challenge Malabar Rampage 2016 is continuing with unbelievable surprises. The Beauty and the Beast were seen relaxing in front of a tea stall while Vikings were caught by the camera lenses as they were driving an auto-rickshaw among palm trees. There were also sumo wrestlers trying to handle a rickshaw in the Indian streets under the burning sun. 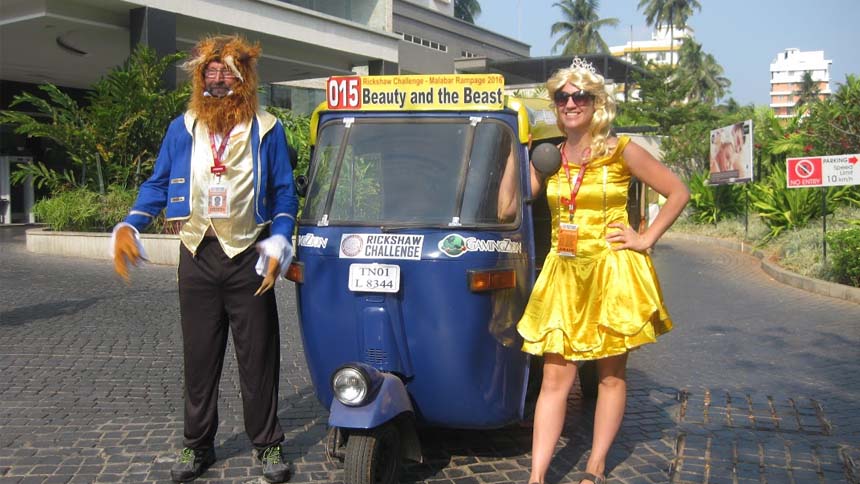 The real “hit the road” part of the Malabar Rampage 2016 kicked off on Monday morning after a short briefing from the organizers of the most popular rickshaw rally of India. The weather was clear, the roads were bumpy as usual and the rickshaws were ready to break-down any moment. In other words, everything was ready for the amazing Indian rickshaw rally of the year. 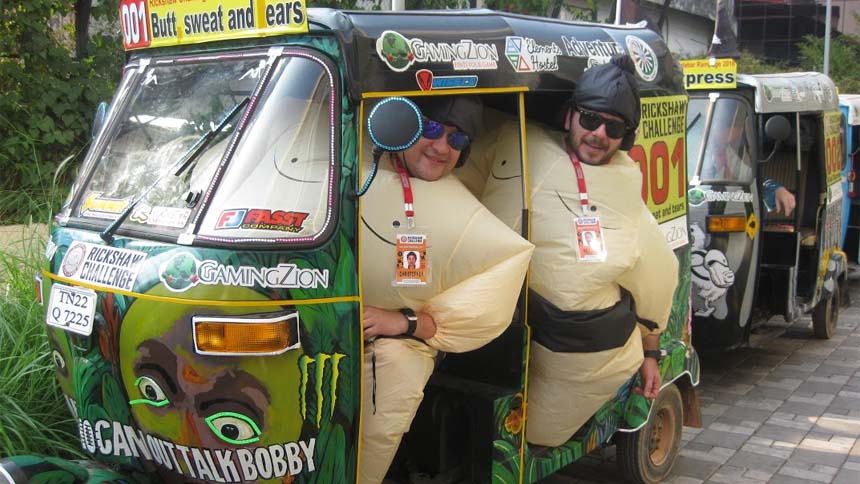 The adventure travel enthusiasts from different continents of the world came even readier than anyone could expect. The Rickshaw Challenge is not only about reaching the destination quicker than the other participants. It requires creativity, endurance and determination. Therefore, the participants came in different costumes to render the race more colorful. Wearing creative costumes is one of the ways to obtain points in the race.

Hippies, a woman with moustache, sumo wrestlers, the Beauty and the Beast, Vikings, a superman and many other super and not-that-super heroes showed on the 3rd of of the Rickshaw Challenge Malabar Rampage 2016. However, the participants forgot that it wasn’t a Halloween party in a central European capital. Kerala’s melting heat became one of the most significant challenges they had to face in their pretty costumes.

The chaotic Indian traffic, colorful but super warm costumes, and fragile tuk tuks do not define the whole picture of challenges that the adventurers face in the race. They also have to convince cows to have pictures together from time to time. 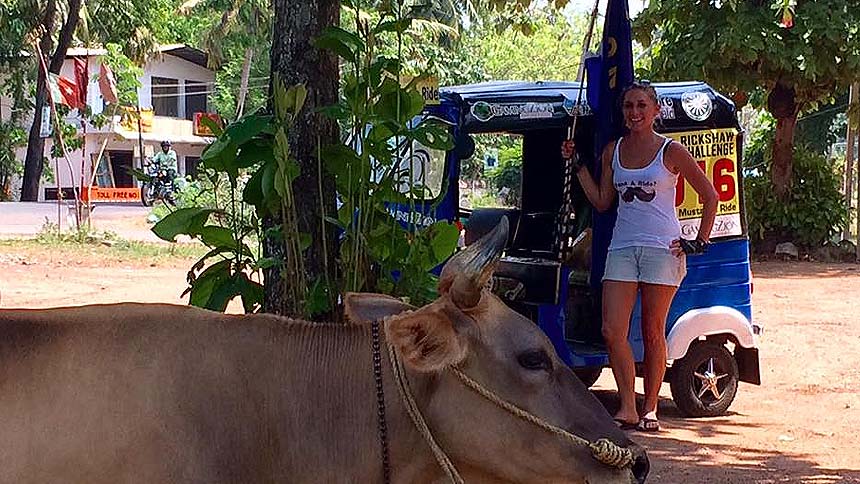 The second challenge of the race was taking a picture with a cow. Well, finding cows in Indian rural areas is not a big challenge. However, convincing them to pose in front of the cameras is a huge challenge, indeed. You can offend a cow if you point a camera at her and shout “Cheese”.

The journey is not only full of challenges. The participants are given free time to enjoy the Malabar Coast. On the 3rd day, the adventurers visited the Varkala Beach, a paradise on the earth, almost free of tourists and commercial facilities. This place was the perfect spot for the participants to relax, forget about the Indian traffic, and enjoy freshly made coconut shake. 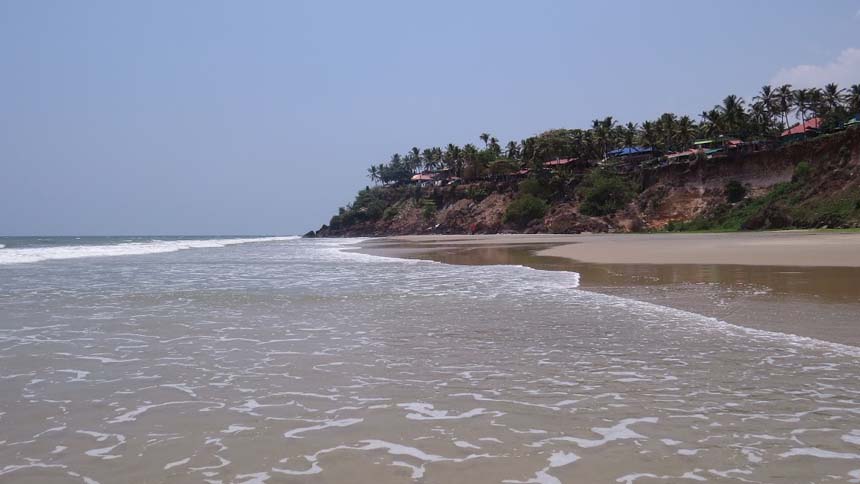 All teams arrived in Alleppey safe and sound without any incidents. Some of them pushed the gas harder and reached the destination earlier, while some of them enjoyed the view and get to Alleppey late in the evening.

Although the challenge is hard on nerves and the bodies, the beauty of Kerala is worth being on the roads of India in a rickshaw. After all, the participants are in the God’s Own Country.

Check the updates regarding the Malabar Rampage 2016 Day 1-2!

Check the updates of the Malabar Rampage 2016 Day 4!

Liked this article? Looking for the latest in travel and adventure news? Then check out the rest of our articles at Adventure Herald. You can also like us on Facebook, follow us on Twitter or Instagram to keep up with our latest antics.
Tag adventure travel in India alleppey travel guide god's own country kerala adventure travel Malabar Rampage 2016 rickshaw challenge 2016 rickshaw race rickshaw race in india travel india by rickshaw trivandrum travel guide tuk tuk race