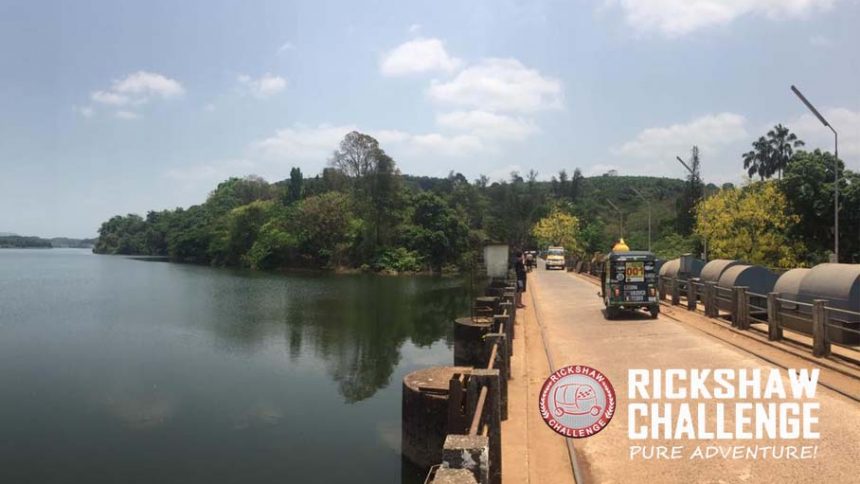 The Rickshaw Challenge Malabar Rampage 2016 continues to exhibit the best traits of adventure travel in Kerala, the God’s Own Country. The daredevil rickshaw racers managed to overcome all the hardships stemming from driving an auto-rickshaw on the Indian roads for miles.

The adventure travel enthusiasts of 21 teams managed to complete the section between the Venice of the East, Alleppey and Calicut. This section constituted 235 km long bumpy, winding roads along the Malabar Coast.

The good news is that embarking on an adventure travel in Kerala teaches racers how to handle a rickshaw properly. Well, sometimes learning about the flaws of the rickshaws can be painful for the participants of the Malabar Rampage 2016. For instance, the Team Flying Birds ran out of gas three times on the way. Finally, they learnt the capacity of their rickshaw.

The distance between Alleppey and Calicut is only 235 kilometers, which can be covered in mere 2 hours in European standards. However, if you want to cover such a distance in a Rickshaw in Kerala, it may be an endless Herculean task. The roads of India are as unpredictable as the rickshaws. Therefore, the racers find themselves in a chaotic situation all of a sudden. 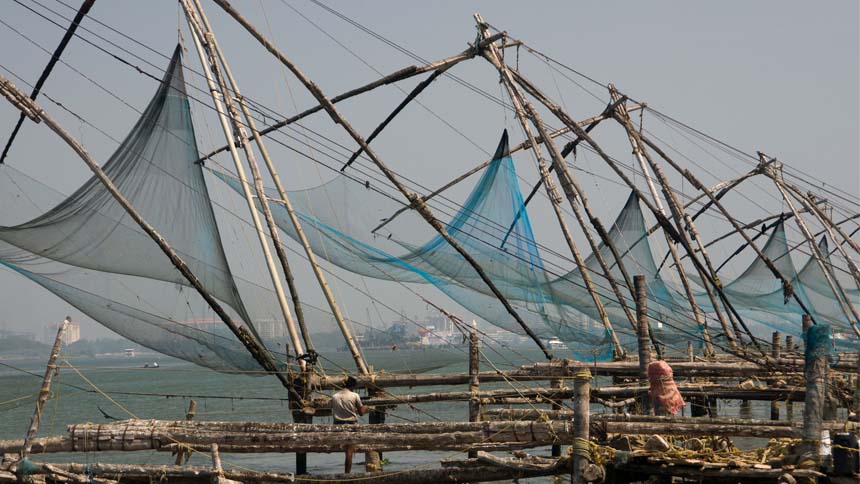 Despite all the hardships of the race, the participants enjoy the beautiful sights of Kerala to the limit. First stop of the Day 4 run was Kochi which is famous for the use of Chinese fisher nets, spices, and the Jewish Quarter. The first Jewish settlers of the region arrived in the area in 70 AD after the destruction of the Second Temple in Jerusalem. They are the oldest group of Jews in India. They formed a strong community in Kochi. The Jewish Quarter (Jew Town) is an important tourist attraction in the current era.

Adventure Travel in Kerala has to be Spicy

The participants of the Malabar Rampage 2016 had to face more challenges on the way in order to gain points to win the competition, or at least the Bonker’s Award which is given to the craziest team. Apparently, the Team Butt, Sweat and Ears is dedicated to win this award if not the big trophy of the champions. The first challenge of the Day 4 was discovering at least five spices typical for Kerala. The Butt, Sweat, and Ears managed to attract the women of a spice shop with utilizing their charm which is more effective when they do not wear their sumo wrestler costumes.

Charming the ladies in the Spice Shop, Kochi (Photo by Mark Kiklovich of Team Butt, Sweat and Ears)

Mingling among the locals is actually quite important in the Malabar Rampage since this challenge more than reaching from one point to another; it is more about getting into the Indian culture. That is what the Team Butt, Sweat and Ears did when they decided to get their rickshaw pimped. After leaving their charm with the women of the spice shop, the proceeded to get their rickshaw pimped. Apparently, they have already integrated into the south Indian society with their extremely relaxed attitude. While their rickshaw was being pimped, they started to play cricket with the locals. This is the point where they stopped caring about being the fastest ones and started enjoying the unique culture of South India.

As a part of the Day 3 challenges, the participants had to pose with cows. It didn’t work well. However, the photo taking challenge of the Day 4 proved to be quite productive and remarkable. The teams were asked to take photos of the stunning Kerala backwaters with the team members and Rickshaws in the photos. It would have been pity if the participants had passed by this beautiful view without taking photos. Their social media accounts must be exploding with the images of this outstanding view right now. 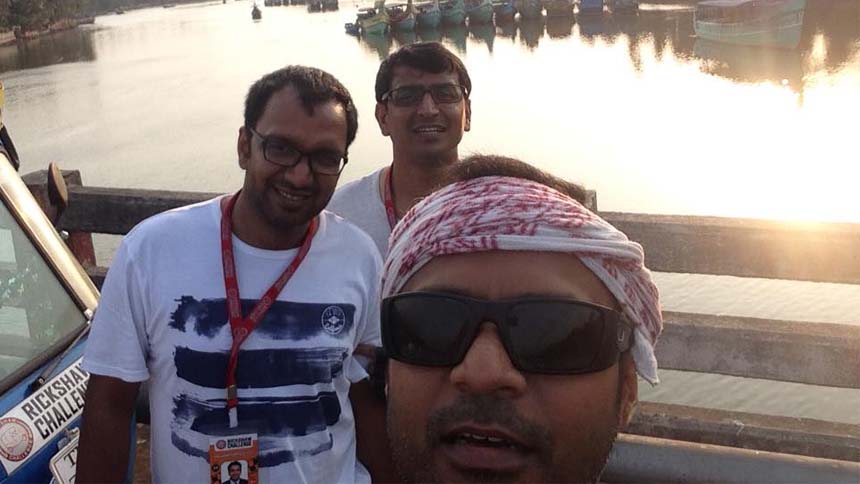 The Malabar Rampage 2016 Day 4 section was completed without any serious incidents and injuries. The last teams arrived the destination late at night. As you can see, driving 235 km in Kerala can consume a whole day if you are riding between Alleppey and Calicut in a pimped auto-rickshaw.

Check the updates regarding the Malabar Rampage 2016 Day 1-2!

Check the updates of the Malabar Rampage 2016 Day 3!