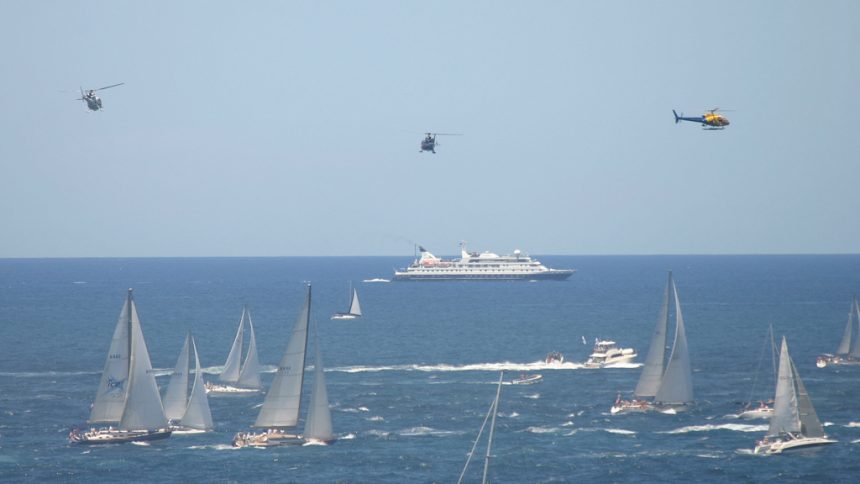 No yachting race around the world seems to get quite as much attention as the Sydney to Hobart. After Christmas the world’s sailing-lovers turn their attention to Australia for a daring ocean race that has seen tragedies and triumphs over the past 70 years. The Sydney to Hobart Yacht Race is considered by many to be one of the most difficult yacht races in the world! The race heads down the southern east coast of Australia over a few days between Christmas and New Years Eve. Here’s everything you need to know about the 2015 Sydney to Hobart Yacht Race.

About the Sydney to Hobart Yacht Race 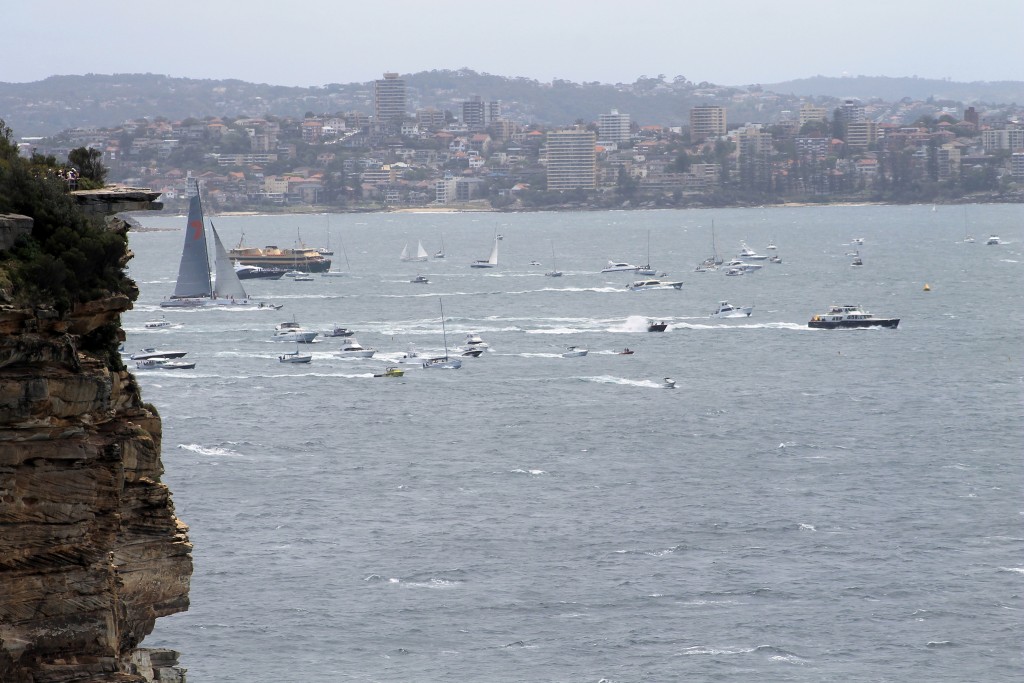 The race starts in Sydney, Australia on December 26 each year and heads to Hobart on the island of Tasmania in Australia on a 628 nautical mile race. The race is considered to be one of the most gruelling long ocean races in the world, as it heads along the east coast of the country on a distance equivalent to more than 1000 kilometers. The inaugural race took place in 1945, and since then it’s become a huge international sport with maxi yachts coming from all over the globe to participate.

The race takes place in large part in the Tasman Sea but the Bass Strait and the Pacific Ocean “next door” are famous for their difficult seas and high winds – all of which culminate in a tense yachting race where anything can – and has – happened. The race takes place in summer (remember Australia is in the Southern Hemisphere), but for the yachts the race conditions include challenges like the cold, wind, rain and the blustery ocean conditions. Conditions can be so tough that many boats retire early.

Thousands of people gather at Sydney Harbour and along the New South Wales coastline to watch the yachts go by as the race gets underway on what’s called Boxing Day in Australia (December 26, the day after Christmas Day). The yachts head south before eventually reaching Sullivans Cove in Tasmania where again hundreds gather, along with media, crew and officials to welcome the incoming boats. 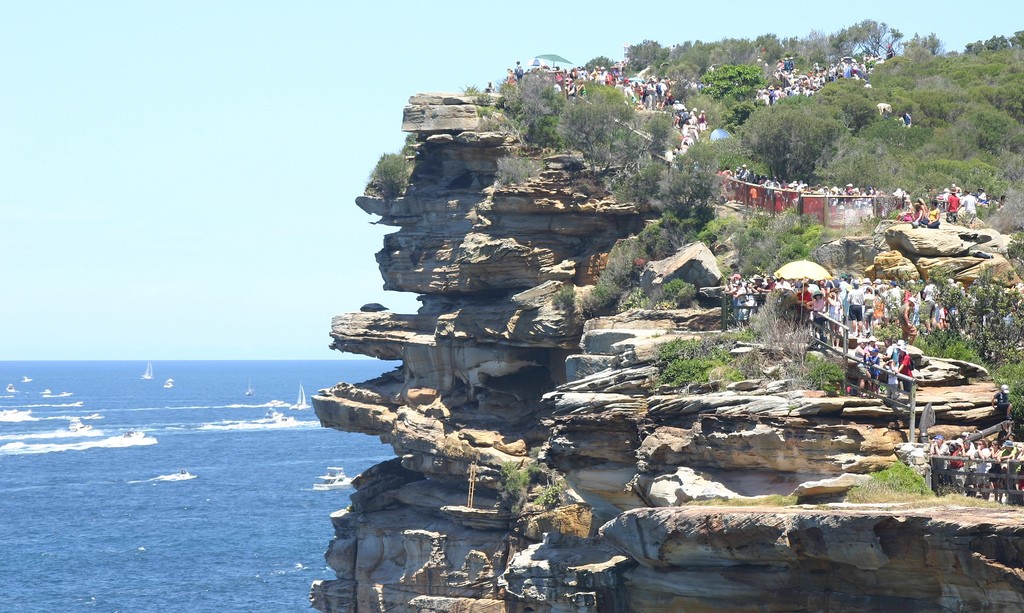 Yachts of all sizes participate in the Sydney to Hobart from 30-footers to super yachts of more than 100-feet. The crew also ranges from leisure club sailors to professionals who’ve taken place in races like the America’s Cup. This means that the race really is open to all who meet the requirements and this leads to plenty of tension and excitement during the race. As you’ll see below Wild Oats XI has won many of the Sydney to Hobarts in recent years, and it will be interesting to see if it can add another line honor to its already extensive list of wins to take a record 9th win. The 110-strong fleet of starters in 2015 will all be facing an additional challenge to Wild Oats though with weather conditions forecast to be rough this year. Although conditions aren’t forecast to be as bad as they were in 1998 when boats capsized and several people died during the race. If you can’t make it to Australia in time, it’s possible to track the race live online. 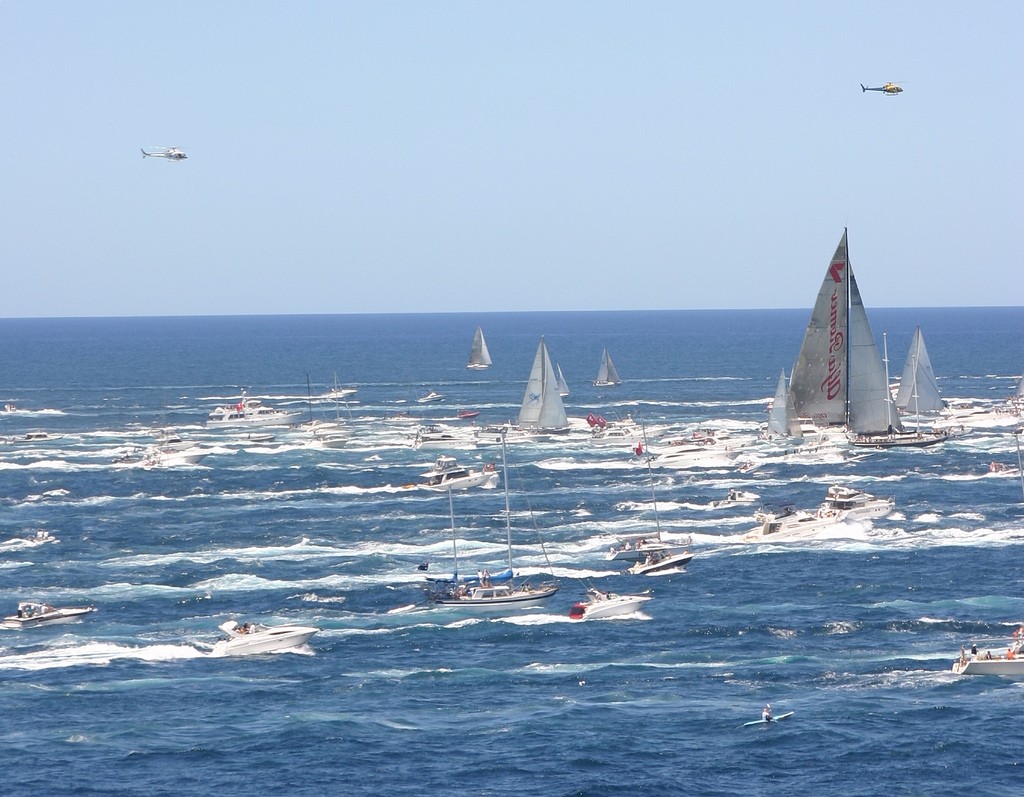 Tragedy struck the Sydney to Hobart Yacht Race in 1998 when a strong storm sunk 5 boats and 6 people sadly died. The tragedy resulted in strengthening of race rules and requirements, so we hope the rough weather conditions forecast for the 2015 race won’t result in similar incidents.

The youngest team ever to compete in the blue water classic was in 2011 when Jessica Watson, who is known internationally for sailing solo unassisted around the world when she was just 16-years-old, skippered a boat in the race with a crew of others all aged 21 or under.

While the minimum age to participate is now 18-years-old, in 2008, John Walker (at 86-years-old) was the oldest skipper ever to race to Hobart.

If you’re going to be in Australia to watch the start or finish of the Sydney to Hobart we can also recommend these articles to help you plan the rest of your adventure holiday: How to drive a lap of Australia and the 7 wonders of Australia.

Liked this article? Looking for the latest in travel and adventure news? Then check out the rest of our articles at Adventure Herald. You can also like us on Facebook, follow us on Twitter or Instagram to keep up with our latest antics.
Tag adventure sports australia boating sailing sea yacht race sydney to hobart Sydney to Hobart yacht race watersports Wild Oats Wild Oats XI yacht race