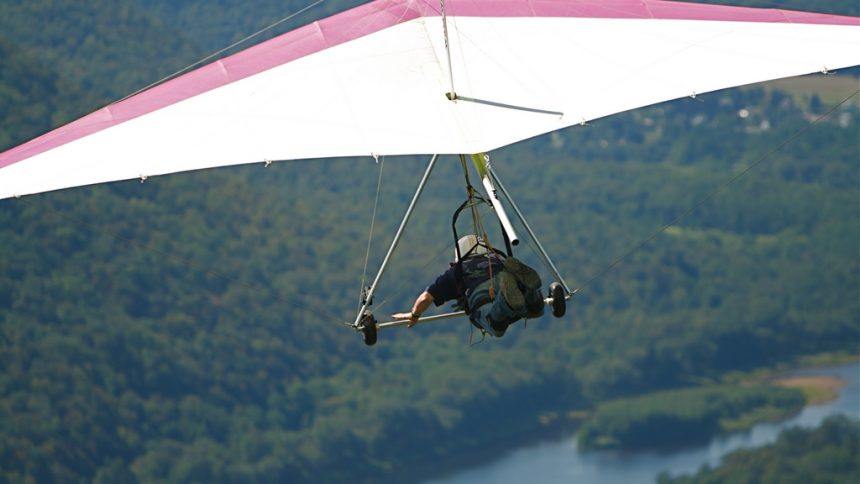 Difference Between Hang Gliding and Paragliding

Similarities Between Hang Gliding and Paragliding 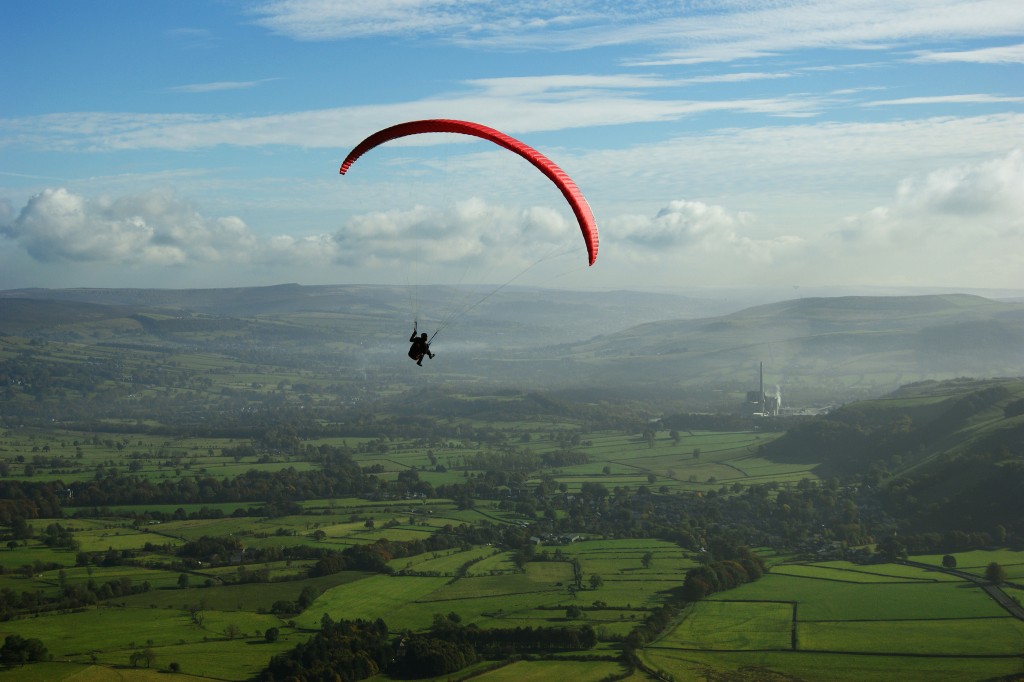 Both sports involve the pilot using an air current and foot speed to create lift so that they’re “pulled” off a cliff (or even a building) so that they can then fly. Sometimes the pilot can take a foot-launch by running and (sort of) jumping off a steep decline as opposed to be carrying over the edge of a cliff. This is called a forward launch. Alternatively if there is enough wind – particularly during paragliding – a forward launch may not even be necessary as the wind might generate enough air current to inflate the wing.

Both sports also use the pilot’s feet at landing. Neither sport needs to be very dangerous if you have the right training, experience, and take advantage of good conditions. They can both be very meditative and peaceful sports, so long as you respect the potential dangers and take precautions. Obviously, both sports require plenty of training (and you’ll likely start out with an instruction program and tandem flying). Both sports share similar start-up costs for the equipment and each sports’ safety records depend on the skill and experience of the flier, the quality of the equipment used, and the conditions in which the sport is done. Of course mechanical failures and taking unnecessary risks increase the chance of something going horribly wrong.

In both sports the contraption would otherwise be in a state of descent; it’s up to the glider to catch wind currents to glide longer, and even go up higher in the air.

Difference Between Hang Gliding and Paragliding 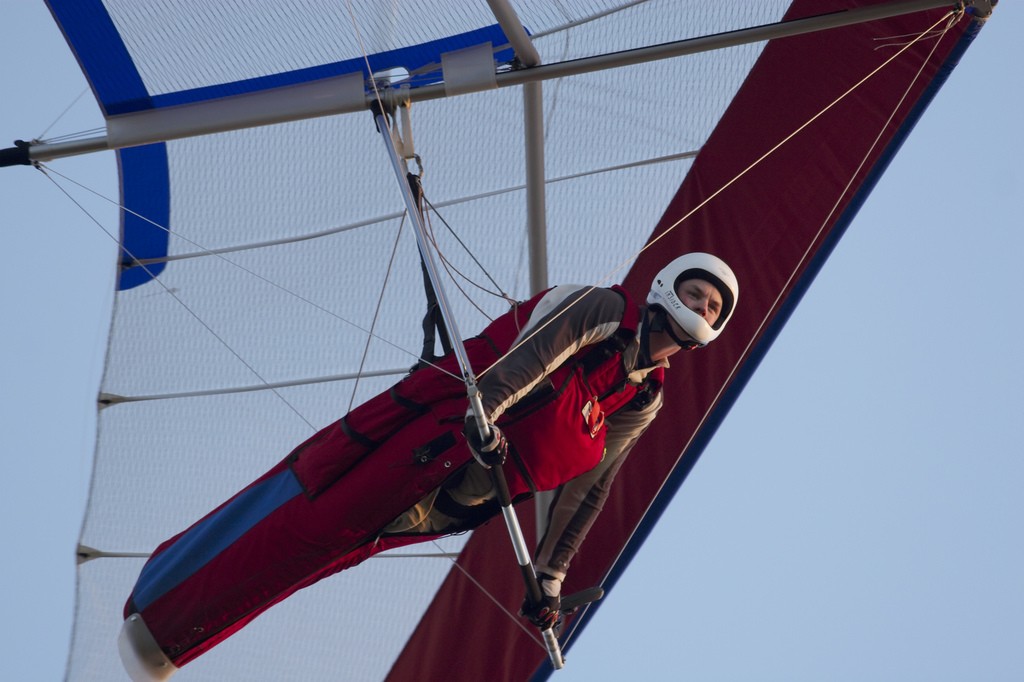 Because the names sound similar and the essence of both sports is in many ways similar (both use foot-launched glider aircraft), it’s quite a common question: What is the difference between hang gliding and paragliding. Basically, there are two key difference. Firstly, the hang glider has an aluminum frame over which a pointed V-shaped cover is stretched (see the cover image of this article), in comparison the paraglider uses a kind of parachute. Secondly, while hang gliding the hang glider holds onto a rod (seen in the image above) and is in a prone head-first position in a cocoon-like harness, while a paraglider is in a seated position. In some cases, though, it’s also possible for the hang glider to be in a seated position.

There are many other more technical differences. For instance, a hang glider can often progress faster once in the air. Hang gliders have greater visibility below them, while a paraglider has greater visibility ahead. There are also differences in maneuverability, for instance, a hang glider can move left and right, as well as dive or climb if needed; whereas a paraglider can usually only turn left or right, although paragliders also have a better turn radius and can better control their angle of descent. Landing a paraglider is somewhat easier than landing a hang glider. Though the paraglide is easier to transport and assemble once on site. 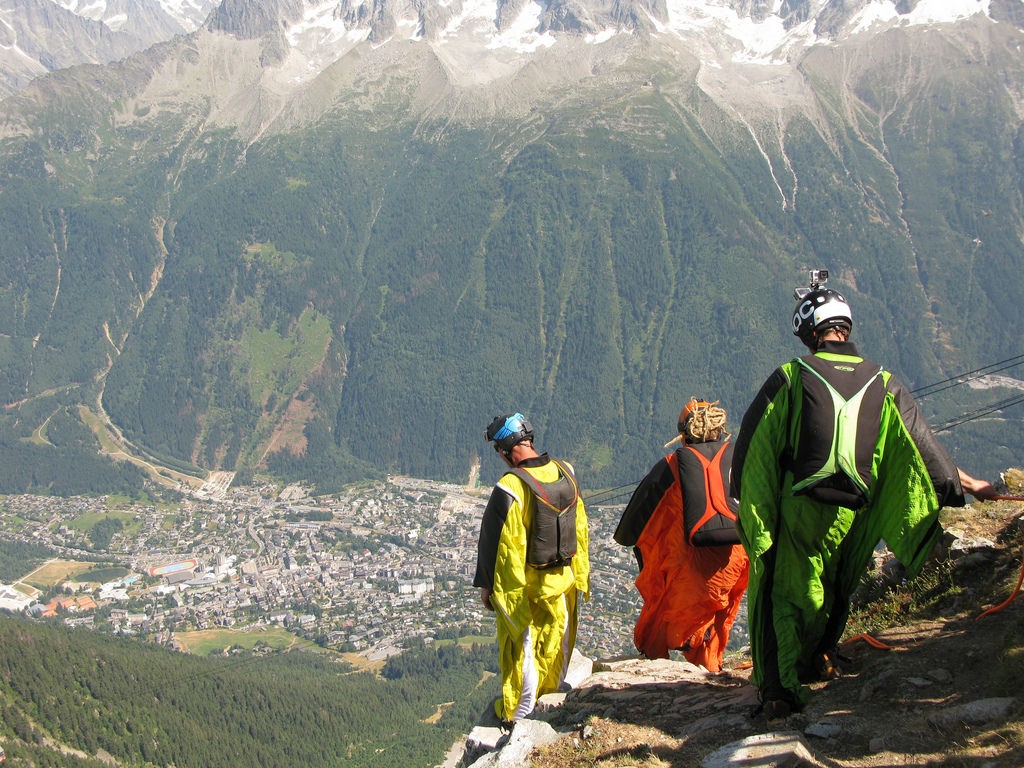 As we mentioned hang gliding and paragliding are kind of more old-school versions of newly popular extreme sports that have really taken off in recent years. One spin-off is BASE jumping where you jump off a fixed object like a cliff or building, then using a quick release parachute to soften the landing. B.A.S.E. itself stands for the kinds of bases you can jump off: building, antenna, span or Earth (e.g. cliff). Because of the lower altitude of the jump and the quick time frame in which the parachute needs to be launched and slow the fall BASE jumping is considered a very dangerous extreme sport.

Another type of spin-off is wingsuit jumping, which can be done off a cliff or building where you use the wingspan created by a special wingsuit to soften the landing. In this form it has similar principles to hang gliding and paragliding. The span of the wingsuit is used to fly and steer. Wingsuit jumping can also be undertaken out of plane where it’s more akin to sky diving. Check out this explainer to wingsuit flying.

Interested in other extreme sports? Check out our comprehensive A – Z of adventure sports.