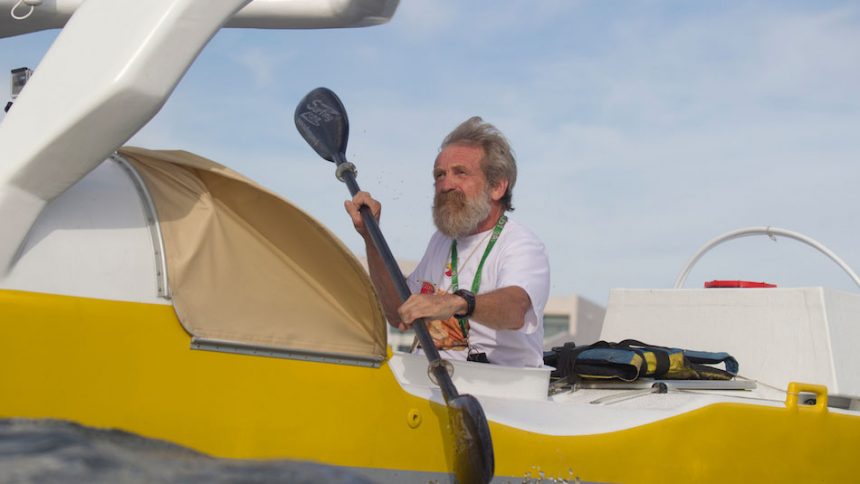 Aleksander Doba – The Adventurer of the Year

Aleksander Doba, 67-year-old kayaker, was entitled to the 2015 People’s Choice Adventurer of the Year Award for kayaking across the Atlantic for 7,716 miles following the longest route which crosses the Atlantic. He received more than 521,000 votes from the readers of the National Geographic magazine.

Aleksander Doba is a real adventurer despite the fact he calls himself a tourist. He deserves the title of a real adventurer thanks to his courage to paddle across the Atlantic Ocean between Portugal and Florida. The Polish man set off through his adventure on October 5, 2013. His primary intention was to paddle across the Atlantic’s widest point for 5,400 miles which would mean setting a record of longest ever solo kayaking voyage. However, the Polish man paddled for 7,716 miles in his 23-foot kayak OLO due to storms and equipment failure.

He Started Kayaking at the Age of 34

What makes Doba’s journey more special is that he didn’t do kayaking until the age of 34. Moreover, he didn’t train his body for the journey. Unlike professional kayakers, he left himself to the flow of the ocean without installing a sail on his kayak. He took enough food which would cease the gurgling of his tummy for 5 months. This was his main preparation.

Having a long and untidy beard was the least of his troubles since his connection with the world was cut; he had to fight a shark attack and deal with the broken parts of his kayak. Fortunately, he managed to reach Bermuda and spent a month there while repairs were made. We assume it was the only relaxing time of his journey as he always slept less than 6 hours with installments while he was on the water. 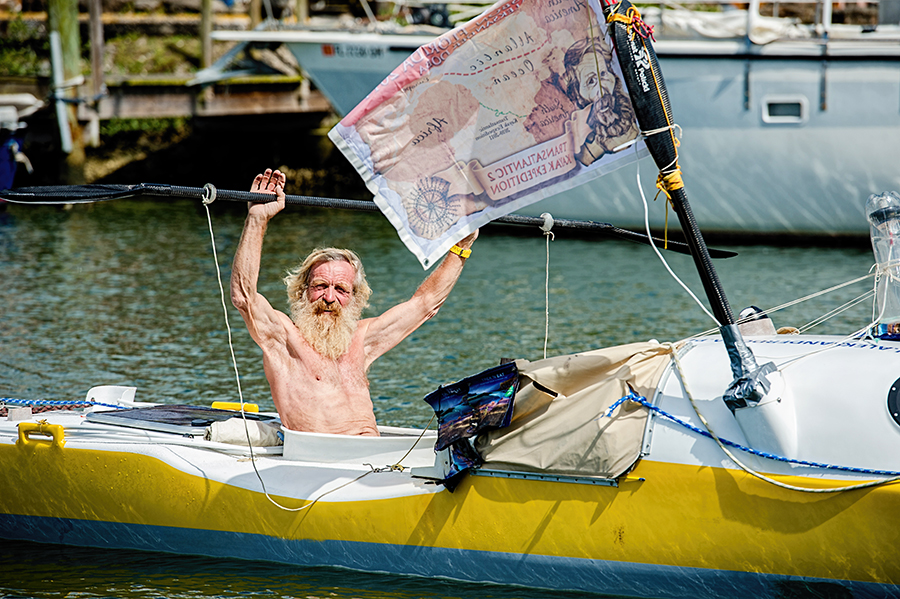 Finding your direction on a vast ocean is like looking for a needle in a great number of haystacks. That is what happened to Doba when his satellite navigation equipment wasn’t working properly. He lost his connection with the world, his high-tech compass stopped working and his kayak was damaged due to harsh water. Nonetheless, Doba kept proceeding to reach New Smyrna Beach of Florida.

Aleksander Doba was Welcomed as a Hero

As he was approaching to the eastern coast of U.S.A, his castaway look was becoming more visible. Happiness was hidden under his long untidy beard mixed with the satisfaction of success. When the calendar showed April 19, 2014, he was already approaching a marina in New Smyrna Beach in order to dock OLO. 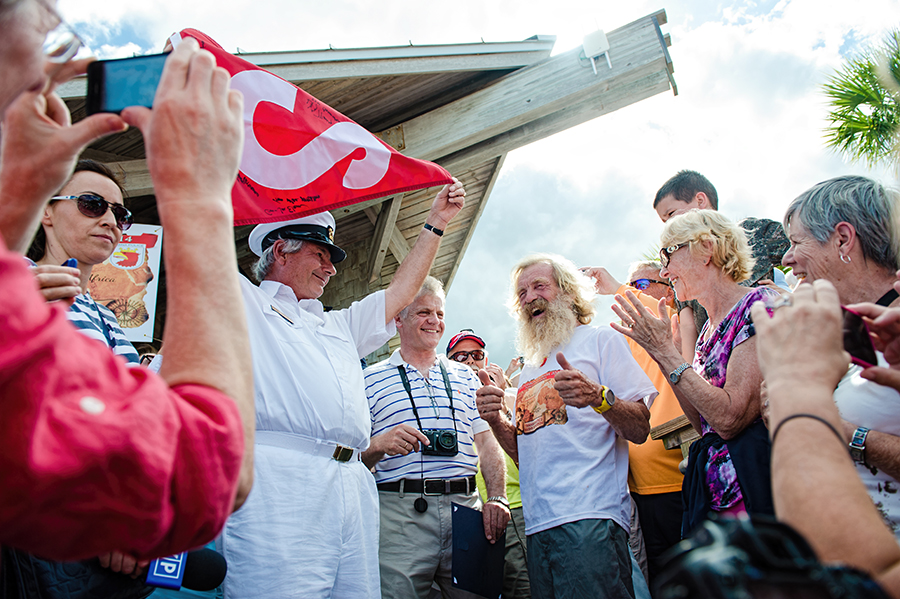 When he reached his final destination, the European adventurer was greeted by a group people who were waiting to give him a warm welcome. New Smyrna Beach Mayor Adam Barringer presented a bottle of champagne to him as a welcome gift. There were people waiting for him with signs stating such lovely remarks as “Olek, you’re my hero.” He was also granted honorary membership of Smyrna Yacht Club. Apparently, he managed to inspire people; otherwise he could have barely attracted attention.

The reason of Aleksander Doba’s nomination for the Adventurer of the Year Award wasn’t only because he was brave enough to whack a shark on the head. He was entitled to this award due to the values that he represented. He showed the world that a 67 year-old man can embark on an extreme travel adventure without hesitation. World offers amazing opportunities in breathtaking destinations. That is why we adventure traveler jump on every extreme attraction that fascinates us.

Liked this article? Looking for the latest in travel and adventure news? Then check out the rest of our articles at Adventure Herald. You can also like us on Facebook, follow us on Twitter or Instagram to keep up with our latest antics.
Tag Aleksander Doba kayaking kayaking world record National Geographic People’s Choice Adventurer of the Year Award Smyrna Yacht Club solo kayaking record