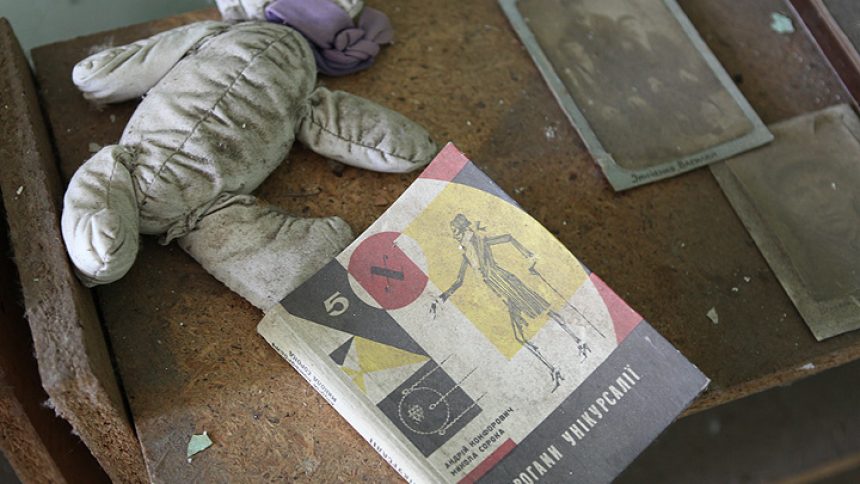 The Chernobyl Disaster has changed the development of our civilization and the way we see nuclear energy forever. Still today, almost 30 years later, there is an exclusion zone of 30 km radius around the power plant in Central Ukraine, that can’t be inhabited for several thousands of years. Probably no other incident is such a powerful reminder of the failure of our civilization but also of its technical potential. Visiting Chernobyl gives us the unique possibility to study the consequences of our mistakes and to learn from our hubris. 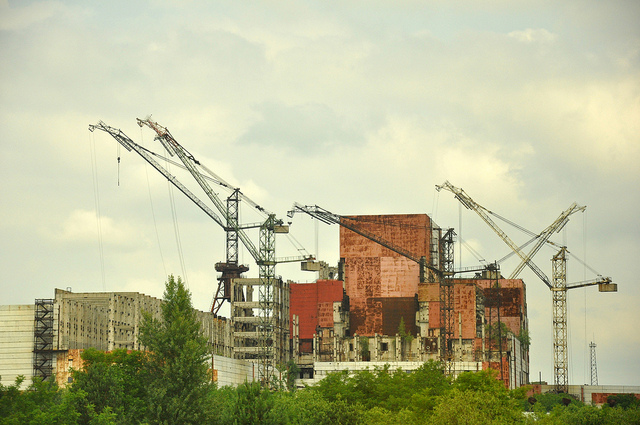 On 26 April 1986, at 1:24 in the morning during a system test, following a cocktail of human failure, outdated technology, as well as insufficient security systems and procedures, two explosions shook the Chernobyl nuclear power plant. One of them was a nuclear explosion, and immediately radioactivity started to contaminate the area.

The firemen were able to extinguish the main fire in less than three hours, but the graphite in reactor 4 was still burning. The dosimeters could not read radiation levels that high, so they showed safe numbers, and it was assumed that the reactor was still intact. As a result, many of the firemen and plant workers lost their lives to acute radiation sickness (ARD). They were exposed to radiation so high, that they even had to be buried in concrete coffins, since their contamination was so strong.

In a huge effort, the reactor was finally filled with sand, clay, dolomite and others, with the help of a helicopter, whose crew died in an accident a few minutes later. But the radiation was stopped from spreading and the graphite extinguished.

The about 50 000 citizens of Pripyat were only informed about the disaster one day later, on April 27th, when they already had been exposed to large amounts of radiation. After finally the evacuation had started, it took less than 3 hours and the city should stay empty forever. The evacuation of the exclusion zone ended on May 5th. Overall more than 350 000 people had to be evacuated in Ukraine, Russia and Belarus.

Radioactive contaminated clouds spread all over the world, and were especially present in Belarus, Scandinavia, Poland and Austria.

Till the end of December, reactor 4 was covered by a sarcophagus, a construction out of steel and concrete, to shield the environment from more nuclear radiation.

Following the disaster, 137 cases of ARD were reported, with about 80 fatalities. It is almost impossible give an exact number of all fatalities related to the Chernobyl disaster, since under Soviet rule, the extent of radiation deaths and diseases was covered up. Also, it is difficult to determine which diseases are really directly related to Chernobyl. There are estimations that go up to 1 million casualities, including long term effects, but there are also much lower numbers in circulation.

However, it is a fact that congenital defects became the main reason of infant mortality in Belarus during the years after the disaster. Also the cancer rate, especially thyroid cancer among children, significantly increased.

In 2002, the Chernobyl exclusion zone was opened for tourism. 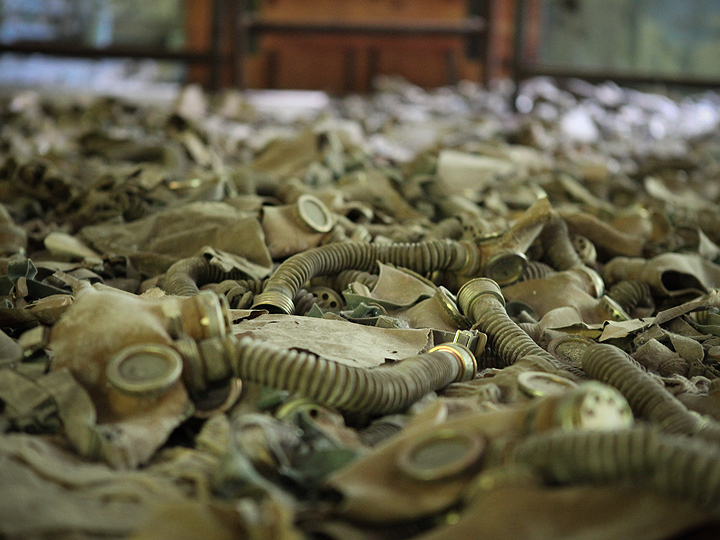 Visiting the Chernobyl exclusion zone is perfectly safe – as long as you listen to your tour guide, follow some simple rules and just generally act like a reasonable human being. So for instance, if you see a sign somewhere, that indicates high radiation, you probably should not go there.

While there are still some areas with high levels of radiation, they are avoided by the tours or just passed by very quickly. The only place where the level of radiation is high enough to cause ARS is inside the Chernobyl sarcophagus covering reactor 4.

How to Get in? 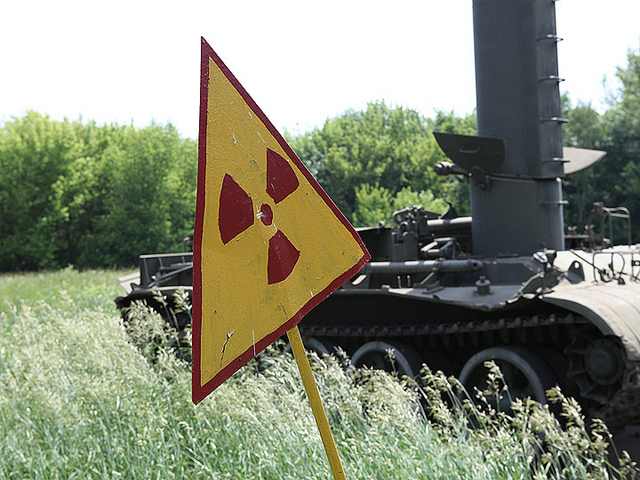 Every person over 18 without any medical conditions, that would contradict a visit, can enter the Chernobyl exclusive zone. However, independent travel in the Chernobyl exclusion zone is not possible, you can only visit with an official tour operator. The prices start at around 100$ for a day tour and can go up to 1000$ for tours of several days. Tours usually include transport from Kiev.

To enter the zone you need a special visitor pass, which you have to carry with you during the whole visit. It can be requested through your tour company. There are several checkpoints where you can enter and leave the zone, and where you will be checked for radiation contamination. 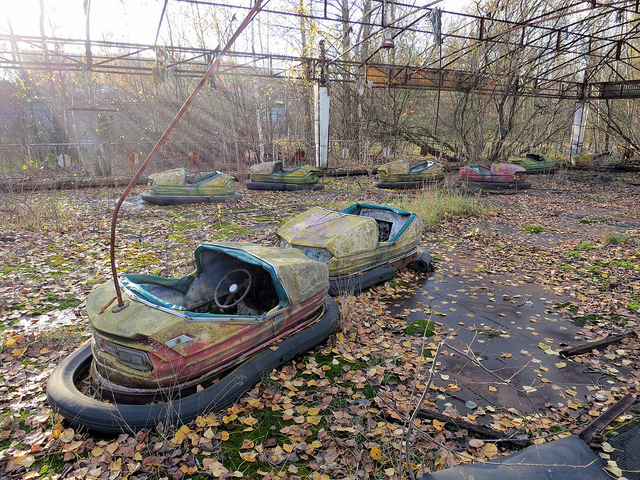 Unfortunately, as normal visitor, there is no possibility for you to get into the exploded reactor 4. But the exclusion zone is huge and there is a lot more to see.

Most tours stop about 200 m away from the sarcophagus and reactor 4. As a replacement, there is a model of the exploded reactor in the visitor’s center. You also get information about the new sarcophagus, which is supposed to be finished in 2016. If you want to enter the remaining power plant, you need a written permission directly from the director of the plant, which has to be arranged in advanced. It is well worth the trouble, since you will get unique insights into soviet engineering and architecture.

The city of Pripyat is a ghost town, where time stands still. Dolls are lying around, little children playing with them almost 30 years ago, shortly before the city’s inhabitants finally were evacuated to never return to their homes. Built in 1970 for the workers of the power plant and their families, Pripyat once was a model city for the Soviet government with communist propaganda and hammer and sickle covering the walls. Pripyat’s amusement park and its Ferris wheel became a symbol for the disaster. The park was meant to be opened a few days after the disaster, but then was only used for a few hours before the evacuation was announced, to distract people.

While Pripyat is still uninhabited, about 100 re-settlers returned to their villages, mostly elderly people. These villages are frozen pictures of the past and of soviet country live, where visitors usually are warmly welcomed.

Another interesting angle is Chernobyl as example of how nature and wildlife take over huge spaces abandoned by humans and adapt them for their needs. Almost immediately after the humans left, deer, boars and elks came back in huge numbers, followed by wolves and lynxes. One could almost say, that a nuclear disaster is less of a disaster for flora and fauna, than human habitation, even though recent studies show that biodiversity itself significantly declined. Even though in general a visit to the Chernobyl exclusive zone is safe, you need to follow some rules, to keep it that way.

Liked this article? Looking for the latest in travel and adventure news? Then check out the rest of our articles at Adventure Herald. You can also like us on Facebook, follow us on Twitter or Instagram to keep up with our latest antics.
Tag adventure adventure travel adventure travel destinations Chernobyl eastern europe travel Ukraine