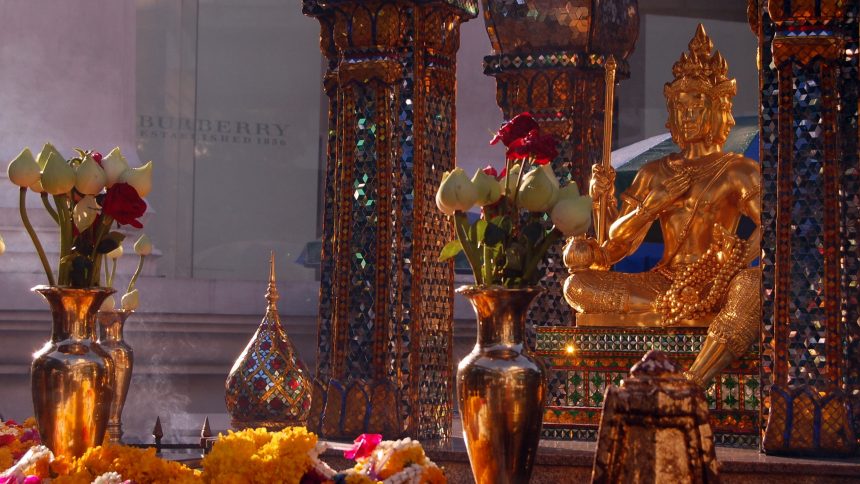 Bangkok Got Hit by Bomb Attack in Main Touristic Area

Thailand’s capital Bangkok got hit by an explosion on Monday evening, around 7 pm local time during rush hour. According to officials, a bomb on a motorbike has detonated near Rajprasong junction in district Pathum Wan, in front of Erawan Shrine. The shrine is a Hindu place of worship and also a popular tourist attraction. It is located in the center of Bangkok, close to several shopping malls and top hotels.

At least 12 people have been killed, among them 4 tourists. Up to 80 have been injured, but the exact numbers still have to be confirmed. The crime scene is in utter chaos, there is a crater in the street and burned motorbikes are lying in the middle of the road. The whole area has been cordoned off and evacuated by the police, since more suspicious objects were found, which are believed to be active bombs, one inside the shrine and one opposite of it.

Till now, there has been no claim of responsibility. Even though there are ongoing fights between the government and Muslim rebels in Thailand’s south, the rebels hardly take any actions outside of their home are. But in the last weeks, also the critique of the military junta, which took over Thailand during a military coup in May 2014, got louder, since they plan to hold new elections only in 2017.

According to officials, the purpose of the attack is to destroy Thailand’s economy and especially its tourism industry, because it happened right in the heart of one of Bangkok’s most popular tourism areas.

Liked this article? Looking for the latest in travel and adventure news? Then check out the rest of our articles at Adventure Herald. You can also like us on Facebook, follow us on Twitter or Instagram to keep up with our latest antics.
Tag Bangkok news southeast asia thailand travel news