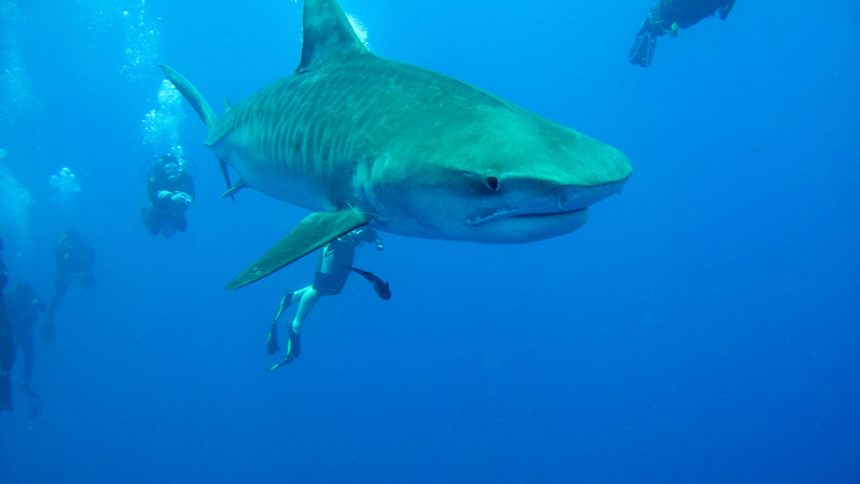 Most Popular Extreme Attractions in the World

Traveling is the best teacher you can hire according to your budget. You can widen your perspective while discovering different cultures and lands. Moreover, the people you get to know during your trips can be your life-long fellows. Nevertheless, this description does not totally fit into the perspective of an adventure traveler who seeks to find the limits of human body as reaching out to the hidden places of Earth or dangerous beauties of nature.

We are not allowed to peep into every hole on Earth since there are protected and hazardous areas. Nevertheless, such places are always tempting since they offer unprecedented experiences which can alter your perspective and strengthen your mental power. In order to be able to gain thrilling adventure memories, you should definitely try the most popular extreme attractions in the world. Despite the fact that these adventures may require you to go out of your comfort zone and spend a fair chunk of your monthly salary, the experience you’ll get is definitely worth it. So, fasten your seat belts and get ready for a quick tour around the most popular extreme attractions in the world.

Hiking to an Active Volcano 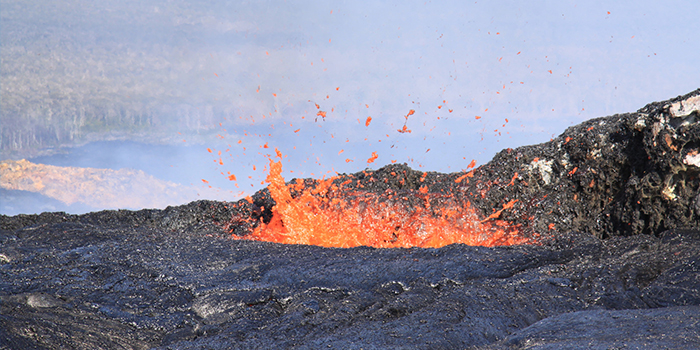 It probably doesn’t function as a simulator of the Pompeii disaster, but still it is absolutely a thrilling experience. In order to enrich your travel memories repertoire, you should visit Hawaii’s Volcanoes National Park which is among the most extreme travel destinations. This park covers a vast land which serves as a home to the one of the world’s most active volcanoes. In the park, which is in the lists of UNESCO World Heritage Sites and UNESCO World Biosphere Sites, there are two active volcanoes: Kilauea and Muna Loa.

The fact which renders this experience unique and thrilling is that you have a chance to hike up to Kilauea Volcano (1,250 m high) which is one the world’s most active volcanoes, and Mauna Loa (4,170 m high) which is the world’s largest subaerial volcano. In spite of the fact that several million people visit the park annually, the situation is not as bad as in Venice in terms being surrounded by thousands of people. Thus, you can actually have a meditating experience while visiting the fiery dragons of nature.

The world’s only drive-in volcano, Kilauea currently produces 250,000-650,000 cubic yards of lava pear day. These insane figures attract thousands of tourists to the site due to the fact that a view as hot as 1100 C. can be regarded among the most extreme views you can ever observe.

Another positive feature of the park is its availability for camping. If a day trip doesn’t satisfy you, you can prefer camping while enjoying the large natural diversity of the camp. Sleeping while being so close to an active volcano must be an extreme attraction, per se.

In order to find out the proper time to visit the park, you should check the eruption updates of Hawaiian Volcano Observatory.

Walking in a Nuclear Disaster Site 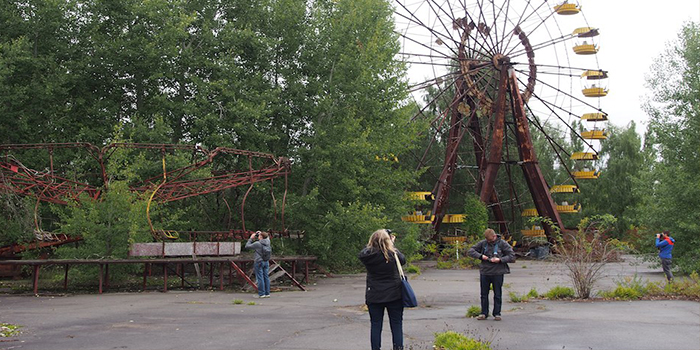 Yes, you are right! We are talking about Pripyat, Ukraine. Pripyat is officially an abandoned city owing to the Chernobyl nuclear disaster which has endangered the natural life since it took place on 26 April, 1986. The Chernobyl Nuclear Plant constituted a setting for the most catastrophic nuclear accident in history. The explosion of a nuclear reactor caused the emission of a vast quantity of radioactive particles which was 400 times more than the ones created by the Hiroshima bomb. The radioactive particles spread into air influencing the western USSR and Europe.

Although the impact of the disaster has decreased in time, the site is still protected by the Ukrainian government. Entrance to the site is prohibited due to the scare of the level of radiation which still exists in the area. Nevertheless, you can visit the city with guided tours.

As a matter of fact, this ghost city is different from the abandoned ancient villages of Syria since you can still observe the lifestyle of people under the rule of the Soviets before 1986. It is absolutely a real-life museum. Nevertheless, one should keep in mind that the activity of visiting Pripyat is not risk-free. That is the reason why it is included in our extreme attractions list. There are concerns about safety due to the level of radiation which will linger on the site 60 more years. But, Ukrainian authorities assure travelers that the tour is controlled and monitored constantly. Nevertheless, you should keep in mind that you will be there at your own risk.

Swimming in the Devil’s Pool 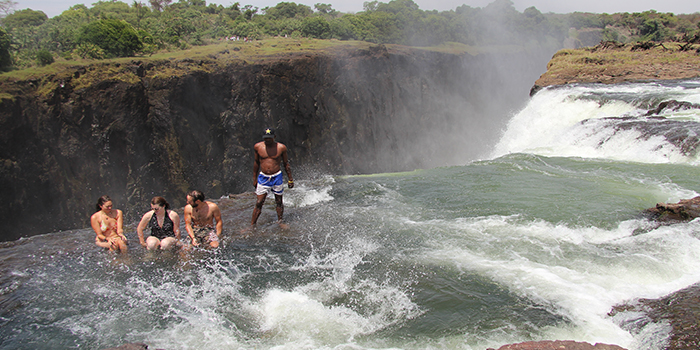 Majority of tourists who visit Zambia and Zimbabwe spend some time to see UNESCO World Heritage site Victoria Falls. The beauty of the enormous waterfall is world-famous. However, there is a specific spot on the waterfall which is gaining rapid reputation among adventure travelers: Devil’s Pool.

The Devil’s Pool is located on the edge of the Zambian side of the Victoria Falls. The name of the pool wasn’t given arbitrarily. Visitors literally swim on the edge of a waterfall which is as high as 90 meters. Thus, you can feel adrenaline to the extreme level while relaxing in a pool.

This activity cannot be done without the supervision of a guide. Nevertheless, presence of a guide doesn’t render this attraction absolutely safe due to the fact that even guides have free-falled to their deaths previously.

Do you think bungee jumping is a scary activity? Well, try doing it while jumping out off a helicopter through the mouth of a volcano! This activity is possible in Pucon, Chile. A helicopter takes you up to 10,000 feet in the air, and then you jump towards the molten lava of Villarica which is one of the most active volcanoes of Chile.

The cord stretches as long as 375 feet, so you can feel pretty close to the face of Villarica. Moreover, you can observe the best view of this world-famous volcano. However, you should keep in mind that this activity is not budget friendly at all.

Driving on the Pamir Highway 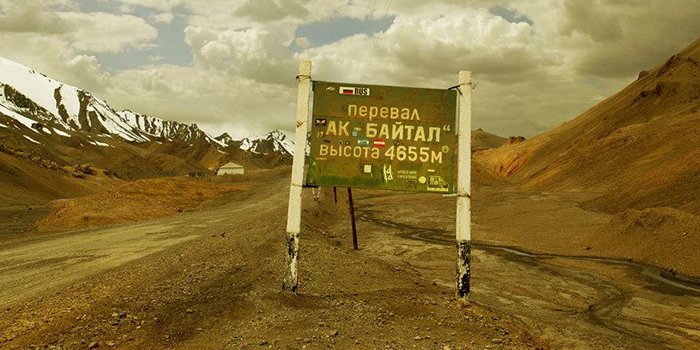 The M41, or commonly known as Pamir Highway is a mountain road which stretches through Afghanistan, Uzbekistan, Tajikistan and Kyrgyzstan in Central Asia. The road has been in use for millennia since the natural structure of the Pamir Mountains doesn’t allow the construction of a better highway.

Pamir Highway had been a part of the ancient Silk Road trade route for centuries. This historical fact attracts adventure travel enthusiasts to the region. However, the most essential feature of the highway is that it is the world’s 2nd highest road, with portions of the drive above 4600 meters (15,000 feet).

Popular rally organization Central Asia Rally’s route includes Pamir Highway as well; thus participating in this event is among the best ways to drive through dangerous, but fascinating curbs of the Pamir Highway. 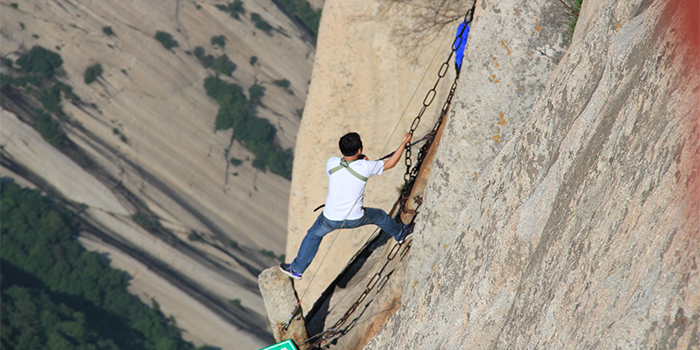 The Great Wall of China can be breathtaking due to its originality and the beauty of its surrounding, not to mention its size. However, it is not the proper place to visit if you are after an extreme adventure. The hiking trail on the Mount Hua Shan offers a fantastic route for adventure travel enthusiasts who visit China. The trail takes you up to a tea house which is located at an altitude of 2,160 m (7,087 ft). 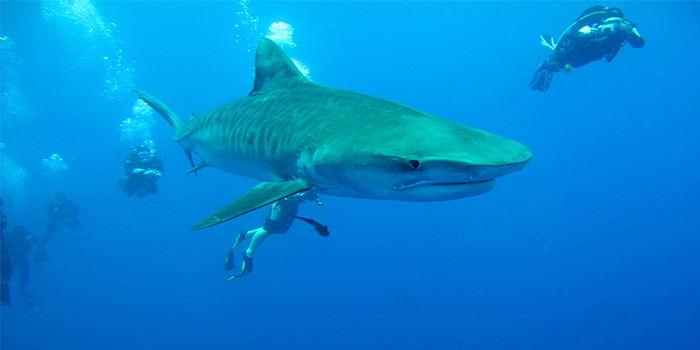 Scuba diving is fun. Nevertheless, it is not considered as an extreme activity unless you prefer to dive in water which is full of sharks. According to professional divers, sharks are not aggressive animals contrary to the common belief; they only attack when they mistake you for a prey. However, it doesn’t change the fact that sharks are unpredictable. Therefore, diving with sharks is on the top of our extreme attractions list.

Diving with sharks is quite popular in South Africa. If you’d like to come back from South Africa with a cool story, then you should consider this activity. Nevertheless, you should be careful if your tour guide feeds sharks with bait since blood really attracts sharks increasing their lust for hunting.

Liked this article? Looking for the latest in travel and adventure news? Then check out the rest of our articles at Adventure Herald. You can also like us on Facebook, follow us on Twitter or Instagram to keep up with our latest antics.
Tag Chernobyl Devil's pool diving with sharks extreme attractions extreme travel Hawaii Volcanoes National Park hiking Kilauea most popular extreme attractions Mount Hua Muna Loa Pamir Highway Pripyat scuba diving UNESCO World Heritage Victoria Falls Villarica bungee jumping