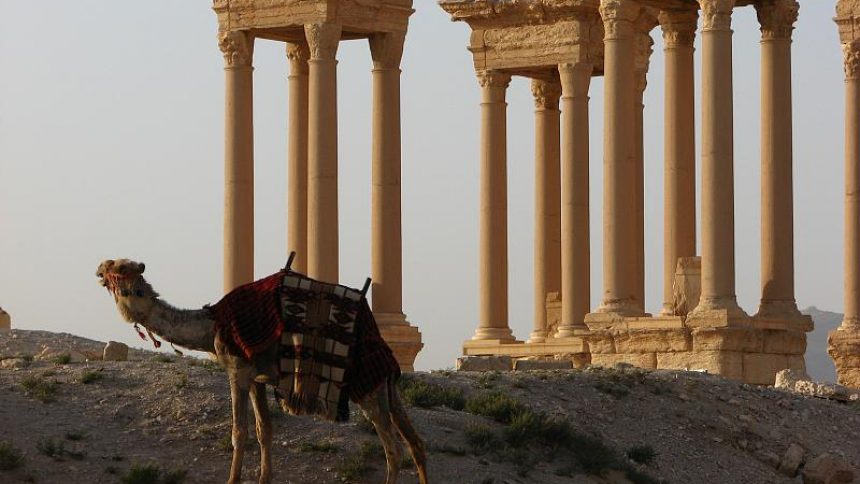 Syrian Civil War affects not only the citizens of Syria; but also the precious artifacts which stand as the witnesses of Mesopotamia’s rich history.  Syrian demonstrators who had opposing views, jumped onto the bandwagon of Arab Spring in 2011. Although the demonstrations, which started as an outcome of the anti-regime protests in several other Arab states, seemed small and incapable at the beginning, they have evolved into a large conflict which led to the intervention of major states like the U.S.A., Saudi Arabia and Turkey.

Historical findings suggest that the Levant, which covers most of the Middle East including Syria, has been a cradle of civilizations since the Lower Paleolithic period. From Classical Antiquity to the Middle Ages, Syrian land hosted such empires as Neo-Assyrian Empire, Neo-Babylonian Empire, Seljuk Empire and Ottoman Empire. The legacy of these giant empires has been highly damaged by the conflicts in the country. Considering the fact that the Islamic State continues to exert power in Syria, the existence of the six UNESCO World Heritage Sites of the country is in grave danger.

In order to avoid the fate of the tomb of the Prophet Jonah in Mosul and Assyrian archaeological sites in Iraqi National Museum in Baghdad, which were destroyed by ISIS militants, UNESCO enlisted 6 Syrian World Heritage Sites including the ancient cities of Damascus, Aleppo, and Bosra, Site of Palmyra, Crac des Chevaliers and Qal’at Salah El-Din and the ancient villages of Northern Syria in the endangered sites list. The danger listing aims to mobilize all possible support for the safeguarding of the sites which are regarded as valuable historical entities. 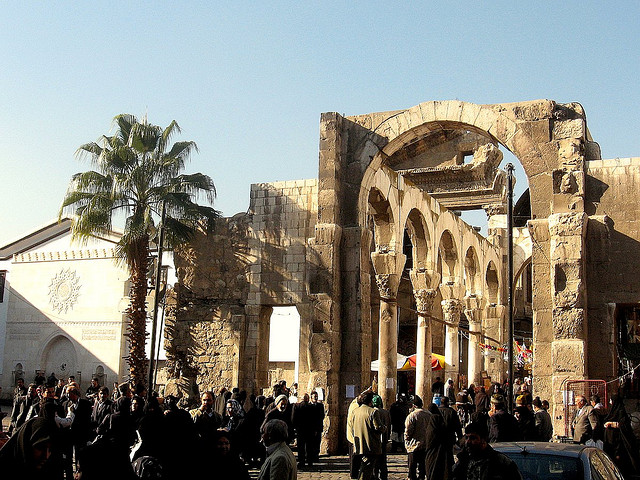 Founded in the 3rd millennium B.C., Damascus constituted as an essential cultural and commercial center for many centuries thanks to its geographical location. The city reflects the cultural elements of such civilizations as Hellenistic, Roman, Byzantine and Islamic. As the capital city of the Arab Republic of Syria, Damascus still functions as the heart of the country. However, it is one of the hottest spots in the country currently. Damascus contains such significant historical artifacts as the Temple if Jupiter, Roman city walls, Great Mosque, the Citadel and many other artifacts which have stood on their places for centuries. 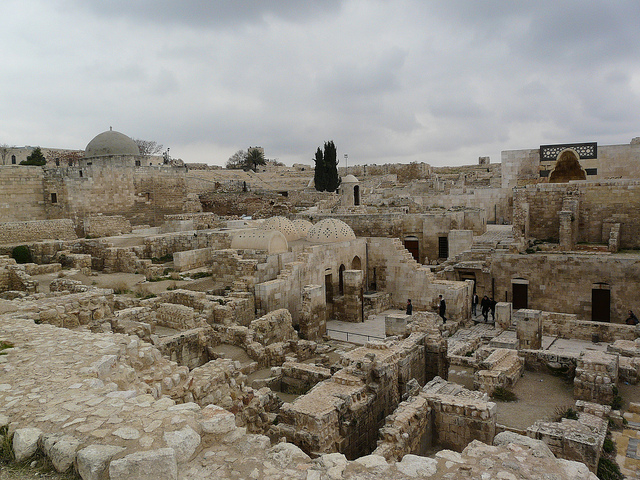 The importance of Aleppo stems from the fact that it is situated at the crossroads of several trade routes. Beginning from the 2nd millennium B.C., it was ruled by the Hittites, Assyrians, Akkadians, Greeks, Romans, Umayyads, Ayyubids, Mameluks and Ottomans. Ancient city of Aleppo contains such stunning artifacts as the Citadel, Khusruwiyah Mosque, Junblatt Palace, Khanqah al-Farafira and some other historical churches and madrassas. 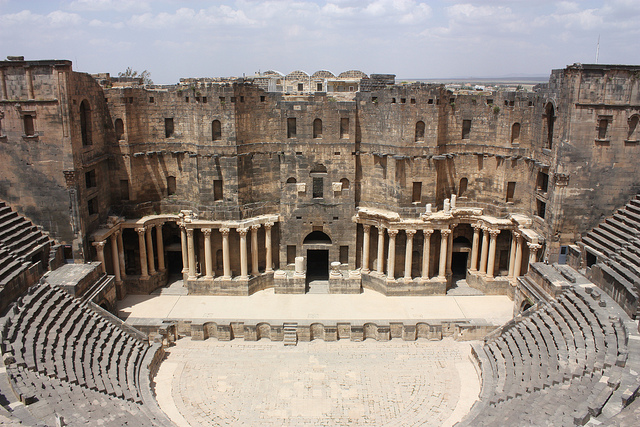 The priceless Tell el-Amarna tablets in Egypt, which date back to the 14th century B.C., are the first documents to mention the name of the settlement. It functioned as the northern capital of the Nabataean Kingdom in the ancient times until it was incorporated into the Roman Empire in 106 A.D. Under the rule of Byzantines, Bosra had become a major frontier market where Arab caravans filled their stock.

Bosra serves as a home to precious historical ruins from Roman, Byzantine, and Muslim times. The main landmark of the city is the second century Roman Theatre. Along with the ancient theatre, Al-Omari Mosque, one of the oldest surviving mosques in the world, has been standing as the witness of the rich history of the city since the 8th century A.D. The Madrasah Mabrak al-Naqua is among the oldest and most sacred places for Muslims. However, Islamic landmarks are not the only ones which constitute the historical face of the city. The Cathedral of Bosra is of a significant importance in the documents related to early Christian architecture. 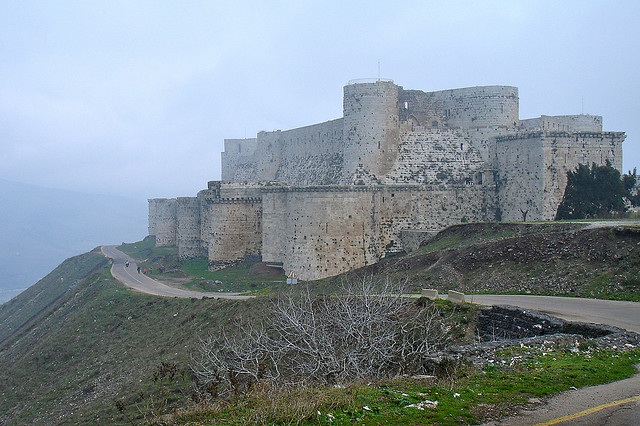 Crac des Chevaliers and Qal’s at Salah El-Din are two major examples of the fortified buildings in the Levant during the middle ages. The significance of these two landmarks derives from the fact that they reflect fortified architecture in the Near East during the Byzantine, Crusader and Islamic rules. The Crac des Chevaliers was originally a fortress controlled by the Kurds in the 11th century. During the First Crusade, Raymond IV of Toulouse occupied the fortress for a while before Tancred, Prince of Galilee took the control of the site. The latest version of the fortress was initially built by the Hospitaller Order of Saint John of Jerusalem from 1142 to 1271. Later on, it underwent a renovation during the Mamluk era in the late 13th century. Currently, it is among the best-preserved examples of the Crusader castles.

As for Qal’at Salah El-Din, it demonstrates features of the Byzantine architecture, the Frankish renovations. Moreover, it contains fortifications built during the reign of the Ayyubid dynasty. Thus, it shows the elements of different Eastern and Western civilizations who ruled the Levant during the middle ages. 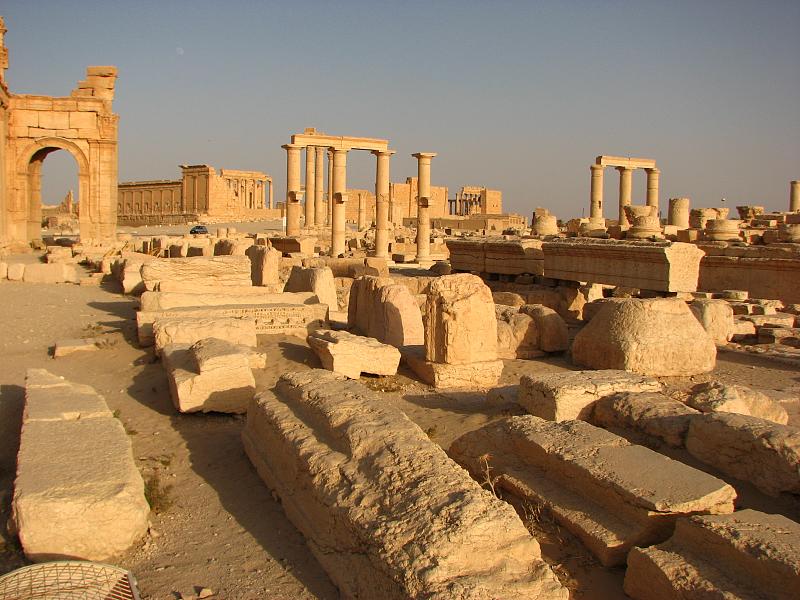 Palymyra is one of the most significant cultural sites in the world. It stands like an oasis in the desert, a land of history and architecture. Archeological findings of the site date back to the Neolithic era. In the ancient times, Palmyra functioned as an essential caravan stop for travellers since it was located at the crossroads of several civilizations and trade routes alike. Local traditions of Palmyra was blended into Greco-Roman and Persian techniques and created unique artistic styles endemic to the city. Major monuments of the city include Temple of Ba’al, Diocletian’s Camp, Theatre, the Agora and several other temples and monuments.

In spite of the fact that the city was included in the Endangered World Heritage Sites list of UNESCO, Islamic State militants took the control of the ancient city of Palmyra on the 21st of May, 2015. Thus, it is under the threat of destruction currently. 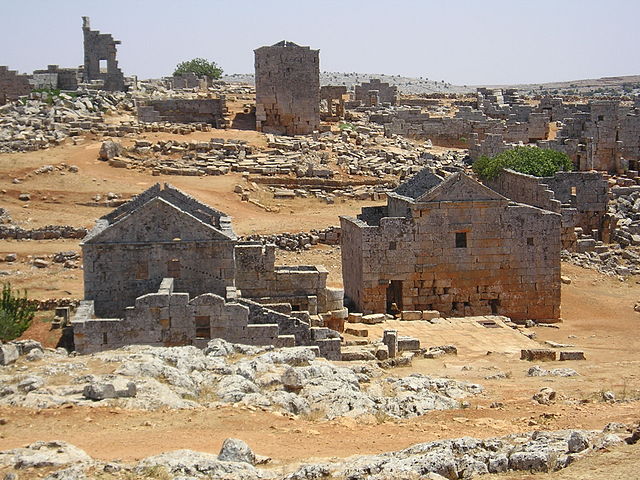 The web of forty villages in a Limestone Massif, in the northwest of Syria, creates a site of historical beauty and harmony among the dead cities. Despite the fact that the villages were abandoned between the 8th and the 10th centuries, they still provide an insight about the rural life in the late Antiquity and the Byzantine period. The site of the villages contains such monuments and buildings as rural dwellings, Christian churches, pagan temples, baths, and some other monuments.

Syria’s rural World Heritage Sites provide a suitable environment for adventure travel enthusiasts. However, recovery of the war-torn nation will take a while considering the current situation of the country.

Liked this article? Looking for the latest in travel and adventure news? Then check out the rest of our articles at Adventure Herald. You can also like us on Facebook, follow us on Twitter or Instagram to keep up with our latest antics.
Tag aleppo bosra Crac des Chevaliers damascus endangered sites middle east palmyra Qal’at Salah El-Din syria travel travel news UNESCO war