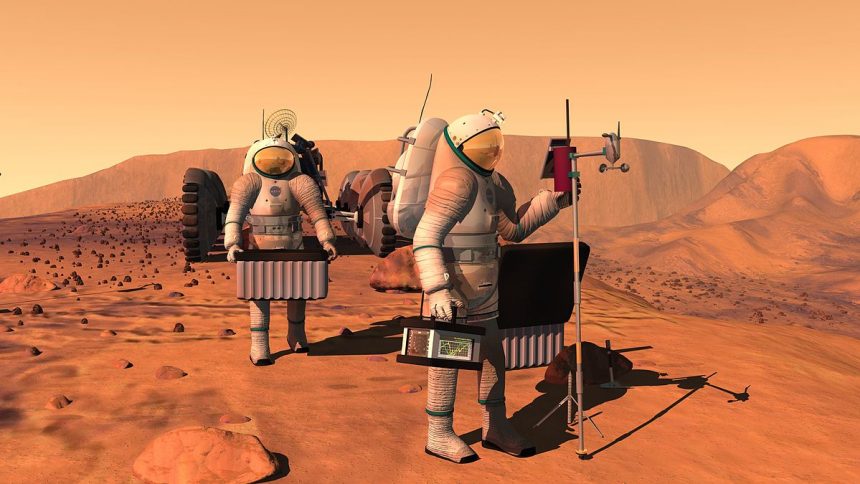 Would You Go On a Manned Mission to Mars?

You could say this is the ultimate adventure, the most extreme exploration of the unknown that dwarfs (literally) anything done before on Earth: human beings landing – and even living – on Mars. And now a new movie and some high profile space missions have reignited interest in the real possibility of human colonies on the “red planet.”

The recently released movie, The Martian, has captured broad imagination. The movie tells the story of a group of astronauts on Mars. They encounter a fierce storm and one is killed as the others escape on a rocket home, except that the astronaut they had left behind was still alive. To survive, he built a glass house to grow a small crop and even made oxygen as he waited to be saved.

With several space projects currently looking at sending people to Mars, could this extraordinary tale soon be more fact than fiction? One mission, in particular, is looking for extraordinary ‘ordinary’ people to apply for a one-way ticket to Mars. Here’s an update on the Mars One Mission and others like it. 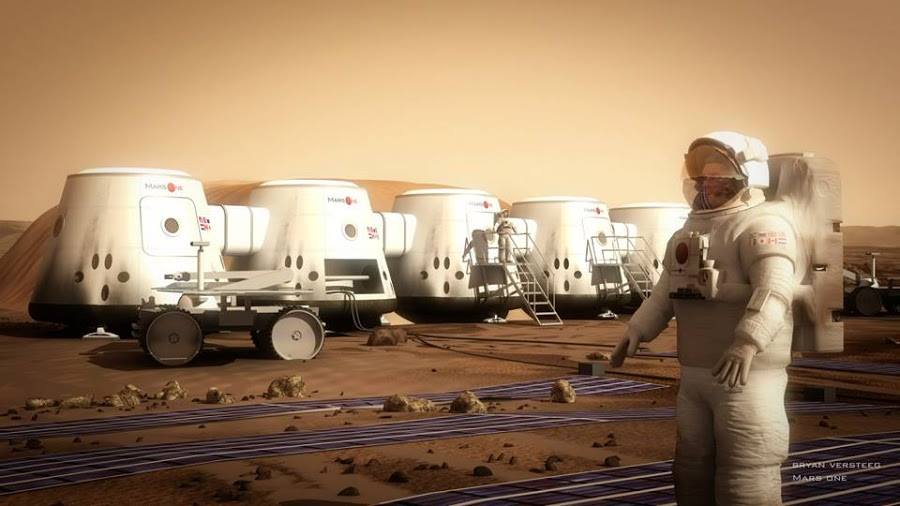 The Mars One mission is arguably one of the more high-profile planetary projects, thanks to its broad call for applicants to be among the first Martians on a one-way journey into the unknown. Mars One is based in the Netherlands and aims to send people to Mars by the late 2020s. To help with funding there are plans for a reality TV program based on the experiences of those first few to call the Red Planet home.

The process of whittling hundreds of thousands of applications down to the last few hundred has made headline news. The required skills include resiliency, adaptability and curiosity – all grounded in self-reflection. Applications have closed for the initial mission, however, subsequent groups (sent every two years) will be able to apply in the future, should you be interested!

Training for the first group is expected to begin next year, and this mission eventually aims to create a small village of Martians who would live 225 million kilometers from home. It’s been controversial, with many in the industry saying it’s a reckless endeavour, however, Mars One says that if major space agencies are so slow with their Mars projects, then creating habitable life on Mars relies on private schemes like this one. Check out this Mars One “trailer” here for more information:


Other Mars Missions for Astronauts 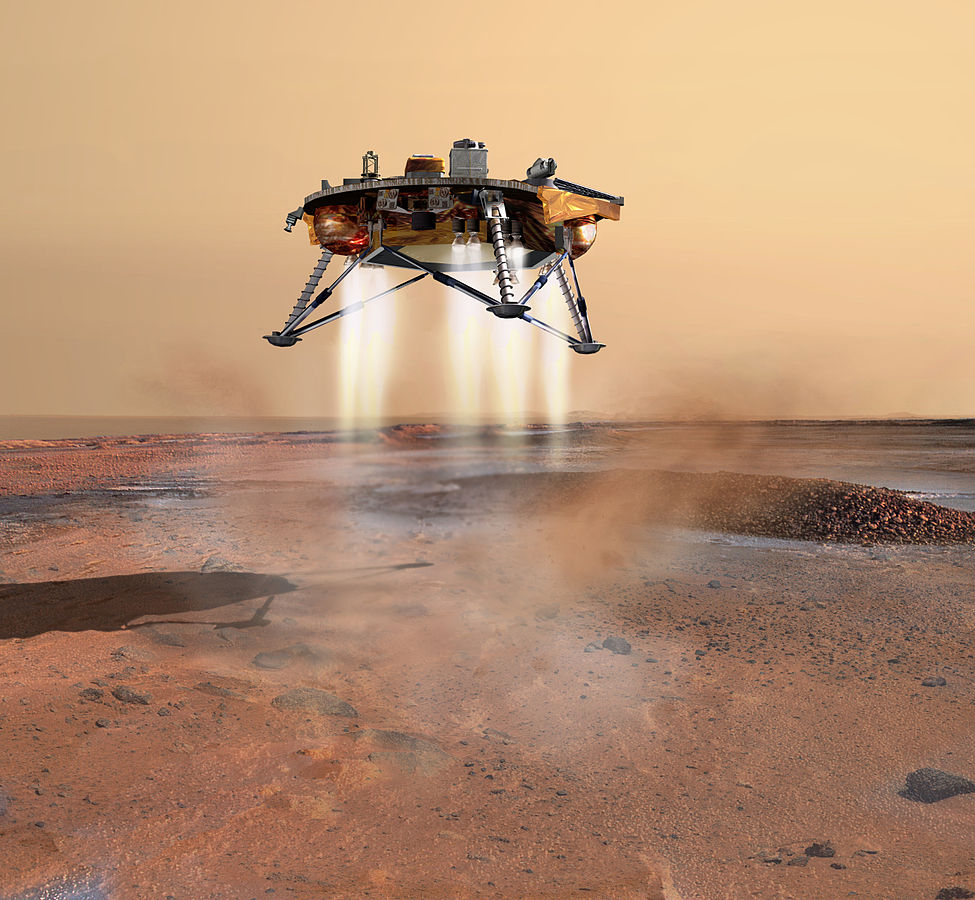 While not so open to the “public” there are several other planned or proposed human Mars missions, and many others that involve simpler unmanned missions. In terms of the manned missions, NASA has some plans that either include its astronauts returning to Earth, while others require astronauts to stay on Mars and set up a colony. In 2010, US President Barack Obama even said: “By the mid-2030s, I believe we can send humans to orbit Mars and return them safely to Earth. And a landing on Mars will follow. And I expect to be around to see it.”

The Mars to Stay mission, for example, includes a scheme where the emergency return vehicles could be transformed into usable equipment if the first humans decide the planet is indeed habitable and the return vehicles aren’t needed. Many in the industry say that asking astronauts to stay permanently on Mars isn’t such a big problem, since historically many explorers on Earth have done so knowing they are unlikely to return home.

There are other plans from major space agencies such as the Russian Space Agency, CNSA (China) and EMM (Europe), as well as other plans that involve partnerships between agencies. Most agencies’ timelines span over the coming two to three decades; meaning a manned mission to Mars isn’t that far off.

Another proposal by the Inspiration Mars Foundation would see a couple orbit around Mars – the plan would be to go further into space than ever before and stay longer in space that ever. This trip is also open to applications couples with the right technical, psychological and medical capabilities.

Just recently, in early October, NASA published its official plan for the exploration and colonization of Mars. The first stage is already underway and is called the “Earth Reliant” phase, where NASA is testing its deep space technologies, and studying the effects of extended periods of time in space on the human body. The following stages will test what equipment and capabilities are required to live away from Earth, while the final stage called “Earth Independence” will involve harvesting the resources available on Mars to generate fuel, water and building materials. NASA says it still aims to have human missions on Mars by the 2030s.

Challenges of a Mars Mission

Despite the boundless possibilities, there are significant challenges with such a human endeavour. For starters there’s the cost of the space flight and of sustaining a faraway colony for decades and beyond, then there’s the health impacts of radiation and weightlessness. There are psychological impacts of being millions of miles from home – stuck with a small group for years. The lack of general medical facilities and technical equipment could also pose all kinds of challenges. Another important aspect is the potential contamination of Mars ahead of future missions, or if a mission returns to Earth there’s the possibility of contaminating Earth with whatever is on Mars.

Opportunities for a Mars Mission 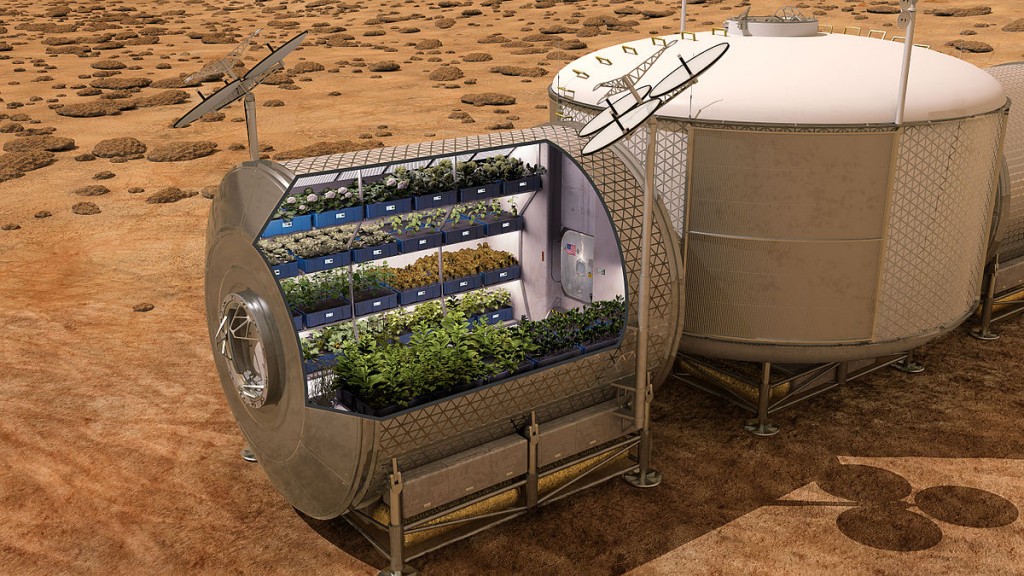 It’s true that humans have always sought adventure and to conquer new frontiers. While some say that Mars provides humans with an alternative place to live, others argue that Mars offers resources that could be useful to those that live back on Earth. Another motivator is the massive moment this would be for humankind – akin to the first landing on the moon. Finally, any expedition to Mars would teach people much about resilience, recycling, solar energy, food production, and contribute to progress in medical technology and other areas. Any Mars mission would be valuable not just to space exploration but across an array of other industries.

Has all this peaked your curiosity about what Mars would be like? Well, while many of these missions seem impossibly far off, as most adventurers who push all kinds of ‘impossible’ boundaries know, nothing is impossible.

Liked this article? Looking for the latest in travel and adventure news? Then check out the rest of our articles at Adventure Herald. You can also like us on Facebook, follow us on Twitter or Instagram to keep up with our latest antics.
Tag adventure travel human colony on mars humans on Mars life on Mars Mars Mars mission NASA Red Planet settlement on Mars ultimate adventure water on Mars