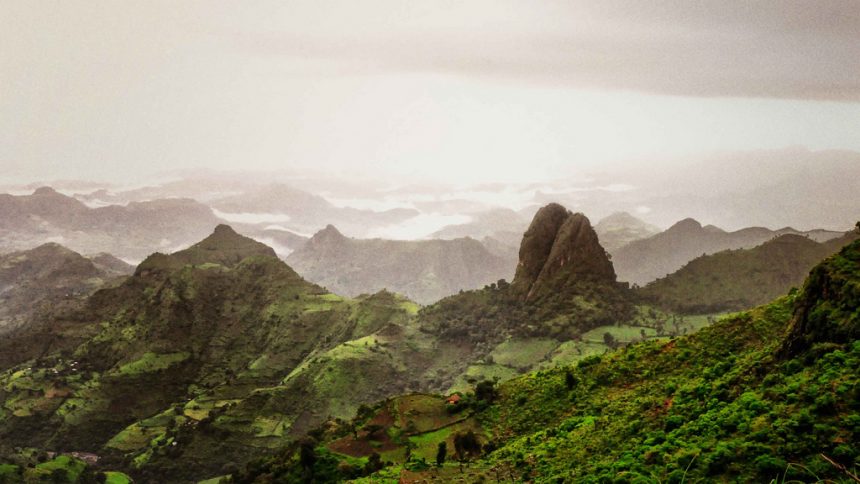 The Most Endangered National Parks in The World

National parks are implemented to protect the unique landscapes, the wildlife and the fauna in certain areas of our world. But it is not all done with the foundation of a national park, the fight to preserve our beautiful nature continues. Many national parks struggle due to wars, pollution and climate change. Check out our list of the most endangered national parks in the world and enjoy their beauty before it is too late! 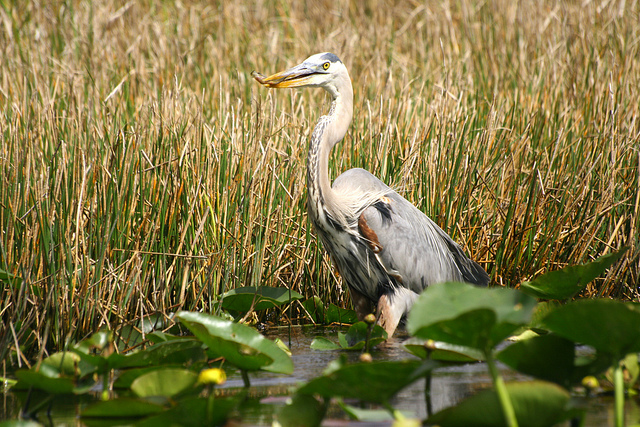 The Everglades in Southern California are the largest tropical wilderness in the USA and home to the largest mangroves system in the western hemisphere. This network of wetlands and forest, cut through by a river flowing so slowly that you hardly notice its movement, is an important breeding ground for birds, a paradise for reptiles and houses up to 800 species of vertebrates.

Its countless varieties of water habitats make it a Wetland of International Importance. Also having the status as International Biosphere Reserve and a World Heritage Site, it is one of three places that can be found on all of these lists.

Since the middle of the 20th century, when the water of the Everglades still could flow freely from Lake Okeechobee all the way to the south, drainage and water diversion from the feeder system are the greatest threats to the park, which was established in 1934.

The variety of the water habitats is seriously endangered. Due to the low water levels fire can occur and spread easily during dry season. On the other side, continuous rise of the ocean level will slowly but steadily turn the freshwater of the Everglades in to saltwater.

Bordering settlements are expanding and it is only a matter of time, till they will try to infringe on the area of the national park.

So hurry and visit the Everglades National Park as long as you still can experience it in its full beauty and diversity! Virunga National Park in the Democratic Republic of the Congo is unique with its chain of active volcanoes and a higher biodiversity than any other park in Africa. You can watch forest elephants, mountain gorillas and chimpanzees and walk through savannahs, wetlands, mountain ranges and glaciers.

A World Heritage Site since 1979, the park had some ups and downs throughout its history. Founded in 1925 by the Belgian king, it was the first national park in Africa and protection efforts and tourism went well in the beginning. After the independence of Congo though, things spiraled downwards due to political and economical instabilities. Only in the early 70s, President Mobutu put a lot of effort in the redevelopment of the park, which was well taken care of for the next years.

In the 80s serious problems emerged again, when the regime lost its power and the country including its national parks vanished in chaos. Poaching, destruction of the infrastructure and the forest, murder of park rangers and a invasion of armed forces lead to the almost complete destruction of the park.

The situation has been steadily improving over the last years, but in spring 2015, the government has announced plans to change the borders of the park to allow oil exploration. Which impact humanity’s unsatisfiable hunger for oil will have on the park is not clear yet, but it will definitely not be a good one. The parks boast with about 10000 different species of plants as well as an incredible variety of wildlife. They are also places of superlatives, since not only the world’s largest flower (Rafflesia arnoldii), but also the world’s tallest flower (Amorphophallus titanum) can be admired there.  You can also watch orang-utans swing through the crowns of the trees or Sumatran tigers roaming through the bushes.

But the parks are not just idyllic, they are also seriously endangered. Continuous road constructions cut into the wilderness and break apart the ecosystems. They also facilitate poaching and illegal lodging, since it becomes easier and easier to get deep into the parks. The government and the park administration lack the strength to proceed against the threats and to enforce the already existing laws.

So take your chance and get the real jungle experience as long as you still can! 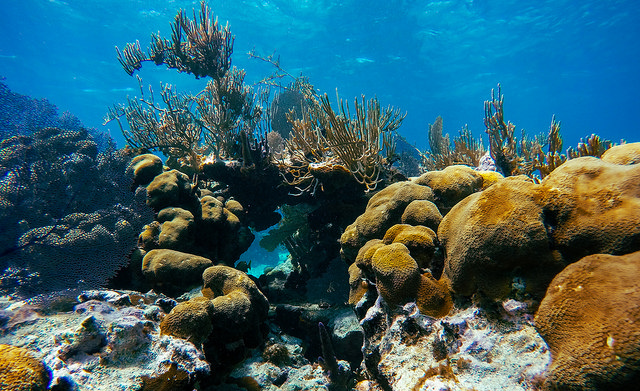 Corals under water. Photo by yeti-legs.

This 300 km long World Heritage Site is part of the greater Mesoamerican Reef System, the second largest reef system in the world, after the Great Barrier Reef. It consist out of several nature reserves and national parks, among them the Bacalar Chico National Park and the Laughing Bird Caye National Park.

With about 100 species of corals, 500 fish species and countless invertebrates and an scientific estimate, that only about 10% of all of the reef’s species have been discovered yet,  it boasts with an incredible abundance of species. And if you are lucky, you even get to watch marine turtles and American marine crocodiles.

As versatile this ecosystem is, as vulnerable it is. Corals are sensitive species that can react to stress with the so called coral bleaching. During this process, the corals, who live on chalk bed in symbiosis with certain species of algae, expulse them and with that lose their color and are prone to starve. Triggers can be water pollution or a change of the water temperature. According to scientists, there have been several mass bleaching event in the last 20 years, probably due to an increasing number of hurricanes and the climate change caused increase of the water temperature.

Within less than 30 years, almost half of the reef has been damaged. 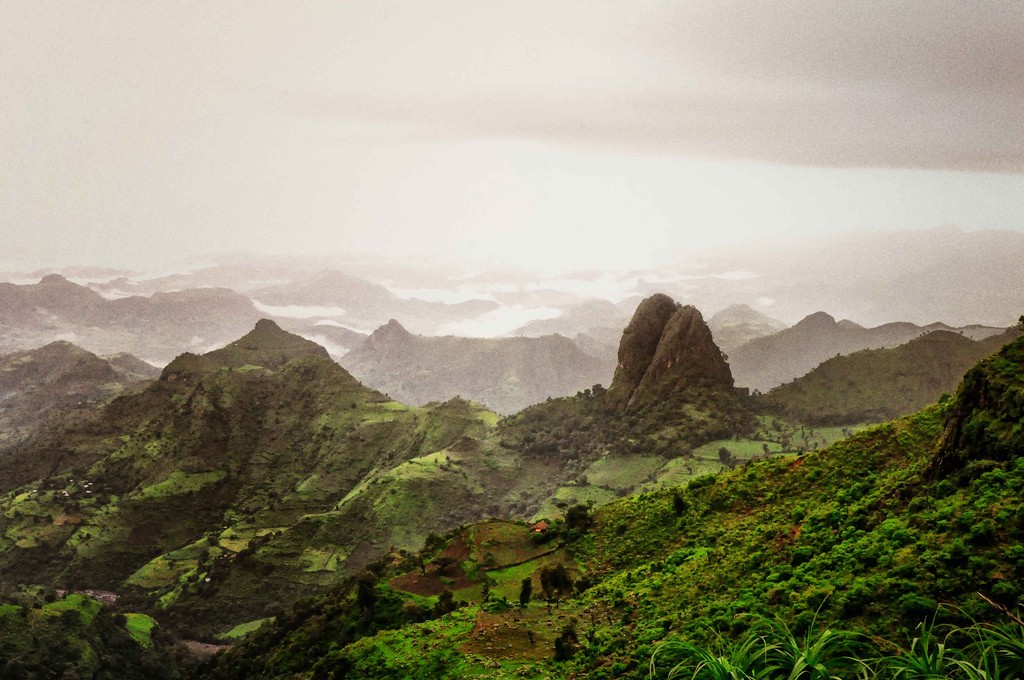 On the northern edge of the Ethiopian Plateau, there is Ethiopia’s highest point and the Simien Mountains National Park. The spectacular landscape with its towering mountains, deep valleys and cliffs up to 1500 m high and 35 km long was formed over millennia through erosion.

In the afro-alpine woods, the forests and the montane moorland you can find several extremely rare species, like the Ethiopian wolf, considered as the rarest canine species in the world, the walia ibex, a mountain goat that can only be found here and the gelade baboon.

One of the earliest World Heritage Sites already since 1979, the national park has been under human use from the beginning, which now turns out to be a serious threat to its biodiversity. Since 1996, there is a constant decline in the populations of the characteristic species, migrating to other regions, for which one reason certainly is the human settlements and the high number of domestic stock.

If you love goats and want to see an extraordinary species, this is the place for you and you should not lose any time!

Liked this article? Looking for the latest in travel and adventure news? Then check out the rest of our articles at Adventure Herald. You can also like us on Facebook, follow us on Twitter or Instagram to keep up with our latest antics.
Tag adventure travel adventurea belize Democratic Republic of the Congo ethiopia indonesia national park travel travel tips UNESCO World Heritage Site USA