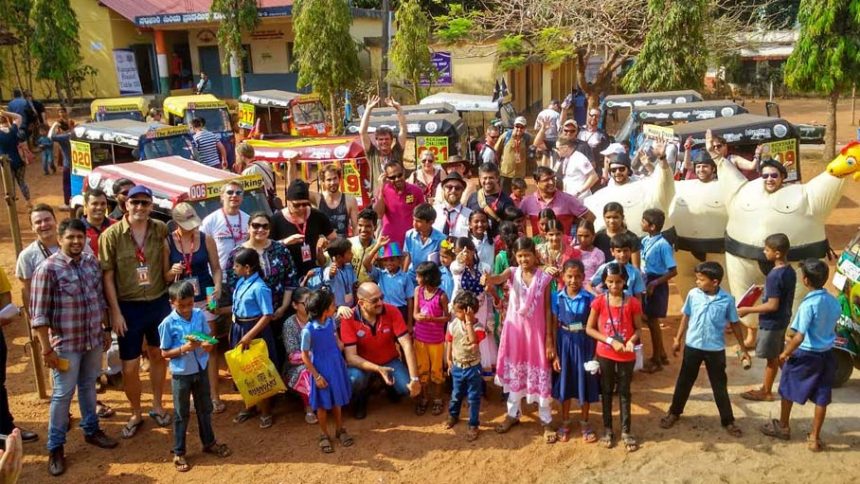 Rickshaw Challenge Charity Organizations kept making the children of south India happy as the participants of the Malabar Rampage 2016 visited a state school in Mangalore.

The challenge of the 6th Day of the Malabar Rampage 2016 was more like fun for the participants as they visited a stated school in Mangalore today. The visit of the Rickshaw Challenge Malabar Rampage 2016 participants was special for the children and the teachers of a state school in Kadri. The daredevil auto-rickshaw racers gave presents to the local kids and enjoyed small rickshaw rides in the garden of the school. 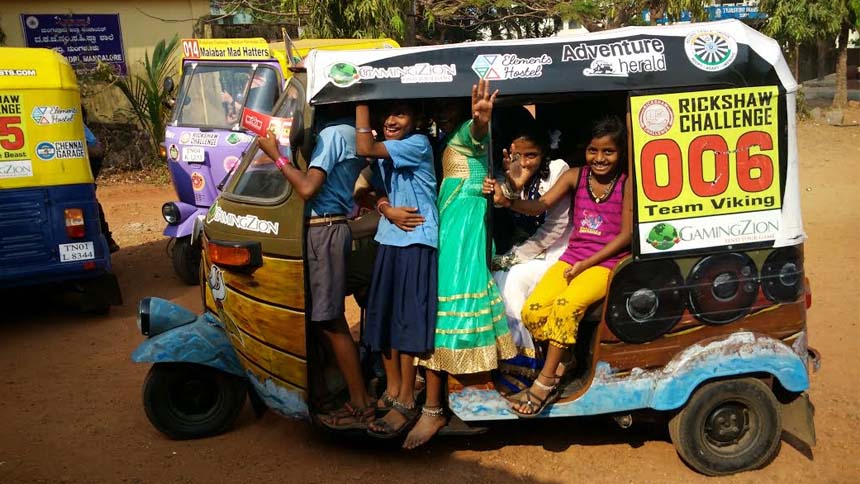 Their visit was particularly important for the kids since they were happy for having people from all over the world at their school. Interacting with 38 international Rickshaw Challenge participants and 18 colorful auto-rickshaws were definitely an interesting experience for the children.

The Rickshaw Challenge charity works are planned and executed in cooperation with the Round Table India. The RTI is a young men’s club which consists of successful businessman and professionals. They organize charity events all over India. The Rickshaw Challenge organizers, the Travel Scientists, have embarked on a journey to aid Madras Midtown Round Table 42 under the program of Freedom Through Education. 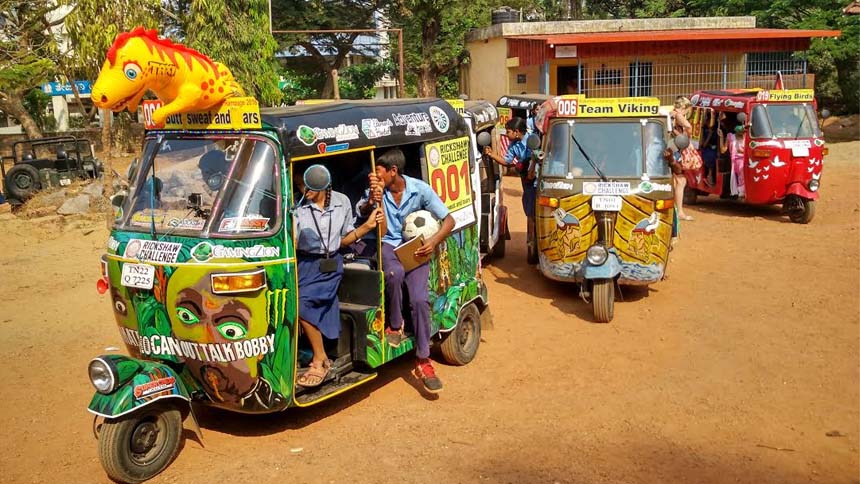 After giving their presents to the children, the participants enjoyed rickshaw rides together before they took photos to remember these exhilarating moments for the rest of their lives.

Once the program was over, they bid farewell to the friendly children of Kadri and set off toward Murudeshaw. The bumpy and mysterious roads of Karnataka will take the racers to their destination for 170 km along the Malabar Coast.

As the racers are not in Kerala anymore, a different culture and different hidden beauties are waiting for them to explore in Karnataka.

Liked this article? Looking for the latest in travel and adventure news? Then check out the rest of our articles at Adventure Herald. You can also like us on Facebook, follow us on Twitter or Instagram to keep up with our latest antics.
Tag adventure travel in adventure travel in India charity organizations in india Malabar Rampage 2016 rickshaw challenge charity Rickshaw Challenge Classic Run rickshaw rally in india round table india tuk tuk rally