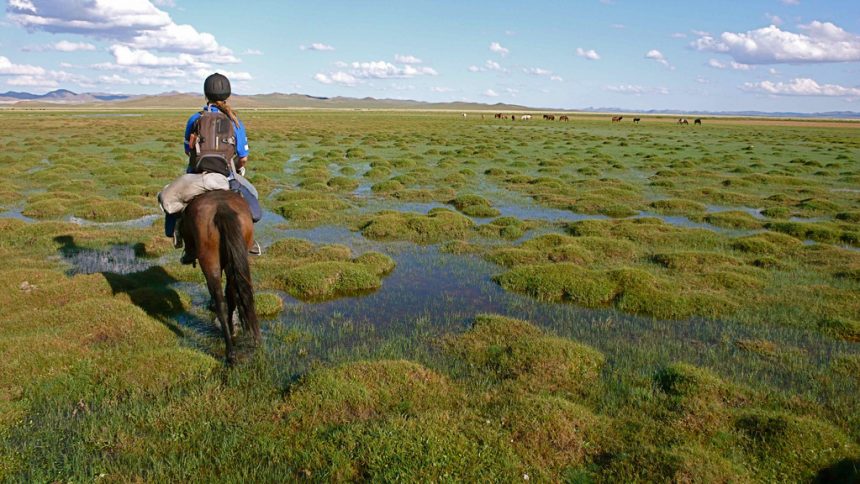 The South African Byeronie Epstein has won the Mongol Derby 2015, the world’s longest and toughest horse race, after only 7 days with a lead of 30 seconds.

The Mongol Derby, which started on 5 August, is an equestrian endurance race over 1000 km. The race course goes along the old Mongol post route, the world’s first long distance postal system. It was established by Genghis Khan and played a crucial part in the development of his empire, which was meant to become the largest contiguous empire in the world. 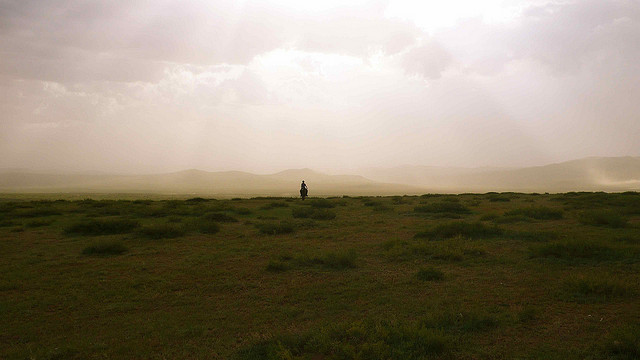 Over 1000 km 37 riders, from professionals to amateurs, competed for the victory, but only 34 made it to the finish line. They rode up to 12 hours a day, each of them overall on 25 different semi-wild Mongolian horses, which compared to western riding horses are unpredictable and stubborn on the one side, but on the other side unbeatable on all kinds of difficult terrain.

Byeronie Epstein has checked in the fastest at the last of the 25 horse stations and won the race just seconds ahead of Elise Poitrinal.

The participants were hosted by local nomadic families and camped in the wild to save time. They raced through remote landscapes far from streets and cities, across countless different terrains from deserts to swamps and were exposed to the elements and the weather. They suffered injuries and were treated for dehydration on especially hot days, only to experience hypothermia just a few days later. 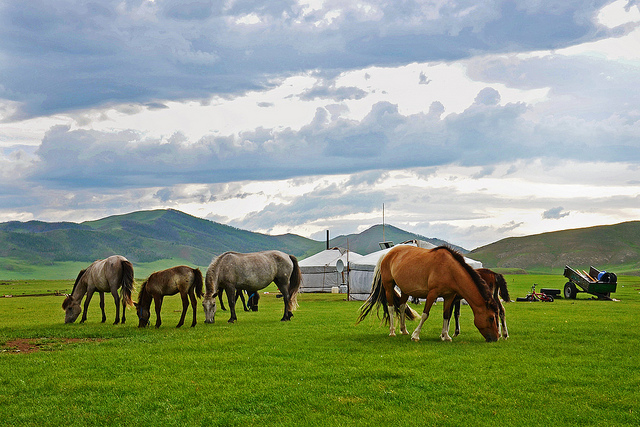 To win this race, participants don’t only need to be talented riders, they also need a wide array of survival skills, in order to make it across the Mongolian back countries without marked pathways.

And besides of all the physical challenges, riders also need to adhere to the derby’s rigorous rules, not to risk any penalties.

This race is draining body and soul of strength like no other, but all participants would wholeheartedly agree, that this amazing adventure is worth every sacrifice, every scar and all the pain and exhaustion.

The first Mongol Derby took place in 2009 and since then it is a yearly event. Are you ready for this adventure in 2016?

Liked this article? Looking for the latest in travel and adventure news? Then check out the rest of our articles at Adventure Herald. You can also like us on Facebook, follow us on Twitter or Instagram to keep up with our latest antics.
Tag adventure adventure travel animal power equestrian adventure horseriding horses mongol derby mongolia travel