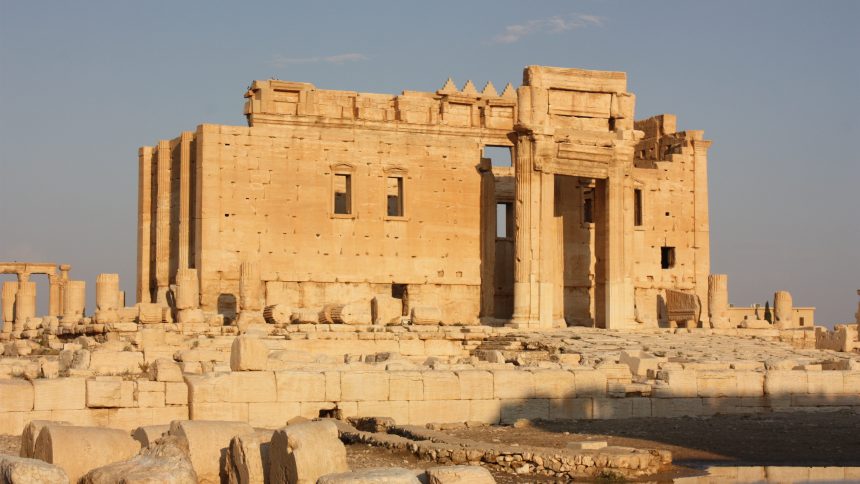 Satellite images obtained by the United Nations revealed that the remains of an ancient temple in the UNESCO World Heritage Site of Syria Palmyra were destroyed by the ISIS militants.

Before the UN satellite images proved the destruction of the Temple of Bel, the head of the Syrian Department of Antiquities and Museums Maamoun Abdul Karim claimed that despite of the large explosion which took place in the site, the temple was believed to be intact. However, it has been proved that the ISIS militants keep performing their systematical destruction of the ancient monuments of Iraq and Syria under the pretext of removing heretical symbols.

It is a known fact that the ISIS militants put forth their religious claims in order to hide their primary aims such as funding their warfare through selling the historical artifacts that they remove from the ancient sites of Syria and Iraq.

The ancient city of Palmyra is situated in the north east of the Syrian capital Damascus. The nearby towns witness conflicts constantly.

Earlier in August, the militants killed the chief archaeologist of Palmyra, 81-year-old Khaled al-Asaad after he refused to reveal the location of the treasures which were taken from Palmyra.

The authorities and the locals are worried about the destruction of the rest of the site as the militants prepare to turn the two-millennia-old ancient monuments into dust.

Liked this article? Looking for the latest in travel and adventure news? Then check out the rest of our articles at Adventure Herald. You can also like us on Facebook, follow us on Twitter or Instagram to keep up with our latest antics.
Tag damascus endangered world heritage sites ISIS Khaled al-Asaad Maamoun Abdul Karim palmyra syria Syrian Civil War Syrian Department of Antiquities and Museums Temple of Baalshamin Temple of Bel UNESCO World Heritage Site United Nations