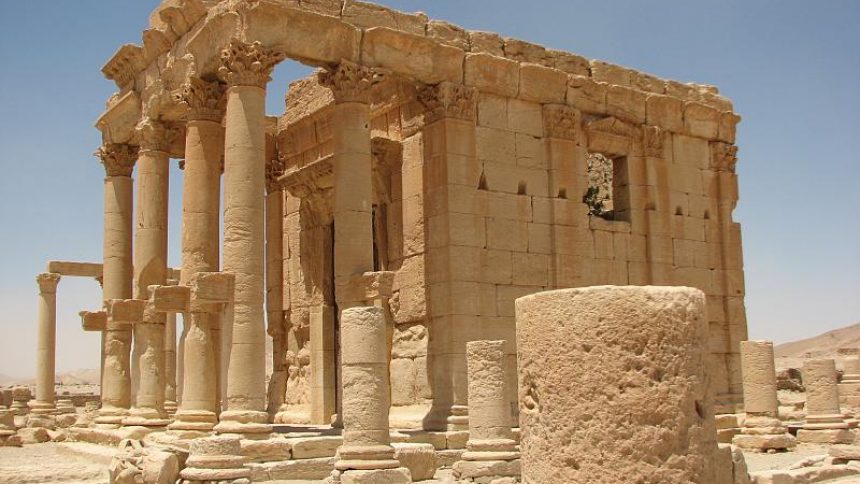 Another important remnant of antique culture has been destroyed by ISIS. The group has allegedly detonated a huge amount of explosives in the Temple of Baalshamin in Syria’s ancient oasis city of Palmyra, which lead to the destruction of the temple’s inner area and the collapse of the outer columns.

The country’s descent into chaos makes it difficult to determine the exact time of the destruction. While some sources report, that it happened only yesterday, others assume that the temple has already been blown up about a month ago.

The UNESCO World Heritage Site Palmyra is an ancient semitic city in Syria, which first has been mentioned in the early second millennium BC. As stop for caravans traveling through the Syrian desert, it was an important metropolis by the 3rd century AD.

Before turning Christian and later Muslim, the sky god Baalshamin or just Ba’al was one of the gods worshiped in Palmyra. His temple was built in 17 AD and before its destruction, it might well have been the best preserved monument in the archaeological site.

Palmyra is under ISIS’s control since 21 May and the group has already done severe damage to the historical site before, destroying the Lion Statue of Athena. Statues, grave markers and generally religious shrines are considered as idolatrous by the radical group. The destruction of ancient monuments has been accompanied by mass executions in the city’s Roman amphitheater. Also Palmyra’s chief archaeologist has recently been decapitated after being Director of Antiquities and the Museum for 40 years, when he refused to give away the location of the city’s ancient treasures

Even if it is not clear yet, when exactly the temple of Baalshamin has been destroyed, we know for sure, that humanity has lost another great monument of its cultural heritage and an amazing, educational travel destination.

Liked this article? Looking for the latest in travel and adventure news? Then check out the rest of our articles at Adventure Herald. You can also like us on Facebook, follow us on Twitter or Instagram to keep up with our latest antics.
Tag middle east news palmyra syria travel news UNESCO UNESCO World Heritage