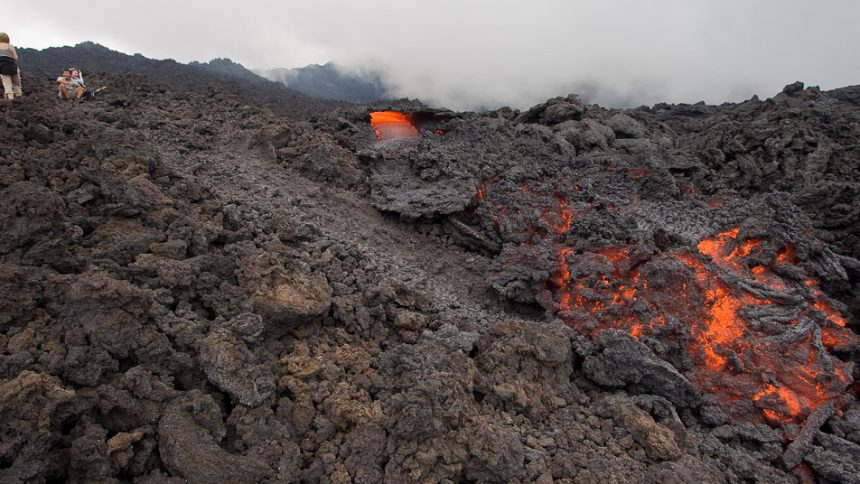 8 Famous Volcanos You Can Climb

Volcanos can be equal parts brutal and beautiful, and some of the world’s most active volcanos are open to climbers. While they might not be frothing molten red lava during your climb, there’s always that feeling that at any moment the ground you’re walking on could erupt right underneath you. Don’t worry it probably won’t though, as it’s like to be closed to climbers if there were any life-threatening volcanic activity. So if you’re ready to go on a somewhat risky adventure, here are some of the world’s most famous volcanos you can climb. 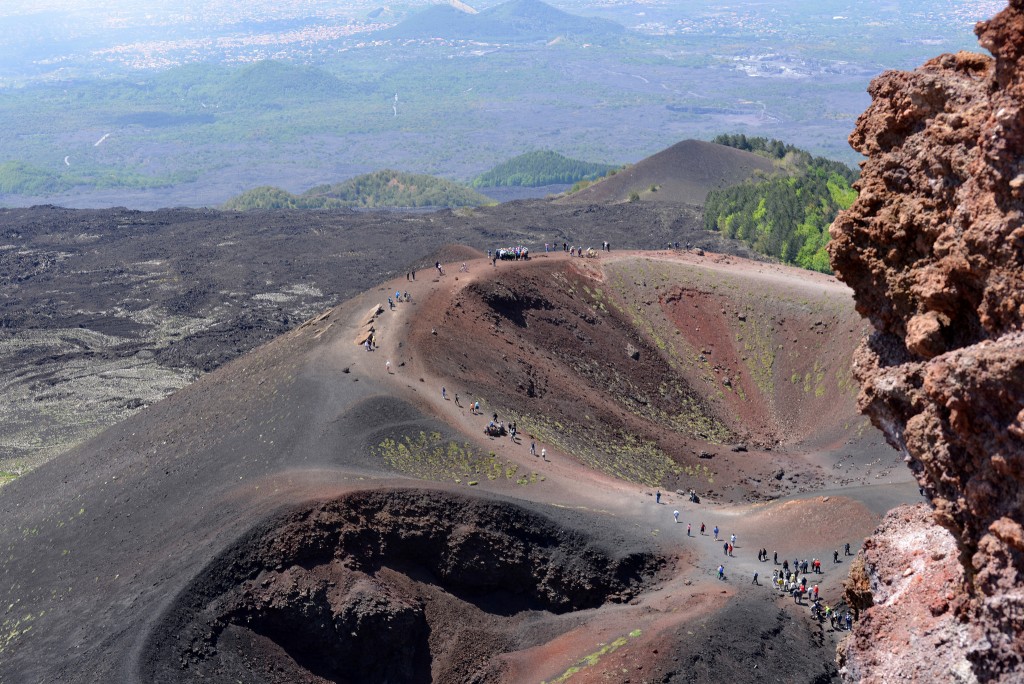 Located on the island of Sicily, Etna is one of the world’s most famous – and active – volcanos. From the base there are two ways up the volcano, one is by cable car, the other is – of course – on foot! The landscape is very sparse with dark coloured earth – you could be forgiven for thinking you’ve landed on another planet. Walking up will take several hours, but there are some shuttle buses as well. The view from the top is well worth the hike though – provided the summit isn’t shrouded in cloud. See frozen lava flow, as well as steam rising from smaller craters. It’s not necessary to go to the complete top for a feel for the power of this volcano. Because this is a live volcano, guides are necessary to go to the more active and larger craters. 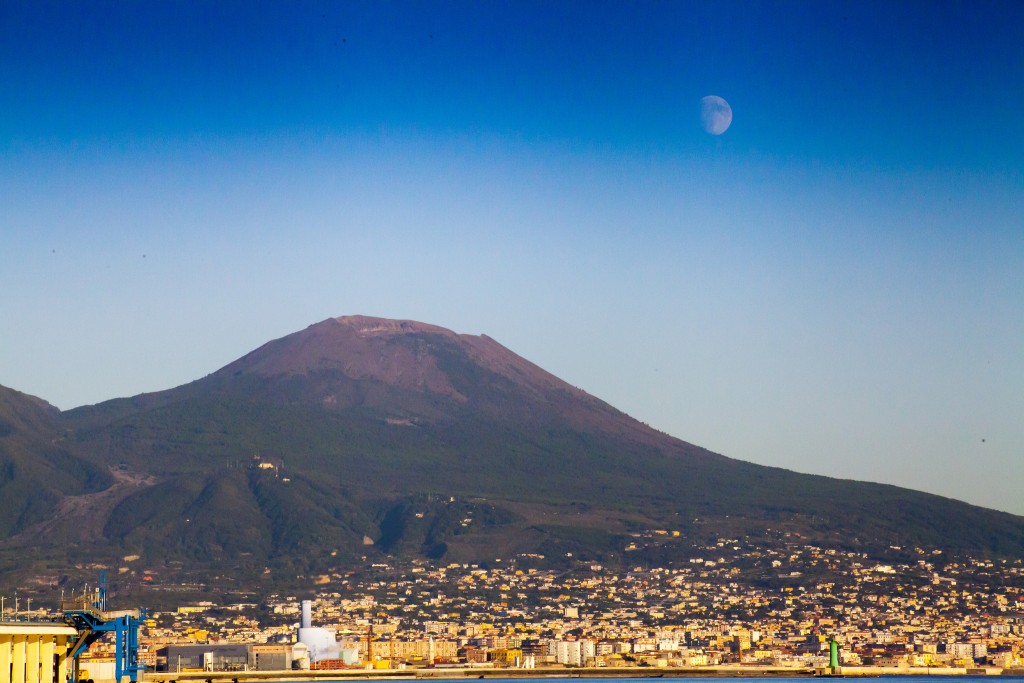 Mount Vesuvius is most famous for the eruption that covered Pompeii and Herculaneum, preserving the old city from 79AD as they were buried under meters of ash and molten pumice. Other than the attractions of Pompeii and Herculaneum, a hike up Vesuvius is a must if you’re in the Naples region. There are buses that take you much of the way up Vesuvius, but the last 200 meters you can walk. This is a dangerous active volcano because it’s overdue for an eruption, of course it’s not at all unsafe to visit because if there were any imminent large eruption the site would be closed to tourists. Make sure you take some warmer clothes as, as with Etna, it’s much chillier at the summit than down at sea level. Overall, Vesuvius is considered one of the world’s most dangerous volcanoes because of its proximity to the millions of people living just underneath it in Naples – as you can see in the image above.

If you’re on a volcano odyssey in Italy, and you’ve climbed Etna and Vesuvius, head to the island of Stromboli to see the third active volcano in Italy. 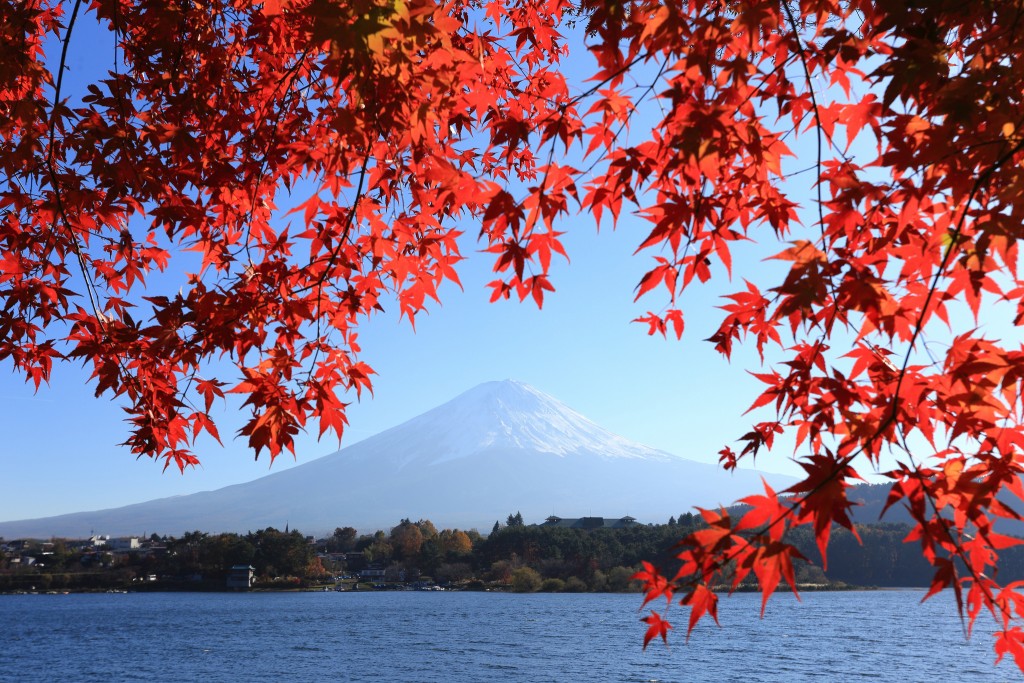 Mount Fuji is an attractive destination for those wanting to climb the highest peak in Japan. Rising seemingly out of nowhere it’s one of the most famous symbols of Japan, probably following the cherry blossoms and sushi! The most popular time of year to climb Fuji is July to September, when there are huts offering refreshments. During winter the peak at 3776 meters above sea level is often snow-capped. While the climb itself is not overly challenging, there are some steep sections and the air is considerably thinner at the higher altitude. Most climbers want to be at the summit for sunrise, meaning they start the climb the night before, spend a few hours resting in one of the huts, and continue on early the next morning to enjoy the view. However, if you’re going more to explore the volcanic scenes, it can be done in a day-trip too. If this has tickled your interested, we included Mount Fuji in our recent article on impressive mountains you can climb. 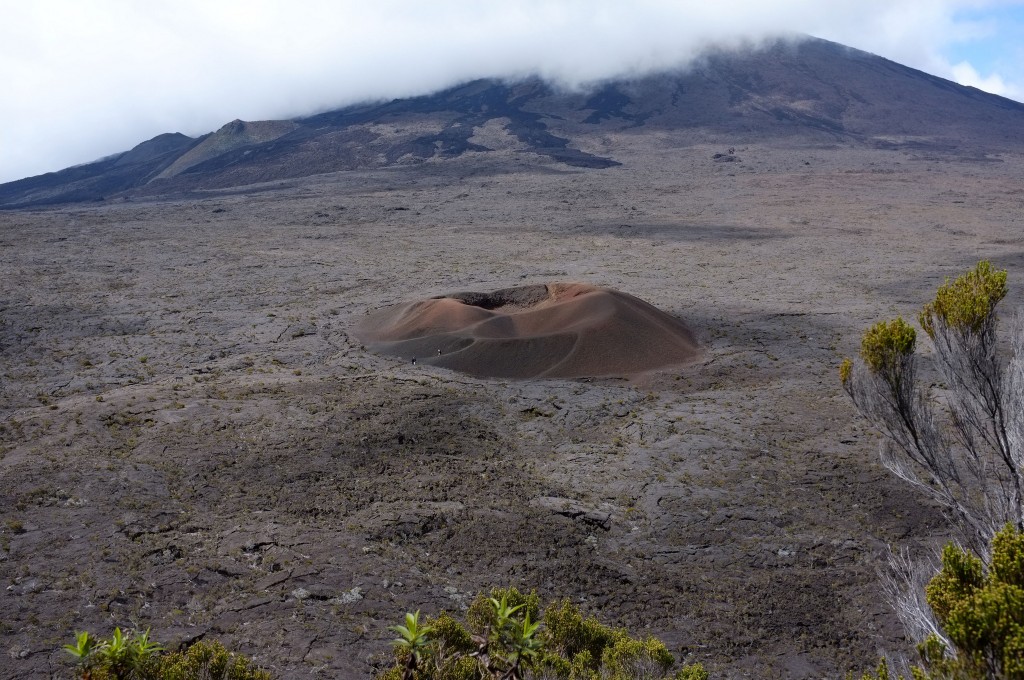 Who knew France had a volcano? Well, on the French island of Réunion in the Indian Ocean, you’ll find the “Peak of the Furnace.”  It also happens to be one of the world’s most active volcanos (alongside Stromboli, Etna and Kīlauea). It’s erupted as recently as the 2000s spewing up molten lava, but don’t worry there is consistent monitoring of any impending major volcanic activity. It’s a major tourist attraction on the island and with good reason. There’s a path and stairs showing the way, and you can even walk insider the caldera (a large crater) of the volcano, but you should be careful not to stray from the track. 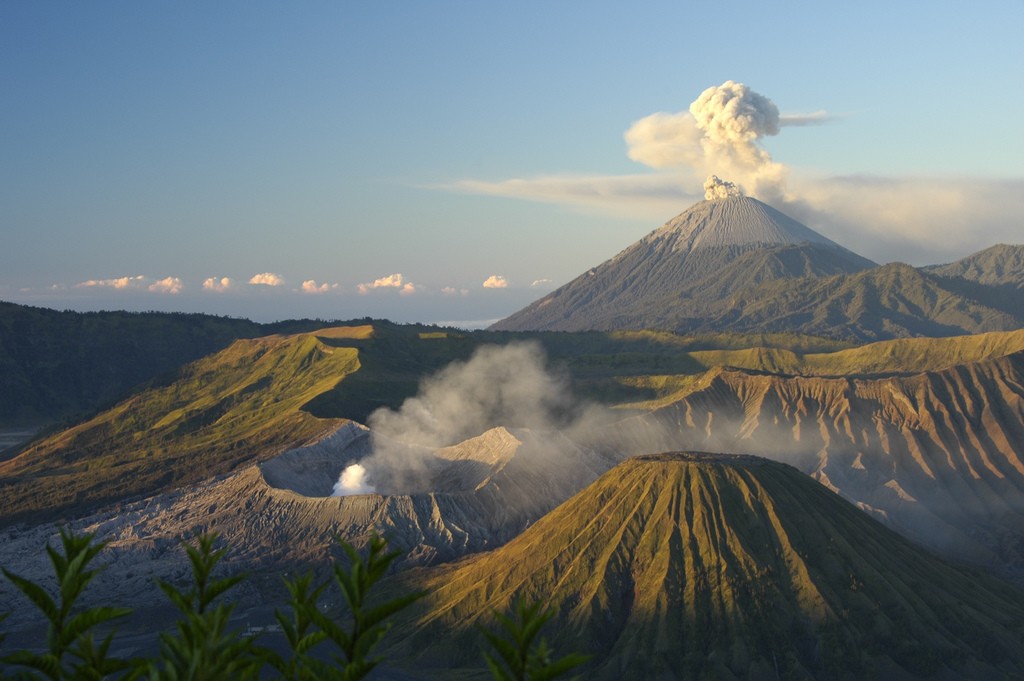 On the island of Java lies Mount Bromo, one of the top tourist attractions of Indonesia. You can do this on a tour or solo, we recommend climbing Mount Penanjakan next door ahead of sunrise so you can watch the sun rise over Bromo, before walking over the so-called “sea of sand” to Bromo itself. Remember there will be many tourists joining you so come prepared for this. Also remember, that some sections are closed off due to volcanic activity so either go on a tour or follow the suggested route carefully. 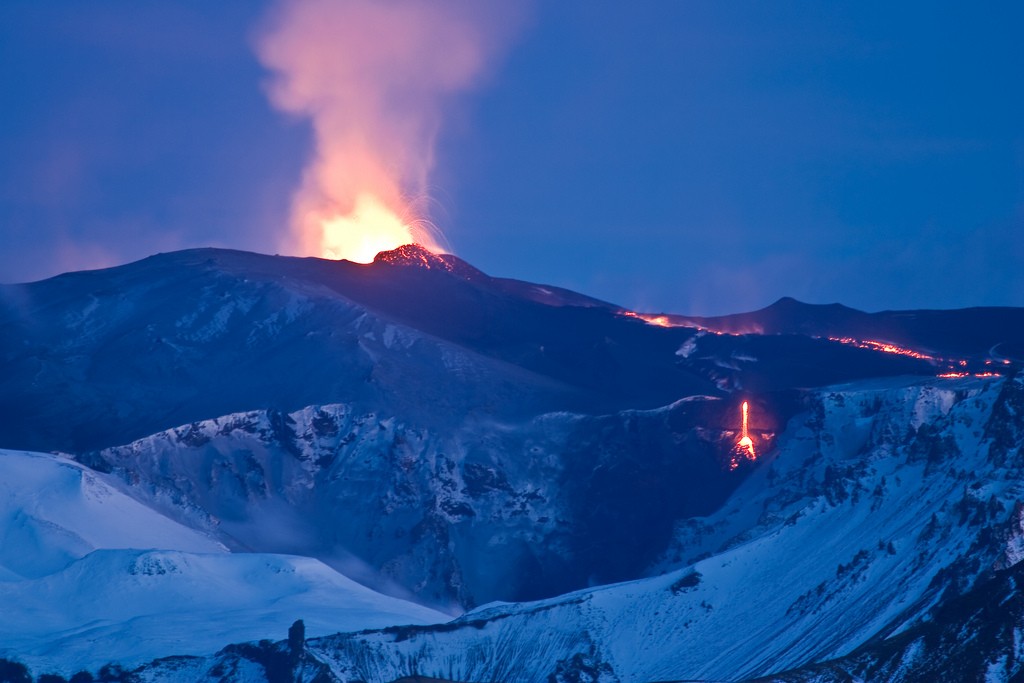 Impossible to pronounce, but who can forget the 2010 eruption of Eyjafjallajökull that wreaked havoc with flight schedules around the world for weeks as the immense ash cloud made flying planes in large swathes of Europe impossible. This stratovolcano is completely covered by an ice cap, and the weather can be unforgiving. The so-called Lava Hike is about a half-day trip and includes a jeep ride plus a walk around a number of craters, where you can also see the flow of lava. Of course some areas are off-limits if they are unsafe, and if weather is bad you might have to turn back for safety reasons. However, if you decide to go on a glacier and volcano tour the ascent can be 8 to 10 hours up, with the total walking time up to 12 hours. 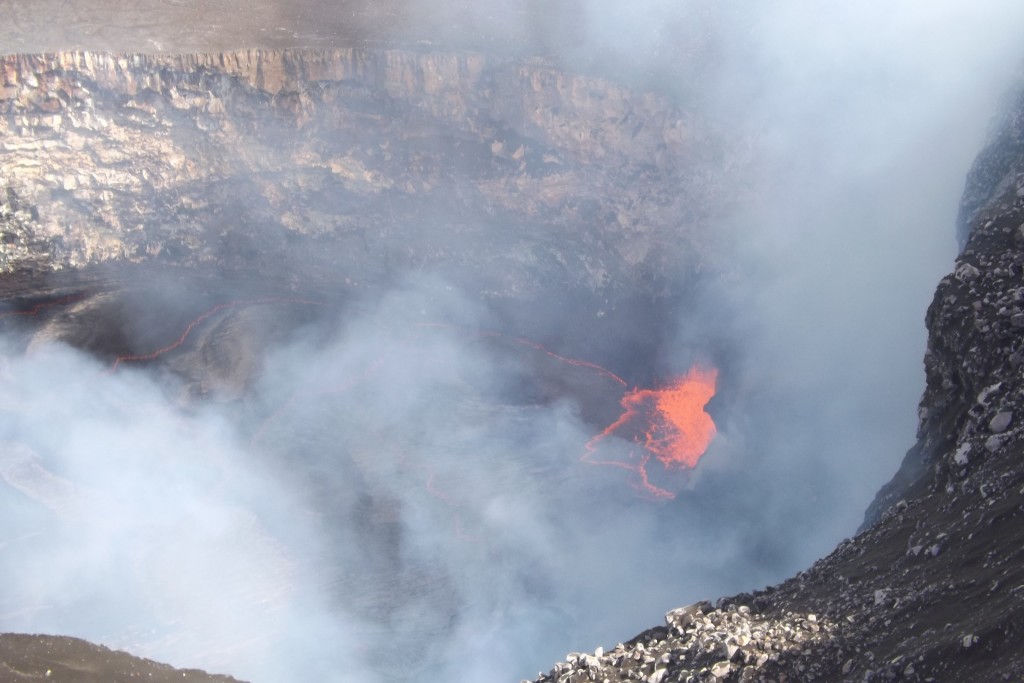 One of the world’s most active and dangerous volcanos is undoubtedly Kīlauea on the United States island of Hawaii. Many expect to come and see red lava bursting into the sky or rivers of lava flowing into the ocean. While you might get lucky – depending on the lava flow – and be able to walk alongside some flowing lava, it’s more likely you’ll see it off in the distance. Lava is almost constantly dribbling down the side of the volcano and your best bet of seeing flowing lava is along the Chain of the Craters Road. Make sure your take binoculars to see lava flowing in the distance! It’s safe if you follow the rules, but people die each year. For example, there are deep vents (like crevasses in glaciers) and people have fallen tens of meters down, also freshly cooled lava flow is quite unstable so it’s important to follow a guide or established routes. 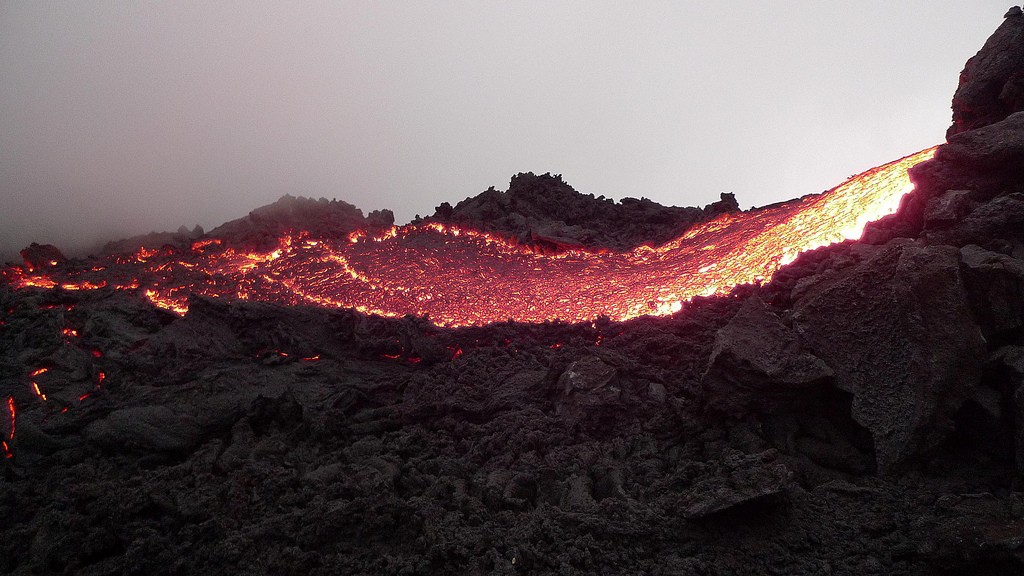 Photo By: Beth and Anth

Since 1965 when there was a massive Pacaya, it has been erupting ever since. It’s located near Guatemala City and Antigua, and many tours leave morning and afternoon from Antigua. There’s about a two hour walk through fields before the terrain turns to lava rock and ash. The last half hour of descent up the black rocks is a little harder, and possibly more-so because now you’re hopefully able to see molten hot lava flow around you and under you as you walk. This is a pretty great experience because some hikers are known to roast marshmallows or even sausages on the lava flow! Pretty cool, huh?