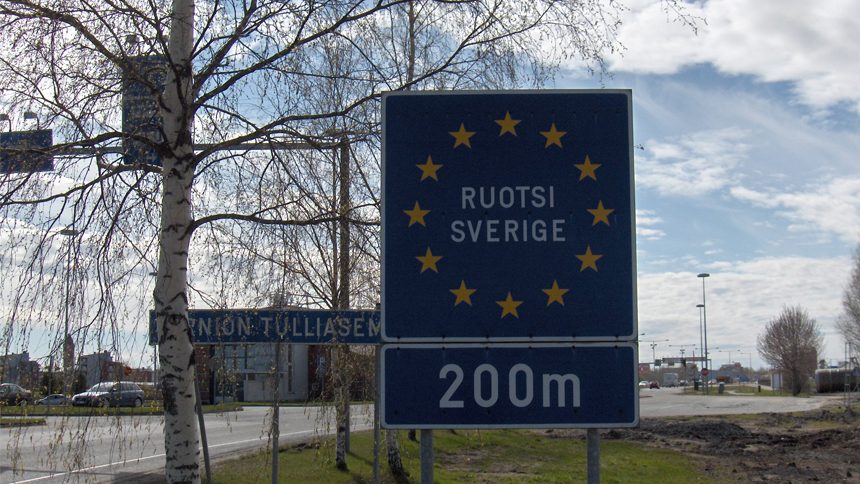 The Nordic nation of Sweden, which was so far very generous to the hundreds of thousands of refugees travelling to Europe in search of shelter, has finally changed its mind. After taking in refugees from Syria, Iraq, Afghanistan and some countries of Africa throughout 2015, Sweden to impose temporary border control from the noon of Thursday, November 12.

This decision has come following Sweden’s policy that came into effect three weeks ago to offer the refugees temporary residence permit instead of the standard permanent one. Other than Germany, Sweden is till now the country to receive the highest number of refugees from the war-torn countries, which is estimated to be around 200,000 at the end of this year.

The announcement came after a meeting between leaders from Europe and Africa in the summit at Valletta on the island of Malta. The Interior Minister of Sweden, Anders Ygeman, said in a press conference in Stockholm that the influx has started affecting public order in their country. He stated that their goal is not to limit the passage of refugees, rather to get a grip on the overall situation which is currently somewhat out of control. The government has recently involved the army in the migration process to help the struggling civilian administration.

Sweden is going to impose ID check on the border as well. The temporary border control of 10 days, which may later extend to 20 days, is preceded by border controls imposed by Germany, Austria, and France in the last few months. Whether the move means to stop refugees at the border from crossing the country for another country, or to prevent them from seeking asylum in Sweden, or to turn them around – is not clear yet.

The border controls will be applicable to the Öresund Bridge and the ferry terminals in southern Sweden for the time being. As the bridge is regularly used for commuting between Sweden and Denmark, the dimension to which this border control is going to affect travelers who are on a road trip around that region is not known yet.

Till now, most EU countries used to adhere to the Schengen Agreement of open border controls where travelers did not even need to show their passport while crossing the border. However, the agreement permitted a state to impose border control in case of severe “public policy or internal security” issues.

The Swedish Prime Minister, Stefan Lofven, has said that as Sweden has played its part in being generous to the refugees to its utmost capacity, all of the EU countries need to step in to share their responsibility for keeping pressure off from one or two countries.

On the other hand, Denmark, the country which is mostly used by refugees as a passage to Sweden, said that they are going to restrict refugees from using the country as a transit to Sweden. However, they will not prevent them from seeking asylum in Denmark, according to Danish Prime Minister Lars Løkke Rasmussen.

As it is apparent that EU may resort to being more and more stringent on its border control policies, not only refugees but also adventure travelers now have something to worry about since the Schengen area is undoubtedly a heaven for those who do not want bureaucratic issues to affect their penchant for travelling.

Liked this article? Looking for the latest in travel and adventure news? Then check out the rest of our articles at Adventure Herald. You can also like us on Facebook, follow us on Twitter or Instagram to keep up with our latest antics.
Tag dublin II regulations massive refugee influx in europe refugee crisis refugee crisis in europe Schengen Agreement sweden border control sweden to suspend schengen agreement