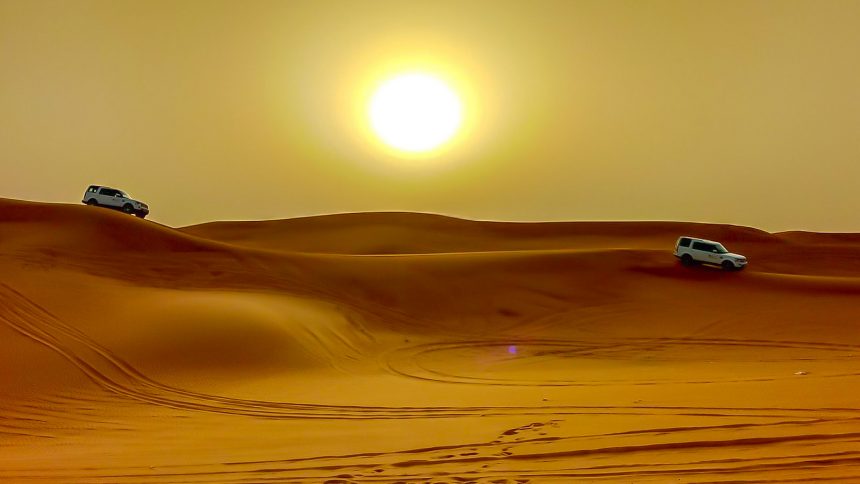 3 Desert Adventures That Should Be on Everybody’s Bucket List

Do you love extremes? Do you enjoy the sight of endless sand dunes, rock formations and vast spaces? If you are not scared of loneliness and being far from every sign of civilization, then remember your basic survival skills and get ready for your desert adventure! 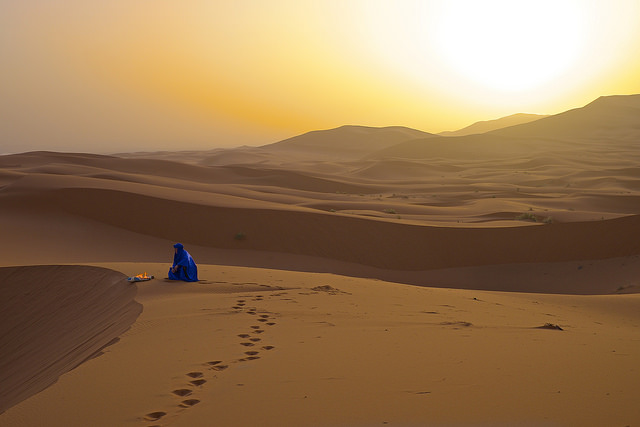 The world’s largest non-arctic desert has always sparked human imagination and challenged men, who needed to find a route to cross this huge obstacle on the way from Northern Africa to the south of the continent. About 9.400.000 km² of barren, rocky plateaus and some sand dunes which can get over 180 m high, on a length of 4800 km and a width of 1800 km, stretch across Algeria, Chad, Egypt, Libya, Mali, Mauritania, Morocco, Niger, Sudan and Tunisia.

The sky over the Sahara is always clear, nowhere a cloud the sun could hide behind. Thus the temperatures in summer are on average 38-40° C, while the sand temperature can easily reach above 80° C.

There are still signs of ancient population from before the desertification of the Sahara, when the people in Nubia played an important role in the agricultural revolution. But even now this giant oven is not completely empty. Many different tribes have adapted to the extreme living conditions and either settled down at the Sahara’s edge or in oases, mainly along the 4 old caravan routes through the desert, while the Berber people, the most famous of them the Tuareg, live nomadically.

Due to the ongoing political tensions in the area, the various necessary visas and the huge amounts of equipment, traveling the full length of the Sahara is rather difficult. Even the Rally Dakar, which used to cross the Sahara from north to south, has been moved to South America, to avoid the high risk.

However, Morocco, Egypt and Tunisia are still good starting points for day tours or trips up to two weeks through the Sahara. Tours are offered by jeep and, for the ones who seek a more extreme adventure, by camel. 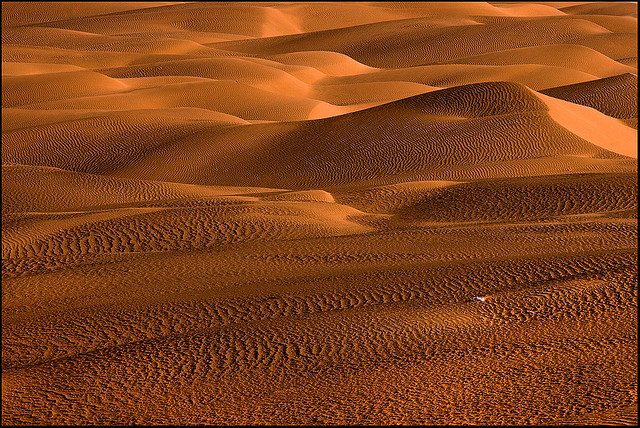 The Taklamakan in Southwest China with its shifting sand dunes, also called the Sea of Death, has already swallowed many a traveler searching for long lost cities and never spit him out again. Its 337.000 km², 1000 km in length and 400 km in width, are surrounded by high mountain ranges on three side and it borders the Gobi Desert in the east.

The Taklamakan has a cold desert climate, with freezing winter temperatures up to -20° C and warm summers, averaging 25 ° C in July. It is infamous for the karaburan, a spring and winter wind from Central Asia, that can cause huge sandstorms, raise dust several kilometers high and darken the sky.

At the northern and the southern edge, there are two branches of the ancient Silk Road, but caravans did their best not to venture further into the desert, to avoid its extremely hostile conditions.

The scientific exploration got going only in the late 19th century. Early European explorers brought back artifacts from forgotten Buddhist civilizations and sparked much interest in the area. Finally the desert was crossed on its full length in 1993, by a British and Chinese explorer. Only modern equipment like GPS has made this possible.

Recently, a desert highway has been finished and turned the dangerous desert crossing into a piece of cake, compared to before. Now you can cross from Hotan in the south to Luntai in the north just in a matter of hours.

The true adventurer, of course, regards this as cheating. Thankfully there are still some tours offered by camel and on foot, if not for a complete crossing, it are at least tours for several days. Who wants more comfort can do a jeep tour of two weeks with a lot of breaks for sightseeing. 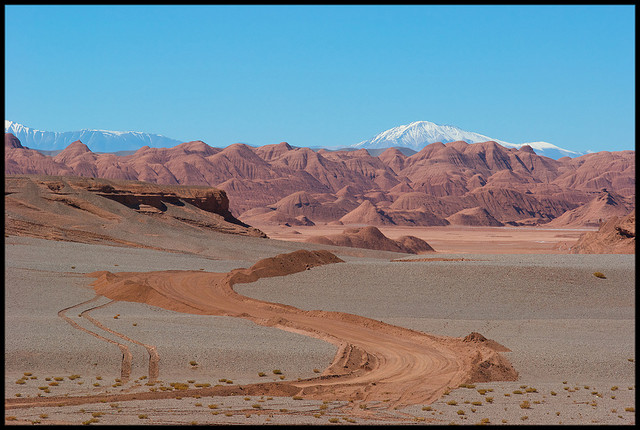 The Atacama Desert is a narrow, 1000 km long desert stripe in the west of South America stretching across Chile, Peru, Bolivia and Argentina. It is the driest non-polar desert in the world, even though the temperatures are rather pleasant till cold compared with others. In winter (from June to August) the average temperature is around 22 ° C, with cold nights at around 4 ° C, while in summer the days are  just a little warmer with 27° C and the nights with 16° C much more pleasant.

With its 105.000 km ² of stony terrain, salt lakes and sand, it might be the oldest desert of the earth, experiencing extreme aridity for more than 3 million years. The Andes in the east and the Chilean Coast Range prevent any moisture from reaching the Atacama Desert. Despite this hostile environment, a broad variety of adapted plant species has found a home there.

But also men have settled in the Atacama for millennia. The most advanced Pre-Columbian societies have been found in Chile, while during the Spanish reign from the 16th to the 18th century coastal cities flourished.

The Atacama is rich in copper, gold and other metallic and non-metallic minerals, leading to an intense mining industry and during the 20th century to conflicts over water resources.

Due to its high altitude with mountains over 6000m, the dry air, the few settlements and thus hardly existing light pollution, the Atacama desert is one of the best places in the world for astronomical observatories or to just spend a night with a warm sleeping bag under a blanket of stars.

There are various sportive challenges waiting for adventurers in the Atacama Desert. As part of the 4 Deserts Race Series, otherwise known as the ultimate test of human endurance, participants cross the Atacama by foot. Also the route of the Rally Dakar, in South America since 2010, includes the Atacama Desert.

Liked this article? Looking for the latest in travel and adventure news? Then check out the rest of our articles at Adventure Herald. You can also like us on Facebook, follow us on Twitter or Instagram to keep up with our latest antics.
Tag adventure adventure travel adventure travel destinations africa atacama central asia desert motoring adventures sahara south america taklamakan