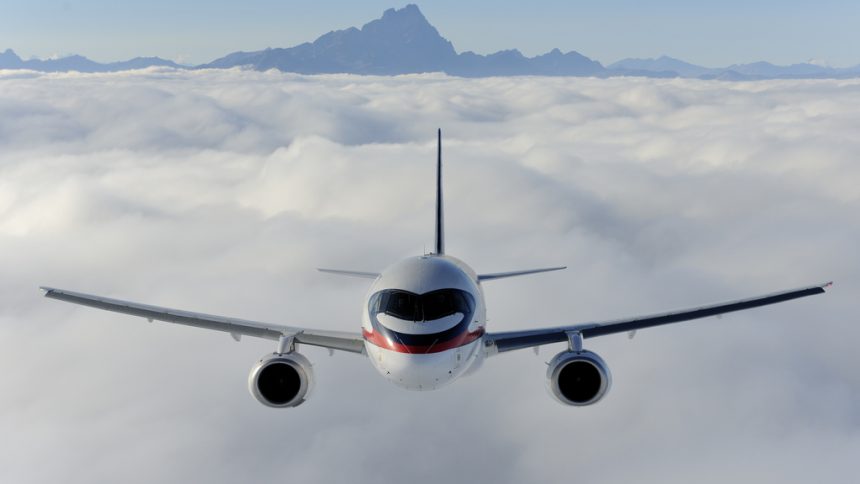 Some of the longest non-stop flights go from Auckland to Dubai; from Singapore to San Francisco, from Melbourne to Doha; from Dallas/Fort Worth to Sydney; and from Johannesburg to Atlanta. These flights are 16-17 plus hours! However, even a much shorter long-haul flight of 10+ hours can be a massive drainer. In addition, there are plenty of flights with one or two stop-overs, which can easily make travel time of 20 or 30+ hours in total – especially for adventure travellers crossing the globe. For your upcoming holidays be prepared for anything with these travel tips for long plane journeys.

1) Remember to Expect the Worst 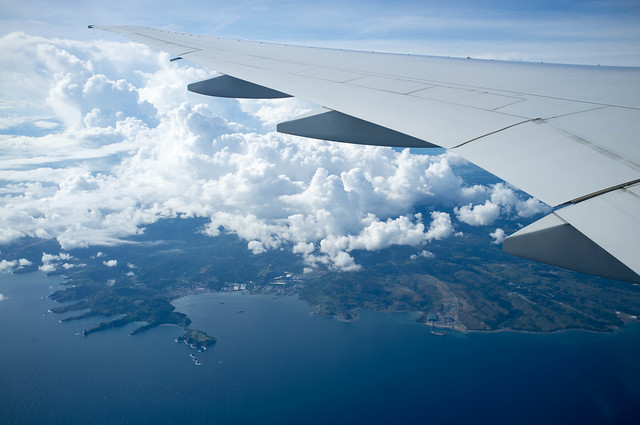 Anything can happen. Literally anything. You might be delayed for hours before you even leave your airport, your plane might need to make an emergency stop at a midway destination, you might miss your connection because your first flight was late, your flight might get cancelled leaving you stuck in a random airport. Airlines might have even overbooked the flight resulting in you being bumped from your spot. You might get sick at the last minute during stop-over, or have bought a really cheap flight on a brutal journey leaving you in an airport lounge for hours on end waiting for your connection. It’s best to be prepared. Don’t have a group tour leaving the day you arrive – leave a bit of wiggle room as flight delays happen all the time. Have the contact number of the person picking you up at the other end – so you can call them if your flight has been delayed. And take some of the following contingencies:

2) Pack a Change of Clothes 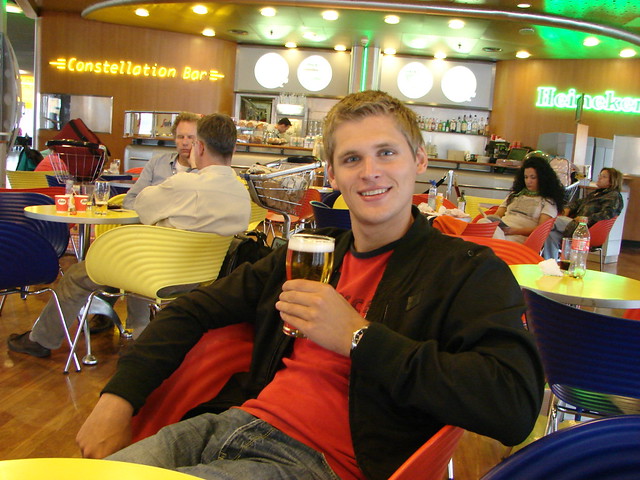 If you do end up missing your connection, the best case is that you’ll be put on the next flight in a few hours, the worst case is that you’ll be forced to spend the night sleeping at the airport (or, if you’re lucky in a hotel). Have a spare set of underwear and a change of clothes and maybe even a small towel in your carry on. If the worst does happen you’ll feel so much better after a shower and change of clothes. Of course most airports have shops – but they’re so expensive, and shopping for clothes will be the last thing you feel like doing.

3) Have Any Medicines On You

You might thing you’ll be at your destination at no time at all, but what if there’s an unexpected delay, you miss your connection or the plane makes an emergency landing somewhere? Better to be safe than sorry, have any medicines on you in hand luggage so that you’re not worried about this. It’s good to have some medicine in your check in luggage and handbag too – just to limit the risk. 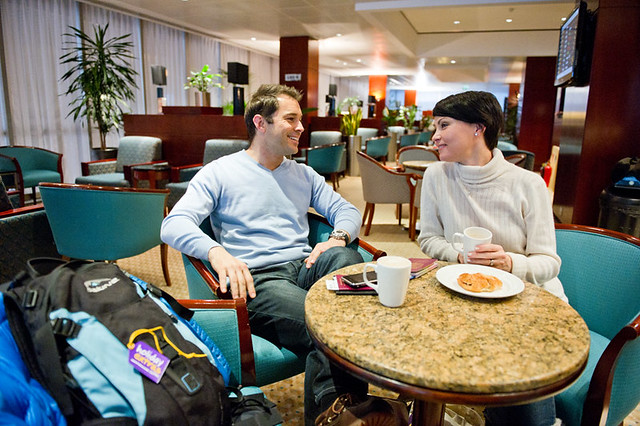 Ok this might seem obvious but you don’t want to have not eaten on the plane and then be stuck in an unexpected stop over, starving with only expensive airport food to eat. Also, drink as much water as you can handle. Long-haul flights are notoriously dehydrating. Every time the cart or flight attendant comes round with a tray of drinks ask for a water or a juice. We’re tempted to say that you should take full advantage of the ‘free’ alcohol too BUT its very dehydrating so just keep it to a minimum. Plus in an attempt to be prepared for the worst case scenario if they’re bringing round chocolate bars, nuts or anything else you can pack away then take it because it could just save you if you miss your connection and you’re starving at a half-empty airport in the middle of the night.

A toothbrush, toothpaste, moisturiser, deodorant, perfume, hairbrush – these items are a God-send if you do end up getting stuck in a random airport for hours. Airlines sometimes give you a complimentary little kit (don’t throw it out, keep it just in case), but in case they don’t have your own packed in your carry-on.

6) Have Chargers and an International Converter 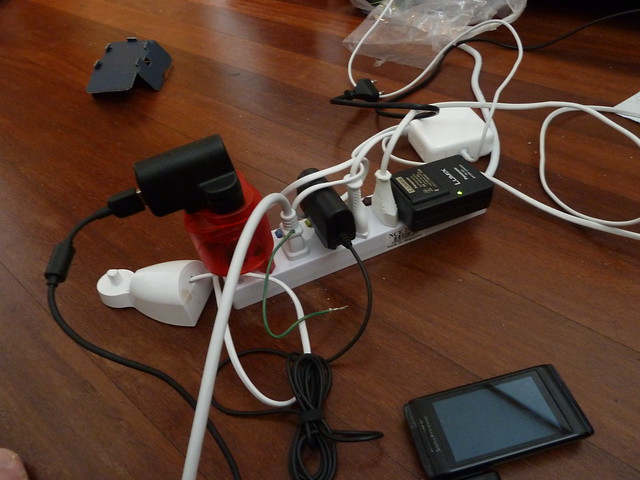 Again, you might have a full charged phone when you board, but it won’t be fully charged if a 24 hour flight gets interrupted with a 12 hour unexpected delay. You’ll need your phone on to make arrangements and contact people so have your phone charger plus an international converter in your carry-on just in case. Some planes have charge points now so take every opportunity you can to charge up, plus the international converter ensures that your power cord will plug in no matter what. If you’re taking a laptop, iPad or ereader have these on you and chargeable too. They might just save your life on a long unexpected wait.

7) Warm Clothes and an Eye Mask 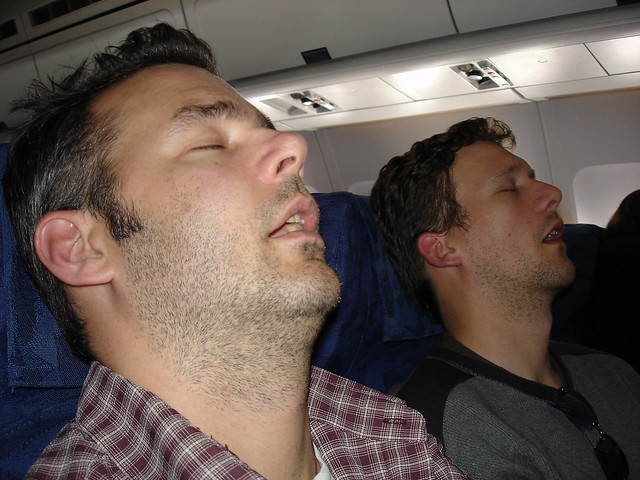 Here are some tips so you don’t end up freezing, and with a stiff sore neck and zero sleep on a long-haul flight: Planes are notorious for being cold, particularly on the long-distance flights of 5+ hours. You only get one blanket and if it’s a full flight, even if you ask for a second blanket, they may not have spares on board. If you’re at all the kind of person who get’s cold (and even if you’re not) it’s worth packing a jumper, a long sleeve or socks so that you can layer-up if you’re freezing mid flight. In addition, most people aren’t great sleepers on a long flight packing an eye mask, ear plugs and neck rest will go a long way to making your more comfortably so you can get some shut-eye. If you’re on a flight with a TV screen and headset, then dim your screen and have some relaxing music playing on a low volume to drown out any noise. You’ll be zzzz… in no time 🙂

Liked this article? Looking for the latest in travel and adventure news? Then check out the rest of our articles at Adventure Herald. You can also like us on Facebook, follow us on Twitter or Instagram to keep up with our latest antics.
Tag adventure traveller how to survive a long flight informed traveller plane travel travel advice what to pack for a long plane flight