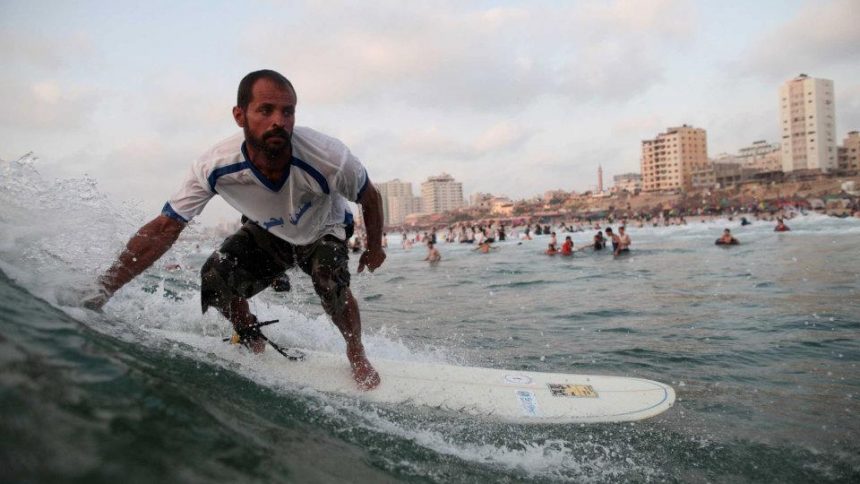 Surfing in Gaza: Under the Shadow of Conflicts

Surfing is included in the list of extreme sports due to possible risks like getting devoured by waves or shark attacks. However, if you get on your surfboard on the Mediterranean coast off the Gaza Strip, your adrenaline level might be a bit higher than usual since the region is quite troubled.

Young members of the Gaza Surf Club defy the common perception of danger in order to show that life still goes on in their land. Although the Gaza Strip is besieged by the Israeli army, Palestinians still try to get involved in activities, such as surfing.

Surfing in Gaza despite Obstacles

The little piece of coast that the Gaza Strip occupies witnesses the struggle of Palestinian surf enthusiasts. The troubles that the members of the Gaza Surf Club have are not limited to the threat of the armed conflicts; the damages created by the past conflicts are also a significant obstacle for the surfers as well. For instance, a substantial part of the beach stinks due to damage of the sewage system, which was bombed by the Israel Defense Forces. 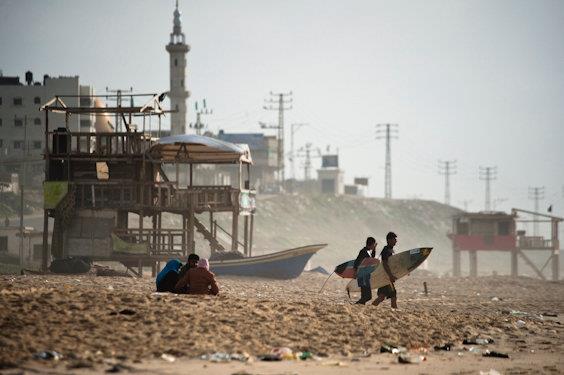 Besides geographical obstacles, there are also logistical obstacles that the Gazan surfers face. Almost a decade ago, it was impossible to find surfing equipment in the region. Several Gazan surf enthusiasts were struggling to achieve their dreams to be proper surfers, just like the ones they saw in the Hollywood movies. Thanks to the efforts of the U.S. non-profit organization Explore Corps, these dream came true as the Gazan surfers received surfing gear and motivational support from the members of the organization, despite the Israeli sanctions.

Surfing Builds a Bridge between Modern Lifestyle and Tradition

The global influence of Hollywood productions is a well-known phenomenon. Surf enthusiasm of the Gazan surfers came into being as a product of this influence of American movies. One of the members of the Gaza Surf Club, Taha Baker recalls his first attempt to surf on a broken closet door. Realizing that the closet cannot serve as a buoyant surfboard, he tried the door of their fridge in order to serve the purpose. The dedication he showed when he was a child highlights why the surf club has been so successful.

Now, Taha doesn’t need improper gear in order to show off his surfing skills, since almost all the members of the Gaza Surf Club have proper surfing gear. However, their modern surfing gear is not the only thing that indicates their modern state of mind; their stance against the phallocentric exertion of authority is also quite brave and radical. Even the Western media depicts surfing as a male activity of proving masculinity. For instance, have you ever seen a statue of a female surfer which is similar to Duke Kahanamoku statue in Waikiki? The Gazan surfers have demolished this view since the female members of the club make waves alongside the men. 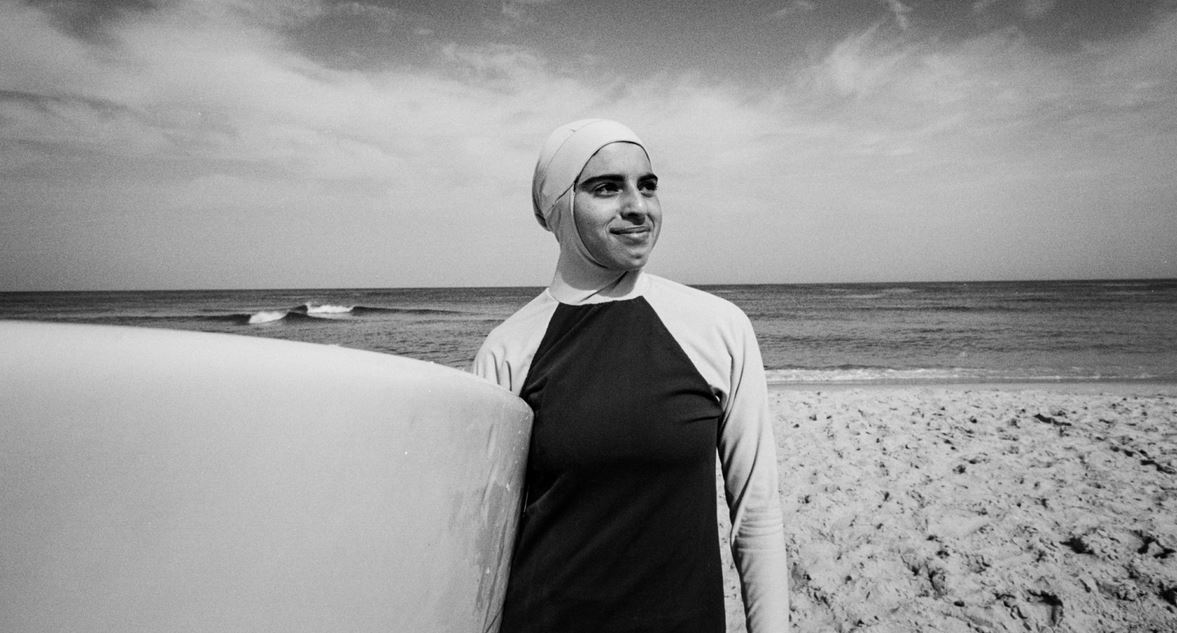 The number of women in the club is not so high, nevertheless, the message they give is much greater than their actual numbers. Palestinian society is a patriarchal one. The gender spheres are quite clear; thus the roles and limits of men and women are designated. For many people in the region, seeing a woman on a surfboard is quite unusual since this activity is seen outside of the female sphere. However, the Gazan surfers Rawand, Sabah, Shoruq and Kholoud get on their surfboards in order to show that surfing is not an exclusively male activity. As the traditional norms require, they cover most parts of their bodies with proper attire; nevertheless Surfing 4 Peace designed a swimsuit called burkini so that they can follow the norms of their society while demonstrating their skills on water.

Today, there are around 33 members of the club. They prefer staying at their own country to increase the popularity of surfing in their homeland. As a matter of fact, they have been quite successful in their aim so far as they managed to gain international publicity through media. For example, one of the core members of the club, Ibrahim Arafat has visited Hawaii with the sponsorship of Explore Corps in order to attend a workshop. 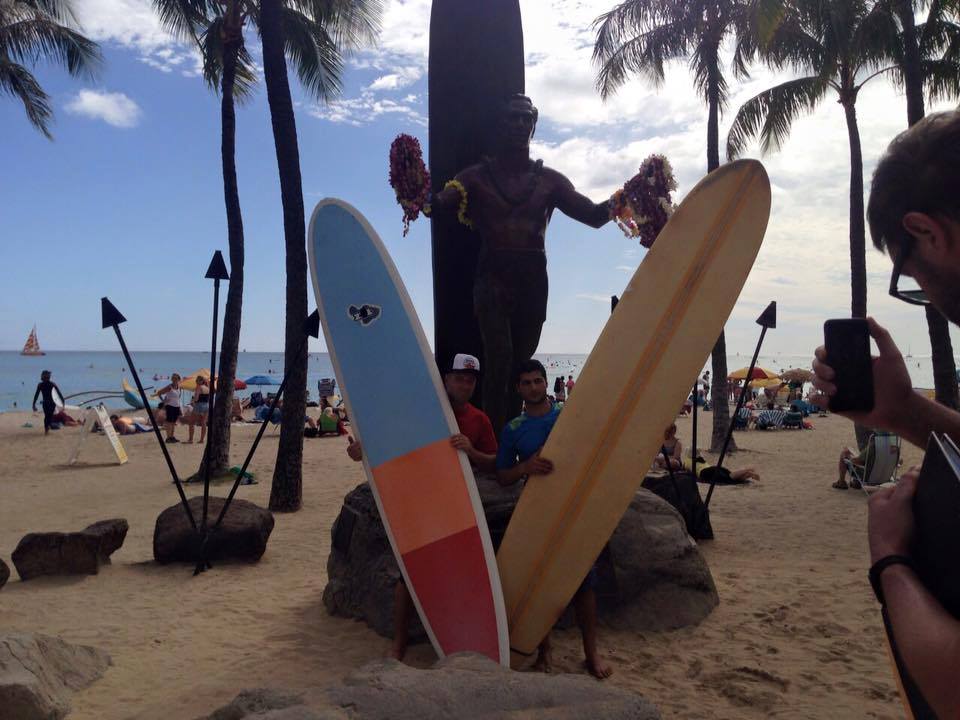 As the interaction between the Gaza Surf Club and the professional surfing world develops, the surfing opportunities in the Gaza Strip will improve gradually. Nonetheless, the region is still hot due to the unceasing tension between Israelis and Palestinians. If the situation improves in the region, Gaza can find a place for itself among the popular destinations of surf enthusiasts.

Liked this article? Looking for the latest in travel and adventure news? Then check out the rest of our articles at Adventure Herald. You can also like us on Facebook, follow us on Twitter or Instagram to keep up with our latest antics.
Tag Explore Corps Gaza Surf Club surfing surfing in gaza surfing in the middle east