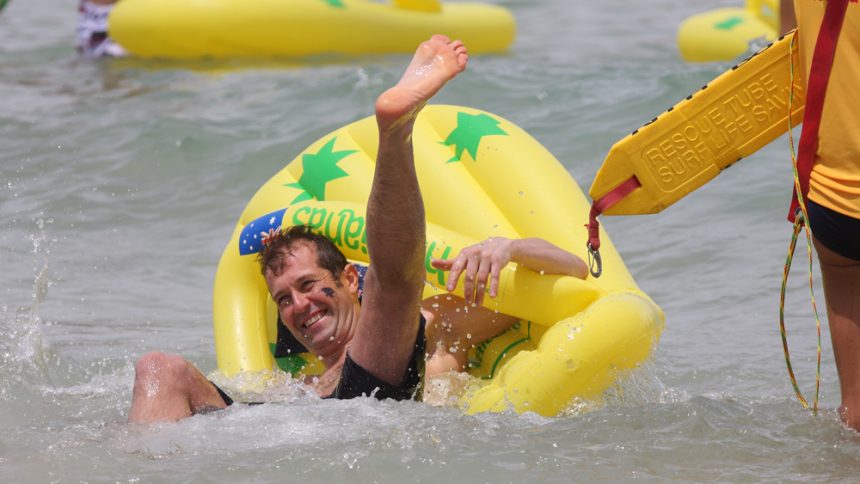 How to Celebrate Australia Day

Have  you been to cities that never close down? Like New York, and Rio, and old London town? Well, no matter how far or how wide you roam, if you still call Australia home – or even if you don’t – here’s your “how to celebrate Australia Day essential guide.”

What is Australia Day? 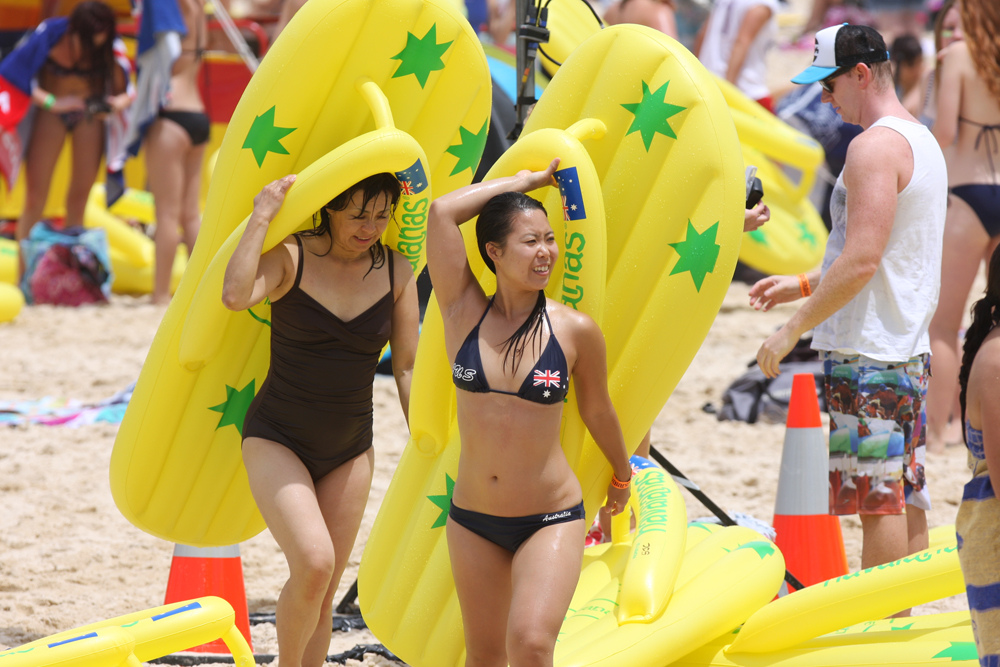 Australia Day is a day marking the anniversary of 26 January, 1788 – the day when Captain Arthur Phillip raised the British flag on the coast of the country that’s now called Australia, claiming it as a colony of the British Empire. Since 1994 a public holiday has been held on January 26, although it’s worth noting that Australia didn’t become a country per se until New Year’s Day in 1901 (when the states and territories became one federation) so some argue that “Australia Day” should be on January 1 instead. As it stands, Australia Day is meant to be a celebration of what’s great about Australia and being Australian.

But, for some, Australia Day is considered an offensive day, not to be celebrated, because for Indigenous Australians 26 January 1788 marks the day when their land was invaded by the British, and the day marks what was the beginning of the erasure of their people and culture. For this reason the date and day is controversial for being a reminder of colonization, where other countries celebrate more unifying events like independence for example. Some including, Australia’s National Indigenous TV therefore refer to Australia Day as “Survival Day”, marking the survival of Indigenous culture, language and people in the face of adversity.

While the majority still celebrate Australia Day on January 26, it’s good to remember the complexities of this day in Australia. 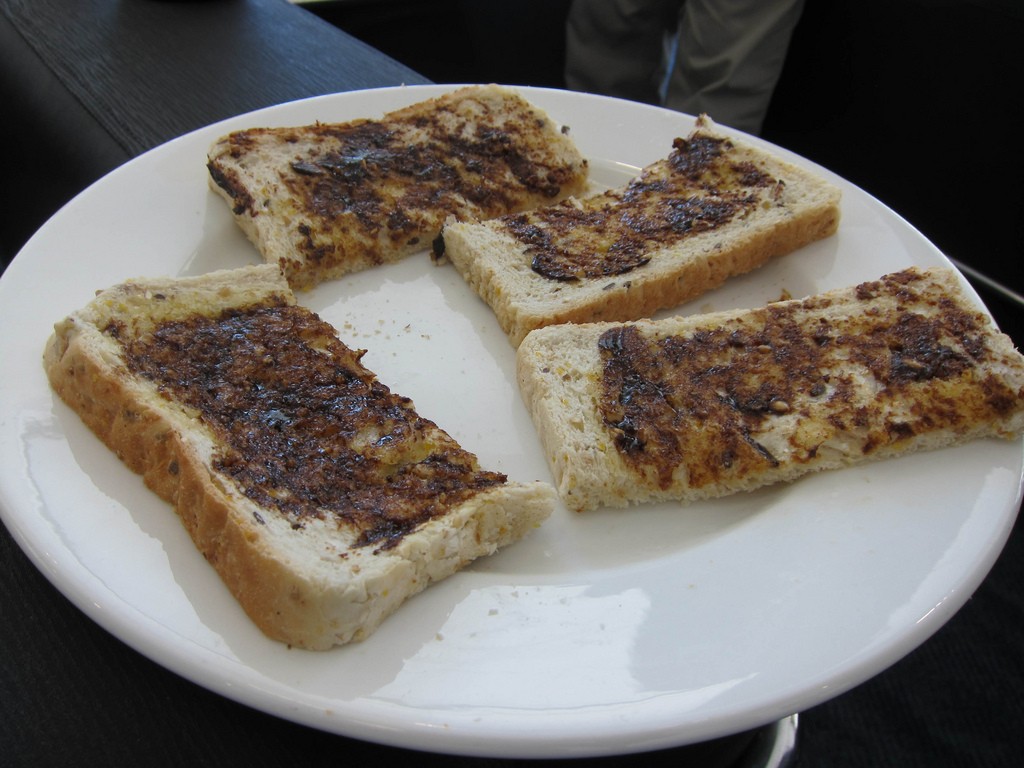 You’ll soon realize that Australia’s cuisine does not rival Italy, France or Thailand, but that doesn’t mean you can’t have a bit of fun with Aussie food. Here are our favorites for people who want to know how to celebrate Australia day:

Vegemite on toast (pictured above) is classic Aussie cuisine. Many Australians eat this for breakfast or a snack every day of the year, but double up your efforts on Australia Day. This salty, yeasty brown spread should be thinly spread on top of buttered fresh toast. Even better if you use the nutritionally questionable Tip Top white bread as the base.

Fairy Bread is best made with the aforementioned Tip Top white bread. Don’t toast it though, simply butter the bread and sprinkle colorful hundreds and thousands on top. It’s only proper Fairy Bread if the square piece of bread is cut in half to create triangles.

Meat Pies mmm delicious minced mystery-meat in crunchy pastry served with a lot of tomato sauce. Aussies reading this died and went to heaven just at the thought of this great Aussie meal. On Australia Day it’s customary to serve “party pies,” which are mini meat pies.

Snags this refers to thin sausages that are cooked on the barbecue. You know it’s ready when it’s just the right amount of burnt. Lay the snag diagonally across a slice of white Tip Top bread, fold, squeeze tomato sauce across the snag and enjoy.

Honey Joys are a dessert made with minimal fuss and maximum sugary deliciousness. Mix sugar, honey, butter and Kellogg’s cornflakes and bake in the oven. Honey, it’s joy!

Chocolate Crackles similar to Honey Joys because this too is making a breakfast cereal into a sweet treat served in a patty pan. This time mix cocoa, butter and Cocoa Pops, and see what deliciousness results after a few hours in the fridge.

Pavlova a classic Aussie dessert that New Zealanders claim too. Pretty much egg whites and sugar baked until you get a meringue cake that is crunchy on the outside and gooey on the inside. Covered in whipped cream and fresh fruit. A summer favorite.

Ice cold beer this makes the “foods” list, because it might be the only thing that many Aussie men (and some women) consume all Australia Day. Doesn’t really matter what the brand is, as long as it’s an ice cold beer fresh out the esky (see below).

Aeroplane Jelly you might be getting the idea that Australian’s love their simple desserts. And you’d be right. Aussie summers wouldn’t be complete without Aeroplane Jelly – a much loved brand of jelly in Australia. No matter what flavor you choose from the originals range you can’t go wrong. Add it to a trifle, or make jelly shots, or just serve with vanilla ice cream.

Lamingtons are the most amazing dessert. Sponge cake, covered in chocolate and coconut, and sometimes filled with jam and cream. Mmm lamingtons.

Tim Tams a classic Aussie biscuit. Picture this: two layers of chocolate biscuit with a chocolate cream filling in between, absolutely covered in thick melted chocolate. Now imagine dunking that Tim Tam into a milky tea and quickly bringing it to your mouth before the melted Tim Tam falls in. Now you’ve just imagined 99% of Australians at some point on Australia Day. Check out another alternative the Tim Tam Slam here.

Finally, one word on Hamburgers. Here in Australia it’s called an Aussie burger and your beef patty will come with a fried egg, bacon and beetroot added too! Other than a barbecue you could also have fish and chips or fresh seafood on Australia Day. 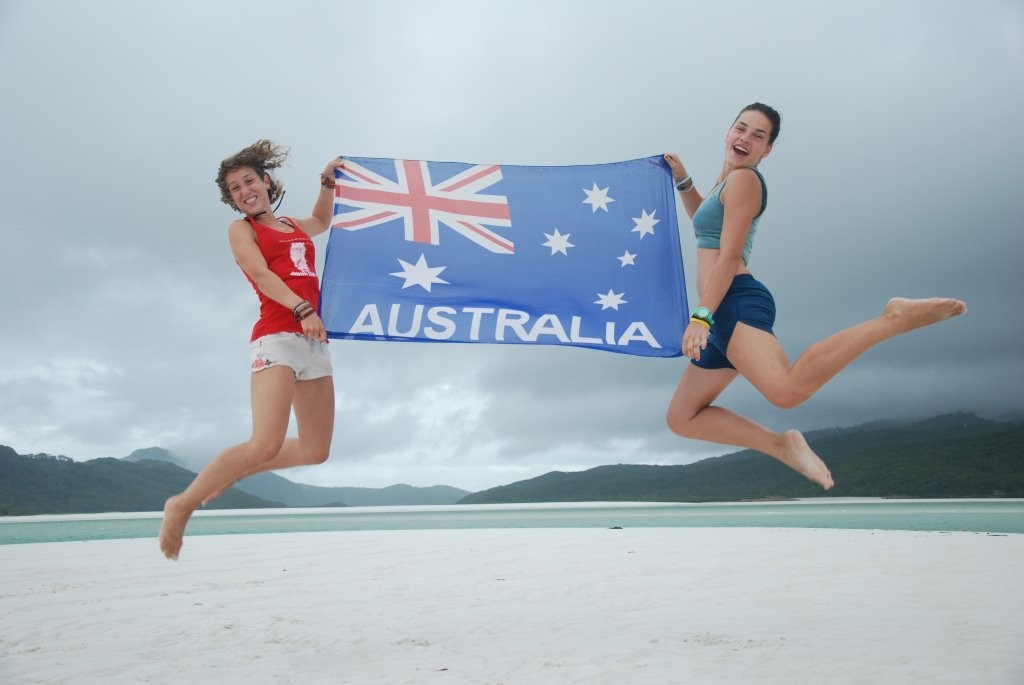 Australians speak weird English, especially when they use Aussie slang. To really celebrate Australia Day, use these words and phrases as much as you can, here are the words and their translations to help 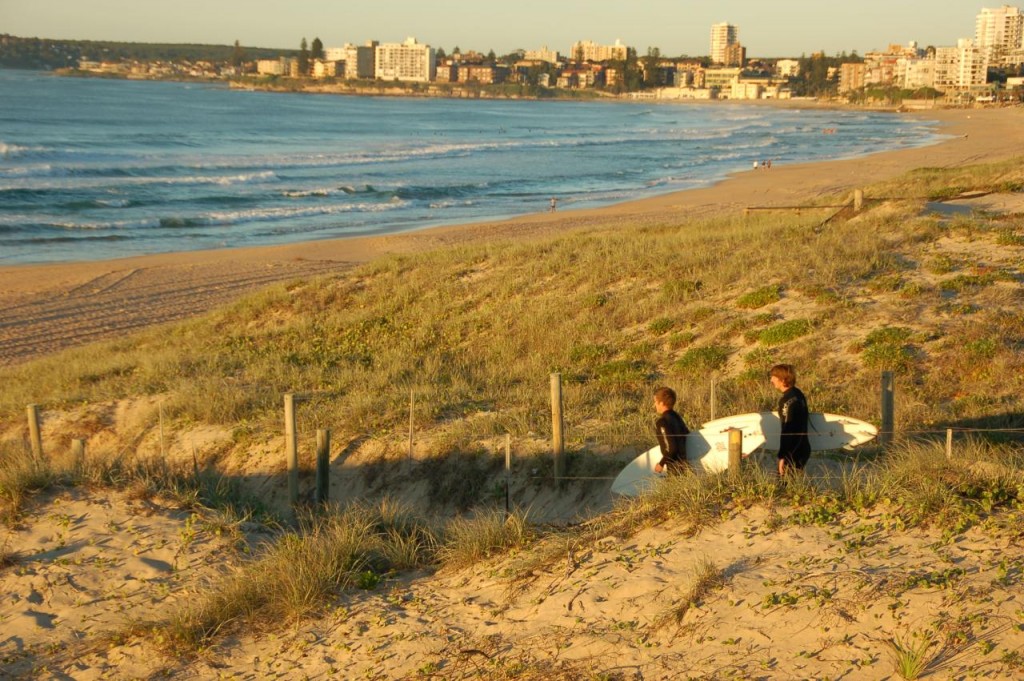 Number 1: “Slip, Slop, Slap” – slip on a T-shirt, slop on some sunscreen and slap on a hat. Australia Day is in the middle of summer and the sun is ferocious in Australia – don’t get burnt, so don’t forget to slip, slop, slap.

Australian’s spend Australia Day in a variety of ways. It could be down at the beach, or having a backyard party with friends, if you live near a river you might go down to the grassy banks with friends for a picnic. There are many options.

No matter where you are, one of the main things you’ll do is have the Triple J Hottest 100 playing on the radio or online. This local radio station tradition has become totally synonymous with Australia Day. It’s pretty much a song competition where listeners get to cast votes. Listening to the Hottest 100 is as certain as the arguments that follow about whether the winner is deserving, which songs missed out, and the eternal debate about whether Triple J plays as good a music now as they did 10 years ago.

Be wearing board shorts and a white Bonds singlet top, and Havaianas thongs (flip flops to everyone else), if you’re a girl have your swimwear on (which in Australia can be called bathers, togs, swimmers or cozzies depending on where you are) because you never know whether you’ll end up going for a swim at the beach/river/late/pool. Mention the Australian Open tennis results, but try to steer clear of politics.

When the party’s getting a bit too much, your hilarious uncle will open a laptop and you’ll start re-watching famous Australian commercials like these:

You can find some more examples here:

What To Listen To 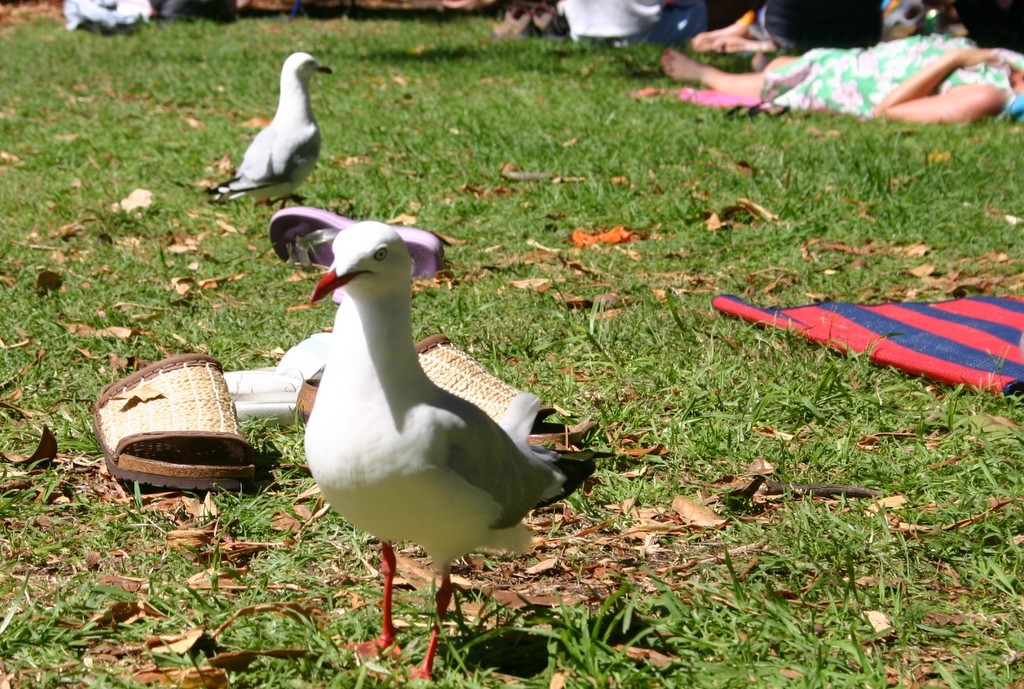 Aside from the Triple J Hottest 100, the sound of waves crashing at the beach, or the sound of seagulls squawking around your picnic as they try to still one of your hot chips, here are some of the all time greats to add to your Australia Day playlist.

An unmissable favorite; Paul Kelly’s “How to Make Gravy”

Follow it up with a bit of AC/DC and “Thunderstruck”

Midnight Oil’s “Beds are Burning” for the die hards.

Followed by this ballad by Men At Work “Down Under”

As the party draws into the night, nothing says dance floor like our Kylie and her gold shorts. Try “Spinning Around”

Crowded House “Don’t Dream It’s Over” for when the party’s over and there’s still a few drunken Aussies stumbling around. Perfect clean-up music if you want to know more about how to celebrate Australia day.

Liked this article? Looking for the latest in travel and adventure news? Then check out the rest of our articles at Adventure Herald. You can also like us on Facebook, follow us on Twitter or Instagram to keep up with our latest antics.
Tag Aussie Slang Aussies australia day australia trip tips Down Under how to celebrate australia day Triple J Hottest 100 what to do in Australia