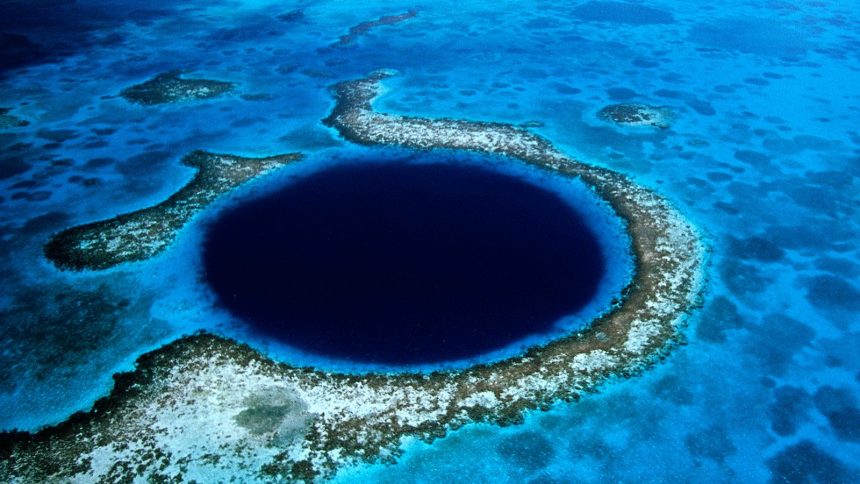 Most Dangerous Scuba Dives in the World

Diving is taking a step into the mysterious world of unknown. It is, indeed, one of the most thrilling activities in the world. It is an unprecedented experience towards a world which is absolutely different from ours: it is trespassing. Nonetheless, feeling of exploration renders this water sport much more exciting than any similar activity.

Diving requires experience and knowledge since it is actually an extreme activity if you are diving in an open sea or ocean. Since you can’t be 100 percent sure about what to see under water, visiting the marine life can be an activity full of surprises and dangers alike even if you have an outstanding diving experience. Only thing we can assure you is that you won’t encounter any mermaids under water as we haven’t seen a North Pole-native Santa Claus during Christmas; we have seen a couple of them from Finland though (close enough).

Traditional diving destinations can be adventurous enough for most people; but not for extreme sports enthusiasts. These dives include such spots as underwater cave systems, black holes, shipwrecks, reefs and even super deep pools. Here is the list of the most dangerous diving spots on Earth in case you want to try your diving skills at a more challenging spot: 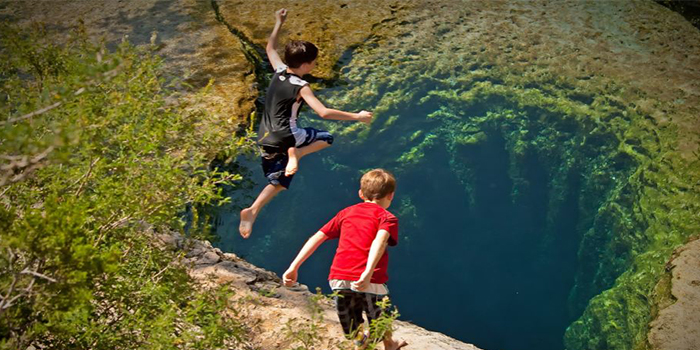 Jacob’s Well is a perennial karstic spring located in Wimberley, Texas. What makes this place special for divers is that there is an underwater cave system located beneath this spring which goes as deep as 120 feet (37 m) making it a dangerous diving spot. Unlike diving in the open sea, diving in such a cave system can be extremely intriguing due to the fact that it can turn into a maze for divers without experience. Moreover, it is quite dark down there. If you are nyctophobiac, then you really should stay away from here since you may find yourself in a nightmare. Even if you are not afraid of dark, the cloudy water can make you disoriented and lead you to a condition of panic due to the fast consumption of oxygen. According to the reports. Jacob’s well has taken at least eight lives so far. 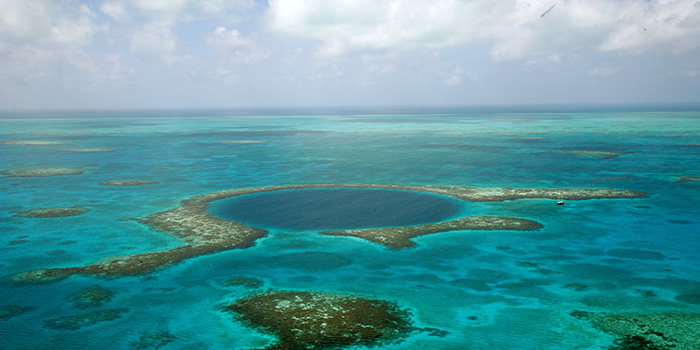 Blue Hole is located at the Lighthouse Reef, 60 miles off the Belize City coast. The hole is 1,000 feet in diameter and 480 feet in depth. It offers breathtaking view of the marine life since water is quite clear. However, this hole has a habit of devouring people. There are huge drop-offs which makes it difficult for divers to realize the depth they are in. Thus, it is vital to check the depth gauge and air supply frequently. Otherwise you can get lost in darkness while watching the walls while descending in still water. 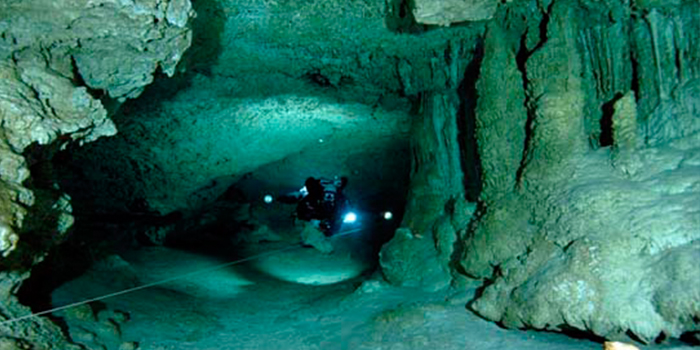 Temple of Doom is a notorious but popular diving destination located in Tulum, Mexico. Entering the cavern is like taking a leap of faith since there is not ladder on which you can rethink about your dangerous move. Entering the cave system is quite uncomfortable due to the mix of salt and fresh water. Once you are in the water, it is advised to stay within the day-light zone since the darkness can devour you easily as the underwater cave system can turn into Pan’s Labyrinth. Many people died in the past because they got lost and ran out of air. 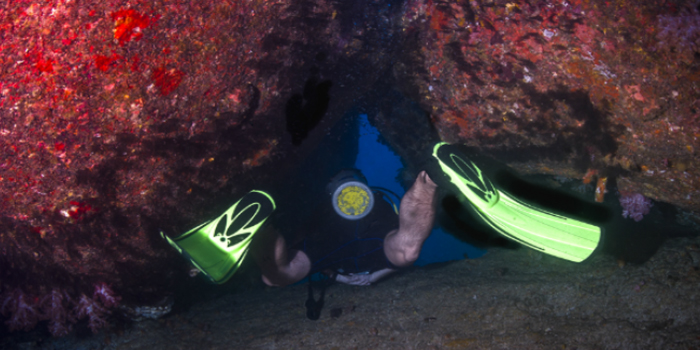 Samaesan Hole is located in the Samaesan bay of Thailand. The whole has a depth of 280 feet which renders it a popular diving destination. As you descend towards the earth, the amount of sunlight you can enjoy decreases gradually. Thus, it is advised to take a flashlight with you if you are planning to explore the depth of the hole. As a matter of fact, it doesn’t make sense diving in the Samaesan Hole unless you want to go to the bottom of the hole since the hidden treasure awaits you there. This hidden treasure is a bit different then what you see in movies though. This hole is a military junkyard where they throw ammunitions which are out of use. Nevertheless, there are still unexploded bombs at the bottom of the hole which you can observe. Here is the best advice if you are planning to dive at Samaesan Hole: Don’t touch, only watch! 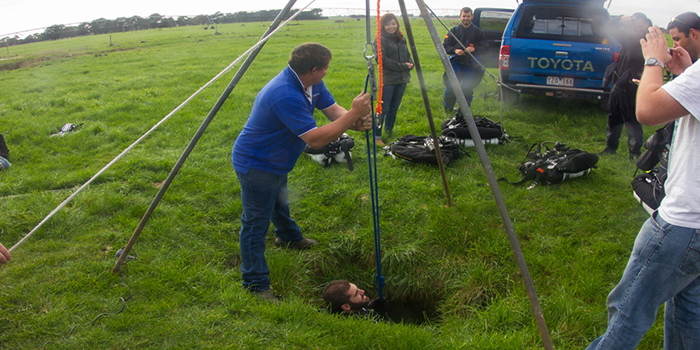 The Shaft Sinkhole definitely deserves to be among the most extreme diving places on Earth. Located on the Mount Gambier, the Shaft Sinkhole looks really like a sinkhole since you go down to a tiny hole which you can’t enter with your diving gear. Thus, diving gear is lowered to you after you enter the hole. The underwater cave system is so tiny and winding that your move is restricted. The most significant danger is the chance of getting lost. If you lose your way and consume more oxygen than you should, then you may not have enough air to breathe until you come up to the surface. Despite all the danger that it poses, the Shaft Sinkhole is worth diving due to its beauty and the unique experience that it offers. 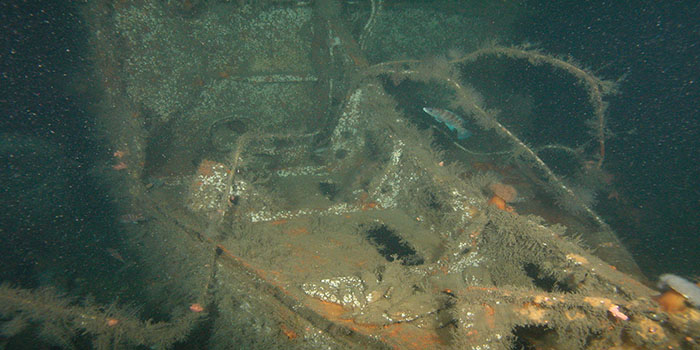 We have mentioned the natural diving spots so far. But, there are some really interesting and popular diving spots which are actually ship or submarine wrecks. In other words, there are under water museums that you need to dive in order to visit. One of these wrecks is located 60 miles off the coast of New Jersey. Apparently a German U-boat managed to get really close to the American soil in the World War II before it sank. Now, it is among the most dangerous diving sites in the U.S. owing to its depth (more than 200 feet), water currents and water temperature. If you decide to dive at this spot, you should keep in mind that you will need to endure extremely low water temperature. The submarine wreck was discovered in 1991 by an American diver. There were expeditions in order to determine the identity of the U-boat which was identified as U-869. Unfortunately, three divers lost their lives during that time. 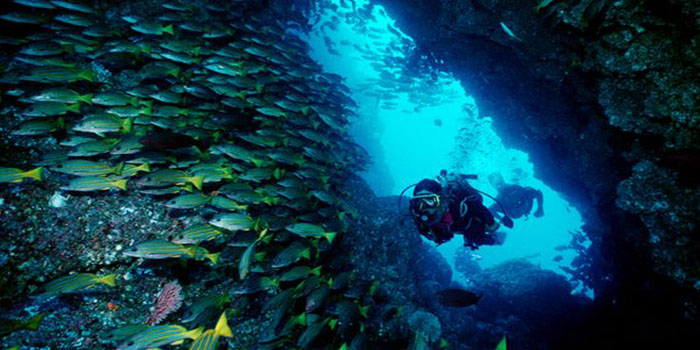 Coco’s Island is a wonderful diving destination. What makes it a part of the most dangerous scuba dives list is its remoteness to the mainland. It takes around 35 hours to get there by boat. In case of an emergency, getting back to the mainland takes more than a day. Thus, you have to have an advanced diving license in order to be able to enjoy the beauty of diving at the heaven-like place. Well, it is a heaven full of sharks.

Liked this article? Looking for the latest in travel and adventure news? Then check out the rest of our articles at Adventure Herald. You can also like us on Facebook, follow us on Twitter or Instagram to keep up with our latest antics.
Tag Blue Hole Cenote Esqueleto Coco’s Island extreme watersports German U-Boat wreck Jacob’s Well Most Dangerous Scuba Dives Samaesan Hole scuba diving scuba diving destinations Temple of Doom The Shaft Sinkhole