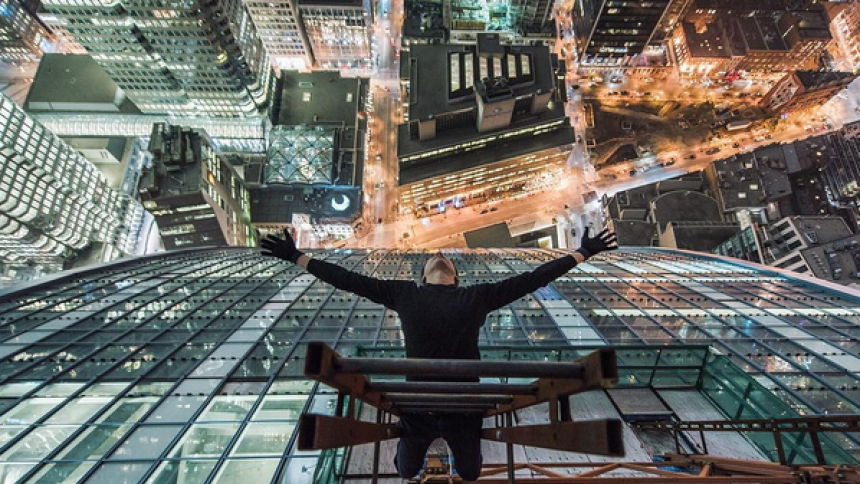 Are you searching for adventure within the confines of the city limits? More specifically, right atop the world’s most bustling metropolises? Well, there is a new craze among urban explorers and some daredevil novices who are taking their selfie sticks to new heights – all in the name of thrills and Instagram worthy snaps of course! The relatively knew – shall we call it – fad, known as “rooftopping” or “buildering” is not for those who are scared of heights – and we’re not even convinced it’s legal in most cases to be honest. Nevertheless urban alpinists and rooftoppers are taking the world by storm with their dizzying and electrifying images that will make your palms sweat just looking at them!

What’s This All About? 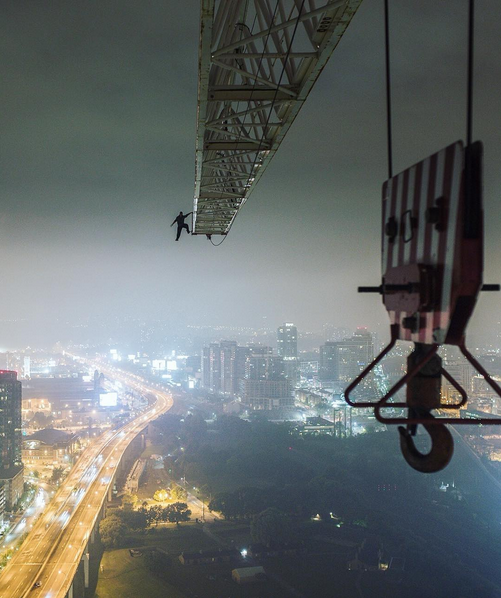 While climbing to the top of a building and taking a few photos might have been around a while, the social media age has meant that there’s been a boom in people sharing their images, and inspiring others to take on fresh challenges. Firstly, here’s a low-down on the various variations:

Buildering or Ubran Climbing: (aka edificeering or structuring) is the act of climbing built structures. The term combines the words building and bouldering (as in when you climb giant boulders), so it’s referencing taking what can be an activity done in the natural environment on cliffs, rocks and boulders into the built environment like skyscrapers, bridges, towers, cranes and so forth.

Free Climbing/Free Soloing: We’ve written about free climbing before, but there is a splinter version where you free solo climb a skyscraper! This involves climbing up the side of a building – kind of like Spiderman – with just your hands and no harnesses to help. This is extremely dangerous and therefore it’s rare for people to attempt it.

Urban Explorers: This involves climbing and exploring a variety of different urban spaces, and not just the vertical ones. So it might involve abandoned factories, sewerage pipes and drains, catacombs, tunnels, mine shafts etc.

Rooftoppers: This is a subset of Urban Exploring and kind of like Buildering, but his genre doesn’t necessarily involve the sport of climbing to the rooftop of a building or top of other structures. You can take the stairs or the lift if there are some available. However – and this is where it gets murky legality-wise – you might not actually be allowed onto the rooftop. Rooftoppers would try the door to the rooftop and if it opens well, great! If not, some might try cutting the lock etc. The aim here is the thrill of the getting onto the rooftop perhaps by yourself or with friends, then for many it’s also about taking amazing brag-worthy photos – in increasingly dangerous poses.

Urban Alpinists: This is probably the only totally legit activity on this list, which involves dangling on the side of a building for the purposes of window cleaning or building maintenance. This is quite a dangerous job, but we’ve also included it in this article to show that you can “climb” buildings for work, as a way to make adventure part of your everyday life.

What Are the Top Urban Feats? 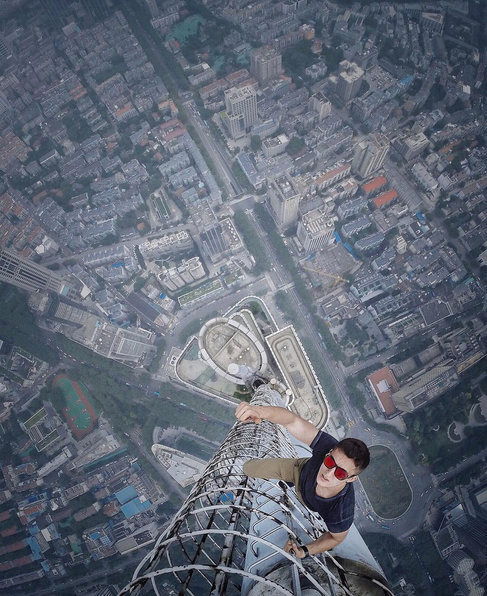 Where Can I Scale the World? 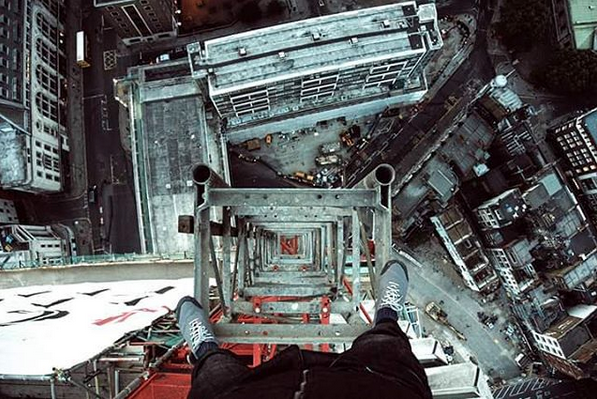 You might be thinking this is some obscure sport, but a quick search of Instagram for the #rooftopping hashtag reveals more than 35,000 photos! So you definitely won’t be the only one heading out to try this relatively new adventure sport: from St. Petersberg to Shanghai people have been scaling high-rise buildings, bridges, construction cranes, scaffolding and all manner of other structures. It seems smartphones and selfie sticks have aided in the increasing popularity of this sport, although this is not without a downside. One ex-Rooftopper Neil Ta has even outlined some pretty interesting reasons why he is leaving the sport.

So while Urban Exploring in any of its incarnations is not without its risk both to your safety and in terms of legality, if you do want to give it a try you need only look around your nearest city for inspiration. Of course, we wouldn’t recommend that someone without extensive climbing experience tackle a skyscraper first-up, you could always find a challenge that fits your skill-level. Check out our Worriers Guide to Extreme Sports for more tips.

Some of Our Favorite Shots 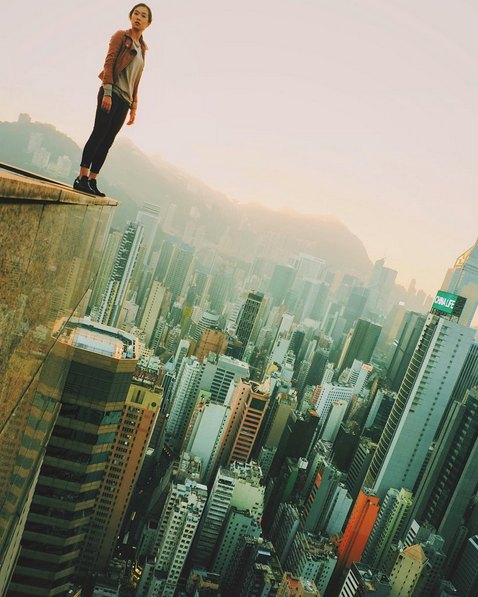 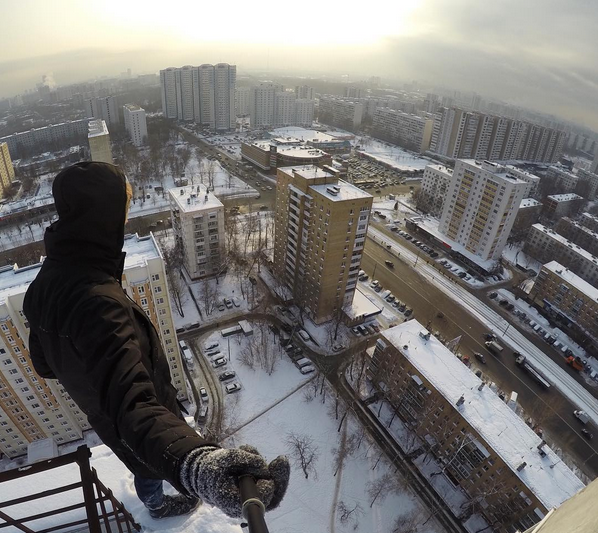 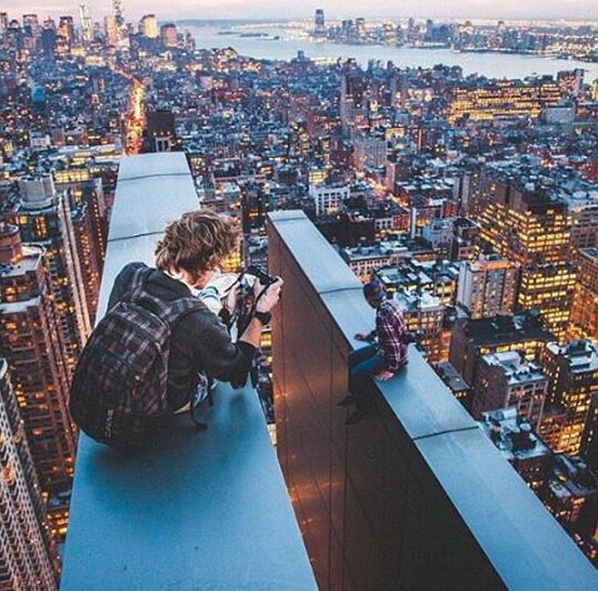 Photo By: conquer the roofs 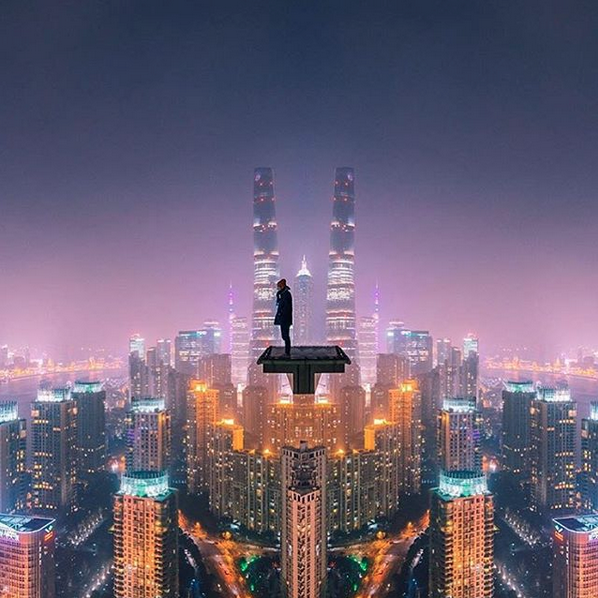 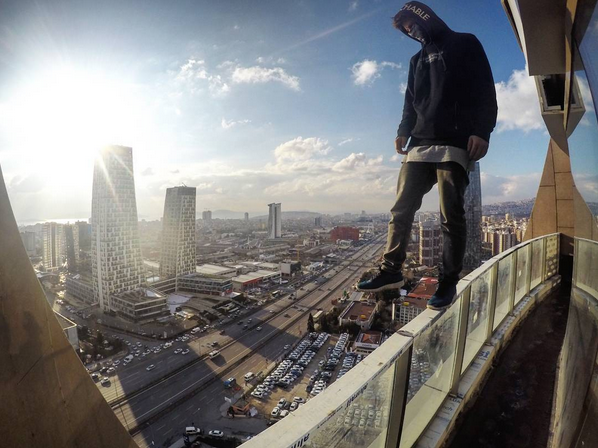 Photo By: pavelsmirnova
Liked this article? Looking for the latest in travel and adventure news? Then check out the rest of our articles at Adventure Herald. You can also like us on Facebook, follow us on Twitter or Instagram to keep up with our latest antics.
Tag adventure sports buildering climbing buildings free climbing free soloing rooftopper rooftopping urban alpinist