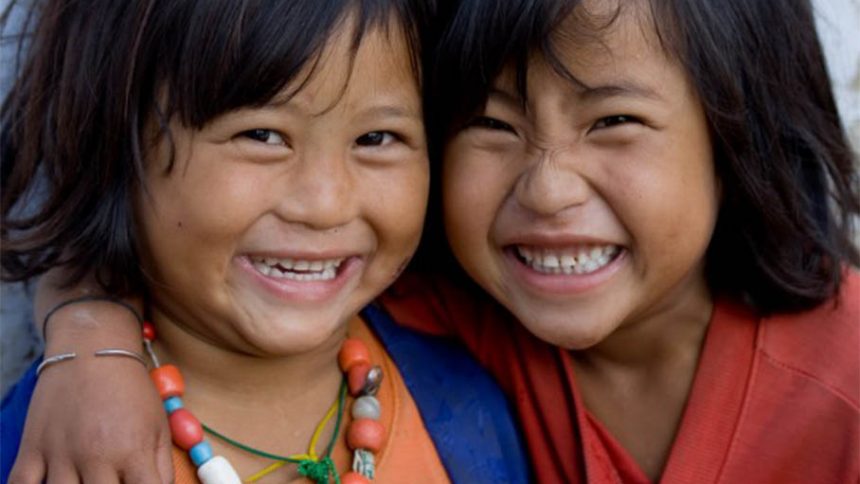 What could be more mind-refreshing than a spiritual journey to the world’s happiest country? No, I am not talking about taking yoga lessons or going to the church for a prayer, but about finding the place of pure happiness. How is that possible? Travelling could be your remedy when you are unsatisfied with your achievements and quality of life. Should you see yourself in this picture, visiting Bhutan definitely needs to be added to your bucket list.

The small Asian nation with strong sense of collective identity and ‘Natural Happy-ism,’ is thought to be the happiest country in the world.  The Kingdom of Bhutan is a tiny country in South Asia with over 740,000 inhabitants, loads of animals and crystal clear harmony within the nature.

Put your Stereotypes Aside 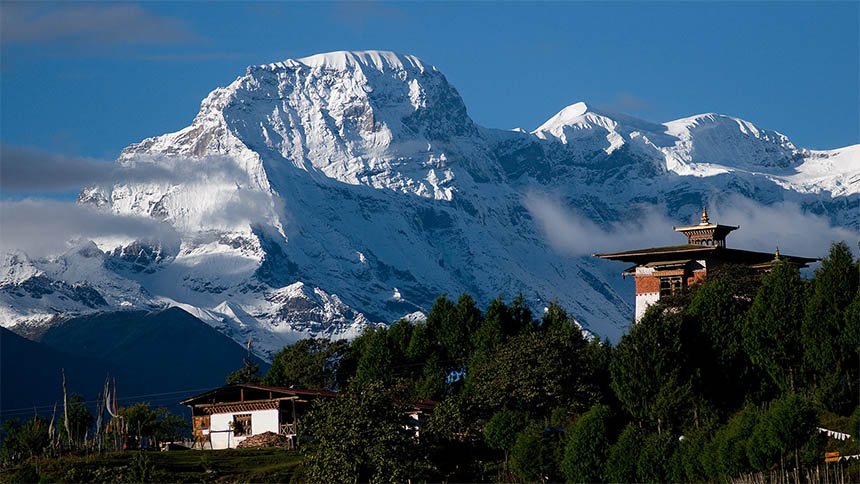 It is a widely accepted view that people living in small towns or in isolated places are much happier and more satisfied than others in mega-cities, tempted by the resources of modern societies. Well, Bhutanian people are definitely happier in their picturesque landscape due to their isolated lifestyle. However, there are many other factors that should be considered as to why they feel so satisfied.

Firstly, the people of Bhutan are lucky due to their geographical and environmental location and its benefits: less pollution, beautiful area surrounded by national parks and the backdrop of the Himalayas. Moreover, they have intrinsic factors leading them to the real answer, like the balance between material and spiritual possessions, attempts to limit the effects of globalization and sticking to Buddhist traditions. 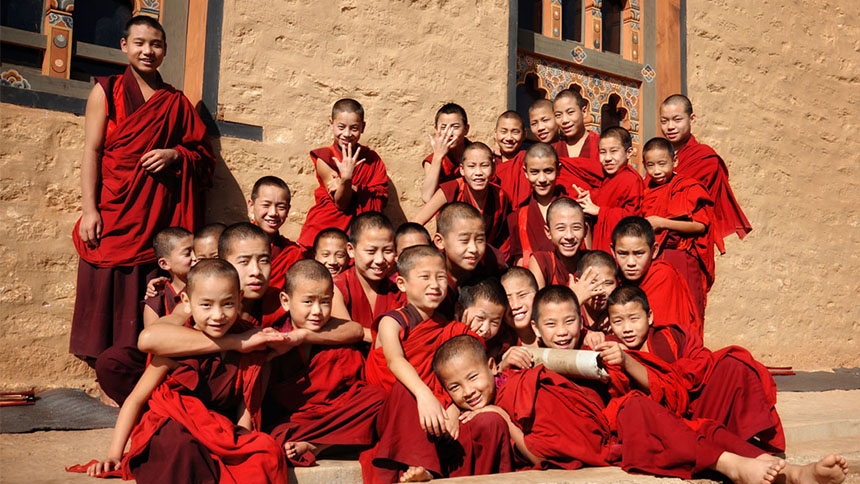 One possible reason for Bhutan’s great happiness factor could be explained with cultural and religious differences. Bhutan is a Buddhist country, therefore people there are not as self-orientated as in western countries. Actually their philosophy is all about being extroverted, which means forgetting about themselves, while western countries are introverted so people are much more self-centered and dissatisfied. Of course religion itself cannot explain why is it the world’s happiest country, but it is a factor we should be aware of.

Bhutan is the only country in the world where Gross National Happiness (GNH) is measured officially. The GNH is a term first applied by His Majesty the 4th King of Bhutan in the 1970s. It was measured firstly as a decision of the Royal Government of Bhutan during the period of 2005 – 2007, when the concept and the questionnaires were finalized, and in 2010 the first official survey was conducted.

Buthanians think national happiness is a richer objective than national productivity. The people are aware of economic elements the world revolves around, however they put far more emphasis on the importance of sufficient well-being of the overall community. Culture, governance, knowledge and wisdom, health, spirituality and psychological welfare are all part of the indicators of happiness.

Although Switzerland was ranked as the world’s happiest country in 2015 – based on the latest statistics by the United Nations Happiness Report –  Bhutan is the only country where GNH measures the objective happiness of the whole population, which makes it the world’s happiest country. According to GNH research from 2015, Bhutan happiness index has increased significantly between 2010-2015; the number of “extensively happy” or “deeply happy” people grew from 40.9% to 43.4%. The results indicated that 8.4% of the people are deeply happy, 35% are extensively happy, 47.9% are narrowly happy and only 8.8% consider themselves unhappy.

Looking for your own Happiness 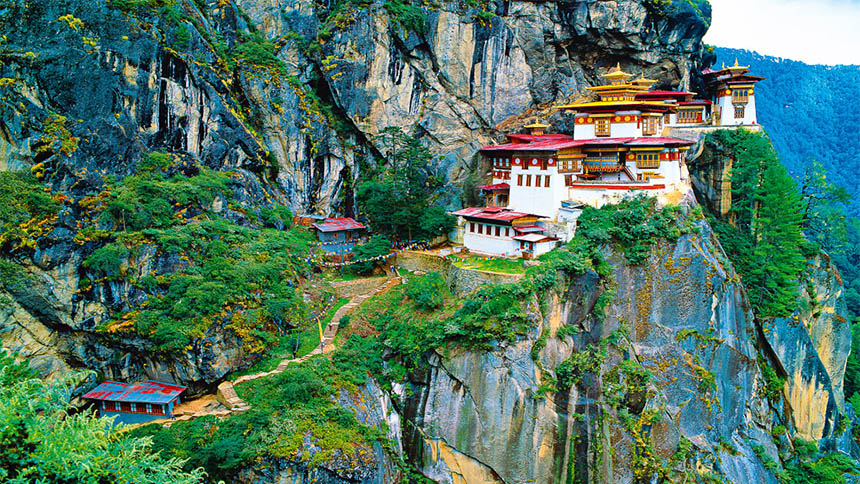 While you are trekking in the world’s happiest country there are a few places worth checking. The capital of Bhutan, Thimpu is just like a real lively town with museums, shops and a market at weekends. You would not even think that this small town was established in 1960 and this is the only place in the world without traffic lights.

Visiting Docu Laa Paas in the snow covered mountains of the Himalayas is  also a good option, especially because you can admire the temple, built as a honor of those Buthanese soldiers who were killed while fighting against the Indian rebels. The Drukwangyal Lhakhang (temple) has 108 chortens, which are monuments dedicated to the Lama.

If you were a Buddhist pilgrim, you would definitely visit the Takstang Monastery, which is one of the most sacred sites in the Himalayas.

Rukha is a cut off village somewhere in the Jigme Dorje Wangchuk National Park, which is only accessible through a rope bridge and has only 20 houses around the hillside. 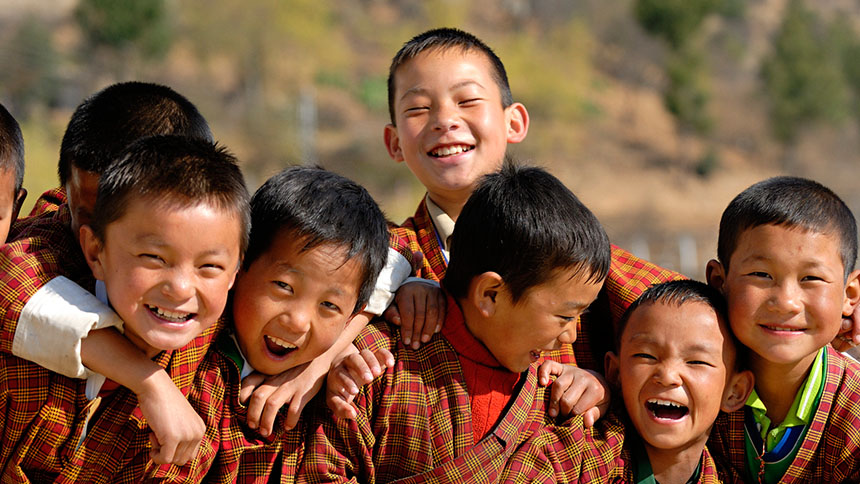 If you want to find your inner peace – the balance between body, mind and spirit – and you are fed up with the boring pilgrimages, grab your rucksack, leave your worries behind and meet these people who always keep smiling in the world’s happiest country.

Liked this article? Looking for the latest in travel and adventure news? Then check out the rest of our articles at Adventure Herald. You can also like us on Facebook, follow us on Twitter or Instagram to keep up with our latest antics.
Tag bhutan cultural differences gross domestic happiness keep smiling traditions