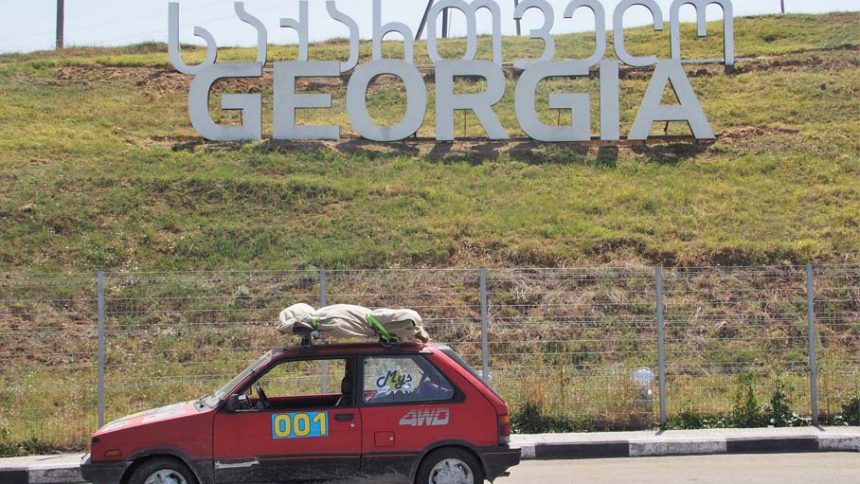 Adventure rally in Georgia continued with the Caucasian Challenge days 6 and 7. The second half of one of the best car rally adventures in the Caucasus region took place between Ambrolauri and the Georgian capital Tbilisi.

The popular adventure rally the Caucasian Challenge continued between Ambrolauri and Tbilisi on the days 6 and 7. The journey between the famous Georgian wine region which produced Joseph Stalin’s favorite wine and the beautiful capital of the country was quite challenging and full of adventures.

The Caucasian Challenge, masterminded by the Travel Scientists, is not only about driving four thousand miles without any break. It is also about exploring the beautiful geography and culture of the Caucasus. Therefore, the run of the day 6 started later than usual in order to allow the participants enough time to discover Ambrolauri.

Team Care Bears did more than small expedition as they found themselves in the core of the local culture. Their landlady, who apparently could speak neither English nor Russian, decided to give the boys a proper Caucasian experience. Right after breakfast, she served chacha (strong local Georgian brandy) to the rally participants. Eventually, the members of the Team Care Bears found themselves posing with rifles. It is a must do in the mountain regions of Georgia, isn’t it? 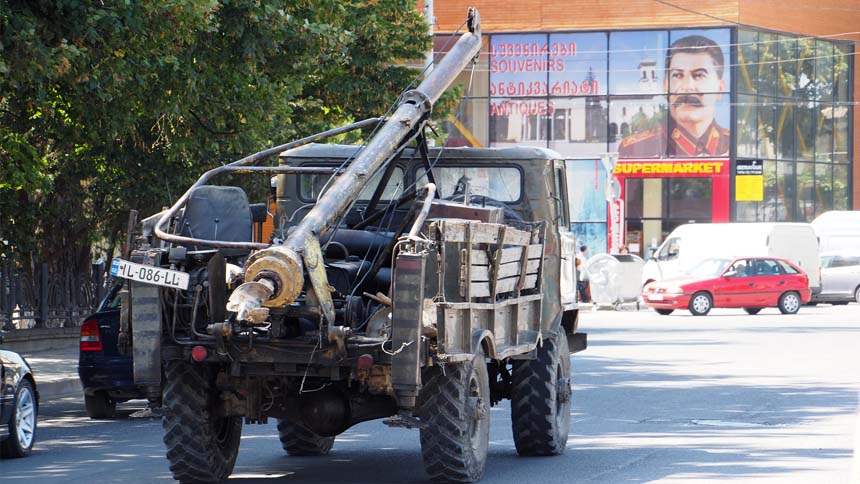 On the way from Gori to Tbilisi (Image credit: Andras Kaposi)

As a matter of fact, not every team decided to enjoy the local culture as long as the Team Care Bears. Most of the teams departed earlier in order to reach Tbilisi on time. All of the teams stopped at some important sights on the way. The first significant landmark along the route was Nikortsminda Cathedral which was built between 1010 and 1014 during the reign of Bagrat III of Georgia. The Orthodox cathedral is quite important for Georgians who regard the temple as holy. It contains valuable ancient frescoes and was included in the UNESCO World Heritage Sites Tentative List.

Shortly after leaving Nikortsminda, the teams realized that relying on Google Maps wasn’t the best idea as the popular navigation software directed the Caucasian Challenge participants into a supposedly shorter way which turned out to be full of dirt tracks in a worse condition than the ones in Zagor Pass. However, there was a proper asphalt road not far from the one taken by the rally participants. Nevertheless, there was no regret as it is adventure rally in Georgia and it has to be adventurous.

Adventure Rally in Georgia Passes through the Hometown of Joseph Stalin

The next stop after Nikortsminda was quite interesting for the participants who are interested in history as one of the most famous dictators in history was from a town called Gori which was located on the way to Tbilisi. One of the most famous Soviet leaders Joseph Vissarionovich Stalin was born in this town in 1878 and spent his youth here. Of course, at that time he wasn’t known as Joseph Stalin as he was born as Georgian named as Iosif Dzhugashvili. 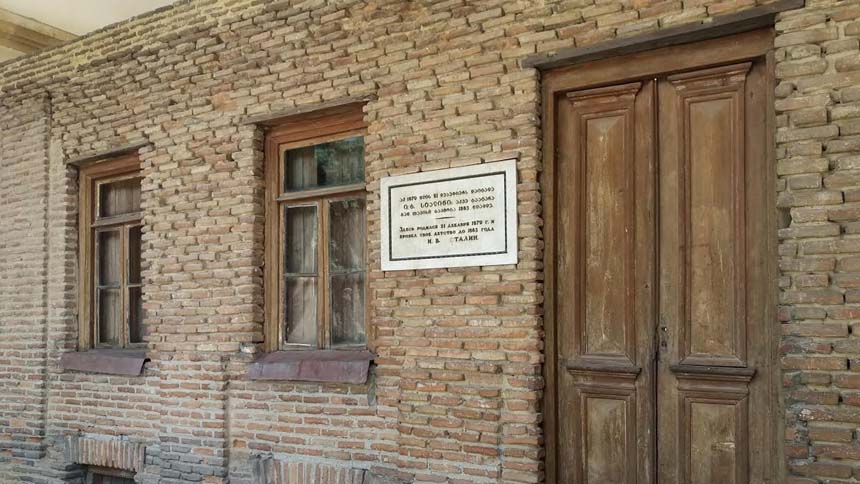 The house where Stalin was born in 1878

Gori’s locals are quite fond of the notorious Soviet leader. There are five separate homes in the town hosting private museums that function as shrines. There was a giant Stalin statue in front of the Gori Main Train Station up until 2010. However, the statue was removed as a part of the de-Sovietization movement of the Georgian government. The local government is still trying to bring the statue back to its place. There is a chance that the next participants of the Caucasian Challenge may have the chance to see the colossal statue. 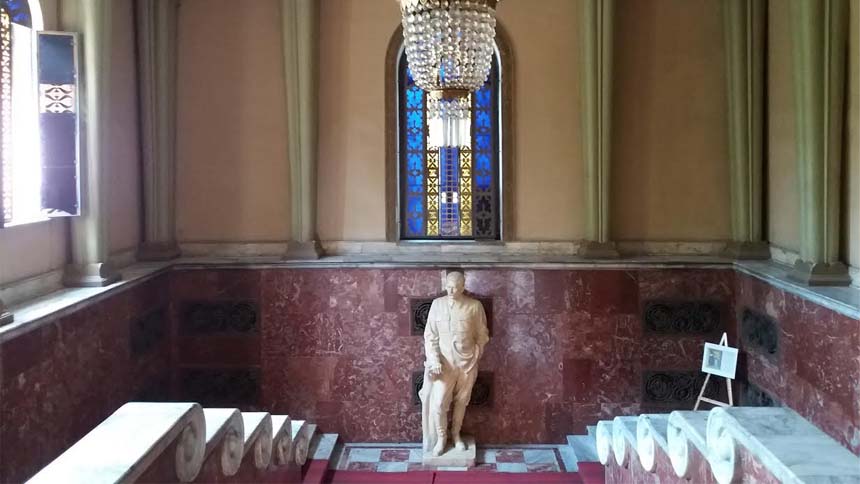 Adventure travel in the Caucasus continued towards Tbilisi after Gori. The teams reached the Georgian capital late in the evening. Their hotel was located in front of the famous Sameba Cathedral. It was a right time to party before the day 7 challenge started. 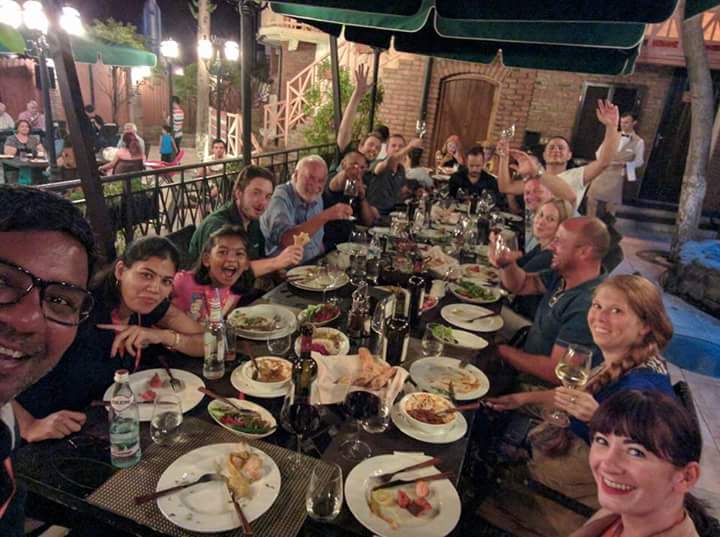 The Travel Scientists’ 10th anniversary was celebrated in Tbilisi. The day 7 challenge was pretty much doing sightseeing and partying. The Travel Scientists’ founder Aravind Bremanandam treated the participants with the most special dishes of the Georgian cuisine. Afterwards, the team members went off to finish the day partying and drinking by the Turtle Lake with local hipsters and dancing to new-age electronic music.

Liked this article? Looking for the latest in travel and adventure news? Then check out the rest of our articles at Adventure Herald. You can also like us on Facebook, follow us on Twitter or Instagram to keep up with our latest antics.
Tag adventure rally in Georgia Adventure travel in Caucasus Best car rally adventures The Caucasian Challenge The Travel Scientists