Adventure travel in Georgia continued through the steep hills of the Upper Svaneti region of Georgia on the 4th and the 5th days of the Caucasian Challenge 2016. It was an unprecented driving experience through the northern Georgian mountains for the participants who felt the pleasant feeling of going through an amazing adventure travel experience in the Caucasus.

The Travel Scientists’ famous car rally the Caucasian Challenge 2016 is ongoing in Georgia nowadays. The teams had to hike up the mountains through the Upper Svaneti region on the day 4. However, the adventure didn’t begin as easy as it was expected. The teams were on the verge of giving up the idea of riding through Mestia as it was hell of a challenge to take their vehicles from the parking lot.

Upon living their hotel in Kutaisi, the participants discovered that a street market was set on the street that they parked their vehicles. Only was to rescue the cars from the blocked street was communicating with the street sellers who didn’t have any English language skills. Fortunately, there is an important fact which can be learnt solely through traveling: language is not a concrete barrier if you really want to communicate with someone. 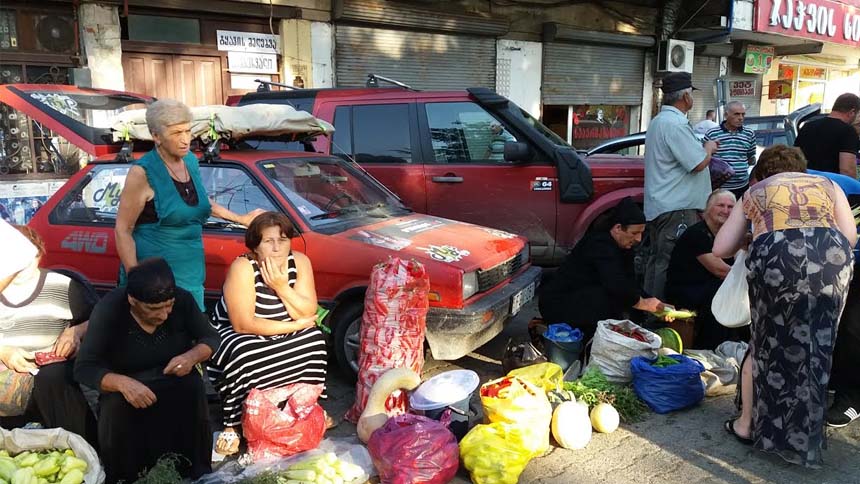 Kindness of the participants persuaded the street sellers and they opened the road for the participants of the Caucasian Challenge 2016. Adventure travel in Georgia was finally on. From Kutaisi on, the roads were quite all right; therefore, no issue came up except for the lovely cows that chill recklessly in the middle of the roads.

The first stop was Zugdidi, which is a town very close to the border with Abkhazia. From Zugdidi on the participants drove upwards towards one of the world’s largest concrete arch water dams. It blocks the Enguri River just north of Jvari. At almost 300 meters high, it’s a spectacular sight. It is also possible to drive on the dam; but, you need to be good enough to convince the guards to let you in. The participants couldn’t achieve it, unfortunately. Moreover, some Georgian police patrol cars arrived the scene right after the participants left the premises.

As the patrol cars were quite close to the participants, they didn’t feel the need to linger there any longer. So, the next stop was Mestia which is one of the highlights of the rally. Mestia is a beautiful town situated among high mountains. It is the capital of Upper Svaneti region and famous for its medieval defense towers which can be found throughout the whole town. This is not a Mestia travel guide but you should also check the archeology museum in the town – if you pop into Upper Svaneti – which is unknown to many people. 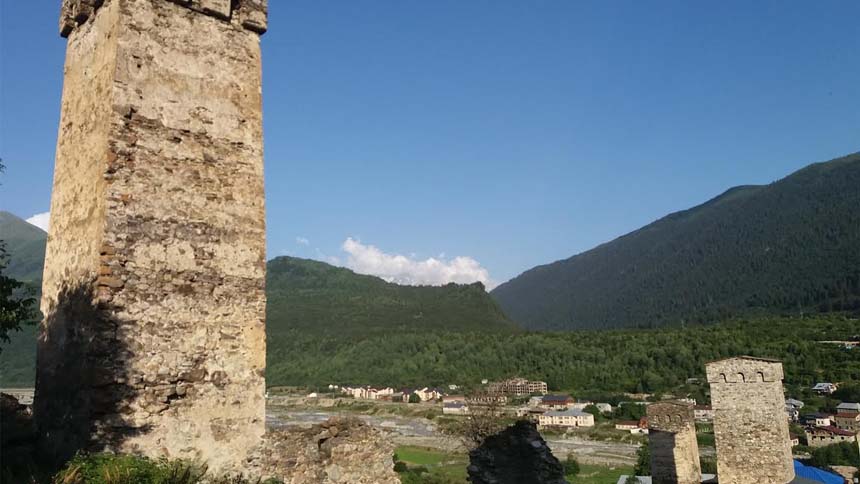 The journey from Jvari to Mestia is definitely a must-experience activity as the view is breathtaking throughout the journey. Despite the fact that there is an asphalt road, the journey is still not very easy as it is still required to climb the mountain roads. It should be added to the list of the world’s most scenic roads.

The participants arrived Mestia late in the evening and the only thing which could heal their exhaustion was the strong Georgian brandy called Chacha. Moreover, there was a feast full the delicacies of the Georgian cuisine such as Khachapuri, Khinkali, and Kubdari. 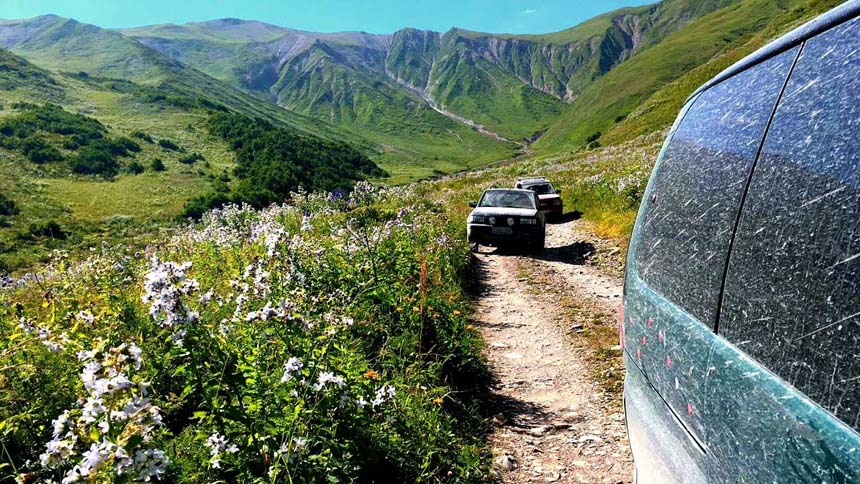 Almost the whole Upper Svaneti stage of the Caucasian Challenge from Mestia to Ambrolauri is off road driving. From Mestia to Ushguli is less than 50 kilometers; but, it takes hours to complete the route as it is almost impossible to drive faster than 15-20 kilometers per hour. And especially without a 4WD it is quite a pain as there is no proper road in the most parts of the route.

Despite all the troubles that they had been to, reaching Ushguli was definitely worth going through the entire adventurous ride as the highest continuously inhabited village in Europe offers amazing view. Well, even the view couldn’t heal some of the participants as the motion sickness kicked in. The Belgian Tom lied down on the courtyard of a café to recover from this illness. At that moment, Georgian hospitality showed itself as the café owner came out and offered helped to Tom. His solution for the motion sickness was chacha. He said that “100 ml good, 200 ml super!” However, Tom didn’t take this offer as a long way was ahead until the end of the day.

The Caucasian Challenge 2016 Participants in Ushguli

Then came perhaps the most exciting driving experience of the whole rally: the 2600 meter-long Zagor Pass. The teams were lucky that there hadn’t been much rain in the previous week which would have made the whole journey unbearable. However, there was still no asphalt road. The path was bumpy, littered with rocks and frequent streams. The road was narrow and it was winding by steep cliffs. Nevertheless, the view was worth every danger – mountain peaks, luscious valleys, and the remains of glaciers. On the descent, the path took the participants through thick forest and ghost towns. This part of the trip was so remote that only sign of civilization was the cows on the roads which could be seen from time to time.

The participants had to go through another mountain pass until they reach their final destination Ambroluari. The town is famous for being the home of Stalin’s favorite wine. The participants managed to get directions from the locals in exchange for cigarettes. The adventure travel in Georgia ended at a local restaurant until the next day brings new adventures.

Liked this article? Looking for the latest in travel and adventure news? Then check out the rest of our articles at Adventure Herald. You can also like us on Facebook, follow us on Twitter or Instagram to keep up with our latest antics.
Tag Adventure travel in Georgia Adventure travel in the Caucasus Car rally adventures The Caucasian Challenge The Travel Scientists