Panoramic vistas and quality performances from international musical acts combine to prove that festivals are not just for summer. These are the musical mountain events to know, hosted in some of the most awe-inspiring mountain adventure locations in Europe. Strap on your skis and get ready to party on the piste at some of the coolest European mountain musical festivals. 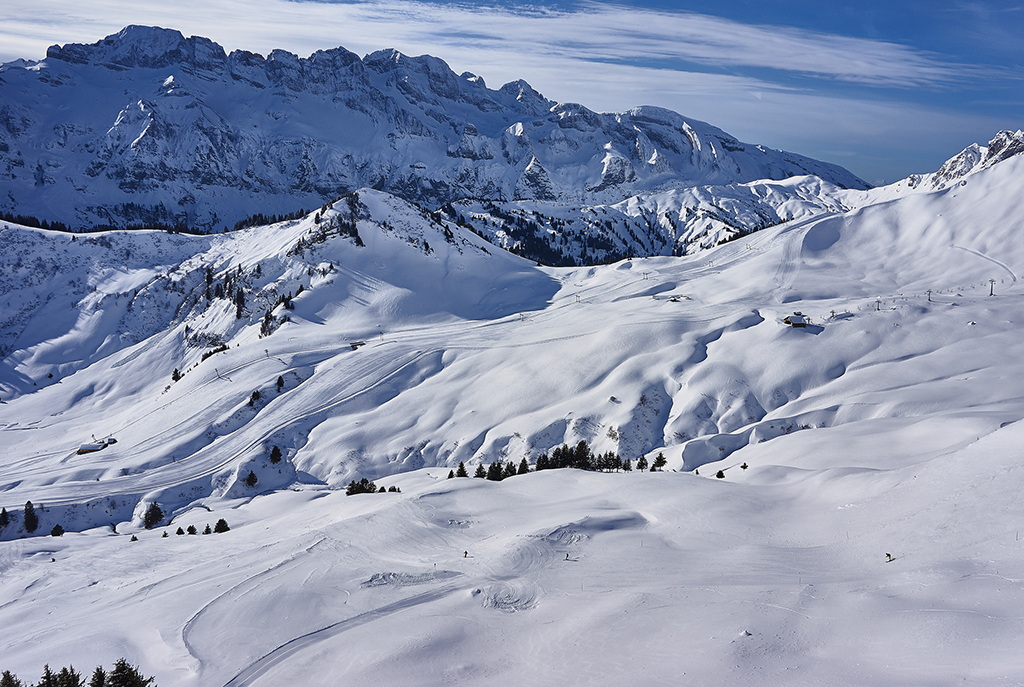 This radical high altitude music festival takes place in one of the world’s biggest ski areas, linked by lifts between the French and Swiss borders. It’s a great choice for competent skiers who want to combine a few days of zipping down the slopes with an eclectic music mix at night. The weeklong festival hosts over 80 concerts by international and French pop-rock artists a day for 25,000 people. 2018’s lineup has not yet been announced but last year’s included acts such as Rag’n’Bone Man, Caravan Palace and Matmatah. And the best part? Once you’re on the slopes, the concerts are absolutely FREE. 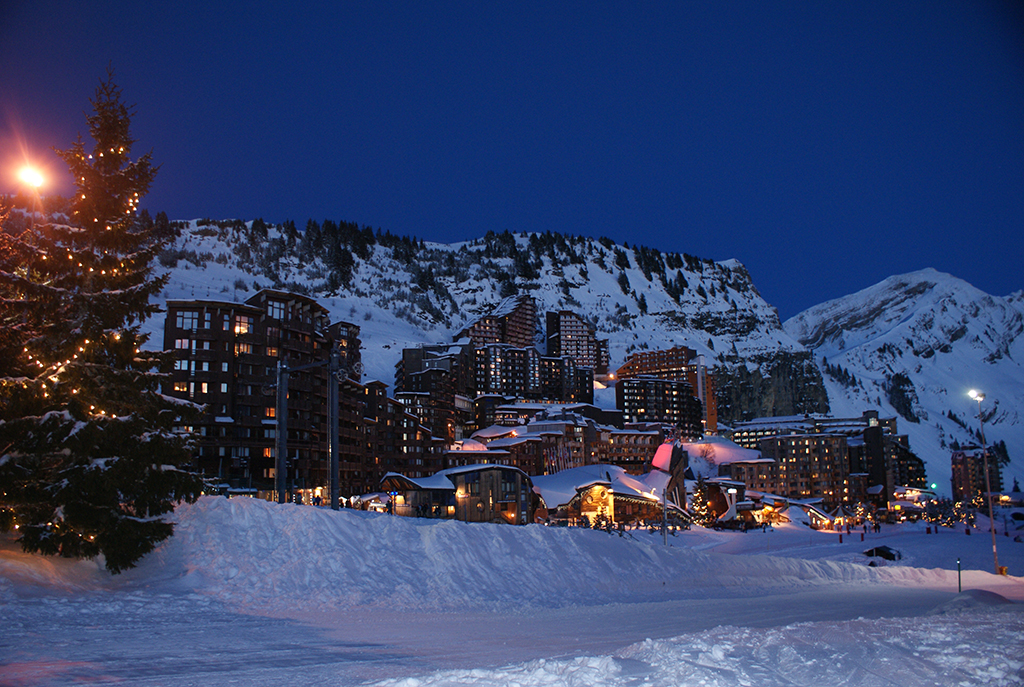 Snowboxx is an electronic and snowsports festival in the French alpine resort of Avoriaz, the biggest ski area in Europe and one of the best adventure travel destinations for snowsports.

There’s something for everyone here at this super fun slope festival and especially those who don’t need to sleep! Lineups offer a selection of techno, house, garage, grime and more, and as if the excellent partying on offer isn’t enough for you, there’s plenty of paintballing, zorbing, extreme snowball fights, disco dodgeball and a host of other activities to get stuck into. The festival is easily accessible via Geneva Airport. Snowbombing has been described as “Glastonbury on ice” and its quality acts make it one of the world’s must-visit festivals. The skiing, paragliding, 5* spas and excellent restaurants set against a glorious white backdrop are just a bonus!

Here you can expect a little of everything on the music front, ranging from Classic Rock and Britpop through to the edgiest underground DJ. 2018’s impressive lineup is set to include Liam Gallagher,  Pendulum, Dizzee Rascal, Rudimental, Idris Elba and others. 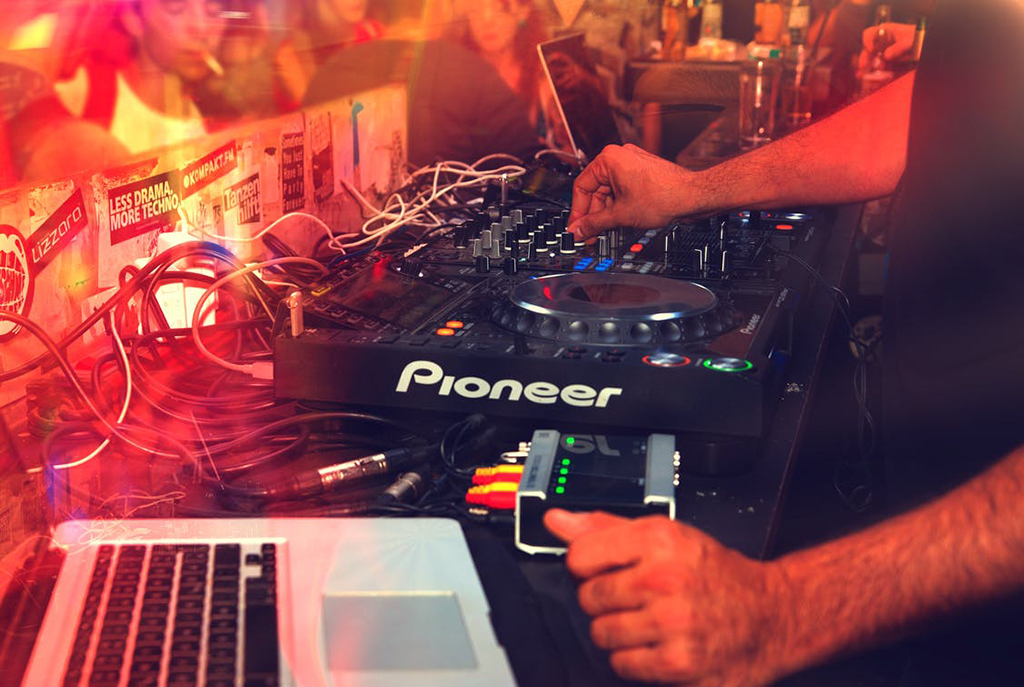 Polaris Festival was named ‘Best Big Event’ at the Swiss Nightlife Awards last year and the title is well deserved.  This event combines out of this world views with performances and activities spread among multiple venues. One such special event is Cosmic Corner, whose aim is to introduce festival-goers to yoga, meditation, healing and other conscious practices in a comfortable, accessible and intimate setting. This year promises to be an amazing experience with techno and house acts including Praslesh, Larry Heard AKA Mr Fingers and Princess P. This year’s tickets have already sold out. 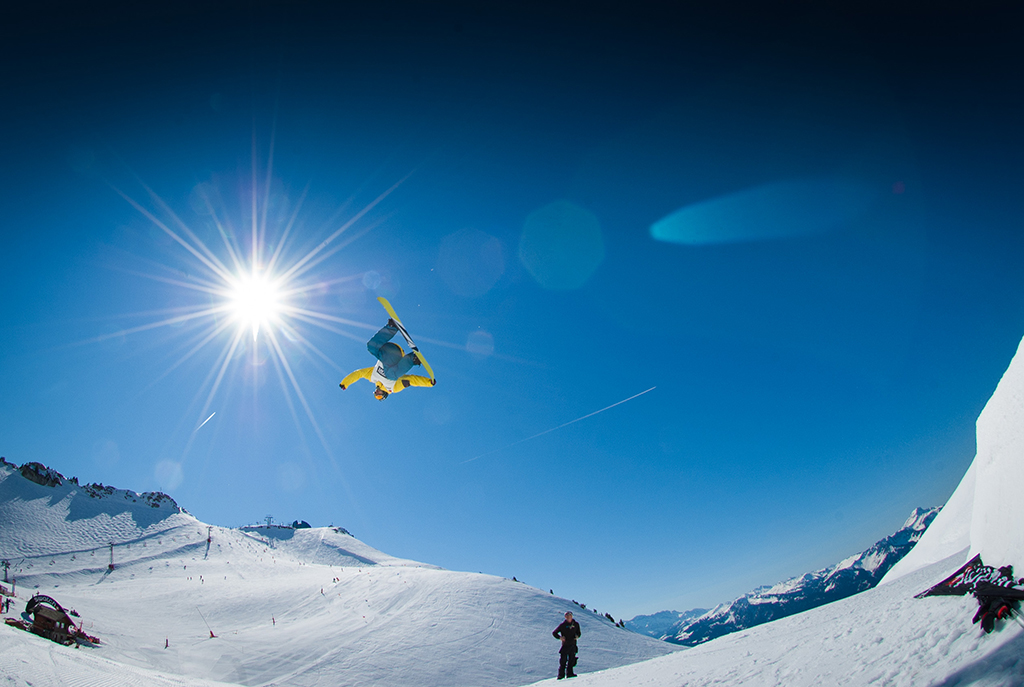 One of the coolest European mountain music festivals but also so much more, the legendary Brits boasts more than 25 years of pedigree and is famed for developing and showcasing the best freestyle skiers and snowboarders in the country, crowning the best big air riders since ‘89. During the seven day long bash which attracts ski and snowboard freaks in their thousands, you can witness the annual British Snowboard and Freeski Championships, as well as freestyle demos from the best British riders and skiers. After all the live action of the day, nightly après ski events include club nights, a great mix of live bands and world-class DJs rocking the terraces and clubs ’til the early morning. This electronic music festival is held in the budget-friendly resort of Arinsal in the Pyrenees. Previously a mainstay of the Bulgarian scene, it moved to Andorra last year. For 7 music-packed days and nights, you can encounter 120 international DJs among world-class ski conditions. Venues include the resort’s terrain park, forest raves and mountain stages. The sounds are diverse and eclectic and the backdrop is stunning.

Liked this article? Looking for the latest in travel and adventure news? Then check out the rest of our articles at Adventure Herald. You can also like us on Facebook, follow us on Twitter or Instagram to keep up with our latest antics.
Tag festivals music festivals ski ski resorts skiing destinations spring festivals winter festivals