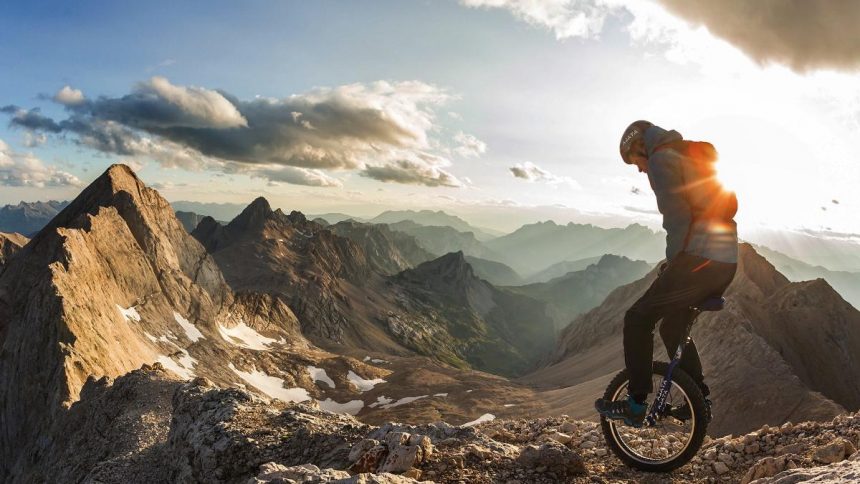 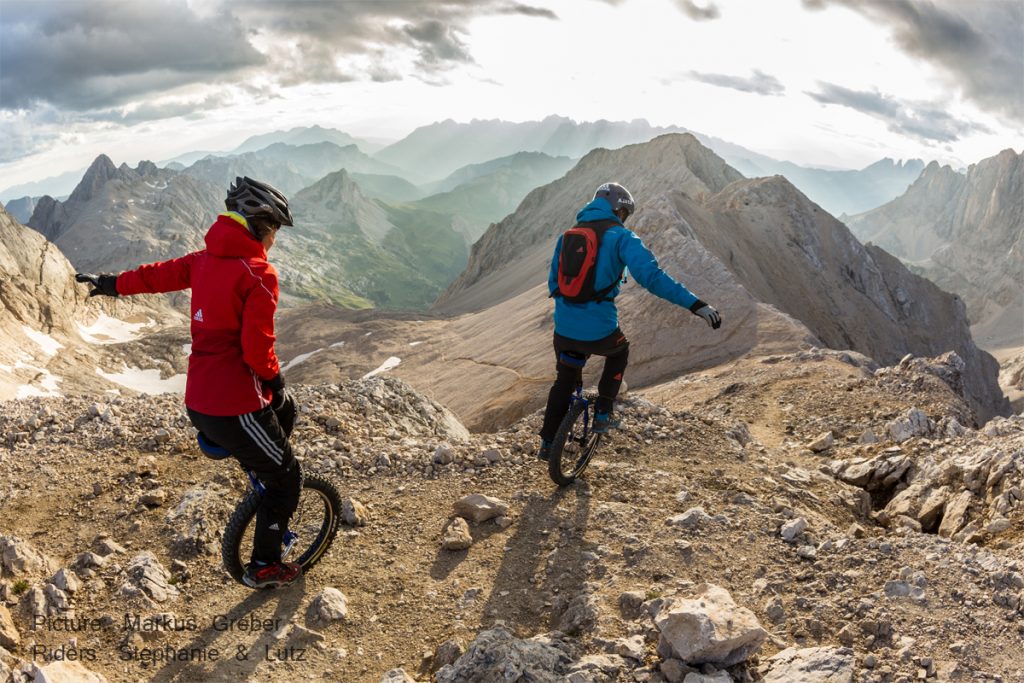 Unicycling involves one wheel, pedals and a saddle, without a handlebar or second wheel that you find on a normal bike. Unicycling traditionally started off as an act in a circus or street performance, or just as a challenging hobby. However, as you can see it’s slowly becoming a prop for adventure sports with unicycle versions of a traditional mountain bike. 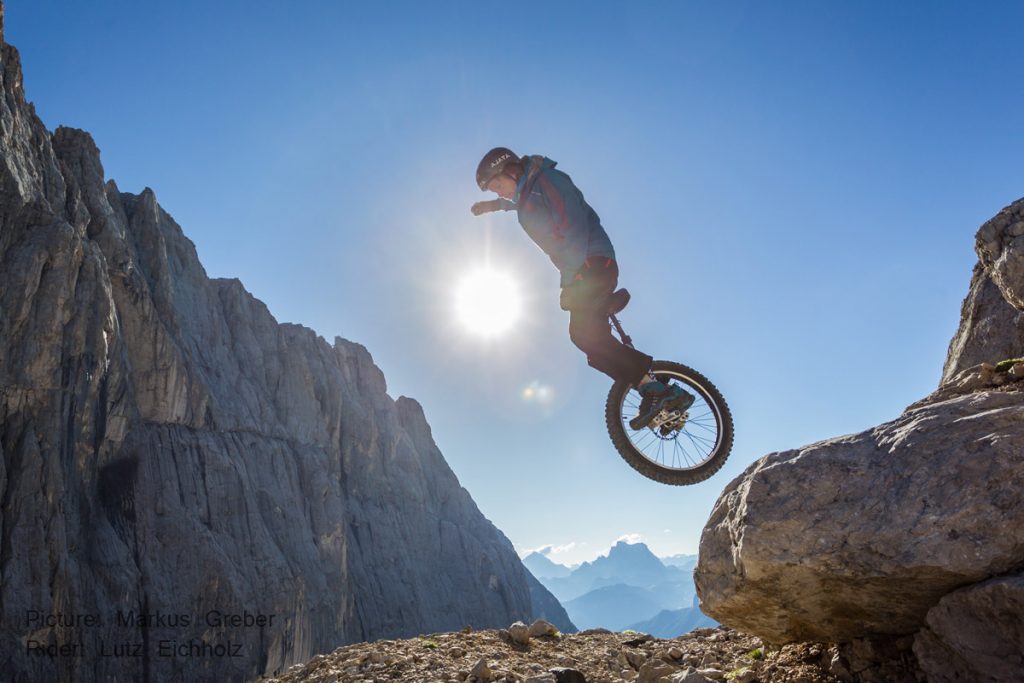 Freecycle unicycles are usually used for easy and flat terrain usually for tricks and generally cycling around. Trials unicycles are made a bit more hardier and need to withstand jumping, dropping, and the weight of the unicycle and rider on the pedals and cranks. Mountain unicycles are modified to have thicker and wider tyres so they can survive the rougher terrains such as rocks, gravels and hills. Touring unicycles are designed for long distance endurance riding. Giraffe unicycles are much much taller and are usually used in circus performance or street shows. They have much longer chains so that the rider can be sitting as high as 10 feet off the ground.

The unicycle has also made an impact on other sports, and there is now unicycle hockey, unicycle basketball and unicycle handball. So instead of getting around on your feet or skates the players ride on a unicycle instead – so that adds a degree of challenge to all of these sports.

There is a UNICON international unicycling competition, while specific to Europe is the EUROpean uniCYCLE meeting called Eurocycle, and in Asia there is APUC, the Asia Pacific Unicycling Championships.

According to the International Unicycling Federation there are several unicycling records for example the 100 meter record is held by Asahi Takada from Japan who completed the sprint in 13.257 seconds in Montreal Canada on 6 August 2014. Then there is the high jump on a unicycle record which is held by Mike Taylor from the United Kingdom who jumped 1.37 meters over a bar in Montreal, Canada in August 2014. And in other fun records include unicycling rope skipping held by Qiu Hongying from China who did 220 jumps Bejing, China on 19 August 2011. Then there’s the record for standing perfectly still on a unicycle which is held by Richam Almocera from Puerto Rico who stood still for 15 minutes on a unicule in Tokyo, Japan in 2004.

How to Try Unicycling

Unicycling takes a fair bit of balance control and practice to begin with but don’t give up too soon. Start by using a cane or a stick to balance with as you hop onto the unicycle. There are plenty of Youtube videos to give you guidance about the proper position, posture and lean of your body. Like with all things balance related looking forward is a great way to get into the right balance and posture for unicycling. Don’t look down or to the side as that will throw you right off. To begin with there’ll just be a lot of trial and error on your part, but eventually you will need to push off and start cycling. Already knowing how to cycle on a two-wheeler is probably a great help too, and some people advise holding the can horizontally in front of you to aid with getting balance. Start with short distances in safe conditions and then you’ll be well on your way to trying tricks and/or going off road.

Once you’re good at unicycling head off-road and find adventures in unusual destinations with your unicycle as your adventure buddy.

Liked this article? Looking for the latest in travel and adventure news? Then check out the rest of our articles at Adventure Herald. You can also like us on Facebook, follow us on Twitter or Instagram to keep up with our latest antics.
Tag adventure sports cycling sports extreme sports unicycle unicycling unique cycling sports